Where to Eat in Ivins: The Best Restaurants and Bars 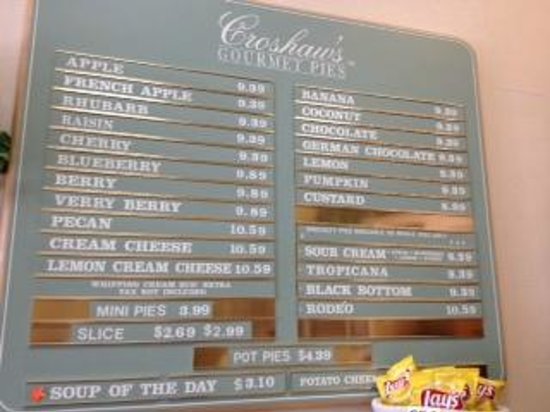 A local landmark that does not disappoint. Raisin sour cream is my favorite and it is only rivaled by rubarb. I struggle when both are available. The chicken pot pies are just great either frozen or ready cooked. This business is a candy land for foodies at dinner or desert. Hidden, it is on Bluff but in the corner of the strip center. Quick service. Call in your order to make your visit most enjoyable. 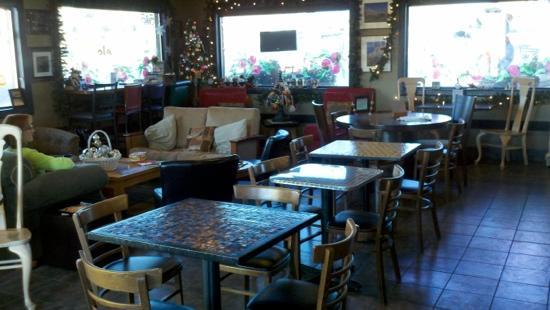 Like heaven in a cup. I wanted something cold and quick, and she had this chocolate, peanut butter concoction with coffee. My life will never be the same. 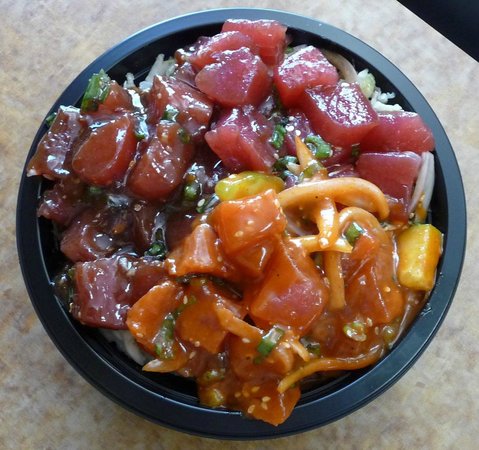 Fantastic quality and variety of poke, but only open 11-3 M-F. Friendly and knowledgeable owner. Humble but spotless surroundings but must -try place for lunch or takeout when in St. George. Despite hours and decor, probably my favorite place in the city 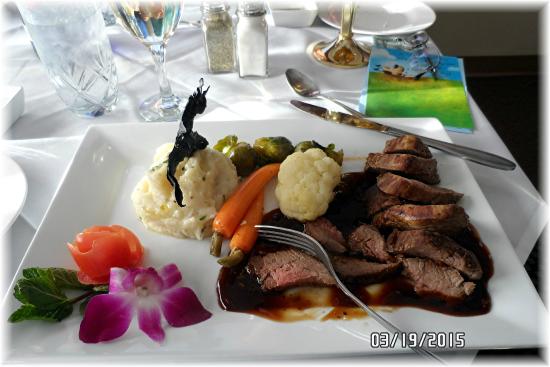 Creative innovative menu. The executive chef visits with every table during the meal, and brings flowers to female diners for special occasions (my wife celebrated a birthday and my daughter celebrated running the St George Marathon). The day of our visit the kitchen had some repair issues that delayed prep so our meals took longer than usual and some of the dishes were not as hot as optimal, but this was not the case on our prior visit so I think it may be an isolated issue. Importantly, it did happen because I think the executive chef does all of the prep work and food preparation so he doesn't have help when it gets really busy. 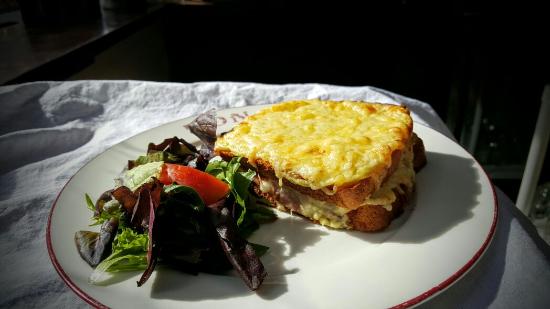 Brunch, Lunch, Dinner is the occasion to visit this lush patio dining spot along Santa Clara Main Street. Tucked in on the South side of the street with Residential and Commercial Boutiques on either side of the French themed outdoor dining area.

Where life just slows down long enough to leave the desert and relish in the respite of great food, great service, and garden like dining.

Specialty menu items: Crepe, Quiche, Steel Cut Oatmeal, Pain Perdu, and the best darn French Toast (made by a REAL French Chef) this side of the Atlantic! Dinner is a reservation thing, so call in when you know you are going to be visiting to reserve a table. 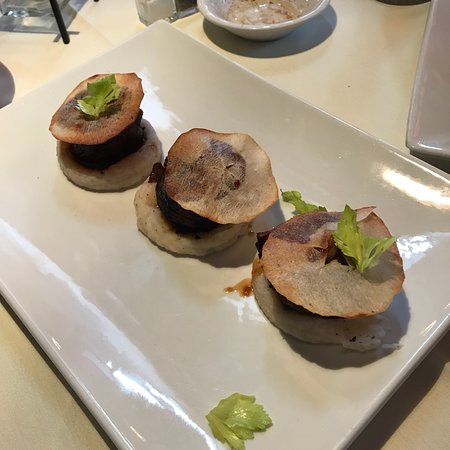 Having been to many restaurants in Utah I dare to say that the Painted Pony St George is the best restaurant I have been to in Utah. Probably the only dissonant is the entrance to the restaurant (you have to go up some stairs located in a kind of deserted shopping ally) but let that dissonant quickly be forgotten once you are upstairs.

The menu is as it should be, 2 pages in total, with plenty of variety. I opted for the Phyllo Baked Brie. Brie can be a little without taste, but the berry compote and the roasted garlic provided with this dish make a nice harmony. Maybe just a little bit too large serving to my liking, it is as it is. My main was the Hanger steak, served in a nice red wine based sauce with broccolini and truffled ruffles. All great, meat cooked to perfection and served sliced already. Forgot to say, whilst waiting for your food they serve a nice basked of French style bred and olive oil to dip it in. All very well prepared and thought off.

Wine list per glass is also big enough, which was good as I was on my own and could not drink a complete bottle. I also notice the staff were continuously polishing the wine glasses to ensure they were not stained, small details but it proofs all is very well managed.

I finished off with a nice desert, a so-called cheese cake tower (it sounds bigger than it actually is). Maybe a little too sweet, probably to satisfy the local taste buds, to be overcome still, it was simply excellent despite the sweetness. 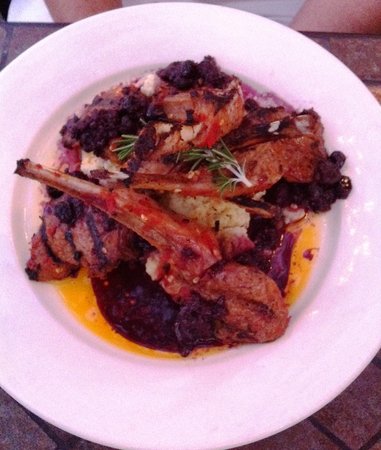 Locally owned cafe in the heart of the Kayenta Art Village. Specializing in local, grass fed beef, full espresso bar, wine and beer, and an eclectic menu. Patio seating available with incredible views, a menu that has something for everyone, including many gluten free, vegetarian, and vegan options.

After hiking in the Red Cliffs area, we decided to explore the Kayenta area and found this cafe near the art center. Really cute place with great views, indoor and outdoor seating. The staff were really nice, helpful waiter. Service was very good, considering how busy they were. We split both a Classic Burger and a House salad and both were excellent. Loved the matchstick sized fries. Also had the homemade cheesecake for dessert which was warm and delicious (maybe a bit too much cream cheese - if that is possible). Will definitely visit again if in the area. 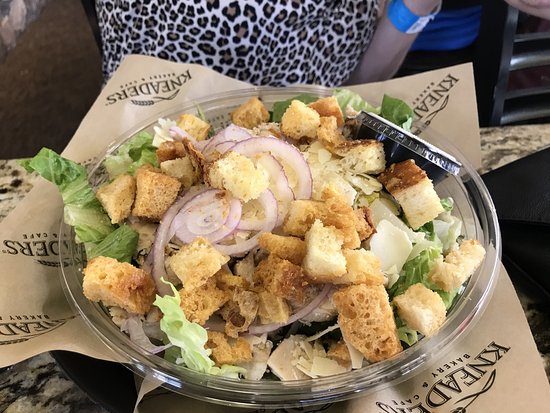 So I know it's not good to go out the day before a holiday but when you have requests from the family members for certain types of breads you go here. I recommend going early enough or ordering ahead of time so you are not settling with the leftovers. Today the line for preorders was out of sight and the line internally was turned and out the door. But that was because there were not enough checkers for a bit and no longer enough choices to eat in but they were making every effort to stock the shelves. Not one person lost their cool. It's always good to have a favorite place to shop and eat! 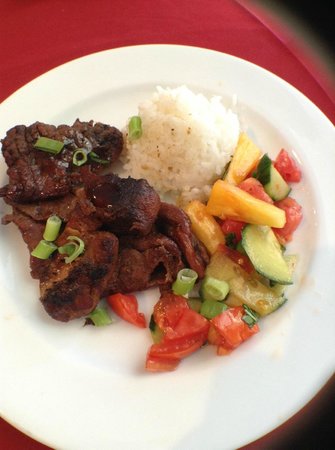 Kaiili's is a very small (just a half dozen tables inside) comfortable restaurant. The food is Hawaiian. The owners are Islanders, during the growing season they use herbs and vegetables out of their two large gardens, food is fresh and well prepared. We have been going off and on for many years and have never been disappointed. The Chicken teriyaki is very good, But so is everything we have had. They are only open on Thurs - Sat so plan ahead. Don't miss it. We have had the teriyaki chicken, rib eye, fried rice, fish, it is all good. .

Nice atmosphere and personal service. Best of all a simple menu of Mexican favorites, so each one is easy to attend to make to perfection. My wife really enjoyed her beef quesadilla. Frequently a quesadilla is lacking in fill and presentation but hers was toasted to brown perfection, loaded with meat and ample size. My beef burrito was the same - rather large. loaded with meat and done up to perfection. Unfortunately it seems rare for us to find a Mexican restaurant that satisfies us both so well with different selections, so that's another happy stance.