Where to Eat in Hearne: The Best Restaurants and Bars

Hearne (/hɜːrn/ hurn) is a city in Robertson County, Texas, United States. As of the 2010 census, the city population was 4,459. The city is named for a family that settled in the area in the 19th century and promoted the construction of rail lines through the city. 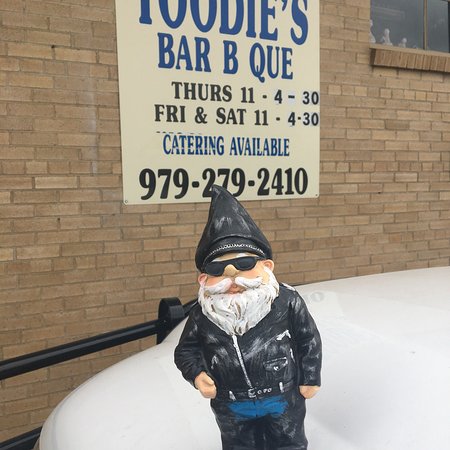 Just happened on this place. It doesn't look like much from the outside but fabulous inside. You could tell a lot of locals enjoy this bar b q. The service was friendly and the food was delicious. They even had homemade pie. The brisket just melted in your mouth and the sauce was definitely fresh made. It was a counter order and you served your own drinks. It had long tables and was very clean. Will go again. Don't let the outside stop you, Enjoy. 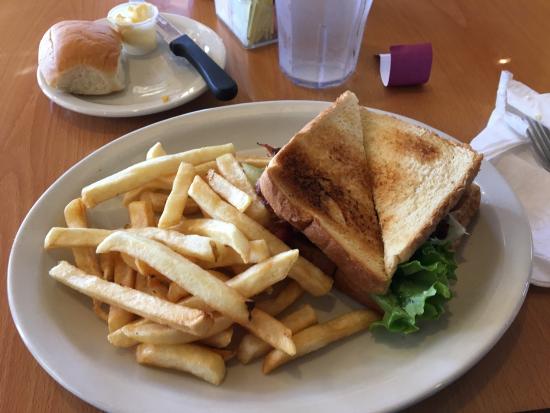 Stopped here for lunch while traveling and enjoyed it. I had the meatloaf and it was good, portions were large. My daughter had the chicken fried steak and it was excellent. The rolls and cornbread were very good as well. Our waitress was a little slow, but overall I would return. 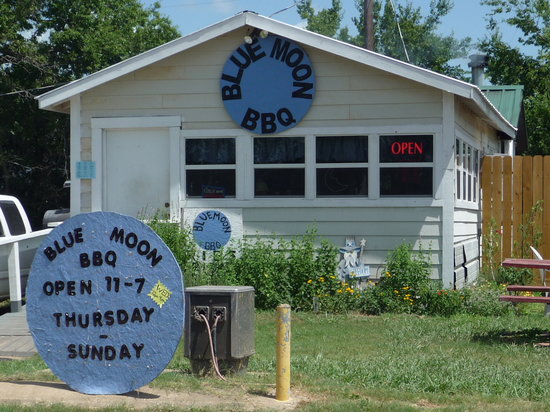 The Blue Moon BBQ is located at the corner of OSR and Macey Road in rural Brazos County, Texas. The barbecue comes highly recommended.

The Blue Moon BBQ is a typical country BBQ joint in Texas! It is out in the middle of nowhere NE of Bryan TX and SE of Hearne TX. The place is quite small. There is ample parking. There are two tables for about 6...MoreThank you Dan for your review. You have indeed described us very accurately. Your review was refreshing and gave great insight to a country place. Look forward to serving you again. 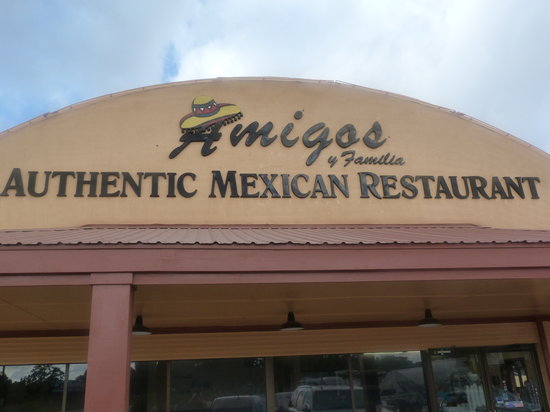 Amigos y Familia is an excellent restaurant in Hearne, Texas; its telephone number is 979-279-9040. It&apos;s a good restaurant.

Ranked #1 in Hearne. Wow very inaccurate rating. Food took over an hour,(grilled Cheese,cheese enchiladas,shrimp tacos). All bad tasting and under cooked worst Mexican food we've ever tasted. The only positives were the chips and salsa, and tea. Will not be making this mistake again. I would definitely advise against this place. Save your money!!! 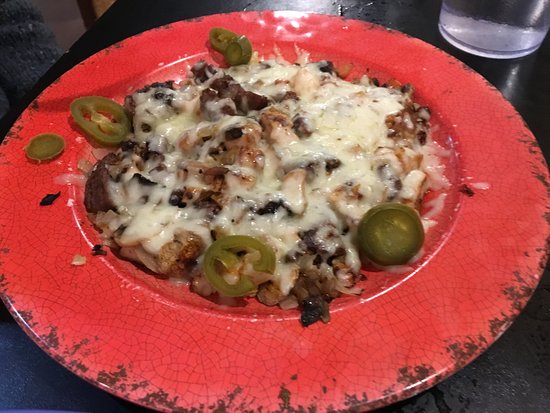 We have eaten here many times - primarily because somebody else wants to go there. The food is very good and quite tasty. THere is ample parking and the prices are average.

We were a party of 6, one of which was an infant. We asked for a high chair and it was brought promptly, but the strap to hold the child in was broken. Why wouldn't they fix that instead of trying to use it? We asked for and were provided another one.

Chips and salsa are standard fare in a Mexican restaurant, but they were out when we arrived and were preparing more. It was about a 10 minute wait while they did so. To run out of the salsa is inexcusable and shows to me that the kitchen management is not what it should be.

Also, there is a sign when you enter the place that says don't expect fast food. Every time we eat there, and this time was no exception, food coming out of the kitchen is very slow. No, we don't expect fast food, but waiting in excess of 30 minutes for our food after the order is taken is not good.

Our server was very good and quite attentive. Overall, we enjoyed the food and her service but were disappointed in the kitchen operation.

We do not plan on going back, but probably will as others we go out with from time to time may want to go there, but it is not our first choice in Hearne. 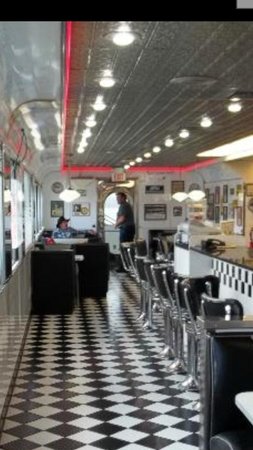 Leaving town we stopped for breakfast. Food was good! Atmosphere was fun. I'm kind of a coffee snob so I think that would be the only complaint. Will for sure eat there again! 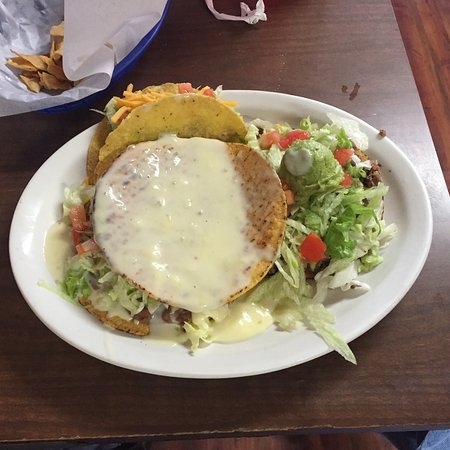 El Alamo is a small restaurant tucked away in downtown Hearne, TX, so unless you are going to it, you probably don't even know it is there. It is locally owned and has been in business since the 7o's I believe. The staff is friendly and most helpful. Mary Alamo, the owner is there most of the time and she is just as friendly and helpful.

The food is excellent and the portions are normal to large. The food is like home cooked and it tastes great. I enjoy eating there and so does everyone else I know who goes there. I have never had a bad meal or poor service. The menu has plenty of options to select from and the prices are very reasonable. The atmosphere is simple, but very down home comfortable. This is not a fancy high end restaurant which is why it is so good.

For all the good people in Bryan-College Station TX who are only 25 minutes away and have never eaten here -- get in the car and go to Hearne. You will not be sorry! No, I have no connection with the restaurant or the family - I just think it is an excellent value for the dollar which is hard to find in area restaurants.

There is plenty of downtown parking available.

Ama's Restaurant was located next door to our hotel, so we gave it a try. Although we didn't receive the friendliest greeting and we seemed to be lost to the overwhelmed staff's memory once we got seated, things soon began to go well. Our Margaritas were very good, and the dinners were hot and well-prepared, very tasty. Not a bad choice, and reasonably priced, ample variety as well. 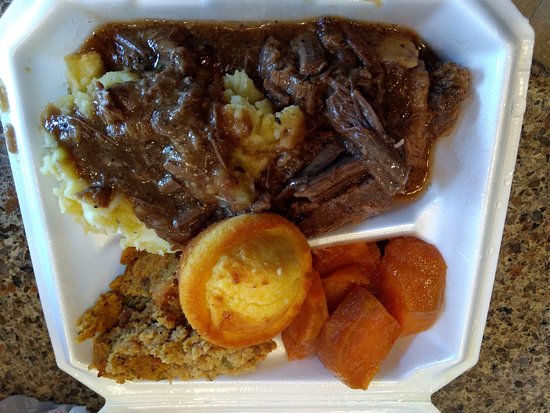 The motto of The Oxtail Factory restaurant is "Soul Food at its best!" and they are not kidding. We are soul food fans and drove 60 miles to sample their food one Sunday (most days, we learned their hours are 11 am - 3 pm; on the Sunday we went, hours were 12 noon to 4pm). There were half a dozen cars waiting for the doors to open which was a good sign. Once we entered, we all watched as the wonderful smelling, steaming dishes were placed into the buffet serving area, we were thanked for our patience and friendly, helpful service began. Every day, this buffet offers 3 meats (this day it was oxtails (always on the menu), pot roast and fried pork chops) and several sides (selection was mashed potatoes, rice, broccoli-cheese casserole, yams, greens, green beans and corn bread casserole) from which you select 3 and bread or cornbread. There were also a selection of desserts: banana pudding, cobbler and various cakes. This day, we sampled oxtails and pot roast (both absolutely melt in your mouth delicious), rice, mashed potatoes, greens, yams, and cornbread casserole (all very delicious), everything piping hot, well seasoned, flavorful and fresh. We were served very generous portions (but managed to eat it all) and prices were very reasonable. Our two lunches with tea and one dessert were $27. We will be back and highly recommend.