Where to Eat in Gyor: The Best Restaurants and Bars

Győr (Hungarian pronunciation: [ˈɟøːr] ( listen); German: Raab, Slovak: Ráb, names in other languages) is the most important city of northwest Hungary, the capital of Győr-Moson-Sopron County and Western Transdanubia region, and—halfway between Budapest and Vienna—situated on one of the important roads of Central Europe. The city is the sixth-largest in Hungary, and one of the seven main regional centres of the country.
Things to do in Gyor 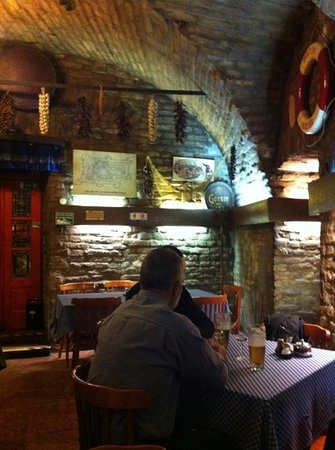 I have never been treated in a restaurant like last Sunday in Matroz. Me and my friends were visiting Györ and decided to have lunch in this restaurant, so we entered and ask if they had a free table for 3 persons. The waiter´s answer was a direct question to us: "Do you see any free table". We leaved the place immediately very disappointed and angry. I cannot say if the food is good or not. I just can tell our unpleasant experience. 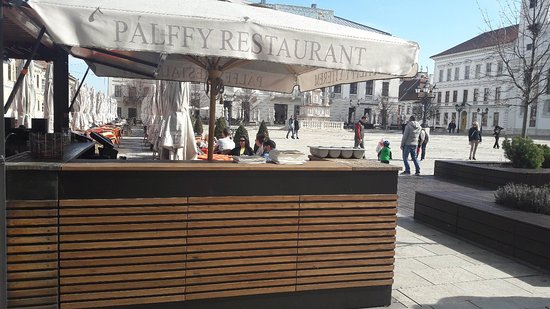 On Györ's impressive Széchenyi tér. Not an unchanged antique, but pleasant booth Seating and overall an agreeable sense of having been part of the city for some time. Congratulations to management for no intrusive canned music.
We enjoyed their crispy chicken and pike perch with tartare sauce, accompanied by Szentkirályi dry white wine. 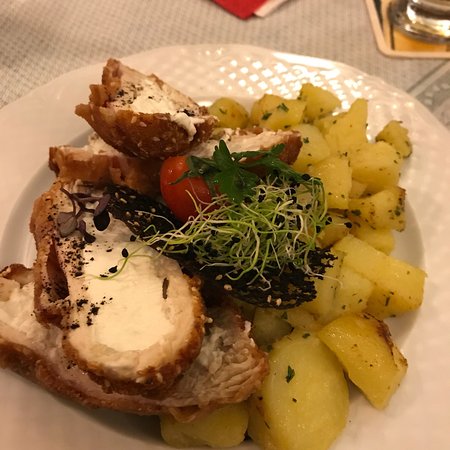 We would like to kindly welcome our guest who are intend to have hearty appetite for dining out in our cozy restaurant. Our menu puts great emphasis on wild hunted food which makes Hungarian cuisine so unique. Satisfaction is guaranteed.

This place really stands out for their excellent service and genuine Hungarian cousine. We had a table of 4 booked during the local Goose Festival in November. The service was friendly and welcoming.The presentation was beyond our expectation and the food was hands down the...MoreDear Szabi, Thank you for taking time and rating us on TripAdvisor. We are particularly happy that you had a nice experience with us. We truly hope we can welcome you back soon! All the bests and happy new year, Tamas Tuske 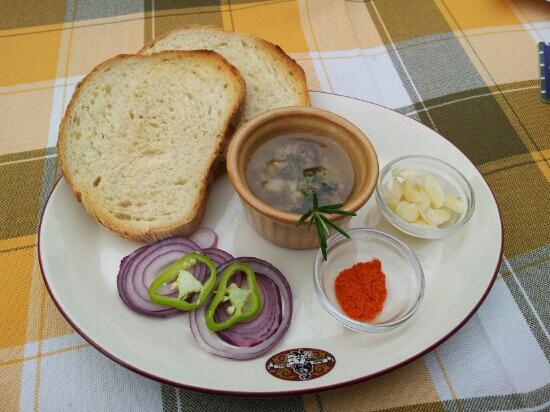 Not to mention very good stout, the restaurant kitchen was also delicious, highly recommended to all British beer lovers 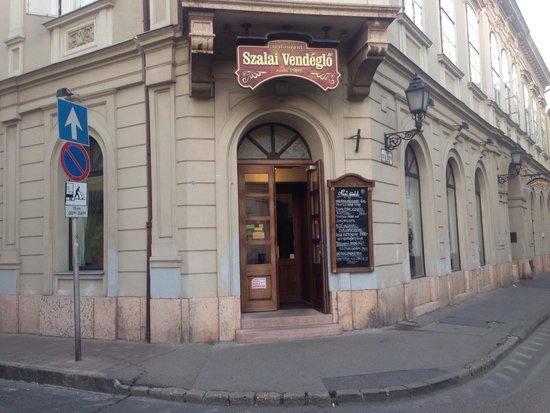 Went there for a celebratory dinner with family. Instead of flagging that closing hour is approaching and we should place final orders, waiters started ignoring us from 9:30pm(!) onwards, after they served mains. No Deserts, drinks, coffee. It's a shame, place has potential 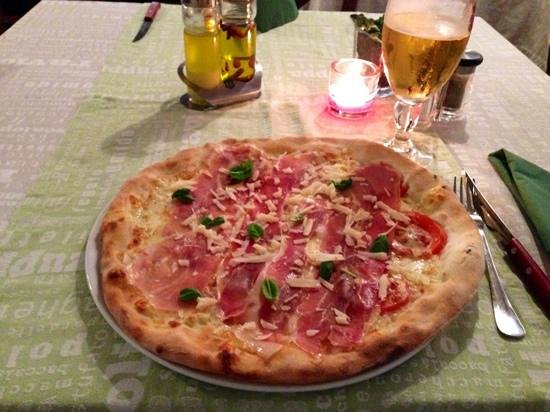 Reviewed By Giacomo B

I had dinners here in April, it was a corner of Italy in Gyor, with "Bucatini all'amatricicana" with "Culatello" and "Pecorino"! (Forn Hungarians, it is the really Italian recipe, with Italian ingredients, they are very very expensive, please thanks Daniele Carrera) 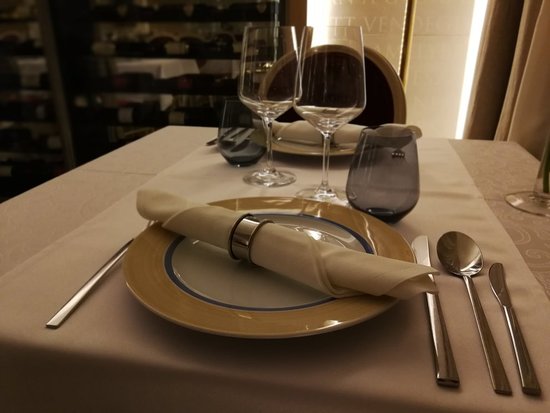 This restaurant is located in the center of Győr. I have visited the restaurant multiple times over the past year's and it has only become better. The staff is always kind and answers questions well. Szilveszter, the headchef, does a great job with delivering quality food at a good price for the quality, with also a small waiting time. The menu is special as well because it changes with season and the chef can sometimes serve off the menu items for children. The services such as the bathroom and such are all modern and are above standard against the Hungarian but also European competition. Best restaurant in Győr and I can't think of any negatives about my experiences here. 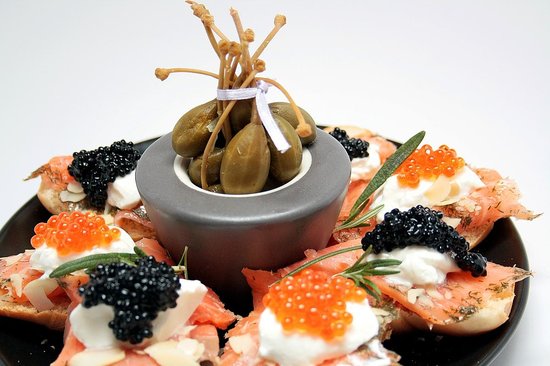 The first Wine Bar of Gyor! Fantastic spirits sortiment, professional - qualified staff, regional and international food and beverage specialities, family environment, genuine care await our guests! Take a culinary journey with us! Our Sommelier pleased to offer a good selection of great wines from Hungary. You can choose between 100 different Hungarian wines by the glass, sparkling wines, 34 different whiskies, Cognacs and any Hungarian destillates. Our gourmet kitchen do not knowingly use genetically modified foods, we use fresh local ingredients only. The wine can enhance the perfection of perfectly prepared dishes. We hope, we can meet soon in the not to far future in Our small, familiar Wine Bar & Restaurant! “…a morsel of experience with a mouthful of wonder…”

We stopped here for a wine.........and ended up staying for several bottles of excellent wine and the best food we ate in Hungary. We let Tolvaj choose the food. We were expecting a cheese/charcuterie plate, but got the most incredible, creative and different food. Things...MoreThank You Very-Very Much!!! 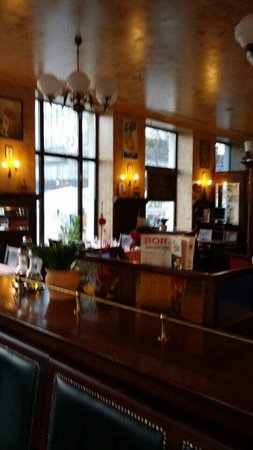 Well, after my first great review, I'm disappointed that I have to write a bad one! We went to the Belgian Restaurant 2 days ago as a 'special treat' after the previous good visits we had last summer, and we were badly disappointed!
The service wasn't even luke warm. As for the food, instead of the previously experienced pretty, modern, artistic presentation, my starter (called 'The chicken's walk through the forest') arrived looking more like "The chicken that got run over'. The dish is supposed to be chicken livers with mushrooms and a salad. It was all that, but the mushrooms were bitter and tasted disgusting, and the salad was the cheapest bag of leaves you get in Tesco (cabbage, iceberg lettuce, carrots, endives etc.) rather than the selection of fine leaves of baby spinach, lambs lettuce and rocket salad, that was part of the dish last year. The presentation was awful and off-putting. Same goes for my husband's starter, which was just some parma ham, cheese and lettuce mixed together, it didn't look appetising at all and looked and tasted like something a teenager would throw together for a snack. The main wasn't much better either and we both agreed that the quality of the food was something that one would expect at a petrol station. After all this, they kept us waiting for over 15 minutes with the bill, when the restaurant wasn't busy at all; they were washing glasses at the bar instead and putting them away, and kept saying 'just a minute!' 10% service charge is included in your bill, and personally I didn't mind that last year, in fact we tipped another 10% because the food was so good. But this time the 10% service charge for service and food way below par, is just unjust. So this restaurant is now on the 'We will not go there again!' list. Sadly, as it was a great place. If they have a new chef since last year, they would best get rid of him/her, because one doesn't go to a restaurant to eat worse food that one can cook at home... 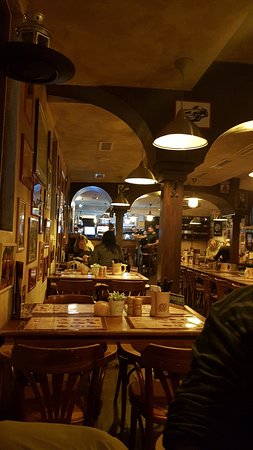 We are natives from Budapest with huge restaurant experience but the food at this place is magnificent. If you visit Gyõr, you don't miss this place because the meal is amazing. Huge range of different foods and the view is fantastic from the top of the boat. The staff was very fast but not extremely kind. It worth the price totally.