Where to Eat in Gulf Breeze: The Best Restaurants and Bars

Gulf Breeze is a city on the Fairpoint Peninsula in Santa Rosa County, Florida, United States and is a suburb of Pensacola which lies to the north, across Pensacola Bay. The population was 5,763 at the 2010 census and by July 2016, that had increased to an estimated 6,466.
Things to do in Gulf Breeze 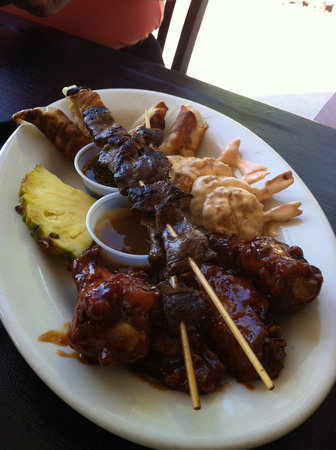 The Papa Nalu Aloha Grill, located in Gulf Breeze, Florida, is a little taste of the islands here on the mainland! Our large party of ten family members were seated promptly and our waitress was patient and helpful. The menu had plenty of options, including: entrées, sandwiches, wraps and salads. Something for everyone! We were pleased with all of our choices, and the kalua pork was especially tasty. I wish that I had more room for a piece of Haupia pie. Only negative was that the kids meals were a little on the small side, so our younger grandchildren needed ice cream soon after our meal! We will visit again when in the Gulf area!

2. The Grand Marlin of Pensacola Beach The Grand Marlin Restaurant features a main dining area with a shucked to order oyster bar, exterior North Drop Bar overlooking the beautiful Santa Rosa Sound, and private meeting rooms. This Pensacola Beach restaurant, with an air of island casualness, serves the highest-quality cuisine, including the freshest local seafood featured on menus designed and printed daily to take advantage of the local bounty. The atmosphere creates a fusion of the Caribbean and the Pensacola Bay Area. Executive Chef Gregg McCarthy has a passion for great-tasting food and particularly loves working his culinary magic with fresh Gulf Coast seafood. Boaters and beach-goers feel comfortable in shorts and flip-flops at the oyster bar, in the dining room and at the North Drop Bar. The Grand Marlin has a space and atmosphere for all occasions and is looking forward to creating an authentic experience between time and tide.

Always go on Monday’s for half off oysters when in town. We had a large group and made reservations and wanted to do appetizers and oysters before dinner. Usually we go to the oyster bar but this time they split us up and had most by tables to right of main bar. Others at oyster bar and no problem getting drinks or oysters for them. We waited for ever to order and oysters took over 30 minutes while others who came after us had multiple orders delivered. Very disorganized. Been coming for 6-7 yrs and worst service this year. We had 15 in group and dinner went better. Food good and quick. The ciopino is back on menu ( wasn’t last year at this time). It had very little angel hair pasta and the sauce was burnt. Very disappointed. It was a meeting day night and tables were available which I have not seen before. Not sure if overall quality issues we had is becoming the norm. 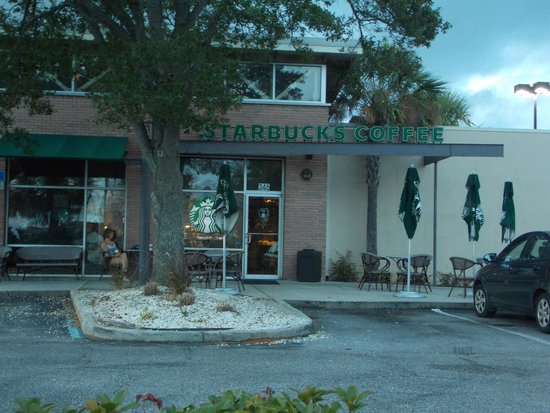 Towards the end of vacation, I learned that my son wasn't going to head back to Orlando, Florida for another hour. So, we decided to get breakfast sandwiches and iced coffee at Starbucks.

It was so much fun getting to spend another 25 minutes with my son while enjoying nice cold drinks. While the drive through was busy, inside service was still quick and friendly.

I really enjoyed our food and drink and I am glad we chose this location to say our final goodbyes. 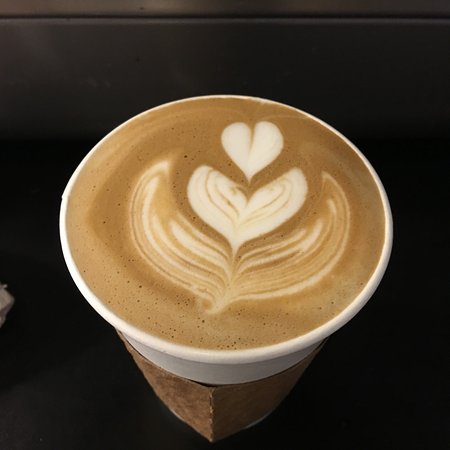 I ordered 2 sandwiches and 2 coffees for $29. The coffee was okay and sandwiches were good. I also waited over 30 minutes for them to be made since there was only one person working in the whole place. I'm sure they will get this all worked out eventually and they have a great lounge area and view. It's just not the type of place to grab a cup of coffee to go. 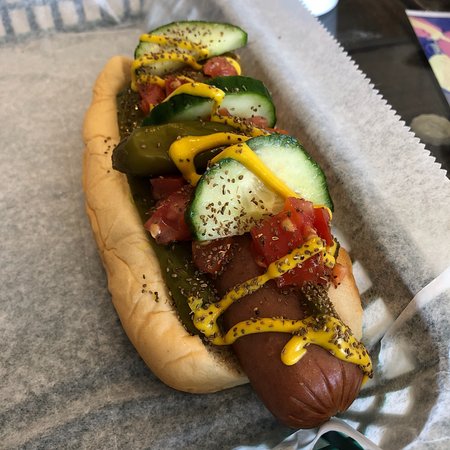 Stopped in for breakfast with a friend on a Sunday morning. The place obviously is better known for things OTHER than breakfast, but we had a couple of very tasty breakfast burritos.
The place isn't very big, so seating is at a premium, but that's just part of the vibe and atmosphere. The coffee is also serve yourself, and the coffee ran out while we were there, but the staff refilled it promptly. The place was busy, but everyone's orders seemed to come out pretty quickly.

I would go back for breakfast, and I'm looking forward to trying the hot dogs, next time I'm in Pensacola. 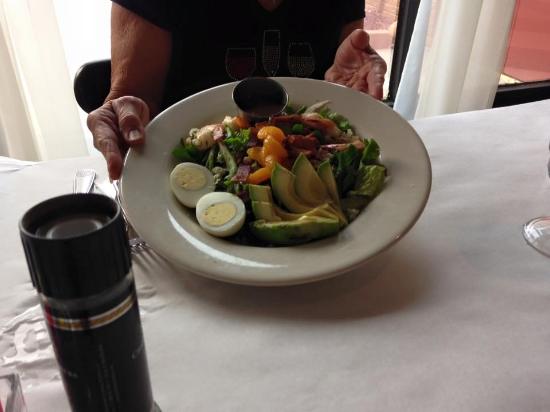 Okay, so this is actually part of the Quality Inn - which actually isn’t so quality... but the restaurant/bar is really good. La Brisa is the Quality Inn’s restaurant and bar, but it’s really good. Great staff, great little bar for drinks and they serve some terrific food. The burgers are amazing - but they have several options are really it’s good stuff. Check em out! This place is packed out for breakfast with people standing on the outside of the restaurant. Go when they open for breakfast or an hour before they stop serving it , not as much waiting during these times. The prices were great and the portion size is large. The dinning area is extremely small. The tables are so close you dont know if you are sitting with your party or someone else's. I feel terrible for the wait staff, they can barely get to some of the tables and then when they deliver the food it is worse. The chairs are old and uncomfortable. They feel like you are about to break them if you adjust it while you are seated. 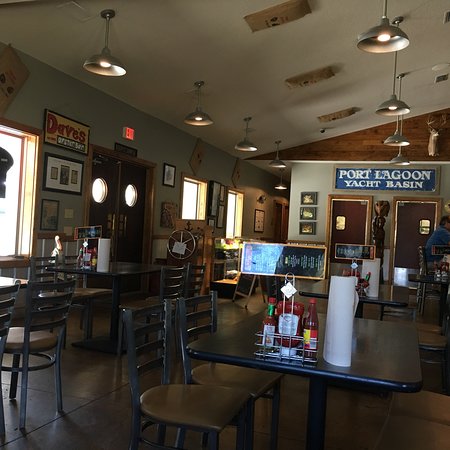 This is a local favorite. Dave&apos;s Oyster Bar and Grill is all about Oysters. Get them raw, backed, or steamed. Also serving other seafood and non seafood options. Beer and Wine also available.

While taking the scenic coastal drive across the Panhandle, we stopped at Dave’s for lunch. Kim was our server and she was fantastic, very friendly and helpful. My wife had fish and chips. The chips were called Sidewinder fries and they were excellent; they were thick cut curly fries. I had an oyster poboy with a side of hush puppies. The oysters were large and juicy, just awesome. The hush puppies were great also. On top of this, the price was very reasonable. This was a great stop. 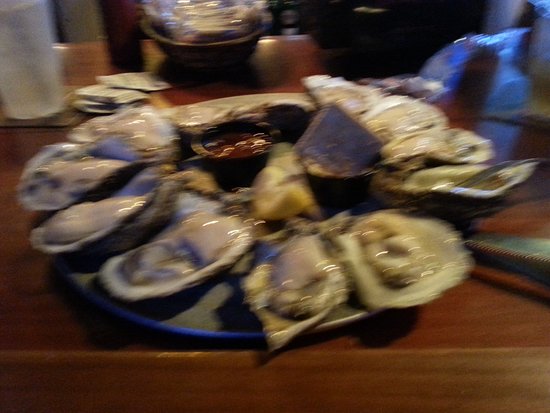 This place gets busy, but the kitchen and wait staff are on point! Service was prompt, accurate, and attentive. The food was really good and I would recommend the baked oysters Lafitte. 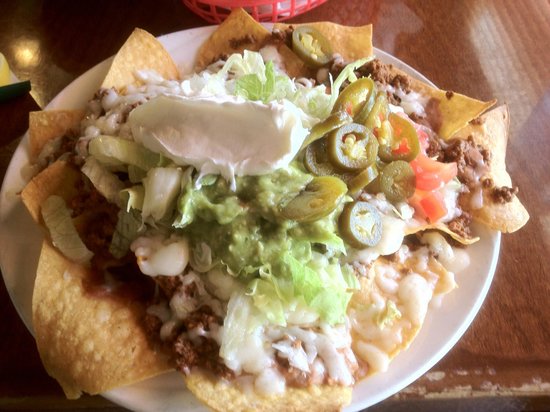 Sorry to say, the food at this establishment is mediocre at best.

I ordered the Enchilada Supreme (which includes 4 Enchiladas- ground beef, chicken, bean, cheese)- chicken tasted canned, beef was the lowest grade ground beef imaginable- pieces of gritty bone in it, the bean enchilada was blah- the cheese enchilada tasted OK. I had to order a SIDE of re-fried beans- (not included in the dinner)- AGAIN, straight out of a can "lowest grade re-fried beans" possible.

The food came out barely heated- (even though the server made a point to make sure I didn't burn my hands on the <barely warmed> plate).

People, BEANS are cheap! I can make a crock-pot full of amazing (HOMEMADE) re-fried beans for under $15!!

(Any respectable Grandmother from Mexico would cringe at this food!)

Restaurant appears dirty, un-kept, and outdated. The menu's are falling apart and "sticky"- yuck! I had to order a couple to go dinners for family, got home, WRONG ORDERS! (ARGGGGGHHHHHH!!!!!!!!!)