Where to Eat in Gillingham: The Best Restaurants and Bars 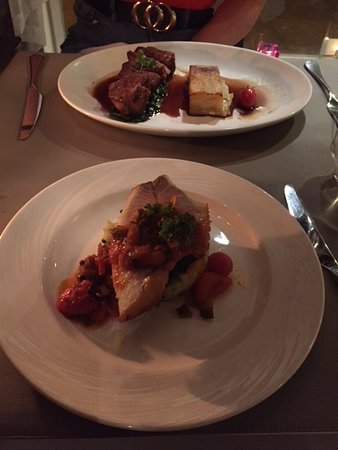 A warm welcome to Elizabeth&apos;s, our family run restaurant in Rochester, Kent. Manuel & Cristina opened this beautiful 16th century Tudor building as a restaurant in 1992. The restored beams, exposed brickwork and classic vintage design pieces create an elegant and comfortable space to enjoy a superb range of food. The menus reflect our signature European style with seasonal produce sourced from Kent producers where possible. Not forgetting our Spanish roots, there is a Tapas evening every last Thursday of the month so come and try some delicious, authentic Spanish dishes! We look forward to welcoming you soon.

A wonderful restaurant. Service is attentive and efficient without being in your face. The complimentary amuse bouche offered was a nice touch.
The food is locally sourced, freshly prepared and attractively served. A three course lunch from the set menu option was simply delicious, not expensive compared to what you would pay for a comparable offer in London and the wine was very reasonably priced. I would definitely return and can whole heartedly recommend. 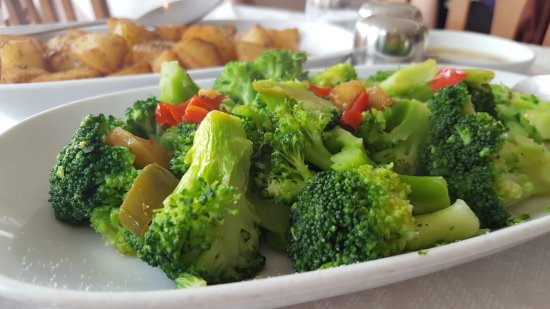 Always happy to see you and the welcome is genuinely Italian. We have eaten here on quite a few occasions not weekly but now and again when we are in Rochester. The food is always constantly good and presented with thought.
Even when they are very busy they always make you feel special. 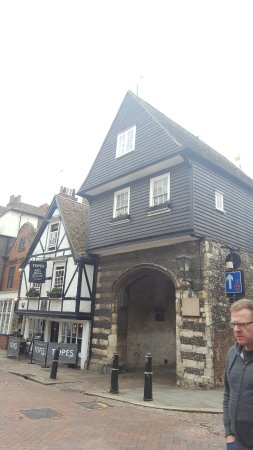 TOPES restaurant is a modern British restaurant centrally located in Rochester High Street in Kent and has been awarded two AA rosettes. Chris Small, head chef and co-owner, has created several different menus, including a special set price lunch (L16 for 2 courses and coffee) and mid-week evening menu (3 courses for L25). In addition, there is an a la carte menu for Friday and Sunday evenings and traditional roasts on Sunday. All ingredients are bought in fresh on a daily basis from local suppliers and the menus reflect seasonal produce. The restaurant is set in a 15th, 16th and 17th Century building and many of the original features remain. However, the restaurant has a modern feel to it to reflect the modern style of dishes on offer.

Went with a dear friend to celebrate our respective birthdays. We indulged in a three course lunch and it was simply beautiful. The mussels were delicate in a light broth, the salmon perfectly cooked and a excellent selection of cheese for dessert. Atmosphere warm, friendly and cosy. Very special indeed. 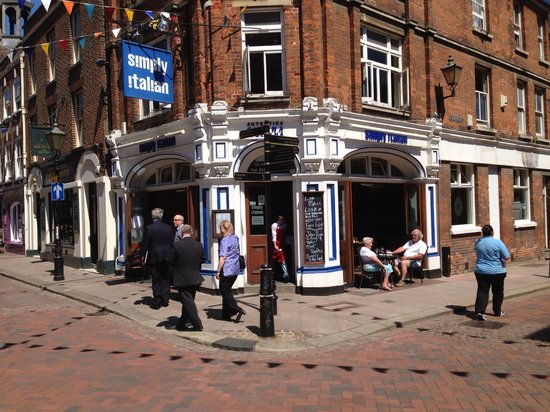 Christmas being a favourite time for over-pricing and limited selection in restaurants I expected to be disappointed when dining with colleagues. I should have known better.
I haven't been to Simply Italian for some time, but the quality was high, the ability to cater for off the menu choices was met with equanimity and the service was as ever excellent.
No chance of faulting this restaurant. I was born in Gillingham and return for Xmas, Mothers Day, birthdays and any special occasion. I have done so for over 20 years and every celebration takes place at Rowlands. Nick and his family have always treated us like friends and provided an excellent service. We cannot fault the food and my wife would travel any distance for their hot fudge sundaes. 5 of us were there again on Saturday and thoroughly enjoyed it. They also stock my 2 favourite wines, Chateauneuf du pap and Amarone. French and Italian and I have never found another restaurant that does this. See you Mothers Day Nick 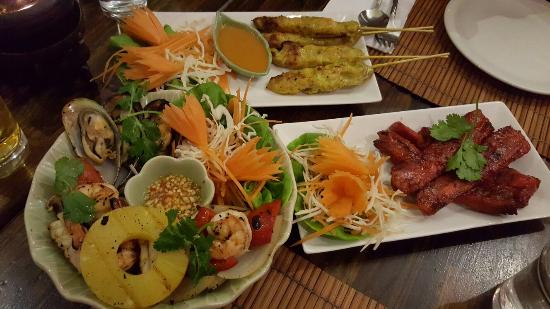 We had a lovely dinner on the Saturday before New Years Eve. We were early for our table but seated right away. The staff were very friendly and attentive. The food was great and portions a good size. We had been told that they would need the table back early for a later booking but we never felt rushed. The restaurant is bigger than expected and it was busy, but didn't feel crowded or too noisy. 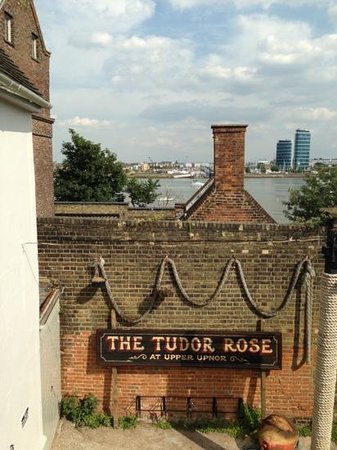 Set in a old fishing village a hidden gem down a lovely cobbled street,a little bit of Cornwall in the Medway towns backing on to the historic Upnor castle. Now open all day and serving food from 12 to 3 and 6 to 9 Monday to Saturday and Sunday 12 to 4, please phone to book to avoid disappointment.

We visited for lunch as a last minute decision so no problem in getting a table. The food was fantastic and the service very good. Good selection of food on the menu. I can recommend the butchers plate although couldn't finish it all!! Friend staff and friendly atmosphere.

Great selection of authentic food on offer on the menu, great service and good value for money. Highly recommended for a great meal out. 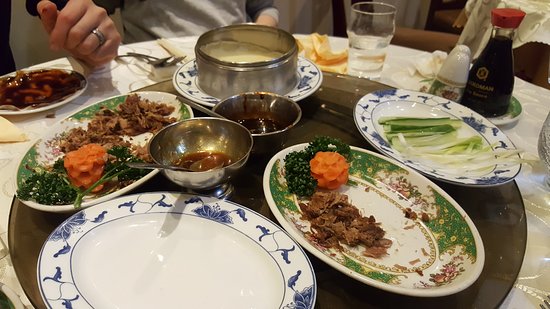 Reading the previous reviews I expected a lot from this restaurant. It turned out to be just your average chinese place. Staff appeared quite unfriendly and a bit arrogant, awful communication from their side. When I asked for plain noodles to accompany my lemon chicken the lady said that I can’t have that, and pointed me to the “noodles” section on the menu asking me to choose something. I wanted some advice because I’m not too familiar with chinese food but she wouldn’t advise me. Looking at the menu I didn’t see such thing as simple noodles so out of desperation I chose a “noodle chow mein” and asked what chow mein means, and what exactly that is, but the lady gave me a confused look and only said “these are noodles”.... ok.... when it arrived it ended up being a whole meal in itself, noodles with prawns, vegetables and sauce. She hasn’t mentioned that even though I specifically asked! Obviously this didn’t really go with my lemon chicken so it all tasted a bit awkward.. well, at least we got prawn crackers for free as a starter.. 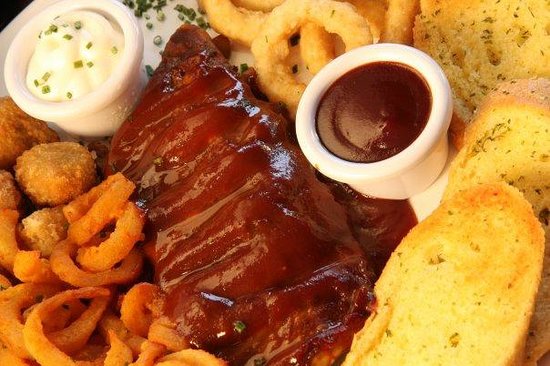 BEWARE THE MANY QUALITY REVIEWS POSTED AGAINST THIS RESURANT REFERRING TO ANOTHER ESTABLISHMENT IN THE US.
We chose this restaurant for the first time after checking out the rating on TA, and here is where the first problem starts. For some reason, TA are posting many 4 & 5 start ratings against this restaurant that are actually meant for Hollywood Bowl in the US, after taking these out you get an average score from which we would not have booked.
Here we go, turned up and was shown to a table downstairs, the restaurant is actually nicely decorated both inside and out, but is spoilt by the dreadful background music ( think of your worst lift experience listening to background music).
After ordering, our starters arrived. Garlic mushrooms were dreadful, these were the smallest button mushrooms deep fried, they were overcooked, when you tried to insert your fork they jumped off the plate, the batter was thick and tasteless and no garlic butter inside, instead you had a garlic mayonnaise dip in a small pot on the plate, again, awful taste and obviously squirted from a large catering bottle . The other starter was whitebait, instead of receiving lightly floured fried fish we received deep fried, in a thick batter blobs, which inside contained the fish which you could not taste due to the overpowering awful fat taste of the batter, which again was totally overcooked and served with a tasteless dip, again from a large catering bottle.
Persevering, due to customers rating ( which of course we know now to be incorrect), we waited, and waited for our mains. We gave some flexibility as there were two birthday parties in progress at large tables. however, after an hour, just as we were about to walk out, the mains arrived ( wish we had walked out 5 mins sooner!).
One special, which was a Portuguese sausage and pork strip hanging from what looked liked a banana hanger. Both were terribly overcooked, the sausage was greasy and the pork dried and tasteless, both the thickness of a small chipolata, the frozen then fried chips were lukewarm and tasteless, the rice cold and the 'Greek salad' poor, in quantity, quality and presentation.
The other main was a mixed grill - possibly the worst we have ever tasted anywhere in the world. The standard chips ,from the freezer bag, frozen peas, half cooked tasteless tomatoes, and the meat, all overcooked and poor quality. steak was chewy and dry, the sausage of such appalling quality it was beyond words, deep fried chicken in the house special thick gluey batter, which was all you could taste, and onion rings which were covered again in a thick greasy batter that made you want to retch when eating.
As there was no sight of any serving staff downstairs we just left half of our plates and waited for the bill, we informed the waitress of our complaint who was going to get the manager and owner to come down. When she brought our bill down we were told the owner/manager was busy but we had to pay upstairs so could ask for him then, which we duly did,he was sitting on a stool watching the bar and staff at the till like a hawk, must have a trust issue, and could not bothered to walk downstairs. When we discussed our complaints he stated that all food is freshly cooked to order, I corrected him stating that deep frying or grilling cheap quality meat does not take an hour, and as we had no staff downstairs to complain too, and we did not want to wait another hour for replacement poor quality food if we complained, so we just left it .He had no answer, and when I told him we would not return he just shrugged and look around his half empty domain.
This is by far the worst 'restaurant' we have eaten in since moving into Medway a year ago, cheap cuts of meat deep fried or grilled to hide the flavour. We spent the night constantly drinking water, from this we would suggest their meat is full of salt giving it extra shelf life.
Some of the actual reviews for this restaurant do rave about how big the portions are, which is true, but quality over quantity is our preference. If you like piles of cheap fried or grilled food to soak up copious amounts of alcohol this is the place, otherwise for this type of food Harvester and Frankie and Benny;s are better quality and cheaper.