Where to Eat in Frisco: The Best Restaurants and Bars

Frisco is a small unincorporated community and census-designated place (CDP) on the barrier island of Hatteras Island, between the villages of Buxton and Hatteras. It is located in Dare County, North Carolina, United States, and was previously named "Trent", or "Trent Woods", but received a new name with the coming of the post office in 1898. Most of the land is taken by houses available for rental during the summer months, and as such the community's population varies seasonally. As of the 2010 census, the permanent population of the community was 200. North Carolina Highway 12 serves as the primary road in Frisco and connects the community to others on the island.
Things to do in Frisco 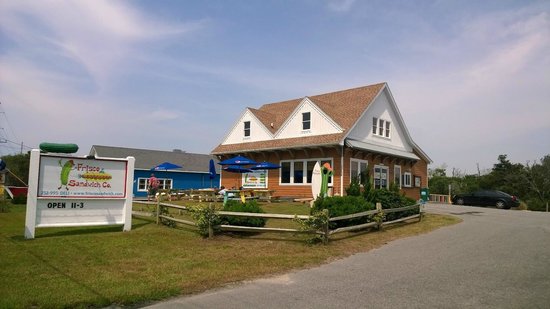 We stopped here for lunch on the way back from visiting the Cape Hatteras lighthouse and this was a slam dunk. First of all the place is very clean and the staff are as friendly as can be.

I ordered a grilled cheese sandwich and my husband ordered the Chicken Philly. Both of the sa devices were flavorful and fantastic. They serve everything with homemade potato chips and pickles. The chips were delicious and the pickles were bursting with spice and flavor. I do have to say about 1/2 of my chips were not crunchy.

Then on the way out we bought the chocolate chip ice cream sandwich. The homemade cookies were better than my own and the ice cream was creamy and delicious. The best part was that they were so well frozen that they didn't fall apart. This was seriously a chip which on steroids.

We will return when we are back in the area. This was our first time ordering pizza and WOW, it was really GOOD! It was a large size and not skimpy on toppings! Definitely recommend dining or take out. Sadly, they are no longer open in the mornings for breakfast as the owners are slowing down. So plan on dinners only. 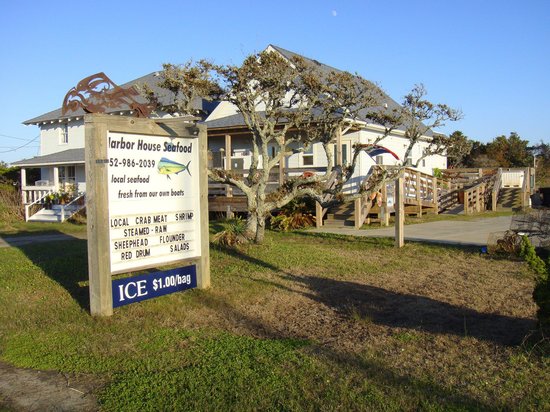 We purchased 2 pounds of steamed shrimp and three shrimp and crabmeat enchiladas and they were every bit as good as other reviewers have stated. We also enjoyed their homemade wahoo salad - very tasty. Vicky is really sweet and she spent a few minutes chatting with us while we waited for our order. We will definitely go back the next time we are in Hatteras. 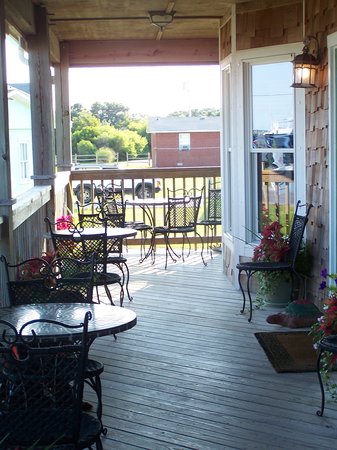 I stopped here recently and was greeted warmly by their staff. They were very good at explaining their drink selection and the drink I ordered was very tasty. I also ordered a blueberry muffin. It was disappointed with the muffin. The top was leathery and the whole thing wasn't very tasty. They had other treats that I would like to try on my next visit

Hesitated to stop and drove by a couple times. It's a bakery in a small complex of shops that includes a pottery store and a little stage. But so happy I did stop in. Incredible cupcakes, cakes, custards, everything made from scratch by Suzy, who couldn't be more friendly and helpful. I got a pineapple upside down cake which had a pineapple cheesecake filling as well as a Boston Cream Pie "Bomb" -- delicious cream pie with a chocolate coating. Got a key lime pie square for hubby and he said it was top drawer. I will be back again soon -- so nice to have another great bakery on the island to visit during our month-long stays. 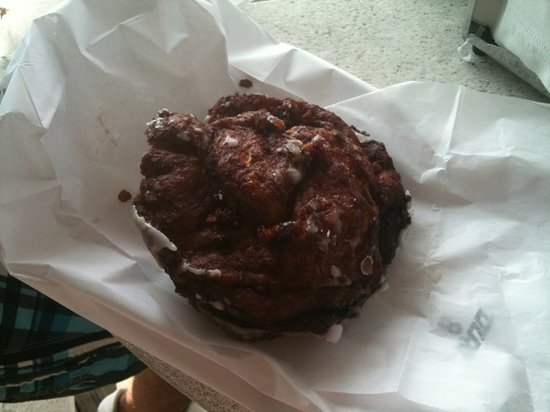 If your in Buxton NC you must stop at Orange Blossom! They have apple uglies as big as a loaf of bread. They are only open first half of the day so get there before 11am. They also have donuts and biscuits all homemade. We usually stop in on the way home and take a half dozen apple uglies back for friends an relatives. 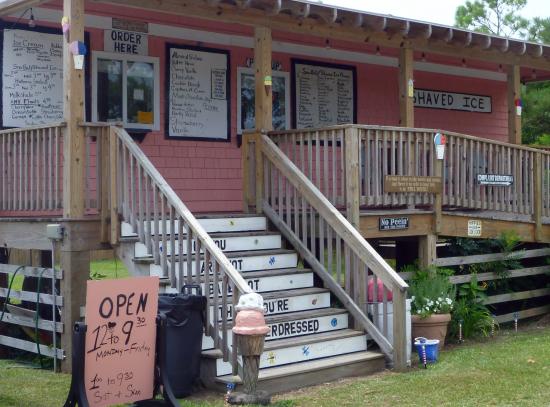 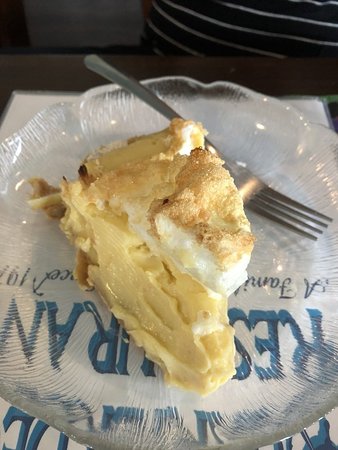 The Quarterdeck Restaurant is a classic family style seafood restaurant operated and owned by the same family since 1978. "We&apos;re not fancy, we are family." We have a new view of the Pamlico Sound and an awesome new bar area. Offering a local selection of Surf and Turf. Some of our most popular items include the crab cakes, stuffed fish, crab bisque, fried chicken and homemade pies. Something for everyone&apos;s belly and budget. Come out and enjoy!

Four of us enjoyed a terrific lunch at this very casual little place. Service was so friendly, and it's obviously a family-run outfit by people who love it. Recommended are the crab cake sandwich and the broiled flounder sandwich. A couple next to us was intent on their delicious-looking fried chicken meals. If I lived close by, I'd be sure to come back to try it. We stop here every year multiple times. The selection of ice cream, smoothies sundaes and candies is amazing. What I can't get over is the absolute inexpensive price tag. For a loaded banana split, a small moose tracks cone, and a pint of mint chocolate chip, the total was 12 bucks. Try that at any Baskin-Robbins! 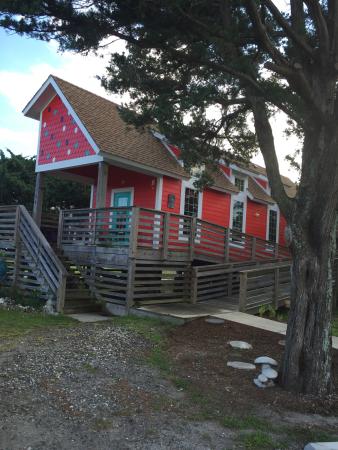 Closed for the season; see you in 2018!<br><br>The Scratchmade Snackery is Hatteras Village&apos;s sweetest attraction. The only bakery in Hatteras Village. Our products are all Scratchmade on-site daily. Always baked, never fried! A very wide variety to choose from as well: muffins, scones, cinnamon rolls, coffee cakes, danish, croissant, cupcakes, cookies, brownies, cheesecake and pie bars, and breads! And yes, we do make birthday cakes (please, at least one day&apos;s advance notice for cakes). There is something for everyone at the Scratchmade Snackery.

Stopped by this owner run bakery for a snack to take on the ferry. We love supporting local businesses especially when traveling. Plenty of sugary options to choose from— we picked a cinnamon roll, blueberry muffin and a pain de chocolat... all were great.. My husband said the pain de chocolat was better than those in France!( probably because we use sweeter chocolate in the US). Roughly $3 for a local handmade treat and worth every sinful calorie....