Where to Eat in Divide: The Best Restaurants and Bars

Divide is a census-designated place and a U.S. Post Office in Teller County, Colorado, United States. The population as of the 2010 Census was 127. Divide sits on the north slope of Pikes Peak on U.S. Highway 24. Ute Pass is immediately west of town. The Divide Post Office has the ZIP Code 80814.
Things to do in Divide 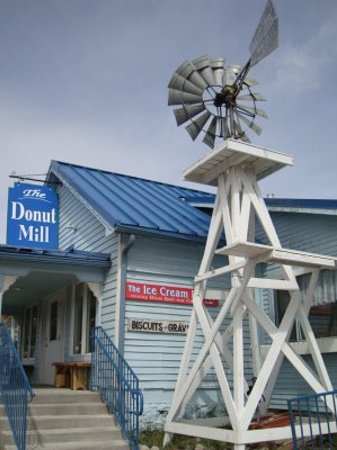 Stopped in and got two donuts. One was homemade glazed type the other was a bear claw. The bear claw was seriously about the size of my head. Insane. Staff were friendly. Prices were reasonable. But as amazing as the size of the bear claw was and as fresh tasting as it was I wasn't crazy about it. It was just a little bland. Like it needed some more almond flavor. It was basically a giant donut with a thin layer of filling inside. Maybe that's how they make bear claws around here. I'm used to them being a little different with slices of almond added and little more filling to them. But I would certainly go back and try some of their others offerings. 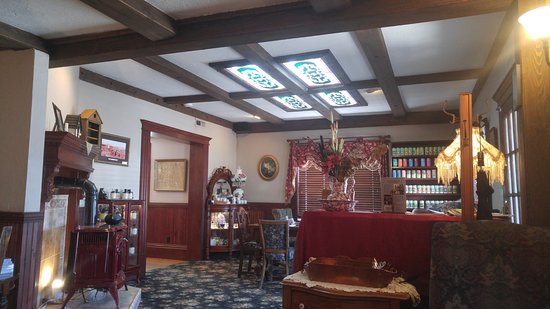 Been here twice. First time was pie & coffee in the afternoon - very good. Recently, we had breakfast here. My wife had a burrito & I had a ham, egg, and cheese croissant (Panini style). Excellent! Plus, it is a lovely drive from Colorado Springs (about an hour) which makes it fun to do on a weekend. Very eclectic and antique decor with wainscoting along the walls and stuffed chairs at some tables. Like visiting grandma's house for breakfast! 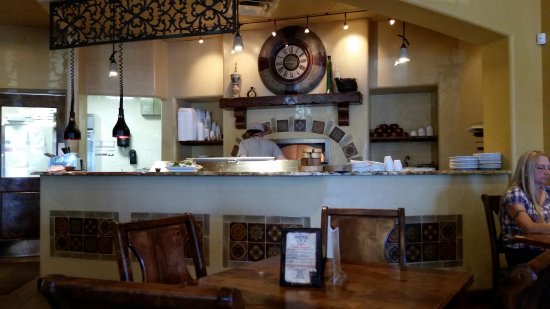 Reviewed By Julie B - Divide, Colorado

McGinty's is a great place whether you're looking for a bar atmosphere or a dine-in atmosphere. . . McGinty's has both and the food is excellent! 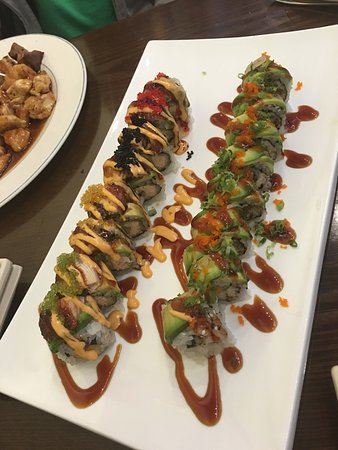 Reasonably priced for delicious food - with a great variety to choose from! Have had hibachi, terryaki, Thai, Vietnamese and Chinese - loved them all (I do not do sushi but it looks pretty!) 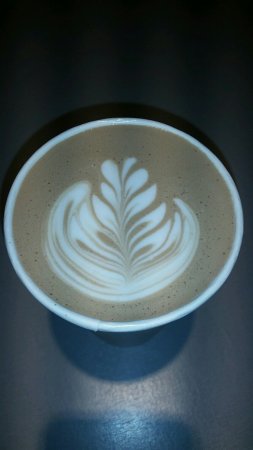 The service was fantastic and the lattes were out of this world! They made a special lavender latte that day and it was so unique and tasty. They roast their own beans and sell them by the pound. 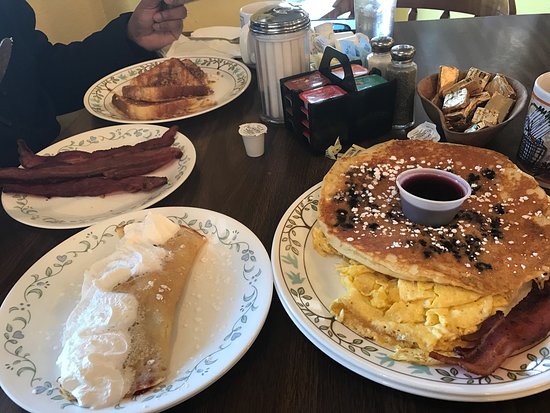 I’m just too picky when it comes to soups and salads and I am better off making them at home to my precise liking.
My companions’ orders were solid though: burgers, blt, okra, fries. I’ll know better next time.
I am still in love with the decor, service, spinny wheel, and that over-stuffed grumpy bear the entrance.
Recommended. 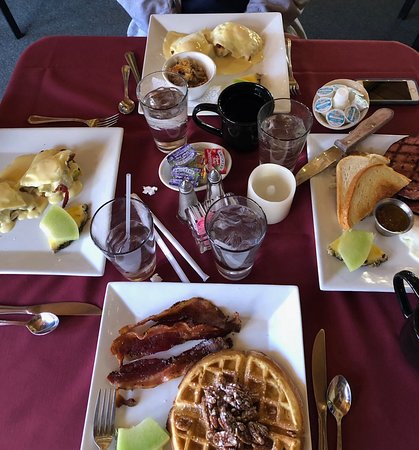 Nestled in the foothills of the Rocky Mountains, at 7800 ft, in the town of Green Mountain Falls, the Mucky Duck Restaurant has been serving fine cuisine since 2001. Whether it is a cozy dinner for two or a gathering for a large group, the Mucky Duck can cater to your needs.Catering is also available for off-site parties.

Dining options are limited in GMF, but that is probably because no one wants to compete with this place. Good fine dining with a nice selection of food and wine.

Russ is the bartender/ owner/ waiter.
No tablecloth. No napkins(paper towels). Not even a kitchen!
The cook 'lives' in a food trailer and delivers her creations personally to each diner. 20 people would fill this place.
The hamburgers are the best in the north! The menu taunts specials, but go with the burger. You'll always remember it! Joanie&apos;s offers a great breakfast menu. Specializing in breakfast burritos and breakfast sandwiches on a bagel. We serve soup as well as having a wide variety of cold and hot sandwich combinations for lunch. We serve only Boars Head meats and cheeses for the best meal you could possibly have. Check out our baked goods while you are here. I believe we will have something for everyone. No empty stomachs allowed. Joanie&apos;s welcomes you.

My hubs ordered a chef salad which was huge and very fresh. Next we ordered an Hawaiian sandwich which was awesome and my son ordered a chicken bacon Gouda melt, which he loved. We will definitely be back! The staff were very friendly, and the deli was super clean. They do have wonderful looking bakery items, those will be tried on the next visit.