Where to Eat in Del Mar: The Best Restaurants and Bars

Del Mar is a beach city in San Diego County, California. Del Mar is Spanish for "of the sea" or "by the sea," which reflects its location on the coast of the Pacific Ocean. The Del Mar Horse Races are hosted on the Del Mar racetrack every summer. In 1885, Colonel Jacob Taylor purchased 338 acres (1.37 km) from Enoch Talbert, with visions of building a seaside resort for the rich and famous. The United States Navy operated a Naval Auxiliary Air Facility for blimps at Del Mar during World War II. The population was estimated at 4,311 in 2014, up from 4,161 at the 2010 census.
Things to do in Del Mar 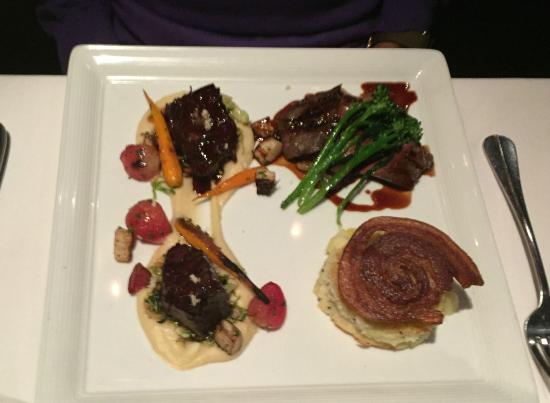 Every aspect of the eating experience exceeded expectations. Complimentary tastings between courses were delicious and the chef made individual exceptions for 2 of the diners food restrictions (vegan and gluten free). The traditional meals were phenomenal, but the fresh locally grown vegetables made the vegan roasted dish greatly appreciated. 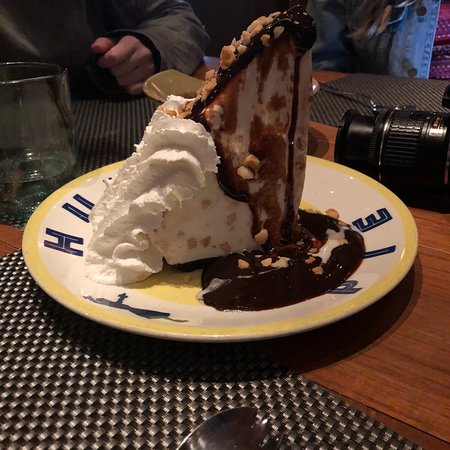 Jake’s Del Mar brings new American cooking to the edge – to the water’s edge that is. Located right on the beach in Del Mar Chef Duvinh Ta uses fresh, seasonal products as the inspiration for updating classic preparations of fresh fish, shellfish and premium meats. The lunch, dinner, and Sunday brunch menus showcase clean, eclectic flavors and local, sustainable products that are complemented by Jake’s jaw dropping location on the sand. The nightly Chef’s Special is a seasonal creation that features the best seafood, meats and produce available and through the Legacy of Aloha program, Jake’s donates a portion the proceeds from the Chef’s Special to the San Diego Food Bank.

Honestly lunch was good Hula Pie was simply outstanding! Valet was efficient and almost unbelievable for how small the lot was. Beach views are staggeringly beautiful- you will want to hang out here all damn day!!!Love your review! Thank you for taking time to comment and its always wonderful to hear guests boasting about our Hula Pie! We hope to see you soon! Aloha, Kristin Kuhlman Community Relations Coordinator P.S. Thanks for recognizing the valets...they rock! 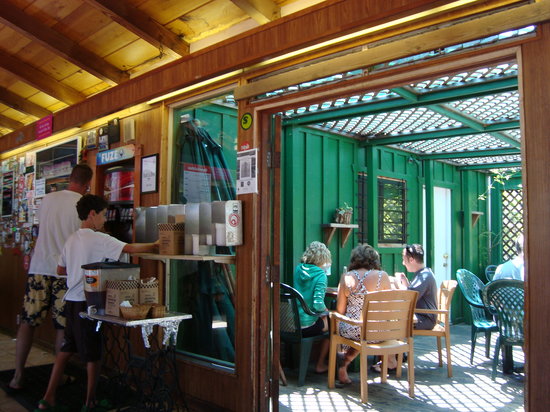 Fresh bread, top quality meats, especially good if you want to grab a quick lunch. Portions are big, and for a casual shop, everything is quite neat and clean and orderly. Their specialty is the Turkey sandwich with avocado, but the roast beef is excellent, too. Also Vegan Friendly! 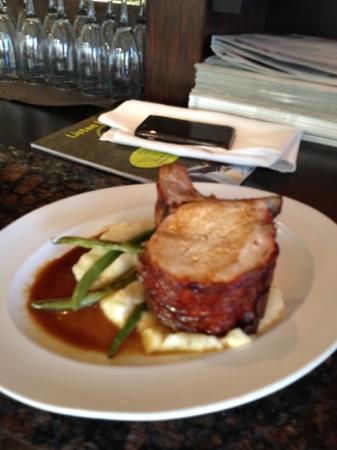 San Diego&apos;s favorite "Neighborhood" restaurant. Located in beautiful, quaint Del Mar and winner of the "Gold Medallion Award" for Best Neighborhood Restaurant awarded by the San Diego Chapter of the California Restaurant Association. Dine up on the Ocean View deck and take in the blue pacific while enjoying our award winning cuisine or sit on our ocean view sidewalk cafe and sip on one of our Wine Spectator award winning wine list wines.

been going here for 10 years and service has always been great. Dan must keep his staff happy because they've been here for a long time. Try the pork chop, meatballs, Turkey buger, salmon salad, and you get half off wine Tuesday and Thursday. Our favorite North County spot. 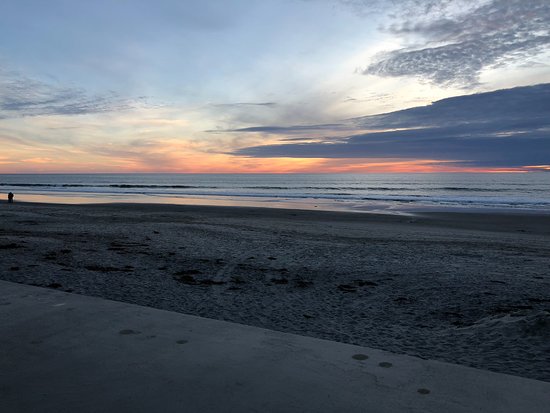 The Poseidon Restaurant in Del Mar embodies the Southern California lifestyle, blending the ambiance of the beach scene with a relaxed and informal dining atmosphere.

In town for a whale watching tour and Sand Castle build. (San Diego Sand Castles)... thought we would park and walk over to this restaurant for lunch. Didn't know what to expect. They seated us immediately outside. (Heaters going since the breeze was still a little cool). Good waitress - we ended up getting a drink - margarita's (not bad) ... wife got the Fish n Chips... according to her.. very lite... very well cooked with good flavor. I ended up with the mahi mahi tacos. VERY GOOD flavor. You will need more than one napkin if you eat them with your hands. HA... The accompanying slaw was just ok.. I'm pretty picky about my slaw and although this is probably good for this area... (I don't doubt that)... it wasn't what I wanted..
Prices were slightly high but probably right for the neighborhood and clientele. Be ready.
Now the reason why this isn't a 5. Server was good but I asked for more napkins and when they didn't come... and I finally asked again.. her response was "oh didn't 'they' bring them to you." I almost said, no.. you've been past the table 10 times since I asked and not only did you not bring napkins you ignored our iced teas that were empty the entire time until we were ready to leave. I will say, they were busy... she was busy... but.. I had the feeling that they wanted people in and people out though.
We did return for a drink and some snacks after our Sand Castle build. The chips and guac were not bad... margaritas were ok as I said before.. 2nd server Kristine(?) was a little more attentive. 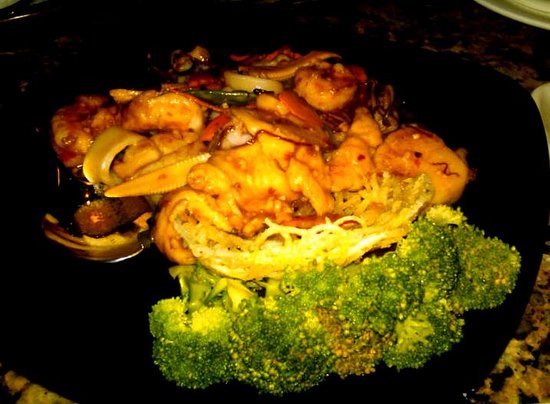 From the creator of the famous Dumpling Inn on Convoy Street, Del Mar Rendezvous has been enticing San Diegans with its wide array of Chinese fare complimented by a modern mix of Asian flavors for over a decade. Rendezvous boasts craft, local, and high-end import beer on draft, Japanese sakes, as well as a Wine Spectator Award of Excellence wine list with over 100 wines all at the Best Price in San Diego everyday. With over 100 different dishes on its menu, Rendezvous also caters to both gluten-free and vegetarian guests with over 40 dedicated options to choose from on each menu. The ambiance of the interior and patio, with glimpses of the Pacific Ocean, offer a calming and inviting atmosphere, perfect for date nights, business

I ate there last night, and we had a wonderful meal. We ordered spare ribs and pot stickers and then for the main meal had chow mein, spicy chicken, and a beef dish. Everything was very tasty. Our serves were excellent. The beer and wine list are extensive. 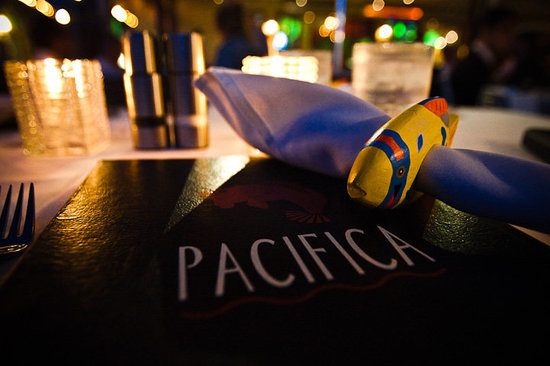 If you are into world class food and wine while watching an amazing sunset go no further.

Every trip to San Diego since 1986 brings me here just for the ultimate foodie experience.

Everything is fantastic and spend a few extra bucks on the Oregon Pinot. It's worth every sip.

One of my favorite places in the country. 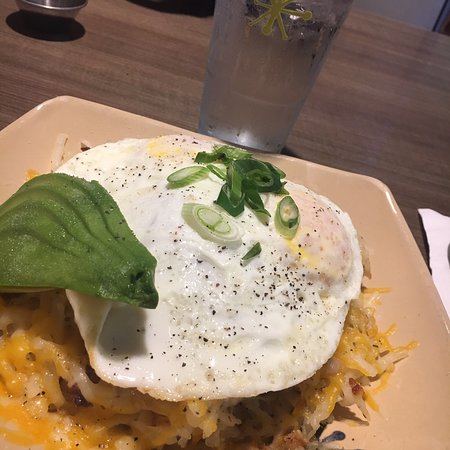 Breakfast marks the beginning of a new day. At Snooze, we believe life is for living and each person and each day is worth celebrating. Our mantra: it only takes a moment to make a difference. From the day we were born, our people - Snoozers - have led the way serving creative twists on America&apos;s favorite breakfast classics in a casual, friendly and vibrant atmosphere. The passion of our Snoozers is contagious. Over the past 8+ years it has inspired Snooze fans of all ages across the country.

Stopped in for breakfast. The food was great. Also important for a breakfast restaurant the coffee was excellent. 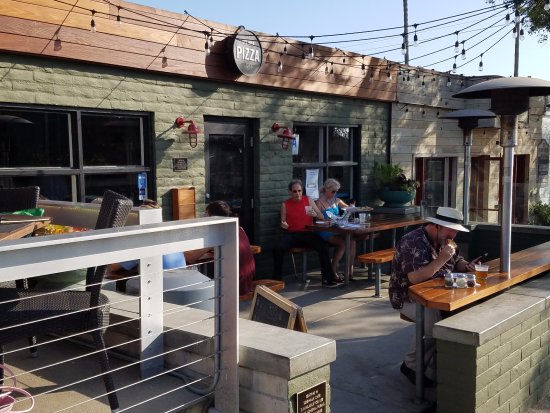 I especially like their thin crust. Great variety of toppings and wine! I sat outside and enjoyed a glass of wine while they made my delicious pizza which was brought out to me in less than 20 minutes. Great service, yummy food. 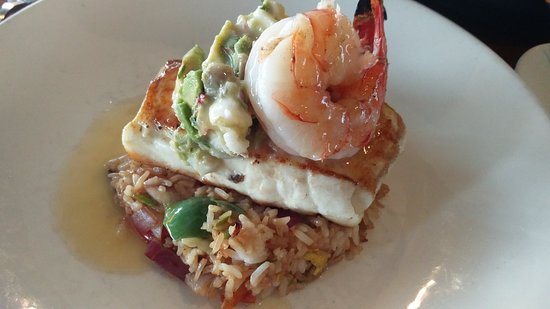 Nothing special going on here. It was okay but not great. We were there at the 11AM opening on a pleasant Sunday in March. For the positive, the servers all seem to get along and to be very nice, competent individuals. From our comfortable booth we were able to look out to the garden and to observe other tables and diners. The servers seemed to know several of the regular patrons and greeted them with warmth and hospitality. No one knew us of course but we were treated in the same same pleasant manner.

It was the food that was underwhelming. Because they serve brunch on Sunday, the bread consisted of breakfast pastries. They were flaky to the point of seeming burnt and not very flavorful at all. The custard or jam toppings were gummy. We asked for a regular bread basket. The brown bread was soft and bland. The white bread looked like sourdough in appearance but tasted like Wonder Bread. The softened butter seemed watered down and may not have been butter at all.

My husband had the burger and I had the Chinese chicken salad. The burger was pretty good - decent size and cooked as desired - but the fries were way underdone and small in portion - which was okay because they weren't very good. The coleslaw was tasteless despite our attempts to salt it rather heavily. My salad was simply not worth it. The 6 small, overcooked shrimp barely warranted being cut in half to eat. The greens were fresh but the extra stuff, like red peppers and carrots, were in short supply. It's amazing what a salad can look like when you ask them to hold the wontons. Not much is the answer. The mud pie was a slab of coffee ice cream with one of the thinnest Oreo crusts I have ever seen. There was no fudge in the pie at all, just some whipped cream on top. We asked for extra fudge on the side which was an improvement.

Though the setting and the waitstaff were both very lovely the food was a huge disappointment. The patrons kept pouring in so maybe our experience was a fluke. We won't be back, however.