Top Things to do in Dalkey

Where to Eat in Dalkey: The Best Restaurants and Bars

Dalkey (/ˈdɔːkiː/; Irish: Deilginis, meaning "thorn island") is one of the most affluent suburbs of Dublin, and a seaside resort southeast of the city, and the town of Dun Laoghaire, in Ireland. It was founded as a Viking settlement and became an active port during the Middle Ages. According to chronicler John Clyn (c.1286–c.1349), it was one of the ports through which the plague entered Ireland in the mid-14th century. In modern times, Dalkey has become a seaside suburb that attracts some tourist visitors. It has been home to writers and celebrities including Jane Emily Herbert, Maeve Binchy, Hugh Leonard, Bono, Van Morrison and Enya. The village and broader area lie within the jurisdiction of Dún Laoghaire-Rathdown County Council.
Things to do in Dalkey 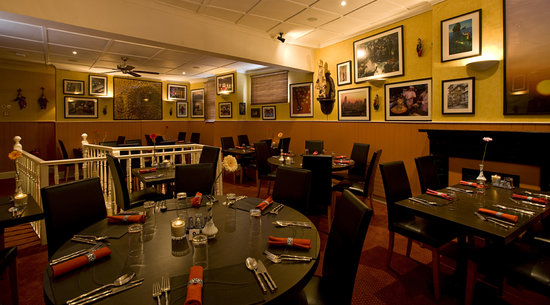 Reviewed By Gerardwarr - Barrow In Furness

Having travelled to and around Thailand I have a good idea what proper Thai food should be like. The food in this restaurant is definitely Thai. Recommend the Pad Thai with king prawns. There was 4 of us and everyone really enjoyed their dinner. My brother in law is a vegetarian and is impressed by the range of the vegetarian menu. Highly recommend and will return next time I am in Ireland. 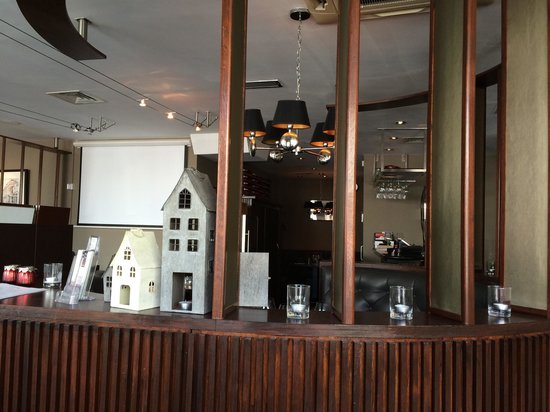 Benito&apos;s Restaurant is located on the main street of the heritage town of Dalkey. Benito&apos;s chefs specialise in homemade pasta and wood-fired pizza, grilled meats and local seafood. Celebrating 14 years in business.

As part of our eating in Dalkey tour, visiting Benito’s after 9 pm is a good way to find out how their food tastes at that hour. Dalkey village is like a ghost town at that hour as only the pubs and the restaurants are open so walking in to a restaurant with only 2 people eating can be a bit unnerving. You wonder if they are closing and the kitchen staff is going home, but no, our waiter greeted us warmly, then brought the menus and asked if we wanted any drinks, so no rushing, no looming over us. Though the menu does state that the pizza’s are 12 inches, when they arrived they certainly took up more than 12 inches on the wood pizza plate. We also received oil and chili’s when requested.
One order was for the Isabella Pizza with tomato sauce, Italian mozzarella, home baked ham and sliced mushroom, my wife ordered the Stromboli with Mozzarella. Tomato sauce, black tiger prawns, spicy pepperoni, some spinach leaves, crushed garlic and fresh chili.
As we are frequent eaters of true Italian pizza back home we know that a restaurant, even the smallest and the greasiest of the |”greasy spoon” restaurants can produce with their hands tied behind their backs a HOT pizza. Sadly, this was not the case for both our pizza’s, mine was not for a minute then warm but my wife felt that once she started into it, it quickly cooled down. We would normally attribute that to the dishes having been left standing for a few minutes before being picked up, but as no one else was in the restaurant, we could not figure out why that was the case, the pizzas were very good, but they were also only warm within five minutes. So, for this visit considering that they did taste very good, but with the late hour and no one else to serve they should have been piping hot till we finished the plate. Just saying! We take one star away. 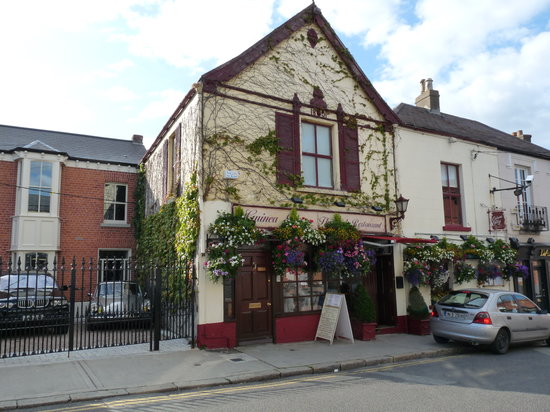 the restaurant opened in 1957 and is run by the stewart family since 1978 ,chef prop mervyn stewart,we specialise in fresh fish,beef lamb chicken duck and pork,80%fish ,on average 10 types daily,menus early bird from e20 4 course dinner including a bottle of wine e 90 per couple, full a la carte , full licence, situated in the beautiful medieval town of dalkey on the coast not far south of dublin city 40 paces from the d,a,r,t, We have recieved from tripadvisor a certificate of excellence for exceptional traveller ratings over the past year.Thanks to all who have taken time to write reviews good and not so goodit helps to keep me on the ball/.Mervyn stewart ,chef prop.Since 1977.

The Guinea Pig has been in existence since the late 1950s and can probably justly claim to be the oldest restaurant in south Dublin's gastronomic capital: Dalkey. During its long existence, the Guinea Pig has undergone three changes of ownership, firstly by the Murphy Family, then, for many years by Mervyn Stewart and has recently again changed hands, its new owner being a French chef, which should have augured well.
During the 1960s I was regular visitor, but having been under-whelmed during my first visit, shortly after it had been taken over by Mervyn Stewart, only ventured back when all my first choices for a traditional New Years' Eve dinner, with two friends, were full, on December 31st, 2015.
On that occasion, we were so agreeably surprised that the Guinea Pig became our first choice for the next New Year's Eve and we also visited it several times during the year. Despite the change of ownership, we decided to continue the tradition for New Year 2018. What a mistake-a to make-a!
When we arrived, the place was less than half full, something which augured badly on a night when most restaurants were booked out. Observing some bottles of wine "chambreeing" in the fire-place added to a sense of foreboding.
Nobody seemed in any great hurry to take our orders but when one of the staff finally appeared, I ordered scallops, which are one of my favourites as a starter, followed by lobster, as after all we were in what proclaimed itself to be a sea-food restaurant. (The eponymous Guinea pig being apparently the amphibious variety). On learning that lobster was unavailable, I compromised for "boneless duck confite", as did one of my friends, his wife playing safe, by ordering steak.
When they arrived, my scallops, which were unremarkable, were served on a bed of diced carrot, which seemed inappropriate and added nothing to the flavour. The "piece de resistance" however was the duck, which was so over-cooked as to have lost all flavour and to fall into inedible fibrous strands when cut. My friend, whose taste buds have undoubtedly been blunted by chain-smoking, over a long period, appeared to find his duck edible although his wife pronounced her steak as mediocre. It takes real gastronomic genius to spoil steak! For desert, I had what would have been a tolerable "creme brulee", except that the custard base was still warm!
From an unremarkable wine list, we had chosen Montepulciano de Abruzzi, which I was fortunately successful in fore-stalling an offer to "chambree" it in front of the fire!
All in all, a most inauspicious gastronomic beginning to 2018 and as several other recent reviewers seem to agree, unless standards improve substantially I cannot see the Guinea Pig remaining in business, under its present ownership, by New Year's Eve 2019. 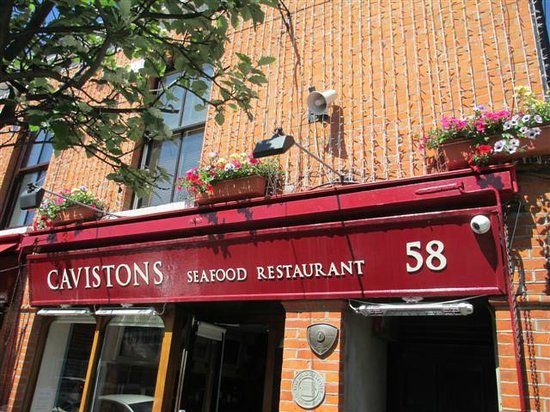 Visited Cavistons for lunch last week. They do a great set menu for €21 for 2 courses. We had sardines, followed by cod and haddock. All beautifully cooked and presented. Dessert was a shared chocolate and raspberry brownie (delicious!!). Will have to return to try their dinner menu. Lovely cosy restaurant with nice friendly staff.

Ate here during the lobster festival in Dalkey and had the Lobster Spaghetti. It was the best I have ever eaten and was absolutely delicious. Service was good. Only reason there is not five stars here is that the restaurant needs a bit of a facelift. It seems dated and less than appealing when you walk in. A little aesthetic investment would really turn this place around! 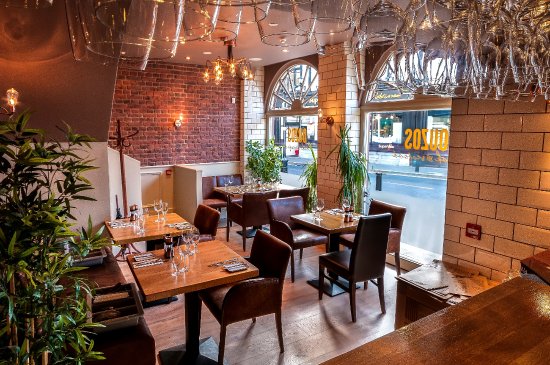 Visited Ouzos for first time on recommendation of family. As party of 4 we opted for earlybird menu. Some supplements apply to main courses but they seemed reasonable. All main dishes were very good- hake, fish and chips and burger ordered and enjoyed. Service was attentive and friendly. Only "issue" is when seated anywhere near main door- a cold wind blows through the restaurant every time main door opens. On a cold winters night it was an irritant. Will certainly revisit based on quality of food and service. 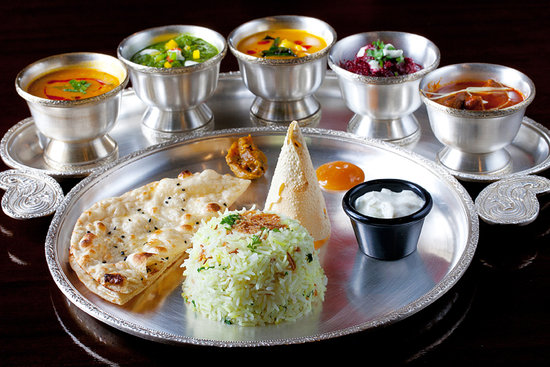 Rasam Restaurant excels at serving consistent quality food served in a creative but authentic Indian style. We pride ourselves on our fresh ingredients including Indian spices that are mixed, roasted & ground daily at Rasam Restaurant. We very much consider hospitality to be much more than just a social formality. Visit us and enjoy the dishes we present with great pride.

We went for an early bird on 5th December. Rasam has such a reputation that I was looking forward to the experience. I don’t know exactly what I was looking for but I couldn’t understand what the hype was about . Our local Indian restaurant is as good without the hype.In fact there are many Indian restaurants in Ireland just as good.
In saying that the food was very good but not extraordinary. 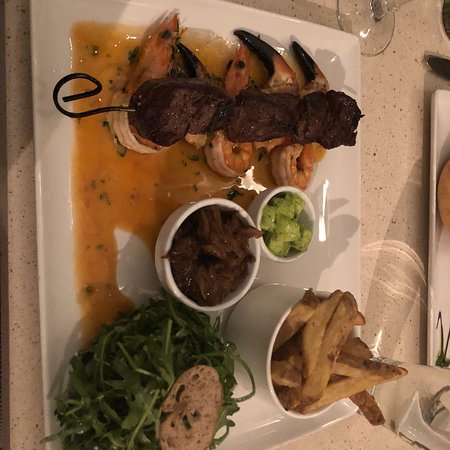 On another visit to Dun Laoghaire, had to pop into Hartley's again. It appears to have gained quite a following - very well dressed clientele, lovely ambience and the food looked amazing.
You receive a very warm greeting, which is always a good thing. The wine list is excellent, but the food was stunning. We booked a meal but unfortunately had to cancel as family had organised a gathering at their home - lovely - but I am definitely having dinner on the next visit. At the front, for warmer weather, is a beautiful outdoor area overlooking the harbour. This attracts families during the day and the beautiful and well-to-do in the evening, very elegant. 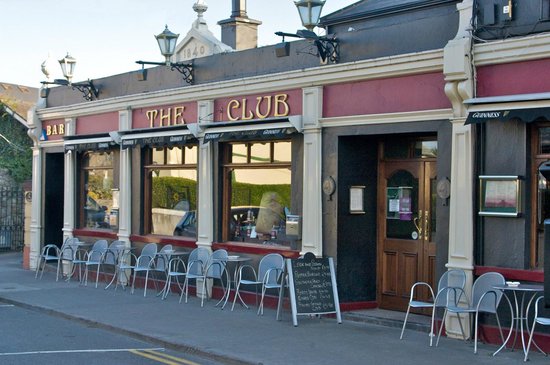 The Club has a 'wow' dramatic interior with a high ceiling featuring interesting paintings and drawings of items of local interest.
After you have been wowed by the decor you can sit in a cosy corner with your friends.
it is a great place to meet people.
i met my friends there and we had a light lunch.
The fish soup was very good. 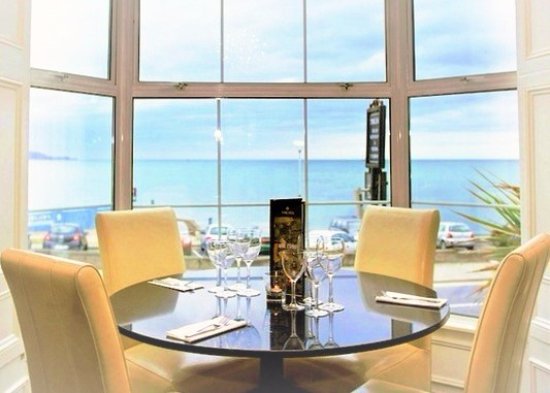 We were a group of about 16 celebrating the end of the season for our club. I was impressed with the number of options on the menu. I had moserella croquettes followed by pens marinara. ( excuse my Italian) Both were most tasty. Staff can...MoreHi Vincent, Thank you for taking the time out to write this review. We are delighted to hear that you and your group enjoyed your visit to Toscana Dun Laoghaire. We hope you will pay us a visit again soon! Kind regards, Toscana