Top Things to do in Coweta

Where to Eat in Coweta: The Best Restaurants and Bars

Coweta is a city in Wagoner County, Oklahoma, United States and is a suburb of Tulsa. As of 2010, the population was 9,943. Part of the Creek Nation in Indian Territory before Oklahoma became a U.S. state, the town was first settled in 1840.
Things to do in Coweta 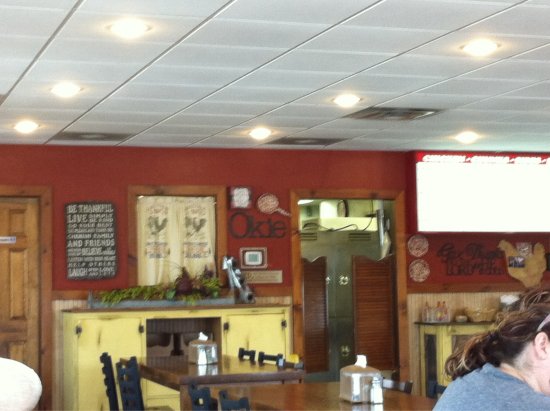 I have ate here lots over the years. It has been a while since I had, mostly because their quality had slipped over the years. You would order a chicken chink dinner, and sometimes the breading on the chunks would be doughy and peel off rather than be crispy, or the slaw tasted like nleach smelled. It wasnt an every once in a while occurence but pretty regular. So as a result, I quit going in there. But now all has seemed to change. The chicken chunks were crispy, outstanding, and flavorful. The mashed potatoes and gravy was really good (their chicken gravy has always been outstanding, the slaw was damned good and did not taste like bleach nor glue as it had in the past. The rolls were alright. May need to do something aboit that. And the apple cobbler was superb. They are building a new building behind their old location so I am expecting more great things from them. 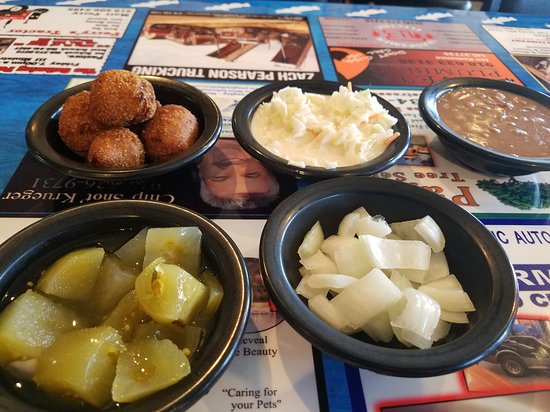 We went for an early dinner - 5:30 p.m. on March 15, 2017. Service was excellent!! Lots and lots of food!! Cole slaw was excellent and refilled as often as we wanted. The hush puppies were barely warm and overcooked to a dark dark brown... but there were plenty of them!! The baked potato had obviously been in the oven since morning and although it was hot enough to melt the un-butter, it was brown inside & starchy!! The catfish was a little more than warm, but certainly not right out of the fryer. The breading on the catfish was so tough we could barely cut it. We definitely will NOT go back.... quantity does not make up for quality!! Sorry, dude... owner is a nice guy!!

We decided to try this place for something new. Wonderful service. Cute country decor. They serve food in pie pans and metal trays and drinks in measuring cups. I had Belgian waffles and bacon, hubby had campfire pancakes (pancake with eggs, sausage and bacon cooked inside), everything was delicious. We will return. 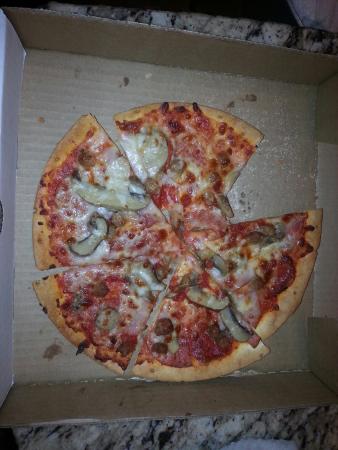 This is the second time we have eaten here. The first time we had the cheeseburger pizza but did not care for the beef. This time we had the Corleone pizza with Canadian bacon. We tried both crusts and prefer the "famous thin" best. The order over the phone was excellent. Very courteous and quick. The delivery was also very quick and the pizzas were very good. They were a little expensive ($47.00) for three mediums but I think worth it.

Stopped here for lunch last Thursday. I was not expecting to get good food here. Boy was I wrong. All the food is prepared fresh per order. Service is very good, and fast. Nice clean, not fancy. If you like fresh prepared Chinese you can't go wrong here.

Not real clean...staff clothes dirty...service was slow and average.The cute kid who brought the salsa seemed the most on the ball. Salsa and chips were pretty good. Bigger size would have been nice. Chorizo Queso had long chunks which made it difficult to eat with chips. Street tacos were dry. If I were starving I would go back...other than that I would pass. 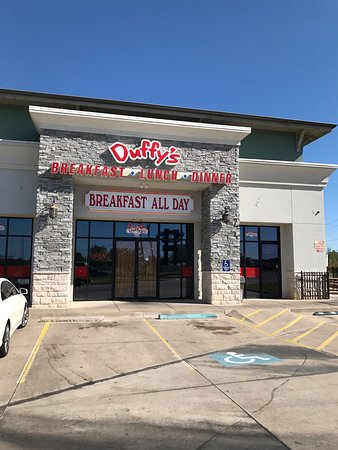 Reviewed By Vern B - Oklahoma

Have been to several of the Duffy restaurants in the Tulsa, Broken Arrow and now Coweta area. All have been very good, with both good food and service. They have a very good breakfast menu and also have lunch and dinner items as well. Duffy's is a good ole home cooking place and I recommend breakfast for sure. The restaurant in Coweta is very nice, clean with a very nice interior. The service there is top notch and very friendly wait staff. Not bad on their prices. Will be making this Duffy's my go to place for breakfast.

What a great find in Coweta! The menu includes steaks, chicken, fish, Oklahoma favorites like chicken fried steaks, numerous appetizers, burger selections, salads, sandwiches & a host of sides. Our waitress was fantastic! The portions were generous and the food well seasoned. We will be back! 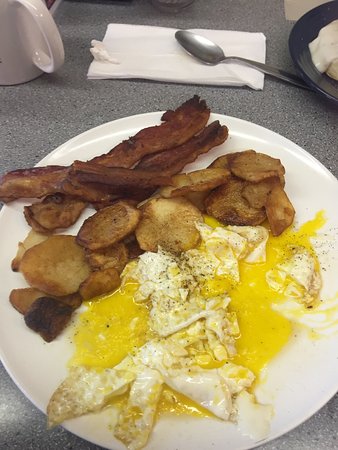 The previous reviews obviously were scripted by the owner etc. We went there for a breakfast one morning recently. I ordered 2 eggs sunny side up, ham, potatoes, biscuit, and gravy on the side. My wife ordered 2 eggs medium, sausage, potatoes, biscuit, and gravy on the side. The waitress took the order and turned it into the kitchen, and verbally repeated the orders. When the order came up the cook had mixed the orders up. Also the cook had put the gravy on the biscuits. The biscuits, and gravy on the side came out a little later.
All the food (eggs, ham, sausage, and potatoes) was very greasy, and old tasting grease at that. The biscuits were obviously bought biscuits that had been in the warmer too long. The gravy was a bad, bland mix gravy.
Service was okay, and clean. We will not be returning!! We both got upset stomaches soon after leaving.
Do yourself a favor and skip this place.

This places uses the same chili, buns and dogs as Coney Island in Downtown Tulsa...but they are cheaper here. Plus, the new owners put tamales and chicken salad on the menu, both very good.