Top Things to do in Champaign

Where to Eat in Champaign: The Best Restaurants and Bars

Champaign (English: /ˌʃæmˈpeɪn/) is a city in Champaign County, Illinois, United States. The city is 135 miles (217 km) south of Chicago, 124 miles (200 km) west of Indianapolis, Indiana, and 178 mi (286 km) northeast of St. Louis, Missouri. The United States Census Bureau estimates the city was home to 84,513 people as of July 1, 2014. Champaign is the tenth-most populous city in Illinois, and the state's fourth-most populous city outside the Chicago metropolitan area. It is included in the Champaign–Urbana metropolitan area.
Things to do in Champaign

DESTIHL(R) Restaurant - Champaign is two amazing worlds merged into one: the fusion of craft beer and artisan foods. We are a growing gastrobrewpubTM concept which creatively combines and reinvents craft beer and full-flavored dishes from America&apos;s melting pot using many local ingredients and both modern and traditional techniques. Our mission is to fill our gastrobrewpubs with fun, energy and passion for great artisan food and beers while providing a &apos;down to earth&apos;, high level of service.

Was greeted warmly by first person behind the reception desk, but when the fellow wearing the tie heard me say, "Seven people please," that fellow asked if I had a reservation. Telling him no, he retorted, "it will be at least 1.5 hours wait for...MoreFlyByRV, Our sincerest apologies about the interaction you had with our team member. We'd appreciate being about to speak with you about this further. Please contact our GM, Justin Kelley, at [email protected] or 217.356.0301 at your earliest convenience. Kind Regards. 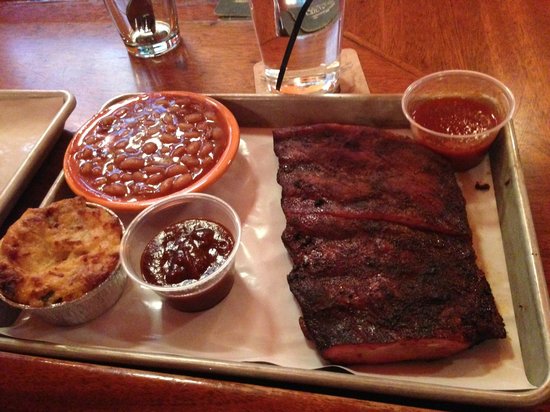 You'll almost never be able to walk in and be seated immediately due to the venue's small size. But the menu is worth the wait. While the smoked meats deservedly get top billing, the sides are equally fantastic. The cornbread with meat morsels is outstanding! Also love the excellent rotating craft beer selection. Something for every beer snob. 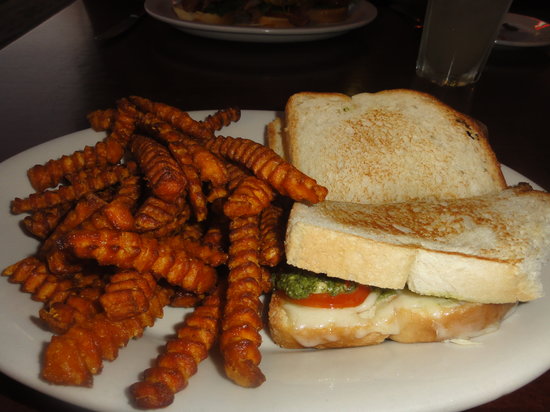 Stopped here for the first time for dinner. Staff were so friendly and accommodating, helpful with offering selections and in a very humorous mood. We liked the atmosphere of this place, reminded me of some of the old time restaurants that were classy with a bar. The food here was very good, thought the prices were reasonable and about the same as other places. Would certainly come here again when in the area. 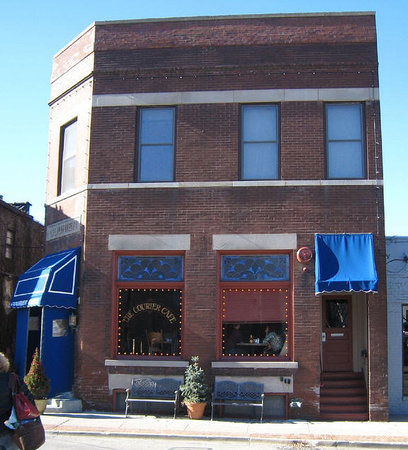 The building is beautiful and we were looking forward to a delicious lunch after reading positive reviews. We all ordered different entrees and we were all disappointed. The sandwiches here honestly looked and tasted like they came from an elementary school cafeteria. They claim that the bread is freshly made but that was not our experience. We did order the skinny dippers which came out covered in dried chives. Nothing fresh at this place. 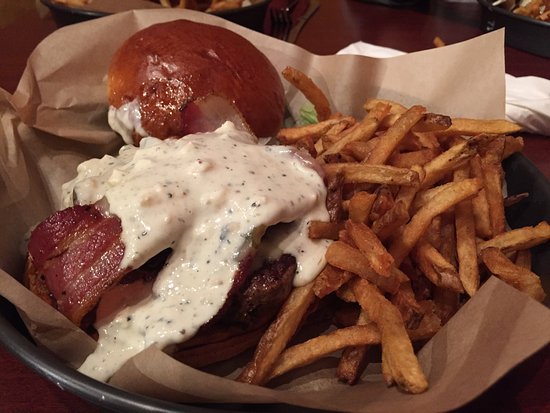 We don't get back to Illinois very often but one of our must stops is Farren's. The burgers and fries are always top notch and our kids fully enjoyed the Farren's experience on this visit. The portions were large and priced very reasonably. The staff was very efficient and polite. We will be back every time we are in town. Love it! 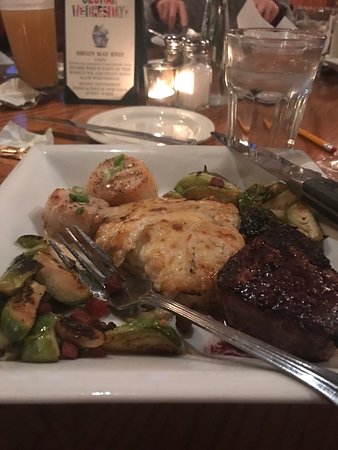 The temperature had plummeted to just above zero when we entered Silvercreek for dinner on the night before New Year’s Eve. Soon after, we were sitting before a cozy fire, enjoying a cassis-based kir (me) and a hearty beer (my husband). Great way to erase all memories of Winter in the Midwest! For an appetizer, we then shared the exceptional salad of greens layered with orange-marinated beets, roasted sweet potatoes, green apple slices, cranberries and feta with an apple-Dijon dressing. For entrees I enjoyed the whitefish in a citrus cream sauce with mushrooms and carrots while my husband chose the herb-marinated lamb with spinach and au gratin potatoes. For dessert, I opted for the trio of house-made chocolate-dipped caramels with their almost-liquid centers. Two were boxed to accompany me after I enjoyed one for dessert. We read that Silvercreek has been around since 1989. When our children attended the University of Illinois, we often enjoyed the wonderful Sunday Brunch. Now, as on this night after attending a U of I basketball game, it was great to be able to enjoy a “couple’s dinner” at a restaurant we knew would provide exceptional food, service and atmosphere! 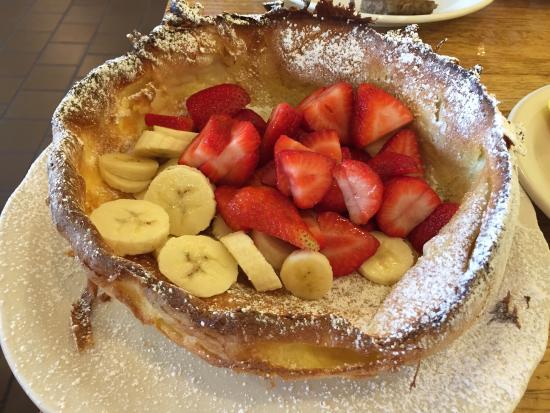 A family of six had breakfast the day after Christmas. Our food was just ‘ok’ and nothing special. Some of the food came out cold. The Thomas Benedict was made with CANNED mushrooms—yuck. The potato pancakes were sort of tasteless. There were also no vegan options. I won’t go back. 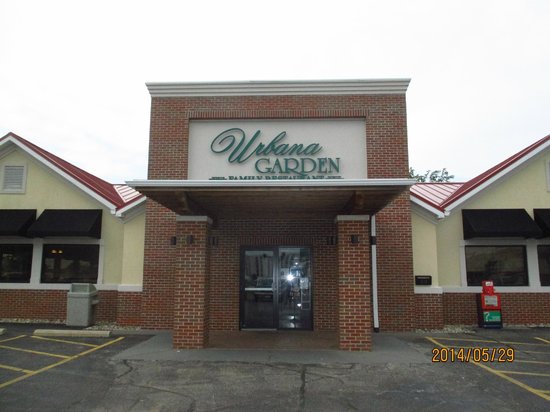 I resisted going to Urbana Gardens for Thanksgiving dinner - I assumed most of their food was frozen based on prior visits but my husband wanted to go. They had a nice choice of special meals for the day including Turkey, prime rib, ribs, fish, etc. My husband had the prime rib which he felt was good. I ordered the Turkey and dressing dinner with mashed potatoes/gravy, a roll, and a piece of pumpkin pie. The Turkey was very good, way too much to eat and the dressing and mashed potatoes tasted home made. Their salad bar was small but had everything you could want. The only change I would make is to offer a vegetable or cranberry sauce. I would go there again for a holiday meal and will try it again for other dinners. 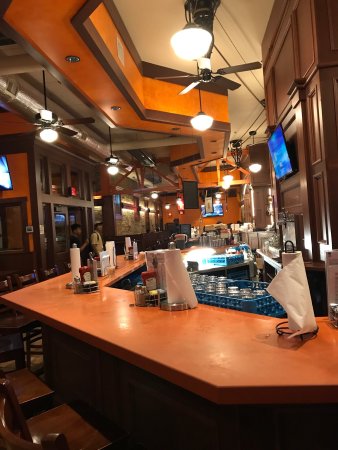 I was trying to avoid bread and ordered their barbecue chicken sandwich minus the bread. I got about 4 ounces of chicken with my meal. It was succulent and so good, I ended up ordering just the chicken after my first round. I eat gluten free and watch for protein in my diet and hoped to get 6-80z portion of meat for dinner I felt the portion was wee bit smaller but was fixed easily by placing another side order of the chicken. 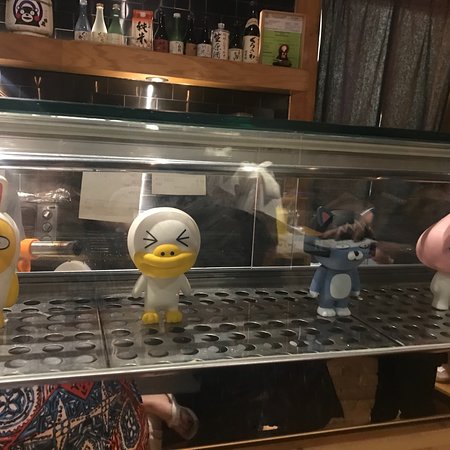 Sakanaya highly values our customers’ memories made around our dining tables. Sakanaya has been the first restaurant to go to for authentic Japanese food on Green St, Champaign since it&apos;s grand opening in November 2013. ​ The name “Sakanaya” translates to “fish market” in Japanese. Like what the name represents, Sakanaya is known to order more fish than practically any other restaurant in Champaign. Starting from the eye-catching tablewares to the restaurant’s modern interior design, every detail of Sakanaya was carefully decided by the owner of the restaurant.

So far one of the best restaurants in Urbana-Champaign... the soups and rolls are delicious... It's a small place and you must to wait but it's worth it...