Where to Eat in Canton: The Best Restaurants and Bars

Canton is the largest city in Fulton County, Illinois, United States. The population was 14,704 at the 2010 census, down from 15,288 as of the 2000 census. The Canton Micropolitan Statistical Area covers all of Fulton County; it is in turn part of the wider Peoria-Canton, IL Combined Statistical Area (CSA). 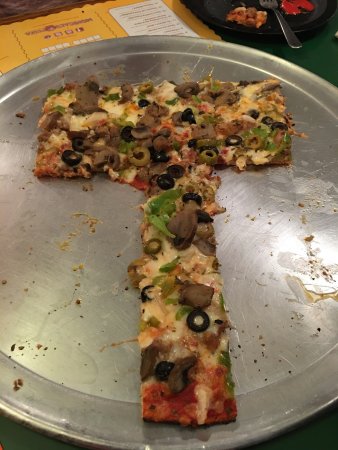 Reviewed By Derrick A - Altona, Illinois

I have eaten at various Monical's Pizza stores, but the Canton, Illinois store is the orginal, and it is hard to beat an orginal. The Canton store is the best tasting Monical's that i've had the pleasure to eat. The ingredients are very flavorful. The only improvement that I can suggest is to make a hand-tossed crust because that is what I prefer. Try it, you may like it.

Stopped to eat before grocery shopping. If the food had not have been good and hot the rating would have been terrible. Counter person decided to have a 5 minute conversation with the customer in front of us and it was not about her order. Bathroom was one of the nastiest I had been in. Not sure whether urinal had overflowed or if someone thought the floor was the urinal. Turned around and walked out. Not sure I will go back. 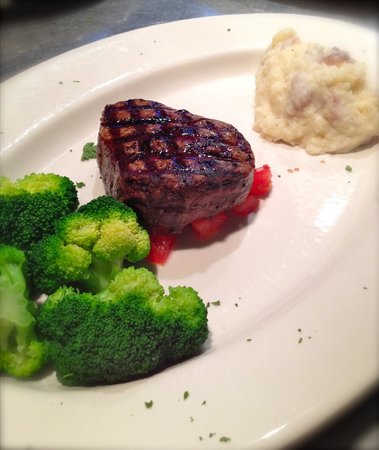 We have been here twice before for dinner and it was always good. My husband heard an advertisement that they offered a Brunch menu on Sundays. What a great choice ! Service was great as usual, the food was outstanding . Every bit of it. The Carmel pecan rolls are to die for . I ordered the cheddar biscuits and sausage gravy with 2 eggs. Delicious. My husband got the Mac n Cheese with bacon and spinach and it was exceptional. You just didn't want to stop eating as it was so good!!! Will definitely make the 30 min drive to come back very soon!!! Love the decor and the paintings !! 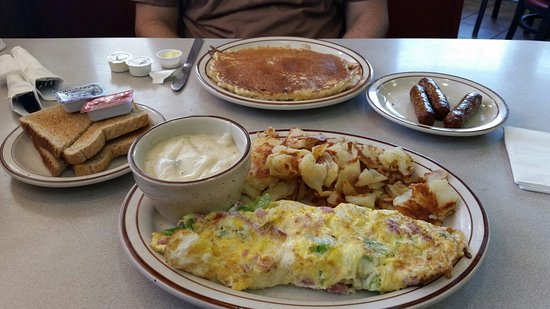 Based on this restaurant's many good reviews, my husband and I decided to give it a try. On the plus side, the chili we ordered was delicious. My fried chicken sandwich was also very good. My husband's Ponyshoe, however, was smothered in cheese. It looked like a heart attack waiting to happen. As for the service, it was not very good. Our server may have been having a bad day, but she was not especially friendly. She forgot to bring silverware to us, and she also forgot part of my order. The worst, however, was that two or three flies were buzzing around us the entire time we were eating. It was a real distraction trying to keep them from landing. It seems like the restaurant could buy something to control the fly problem there.

While visiting family we ate here for lunch. It was very good...I cleaned my plate! I judge a good Mexican restaurant on their salsa and margaritas. Both of these were very good. Salsa was fresh and margarita was strong. I had a frozen, house margarita with salt. We also had the queso. It was a tasty, white queso. The service was good too. I would definitely go here again. 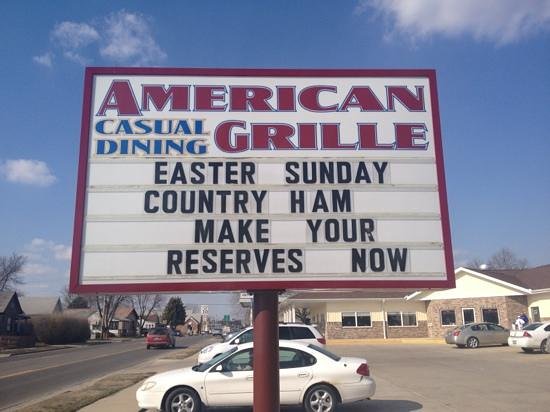 The food is decent, some things above average others average. Sadly the service destroys any chance of a return, after 3 attempts on our visit to town. The "waitress'/rudetress'" are a huge detriment to business...Apparently they think they deserve a "good tip" as I over heard just for them taking orders and dropping food off.
Soda/tea/water never refilled even after asking...Ask to speak to a "Manager" and you get another server that shows up and says "Sorry you are happy, but we do what we can".

We won't return, and will warn everybody away that we come across.

Normal food for a supermarket. Fried chicken, most of the Chinese food (that we've tried), were good. The meatloaf was very good as they didn't overdo the breadcrumbs, spices and fillers. It's great for bring-home-and-nuke-later food. When I said MOST of the Chinese we've tried there was good (lo mein, General's, twice cooked pork), I'm excluding the absolutely terrible Hot and Sour soup. I might give it another try sometime as there's no way this is it normally. Take sea water and add more salt. My wife literally spit it out. But over all it's a pretty good option in a grocery store.

Both the food and service were sub par. We ordered 4 burgers, fries, onion rings, and cheese balls. The cheese balls were the only thing worth eating. I should have known The burgers would not be good as they didn't even ask how we wanted it cooked. The burgers seemed to not be made fresh daily or even weekly at the restaurant. They needed seasoning and a higher quality beef. I question if the burgers were the frozen premade kind. Fries were decent and hot, but nothing special. The waitress seemed annoyed when I asked about ingredients in two different items and wouldn't even check if the bun for a hamburger had dairy or egg. Her response was "I would think all bread does". As a mother of a child with anaphylaxis that checks every food label, I know that not all bread items have these ingredients. To avoid an anaphylactic episode we just skipped the bun. We have restaurants that go above our expectations to make sure my daughter has a meal she wants to eat. Our server stated "She can always just eat applesauce". Really? Do you want to just eat applesauce for dinner? She is 6! She cannot control her medical condition. No, she is not just eating applesauce for dinner! We should have left at that point but we stuck it out. Big regret! We waited almost an hour from the time we sat down to get our food to the time we received our food. My daughter was served a plain hamburger patty on a plate, which we ordered, but they could have attempted to make it look appealing. We immediately asked for silverware. 4 minutes later we are all still waiting on silverware. I decide to tear apart her burger with my hands and have her eat it. By this point it was already cold. I instill in my children good manners and was disgusted that she had to eat her burger with her fingers at a restaurant. 6 minutes later we flagged down a different waitress who brought us silverware. Our original server returned 26 minutes after she delivered our food to see if we liked it. We checked out and did not receive an itemized bill. We spent almost 2 hours and $60 on a dinner we threw half away. I'm not even sure we were charged correctly. The bill seemed awful high for what we ordered. Save yourself time and money, find a different restaurant. 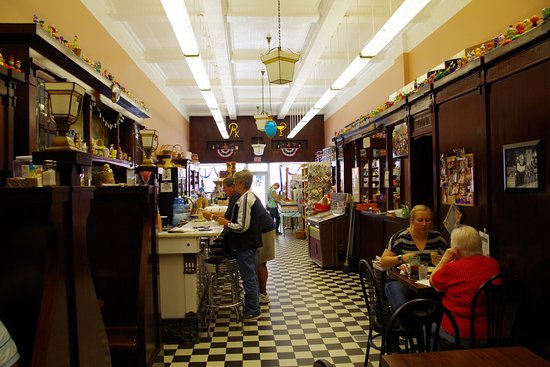 Were told this is the last remaining old-time soda fountain in Illinois. Worth a visit if you grew up, like I did, sitting at the counter and having a root beer float. They serve food but the visit is what is special. Take in all the interesting trinkets on top of the cabinets. Good selection of souvenirs, also.

Good is always good, and portions are plentiful.they are always very prompt and friendly. The place is very small, 4 tables at most. So take out is the best option. Would be nice to see outdoor seating