Top Things to do in Cannock

Where to Eat in Cannock: The Best Restaurants and Bars

Cannock (/ˈkænək/), as of the 2011 census, has a population of 29,018, and is the most populous of the three towns in the district of Cannock Chase in the central southern part of the county of Staffordshire in the West Midlands region of England.
Things to do in Cannock 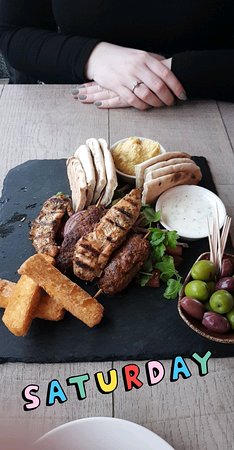 This restaurant had a lot to live up to after hearing great things from friends and it certainly lived up to expectations. Food was excellent, staff were excellent, surroundings very pleasant and we will definitely be returning again very soon!Wow Andrew! Thank you so much for your wonderful feedback, we are delighted that you had such a lovely evening with us. We will let the team know that you loved the food and service and we hope to see you again very soon.. 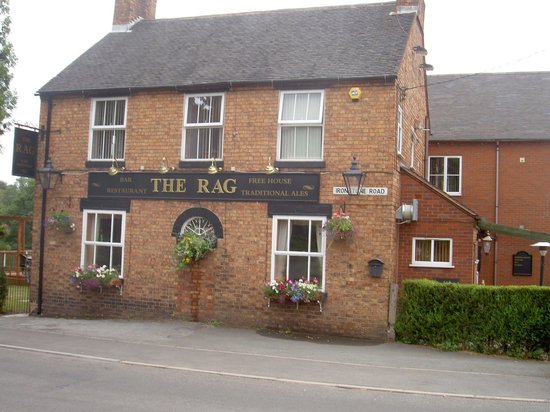 Set on the outskirts of Cannock Chase, The Rag Restaurant was opened in March 2004 after extensive building work and redecoration. It has an established reputation for serving high quality, home cooked food, which along with fine wines helps to ensure The Rag provides a charming location for any occasion. Inside The Rag you will find a relaxed, friendly atmosphere full of style and comfort. Whether you wish to visit for lunch or an evening meal, you and your guests can be assured of a warm welcome.

There was a group of 9 of us on a Saturday night for a birthday meal. We had excellent food of the extensive menu. Everyone was pleased with their choices, huge portions. The beauty of The Rag is that they vary the menu and add...MoreHello Sue P Thank you for taking the time to leave a review of your recent visit to The Rag. We're pleased that all went well for the birthday meal and look forward to welcoming you back again in the future. Kind regards, The Rag 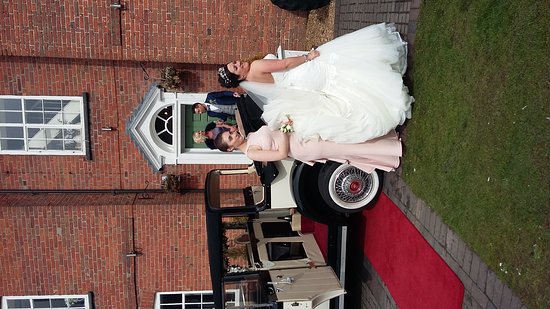 Really enjoyed the food, then went. Into the bar area where there are 5 televisions to watch sport, I was led to believe this was an adult only area only to be confronted by a family who had reserved 2 tables to watch the wolves match they then proceeded to drink and Totally Ignore what there children where doing, they ran up and down totally annoying everyone apart of their parents, may I suggest that you do make this area children free, as I was led to believe that children where allowed in pubs as long as they were accompanied by responsible adults and eating a meal, I feel sorry that the amount of people that where in this area trying to watch the sport will not be returning, it's a crying shame as every other aspect of the visit was good, 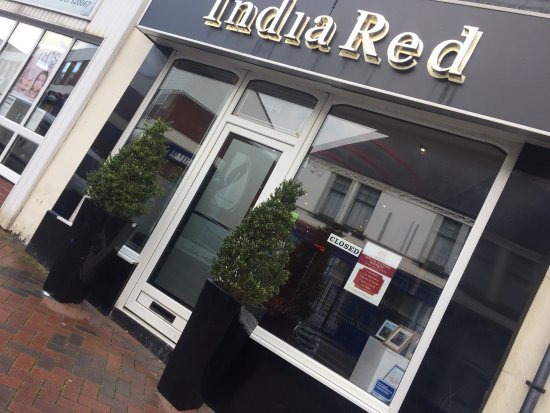 amazing food, best curry house by far. went here to celebrate my graduation and thoroughly enjoyed my meal. it is bring your own drinks and their is an off licence over the road. Service was fab, all the best to the new owner Mo and his team. see you soon! 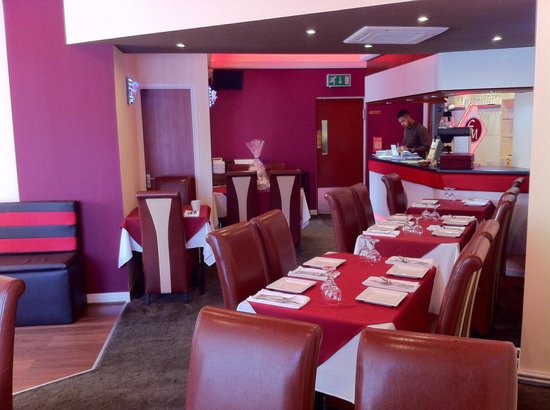 As Indian restaurants go Eastern memories is good, Never had any bad food from here, I would recommend eating here, parking not great, side streets etc, but on the whole a pleasant experience, the only real down side is the local clientele, Bridgetown/ Cannock (rough) 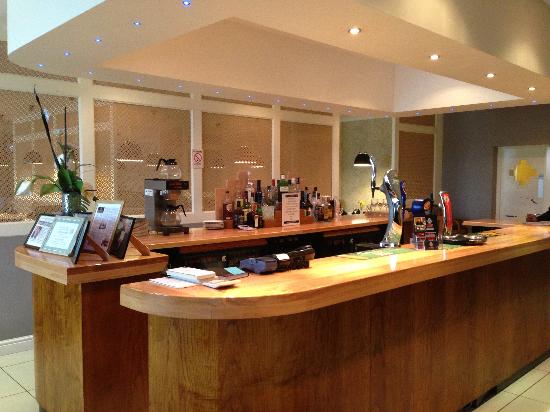 I heard about this restaurant from a past work colleague. An eccentric and a colossal character, who upon meeting clearly knew the delights of Indian cuisine.
I normally venture out towards Birmingham and try a multitude of different Indian restaurants serving Eastern cuisine.
However, on this weekend I remembered his recommendation and booked a table online at Blue Ginger, how fortunate I was to take his advice.
On arrival there is parking outside the restaurant, the entrance is quite impressive with two pillars one on each side of entry.
I walked in to an open plan dining area with a bar situated by entrance, I was promptly seated near the bar area. The atmosphere was quite affable and inviting, the decor was not over-elaborate and minimal but very pleasant for a venue to feast and dine.
I ordered a starter of scallops with a recommendation from staff penning down my order, then I ordered king prawn nimbu again on recommendation with some sizzling rice and a keema nan.
First impressions are the amiable demenour of all the staff, who take great care to connect with the customers for a pleasant dining experience.
Firstly the quality and taste of the dishes served to me, the scallops I normally eat are pan fried and lightly seasoned. These scallops had an Indian touch and were lightly spicy with a flavorsome aroma.
The main course was equally delicious with the sundries and the nan bread was also very good. I finished with a desert and coffee.
To conclude this is an exceptional Indian restaurant serving quality food at reasonable prices. The service was accommodating without being intrusive, the management is a family run affair and you can tell the patriarch has taken customer service as a pivotal focus for customer satisfaction.
Finally I would highly recommend this restaurant to all connoisseurs of Indian cuisine, also the service and hospitality is admirable. I will be visiting on a regular basis no doubt.Well done to the management and cooking staff. 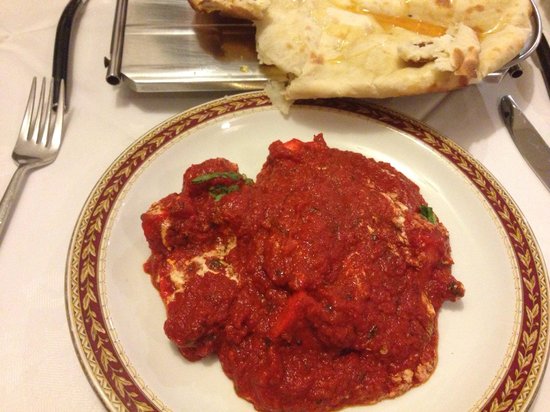 My granddaughter chose this venue to celebrate after her Graduation Day and we couldn’t fault the meal or the service!! It was a lovely end to a lovely day and we were pleasantly surprised as to how good this restaurant was!! It was excellent value too! We will certainly be returning! 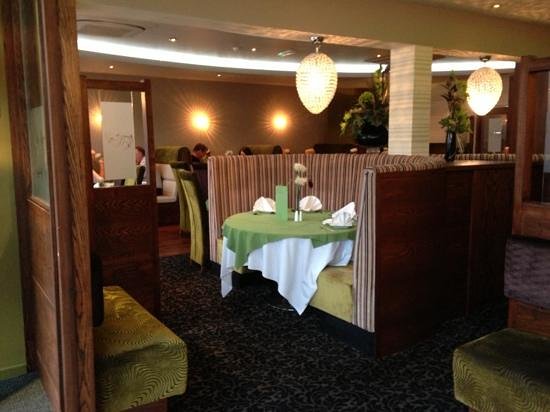 This was my first visit to this restaurant. Has we entered I could feel the atmosphere, the welcome from the staff was friendly and warm. We were quickly shown to our table. And given the menu. Drinks were ordered and arrived quickly. A large menu. Having made our choice we sat back and had time to browse around the restaurant. The staff were very helpful, friendly, but above all professional. Nothing was to much trouble for them. I over heard waiters explaing the food. When our food came it was piping hot, very well presented and delisous. I have been to many restaurants. This is up with the best. (Probably the best that I have been to ) .At the end of the evening has we left we were thank for by the manager for visiting the restaurant. This will certainly not be our last visit. Close to there is ample free car parking. To close I would like to say thank you to all of the staff. 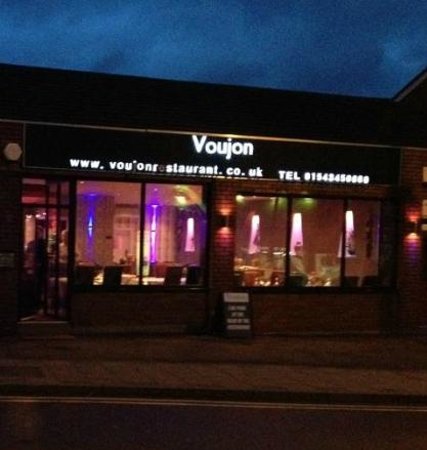 Enjoyed our meal of popadoms and then a chicken dish, well spiced and good portion. We will be back! 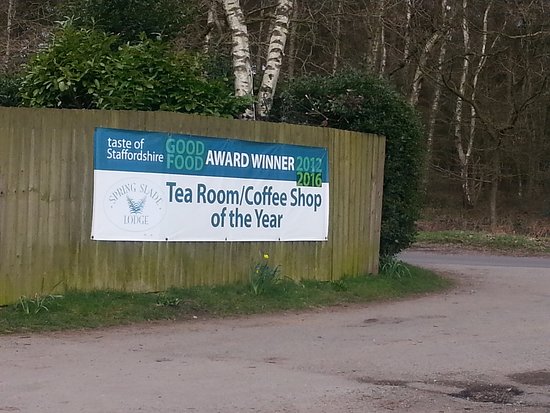 A tearoom situated in a beautiful Woodland serving homemade food. We also have a Caravan and campsite and we run Children&apos;s parties for all ages such as Treasure Trails, Its a knockout, Let&apos;s build a Den and Fun Cookery.

Kaye and her team were brilliant at putting together an afternoon tea for a group of us. The sandwiches and cakes were delicious, the hot drinks were plentiful and topped up when requested. The service was fantastic and the table looked great when we arrived....MoreWow lovely to hear, hope to see you all again. Hope you all enjoyed the walk too. Take care, Kaye.