Where to Eat in Benson: The Best Restaurants and Bars

Benson is a city in Cochise County, Arizona, United States, 45 miles (72 km) east-southeast of Tucson. It was founded as a rail terminal for the area, and still serves as such. As of the 2010 census, the population of the city was 5,105.
Things to do in Benson

Mi Casa is so wonderful in so many ways. The food is gourmet quality, the flavors mouth watering and all the dishes are artfully displayed. Our home base is the Albuquerque area and there is no shortage of good Mexican restaurants there, however Mi Casa is without a doubt the best Mexican food we have ever eaten. We have tried several of the dishes on many occasions and each one is excellent. Prices are reasonable as well and the owners are extremely nice.

Being Brits we do love our tea. In the US a good cup is hard to find.Like most nations they do not understand that the water must be boiling. Starbucks know this and give you a half decent cuppa.

ICE CREAM! Wow! This was such a great stop on our way back from Tombstone. A seemingly endless selection of choices on the menu. Very friendly (and patient) staff on hand to help us decide what to order. It was a real treat. Don't just drive by.

This small cafe has great lunches, reasonably priced, large portions and friendly staff. However, THE PIE is what I love. Rich enough to share a piece. Fresh, made from scratch and lots of varieties. Try the "banana split" which is chocolate cream with goodies inside...loved it!

It is 17 miles east of Benson and about 40 miles east of Tucson on Interstate 10 (Exit 322). Look around the spacious gift shop and purchase a few gifts, a couple of pieces of Indian Handmade or gold jewelry, some pottery, or one of the many other items available at this location. Do your shopping before you tour the museum and look for The Thing. Because afterwards you will probably want to compose yourself and just sit awhile sipping a cold soda or try to calm your nerves by scarfing up an Ultimate Burger or shoveling down a cold DQ Blizzard at the Dairy Queen located right next door. This location also offers self-serve Shell fuel with 24 hr. Pay at the pump service.

There are reportedly 247 billboards between El Paso and Tucson that peak your interest about what "The Thing" is ...

... keep in mind people, this is a roadside attraction from the 50's. Or should I say leftover from the 50's. So if you have high expectations of something better than a circus sideshow, you will be disappointed.

There is a large gift shop and if you need a resin animal (it had to be the largest collection of them I have run across) or a shot glass from any state in the union this is your place. The folks are friendly and it's a good place to stretch your legs and visit a clean restroom. The food offerings are a Dairy Queen and if you are reviewing this place for the food you have missed the mark.

Bottom line... if you are at a point you need to get gas or a restroom by all means stop. If you are so inclined pay the dollar to walk through the "museum" and imagine yourself in the 50's when life was a simpler time. 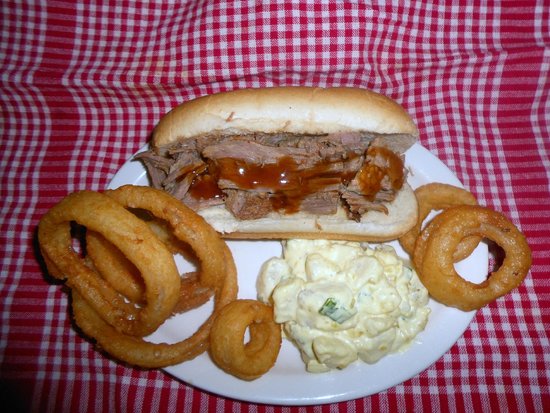 Need a hot dog fix? How about a delicious brisket sandwich? This place is the best! Not fancy, but very comfortable and the food is delicious and the prices are reasonable. There is always an old movie playing on the TV and the owners are...MoreThank you so much for your stellar review of our service We strive to be consistently caring about our service ad how we treat all our guests. Thank you and we look forward to seeing you again soon! 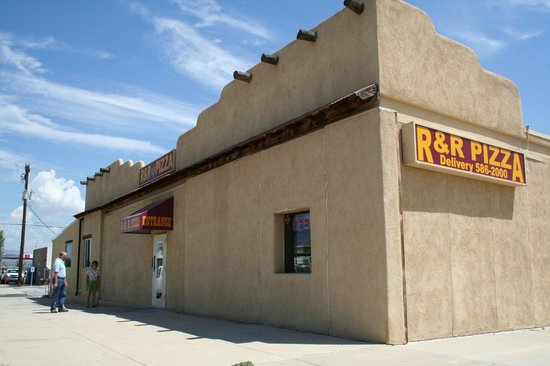 R&R Pizza - Benson is a free standing building on the corner of Huachuca and 5th st. With lots of parking including truck and bus parking in the lot across Huachuca or on the street. We have an occupancy rating of over 200 people, including a game room and a private party room,for birthdays or meetings.

We stopped for pizza after a day at Karchner cavern and a trip to Bisbee. We really enjoyed the pizza and the staff was very friendly and prompt. We will be back the next time we come through.Thanks? We hope to see you again very soon.

Friendly staff, great ice cream, chicken sandwich was very good A fun place to stop do to the THING!!

We are cautious when it comes to Mexican food - don't care for too many beans and melted cheese. At Magalay's we ordered chicken soup and split a chicken taco salad.
The soup was absolutely excellent - a very clean, fine, and gently flavored broth. It was spiced, but not too much. The shredded chicken was like angel hair pasta - very thin shreds of chicken - lots of it and very good flavor. There was some rice in the soup as well. The salad had the finely shredded chicken also - lettuce, tomatoes on a bed of shredded lettuce - in a tortilla bowl. It also had a creamy guacamole which was so smooth. The salad had 4 taquitos - something new to us - shredded chicken rolled in tortillas and baked with a small amount of melted cheese - these are to die for!
We will certainly go back if we are ever in this area again.