Top Things to do in Bayville

Where to Eat in Bayville: The Best Restaurants and Bars

The Village of Bayville, often referred to as Pine Island, is a village located on Long Island Sound facing Greenwich, Connecticut. The Incorporated Village of Bayville is located within the town of Oyster Bay in Nassau County, New York, United States. The population was 6,669 at the 2010 census. The village was incorporated in 1919 during the incorporated village movement which allowed many larger estate owners on Long Island to establish political and security control over their domains.
Things to do in Bayville 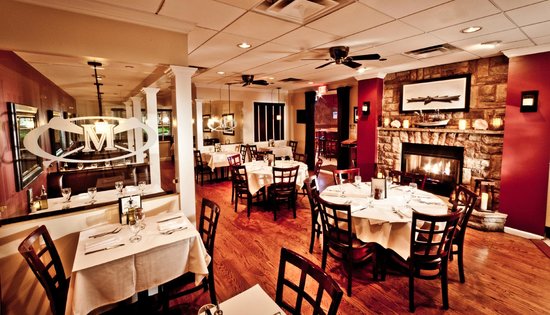 Mill Creek Tavern is a cozy and warm neighborhood restaurant with big city cuisine, served in an intimate dining room with exquisite menu selections. Start with the Tuscan calamari, onion soup, or a mussel pot. Enjoy entrees like Mim&apos;s meat loaf, pecan-crusted sole, or filet mignon. Save room for campfire s&apos;mores or have it all with the dessert sampler.

We visited Mill Creek Tavern on a Saturday with a party of 6 people. It's a really nice place with a bar and a separate room with more tables. Reservations are suggested for larger parties. Everyone was really nice on the phone and very accommodating....MoreThanks for taking the time out to post a nice review and thanks for your honesty and constructive feedback. We hope to see you soon!!! Cheers - Rich 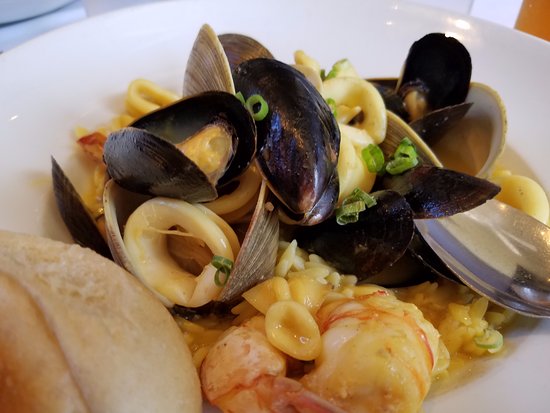 After visiting nearby Sagamore Hill we visited Wild Honey. It was a weekday so not very busy and we were seated immediately. The menu is varied with many salad and seafood items. We were all pleased overall and would definitely return! 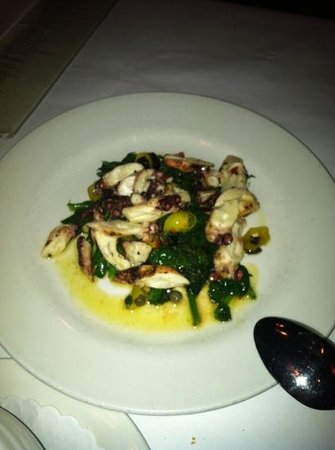 We give people great food, selections, drinks and service in a casual atmosphere at a reasonable price 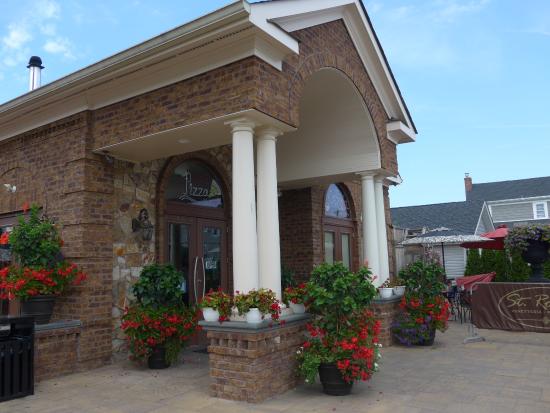 I love, love this place! The pastries are always terrific. Sandwiches, pizza etc. exceptional. I really come here for the breads though. The best ever breads...you have to take a few loaves home. In the nice weather you can sit outside and enjoy looking out St. Rocco’s way. It almost feels like you are in Italy! Love this place! 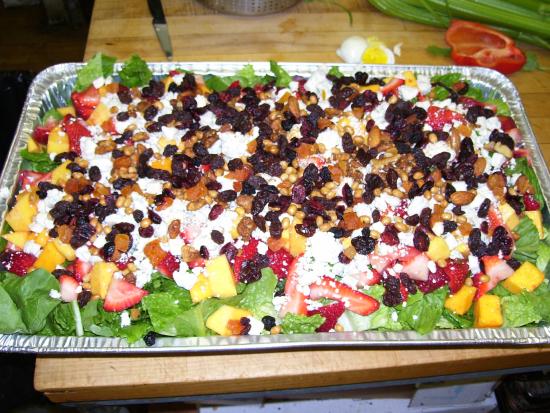 The Loafers Bakery has been around longer than I've lived nearby (22+ years), but has changed hands. I agree with the other reviews that their butter cookies can't be beat. In addition to cookies, pies and other sweets, they also have a variety breads and cheeses, offer crudite platters, frozen soups & prepared meals (the latter 2 are usually good albeit heavy in calories), candy, snacks, etc. I would say they earn a solid good to very good rating. 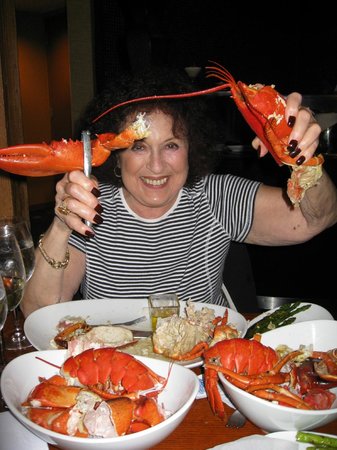 We visited the restaurant at the Crescent beach club on a beautiful Sunday at sunset. The view is spectacular. We had a very friendly waiter, however, the services was mediocre...we poured our own wine during the meal.

The food was wonderful. The view was great so we didn't;t sweat the small stuff. 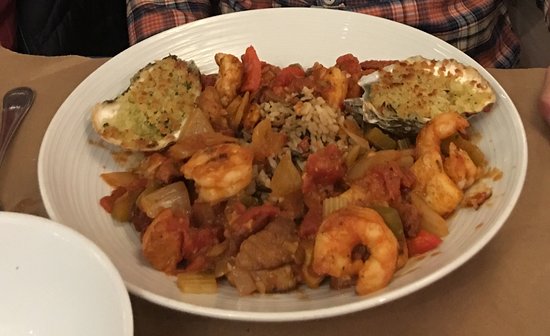 I reserved a table for two people, nice position I have to say. They served us gently and the food was spectacular, long time I haven't had fish like this. Congratulations, I will come back again! 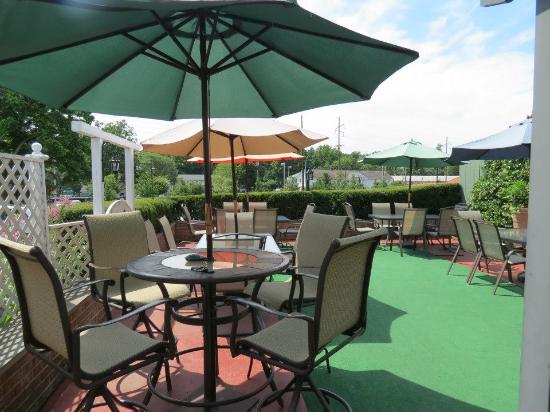 We went with another couple for "Sunday Brunch", we started w/ MIMOSAs, BLOODY MARYs & IRISH SODA BREAD which were all very good.
I had "EGGS FLORENTINE" which was superb, my wife had "Three EGGS, Canadian Bacon, Rye Toast".
Both of our friends had OMELETTES: one was "Spinach, Cheddar & Tomato"; the other was "Mushrooms, Ham, & American". They both said their omelettes were perfectly cooked & very tasty. The "Home Fries" that came with all dishes were delicious.
We also had an order of "BLUEBERRY PANCAKES" to split among all of us. We thought they were great & enjoyed them.
Gaby was our Server & she was excellent.
The atmosphere was great & the decorations are very neat with Cable Cars & Ski Lifts stretching from above a set of booths to the wall. I wonder if the Winter Scenes are changed with seasons, I suppose we will have to come back for another visit to find out. 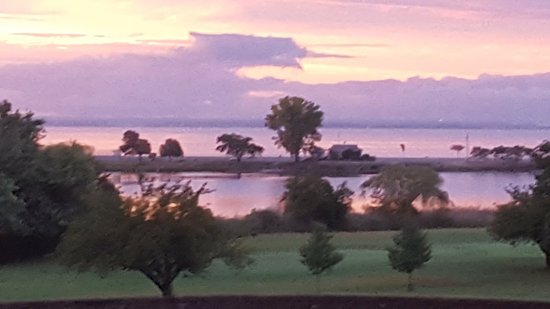 The View Grill is where fresh ingredients meet the hands of talented chefs and great creations of culinary bliss are concocted. Enjoy a delicious meal today!

This restaurant was recommended by the staff at the hotel we were staying at the Glen Cove. The first problem was trying to find the place. We went into a subdivision that has the same name as the golf course next to it. We wound up in someone's driveway. Looking back, I should've knocked on their door and try to get dinner at their house instead of at The View. My wife and I really just wanted a late bite. We tried the Tiki bar which is attached to the restaurant. They had nothing on their menu that was appetizing. We then went to the restaurant. I cannot remember the last place that I went to where I looked at the menu and found nothing that seemed appetizing. I finally decided to just have a bowl of soup so I went with the French onion. A more apt name would have been French plastic or rubber because this soup, and the cheese glued on top of it had no flavor whatsoever. Even the club soda that I ordered tasted horrible.
Everything about this place was a mess. Do not recommend. My family and I have been coming to this place for close to 15 years. The food is always fresh and delicious...it never fails to disappoint. However the service at Twin Harbors is not good and borders on being bad nearly every time we dine here. The only reason I rated it is high as I did is because the food served here is excellent. The only thing I wish is they had a bit more variety to their menu. It has essentially been the same menu and basically the same specials for the last 15 years. I guess they don't believe in messing with what works. We have been loyal patrons for a long time but after a few of our last experiences with the wait staff we are considering not dining here anymore.