Where to Eat in Altoona: The Best Restaurants and Bars

Altoona is a city in Blair County, Pennsylvania, United States. It is the principal city of the Altoona Metropolitan Statistical Area (MSA). The population was 46,320 at the time of the 2010 Census, making it the eleventh most populous city in Pennsylvania. The Altoona MSA includes all of Blair County and was recorded as having a population of 127,089 at the 2010 Census, around 100,000 of whom live within a 5-mile (8.0 km) radius of the Altoona city center according to U.S. Census ZIP Code population data. This includes the adjacent boroughs of Hollidaysburg and Duncansville, adjacent townships of Logan, Allegheny, Blair, Frankstown, Antis, and Tyrone, as well as nearby boroughs of Bellwood and Newry.
Things to do in Altoona 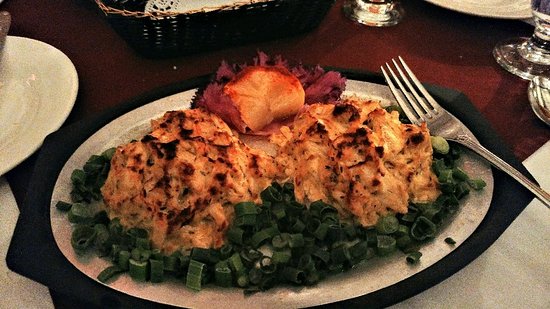 For the best Italian food Closest to Piittsburgh, or New York, Come to Finellis Italian Villa. From being greeted by the owner Frank, to the excellent Dishes From chief Anthony, And of course Jeanie's homemade Desserts are to die for. Amy the Bar hostess, waiter and waitress, are 2nd to none around here. You are treated very special from the time you arrive,. everything on the menu is fantastic, you will not have a bad meal. I ordered the chicken parmesan , which is the best that I have eaten anywhere, and we travel alot of different places. My wife had there Filet Mignon which she said melts in your mouth, I've had different meals and they are always good.It's something to see when they bring out Jeanies tray of about 12 different deserts to choose from all are great. So if you want the best in white table cloth original Italian cuisine, come to Finelli"s Italian Villa!!!! 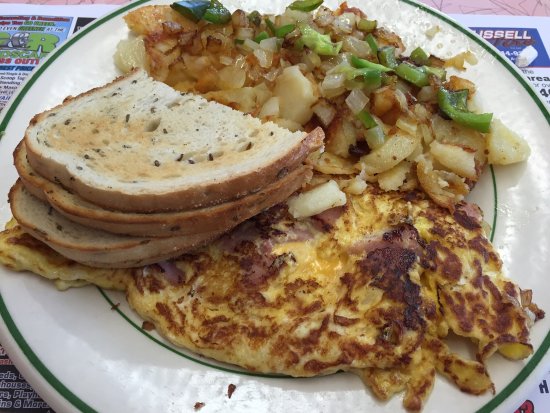 Yes it’s loud. Yes it’s busy. But if you don’t try this restaurant, you are missing out on the entire experience. Come in for breakfast and order the “the mess” - a mixture of eggs, potatoes, onions, peppers, and meats (bacon/ham). Is it good for your cholesterol? No. Is it good for your soul? Absolutely. 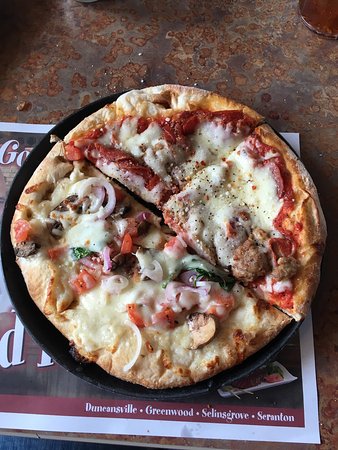 We stopped here, as the allure of a brewpub in Altoona was too captivating not to stop. The food was excellent, the service was quick and efficient, and the beer was cold. The best of all worlds. Go check it out!! I highly recommend the Stromboli. Just like it should be made. 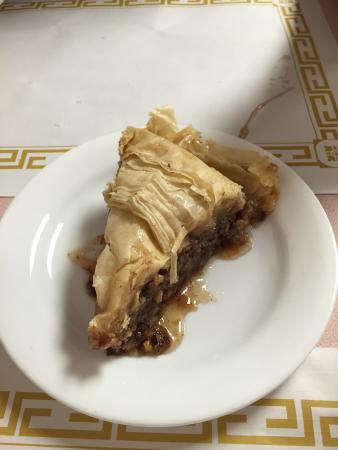 We were traveling back from vacation and were staying at a hotel nearby. We wanted something different, and had excellent gyros and Greek salad. The people were very friendly and helpful, and the price was right. 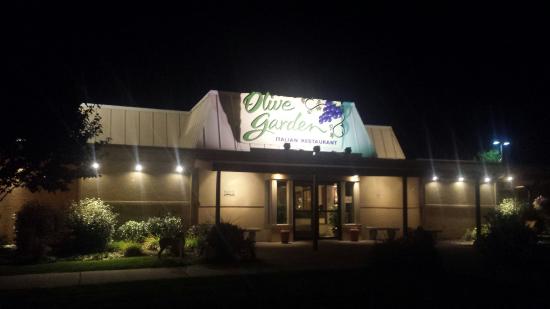 Ok, I am as shocked as you are that I would give any chain restaurant, especially an Olive Garden 5 stars. I think the shock of so many interesting, different expectations vs output from this dining experience has caused the 5-star rating. First off, the parking lot was packed so I expected to wait for quite a while, but when I entered, the hostesses told me that there was seating at the bar since there would be a wait. Well, I have had "bar seating" before and it has been terrible every time as the bartender is focused on drinks, not on food, so I declined. I decided to wait and angrily sat down to wait as my stomach growled; however, in about 7 minutes (yes, I timed it), I was called to be seated.

I was seated and experienced "Kristen". I remember the name because this is my favorite niece's name. She was amazing--attentive, caring, talkative, accommodating, etc. Everything you would want in a server, she was that and more. Being vegan (for my followers, sorry you have to hear that again, ugh), she did her best to make sure my meal was as I wished...even sprinkling garlic on the breadsticks and wrapping the napkin around them so the garlic would stay put--butter is the key here and I don't do butter. The salad was good even without the cheese and croutons; and, the meal was excellent as I ordered whole grain linguine with marinara sauce. I ordered extra marinara to dip my "garlic" breadsticks in so there would be added flavor. Yummy.

Overall, everything was splendid (did I just say that for an Olive Garden?). *Kristen made the night memorable as she was one, if not the best, server I've ever had. Olive Garden is lucky to have her and I don't comment on servers too often.

*Disclaimer: I do not know, or am related to Kristen. She was just an awesome server. 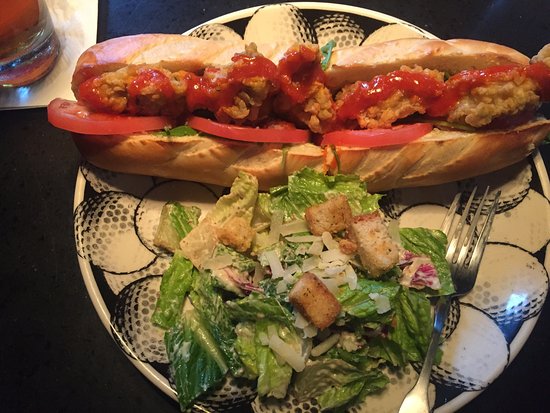 Great place, nice location, great beer selection and food; however we felt their customer service policy was inconsistently applied to us. We are an older couple who sat at the bar. NO ONE else there at the time (so its easy to keep 'track of us'); yet we needed to produce a credit card to start a tab. Ok, that is the policy we were told. Then a few other older guys sit at the bar & the bartender did NOT ask for their credit card (or take $$) to start a tab. I asked about the disparity and was told by the bartender that she "knew" them as the reason they did not need to produce a credit card. Well the lack of logic with this approach (and subjectivity of the policy) is IF we had sat at a table and ordered a beer and started a tab; would the waitress asked us in advance for a credit card? NO way...we've sat at a table before and that doesn't happen...This disparate "customer service" did not make us feel welcomed and the bartender was indignant. How many times do we need to be in there to be "known??" This is not a standardized company policy but rather a subjective/inconsistent approach to customer service and we were offended. Champs, you have lost our business...yet I doubt that you care. Shame on you. 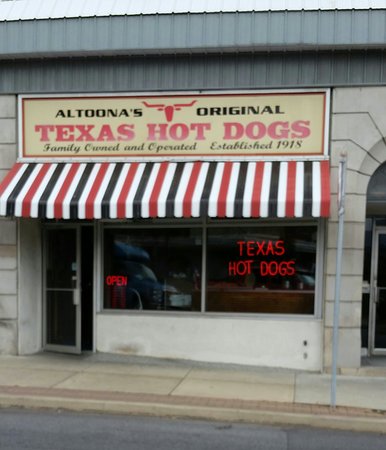 Celebrating 100 years of business in 2018. Nostalgic diner orinally established in 1918. Located in Downtown Altoona, PA. Known for its famous Chili Dogs and a Texas Macaroni served smothered in Cheese and Chili Sauce. Family owned and operated by Members of the Lamont/George family for 100 years. Stop in for the delicious icy cold draft Rootbeer. Homestyle chili and fresh soups too. Prices are very reasonable.

Service was great, clean eatery, and reasonable priced. I have been to Altoona many times to visit relatives and had never been here. The dogs were average for me. Nowhere as good as what I have had in Chicago. The mac was also O.K. It...MoreFamily is so important I hope you get back to Altoona to visit them again, and perhaps will join us for lunch one more time too. 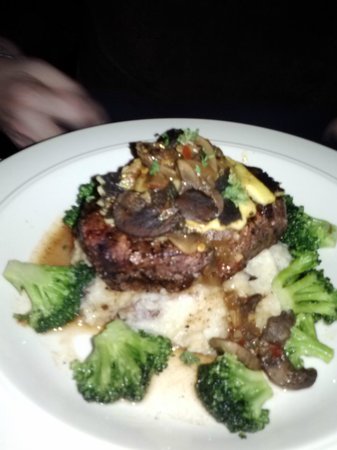 This restaurant was recommended to us by the hotel staff. It was located downtown on 11th avenue and had a nice ambience with an outdoor patio area. We had the mussel appetizer which was perfectly cooked and presented. We followed this with sea bass and red snapper. Both dishes were prepared well and delicious. Our server was pleasant and friendly and after our meal we finished with a wonderful brandy and coffee. Can highly recommend this restaurant. 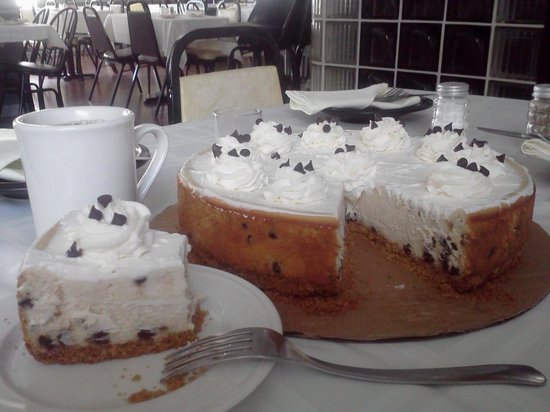 Excellent Italian food. Reasonably priced. My wife ordered arribbiata pasta and it was excellent. I ordered small Caesar salad and gave it high marks! That was followed by baked Haddock; it too was well prepared and delicious. Finally, triple layer chocolate cake to finish the evening. Nice ambience with interesting bar area and personable wait staff. Highly recommended! In a town with ample choices you will not be disappointed. I swear I took more home with me tan I ate. I can't say a bad thing about the food, service or the price. It will your new go to place!