Where to Eat in Alamo: The Best Restaurants and Bars

Alamo is an unincorporated community and census-designated place (CDP) in Contra Costa County, California, in the United States. It is a suburb located in the San Francisco Bay Area's East Bay region, c. 28 miles (45 km) east of San Francisco. Alamo is equidistant between the city of Walnut Creek and the incorporated town of Danville. As of the 2010 census, the population was 14,750. The community of Alamo is well known for its lavish lifestyle and its notable residents, with the median home price being $1,890,000. 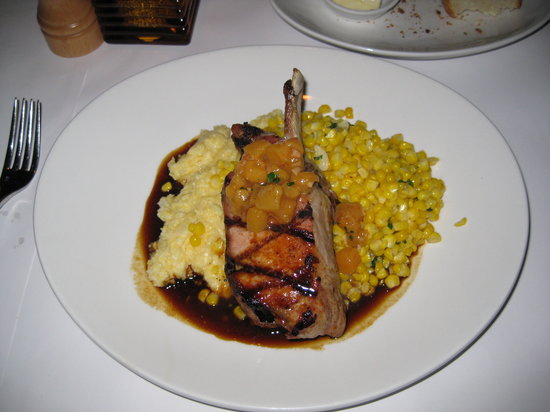 Esin has been a neighborhood jewel since opening in 1998. The name Esin is not only the name of one of the owners but also means “inspiration”. The food is the passion of Chef & Owners Curtis and Esin deCarion. They strive to create cuisine that is fresh, seasonal, and prepared with great care. The fare is American with bits of Mediterranean influences. The wine list has been recognized by Wine Spectator & Wine Enthusiast magazines. <br> Esin Restaurant & Bar relocated in July of 2008 to the Newest upscale lifestyle center The Rose Garden in Danville. The freshly designed dining room offers warm and comforting tones.<br>Be sure to save room for one of Esin’s fresh made desserts that have become so well known.

Reviewed By Jill A - Danville, California

Calm contemporary decor, a waitstaff that know they are there to make your dining experience the best it can be (and not to be your best friend), good variety on the menu, the best salmon (it's usually a special and always over something really interesting) - and the most incredible selection of desserts, all fabulous. Try the prawn cobb, the meze platter, the pasta special - the fried chicken sandwich at lunch. And save room for dessert. I always check out the dessert case on my way in. We have a friend who usually shares but will not share the lemon merengue tart with gingersnap cookie crust. Once you taste it, neither will you! Well worth a trip to Danville.

This place never disappoints. Every single cake, cookie, or dessert that I have taken to work or brought home has been devoured in short order. They are generous with their samples, willing to accomodate special orders or just a quick inscription to personalize a cake...I don't patronize any other bakery. 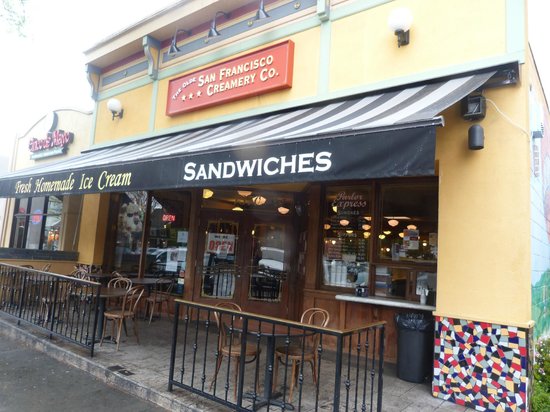 Went to SF Creamery today with my family. Had a delicious black and tan sundae. Nice restaurant, quiet when we went, not too busy. Service was fast and the sundae's were yummy. 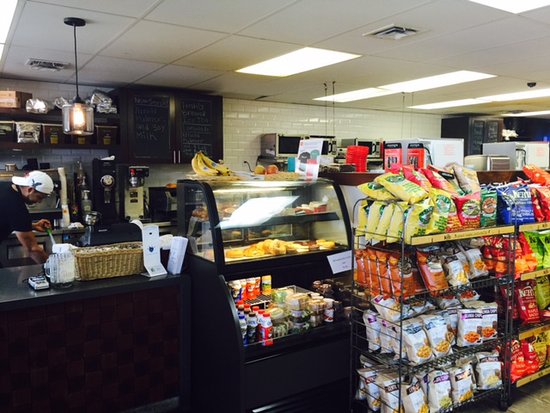 Amazing deli. Best sandwiches ever. Hidden, but very well known among locals. Be prepared to wait in line, but not disappointed. Love this place.

I have been eating at The Courtyard for years and make it a habit to have breakfast there at least once a week when the weather is nice. The staff is very friendly and greet many customers by name. The courtyard is by far the nicest in Alamo with a lovely fountain and tall redwood trees. The food is tasty and wholesome, if not remarkable. But, the setting is what really makes this restaurant special.

You're not likely to stumble upon this hometown cafe by accident because it's in an obscure corner of Alamo, though just around the block from the main street. Cherubini's is in a cozy historic house with fascinating antiques and prints on the walls. Staff is friendly, atmosphere is unique, and the sandwiches are excellent. I recommend the Turkey Delight on fresh herb bread. It's a Turkey sandwich with cranberry sauce, cream cheese, jack cheese, and sprouts. My ex-neighbor who moved back to Toronto often lamented how much she missed them. A good local choice. 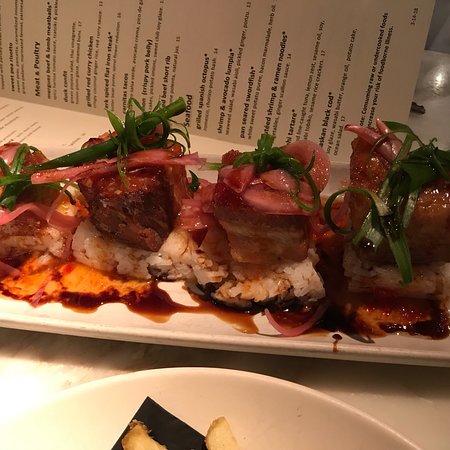 Va de Vi translates to "It&apos;s all about wine!" in Spain&apos;s Catalan language. Of course, it&apos;s all about food, too! Chef Mike Fischetti&apos;s menu encourages diners to explore and share a variety of eclectic, international small plate portions. Bold tastes encourage diners to explore the large international wine list, easily navigated by tasting notes. Many wines are offered by the glass in addition to pre-arranged flights to allow diners to compare different wines and discover new favorites. A warm, casual elegance defines the ambiance. Outdoors, dine under an ancient oak tree or grab a table in the picturesque lane.

This tapas style restaurant with great wine pairings is probably one of the best go to restaurants in Walnut Creek. Always good. Everything on the menu is tasty, just know that it is small plate.

And really fun and good wine flights. Take a chance, I am almost always happy with the chance. 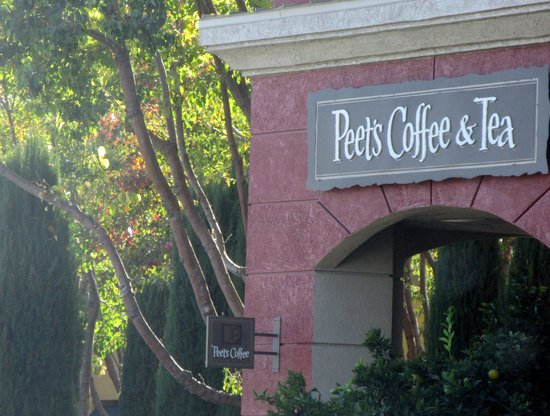 As a daily customer, I can tell you that this Peet's has done it right. Great atmosphere, good food, decent coffee, and excellent staff. After 4-5 visits they remember your order. A tough challenge with so many students as staff, each working a few hours a week.

Great outdoor space for the warmer months, a little too small inside for big crowds when the weather turns sour. They need to add more food than just pastries and we would never leave!

Overall, a pleasant experience, and long awaited after the close of Yellowwood (in the same location). If you're looking for a quick and fresh meal, then there is no better place that the Bagel Street Cafes around the Bay Area. A wide array of fresh bagels, cooked on the premises, complimented with a great range of smears and drinks. All BSC are always spotlessly clean, and employ friendly attentive staff. In the area passing through during the early morning. Saw the sign, breakfast and lunch.
Had coffee, breakfast special of scrambled eggs with ground beef, spinach and mushrooms with a side of potatoes and toast.
Friendly service, good hot coffee and a good experience!
Since 1947??? Must be good!