Top Things to do in Aalter

Where to Eat in Aalter: The Best Restaurants and Bars

Aalter (Dutch pronunciation: [ˈaːltər]) is a municipality located between Bruges and Ghent in the Belgian province of East Flanders. The municipality comprises the towns of Aalter, Bellem, Lotenhulle and Poeke. It is bordered on the north by Knesselare, on the east by Zomergem and Nevele, on the south by Deinze, and on the west by the province of West Flanders. On January 1, 2007, Aalter had a total population of 18,887. The total area is 81.92 km² which gives a population density of 231 inhabitants per km². The mayor is Pieter De Crem.
Things to do in Aalter 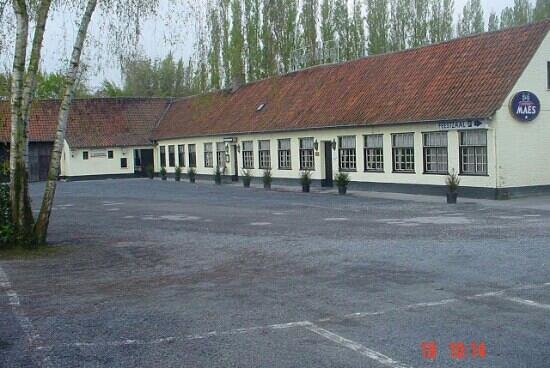 The taste is OK. For the same price we got far better food. Yet, it was very busy, seems many people find them very good. 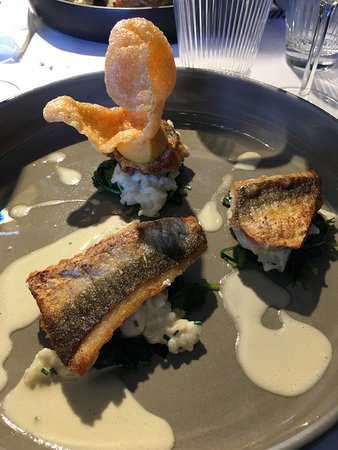 Was there for a family party and all I can say is that they simply nailed it down to perfection. Everything from interior, quality of the food / drinks and service was top ! Strongly recommended ! 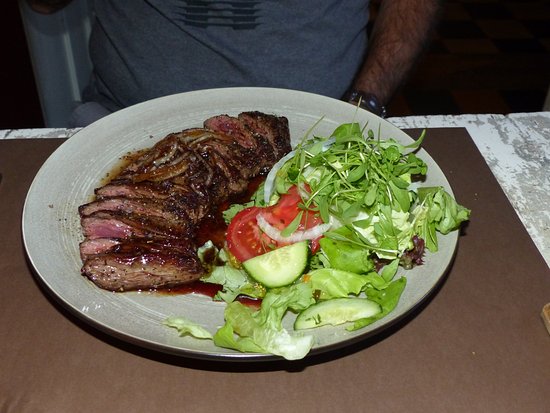 The owner, Marc Hoet, is at the fire in a cozy open kitchen from Thursday until Monday night. On the menu nothing but fresh products. The formula is a balance between &apos;talk&apos; and &apos;eat&apos; and the main word is &apos;spontaneous&apos;.

Only 50mts from our accommodation, had a lovely warm and welcome feel the minute you walked through the door. Two of us ordered prawns in garlic and they were delicious. One of our party ordered the steak and it was cooked perfectly. Would definitely eat here again. Really need to reserve a table at the weekend as very busy and popular with locals - always a good sign. 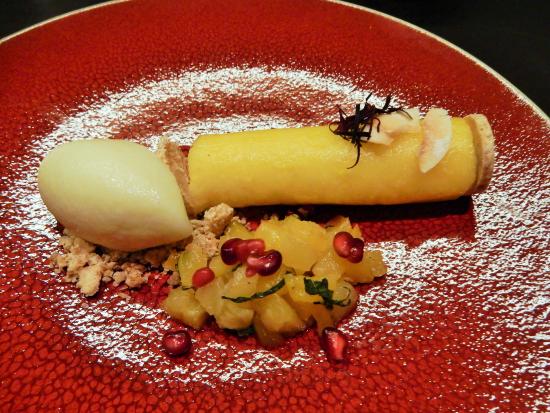 By coincidence I made a reservation on a Thursday evening as I had read good review from this place. You have to know that I do not considered Aalter to be the 'place to be' for restaurants normally. I was completely wrong. This restaurant is amazing.
Fine-dining in a relax but very modern atmosphere.
I enjoyed every minute of it, from the appetiser to the desert. I do love risotto but this risotto with truffles is the best I have ever had and OMG so many truffles on it. The wines are also beautifully paired.
I will definitely go back.
I had to take some pictures as words cannot describe well how good this meal was.
It currently has 15/20 on Gault Millaut and I am sure it will get more.
The menu is brought in an original iPad copycat box. Very funny and well done.
What do they need to get more points? I really do not know. Maybe some people like a more 'stiff' serving at the tables? We had to wait 1 minutes before we received the menu so this could improve. But we forgot it very rapidly when we received the heavenly food. 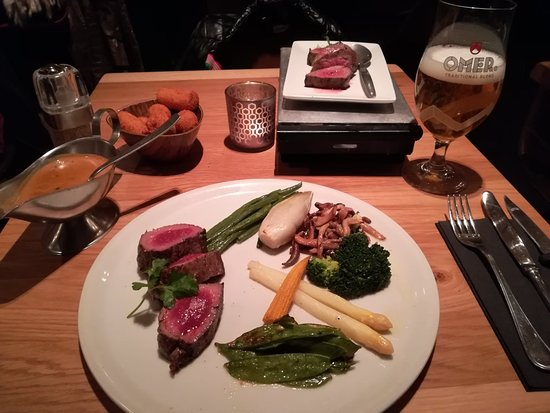 We dined here with friends on 2 evenings .. Service was excellent and the food was delicious .. Beautifully cooked and presented .. Do try the Flemish stew .. Succulent and full of flavour a bargain at E13 and lots of it .. My only criticism was on the sat evening although we had booked we had to wait for 3/4 hour for our table as it was so busy .. Well priced and nice atmosphere 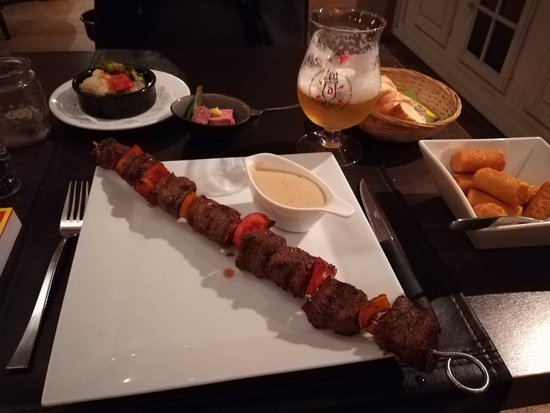 If you have a whole evening to spare and you don't mind the management not caring about the service then eat here. The food is good and reasonably priced however there are not enough staff to cope or they have a go slow policy. The hotel had booked for us and we were a party of 10 people. After arrival and being sent to the table we had 20 minutes wait before we were acknowledged, 20 minutes further before we were given menus, further 20 minutes before drink orders were taken, 10 minutes after food orders taken, 10 more minutes drinks arrived. Over an hour later the food was served. One order was incorrect. Throughout the whole meal we kept trying to get noticed to see what was causing the delay. End of the evening, we put our comments to the manager whose response was "this is Belgium, its different to the UK and I really don't care that your service was slow......". We added up the bill to the correct amount and left cash however the manager decided we were 1euro short and sent his waiter running down the road to collect it......perhaps he should think about having a better employer. 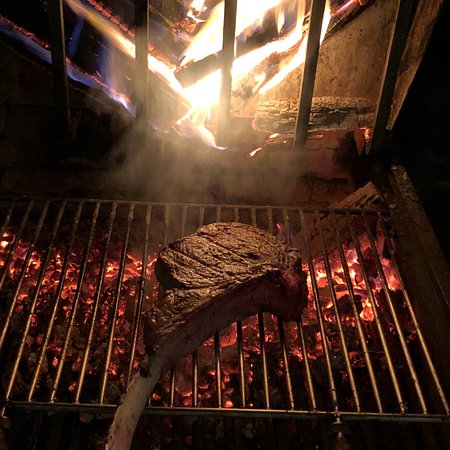 This restaurant in a quiet but lovely village of Hansbeke is a secret spot to have a delicious dinner in a cozy environment. 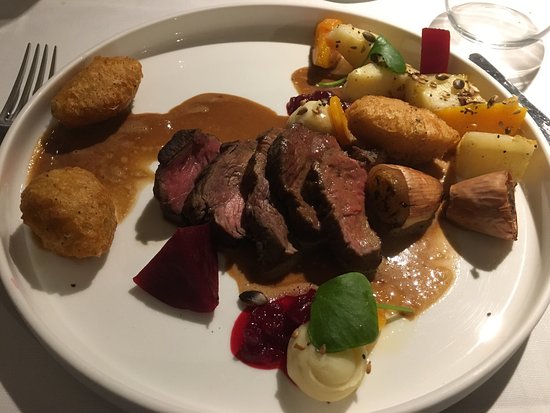 We had lunch in this restaurant with friends, and just took the day's menu. Splendid food, excellent house wine. Prices are more than reasonable. Very good and friendly service and atmosphere. Typical Belgian cuisine. They have only a very limited choice but the quality of what they have is perfect. They have a menu of the day that depends on what good stuff they could get on the market, and a monthly changing menu with a few options. We will go there monthly from now on ! Reservation is a must... many people know this little jewel. 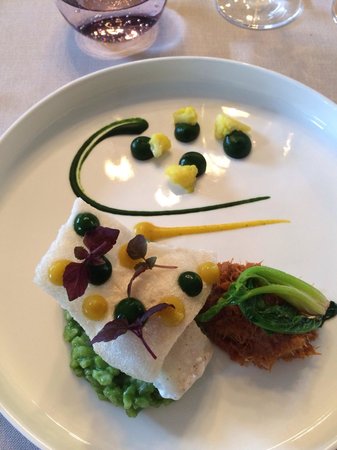 First time we went to this restaurant. We ordered the 5 course menu. Every course was nicely presented and nice mixtures of colors and tastes.
We ordered the food with the matching wines, one full version and one BOB-version (special small portions for the car driver), and these blended well with the dishes.
The restaurant is in a nice building with respect of the original construction and tables are placed very spacious and mingle nicely in the whole of the setting.
Service was correct, but when a friendly introduction to the card/ restaurant or a chat in between I would have felt even more welcome.
But probably the group at the other separate side of the restaurant asked a lot of attention... (so it too, us some time to see somebody to order some coffee at the end of the meal)
As a conclusion, correct measured service but with excellent food, good timing of the different courses. We will certainly consider to go back a second time... 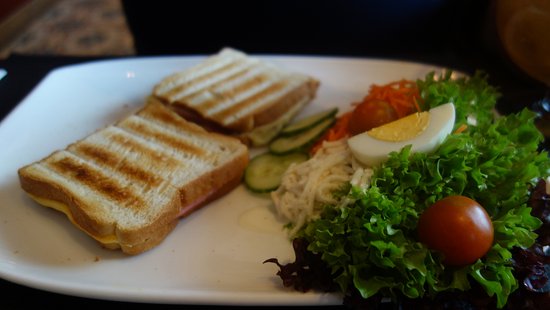 This is the biggest restaurant on the main square of Aalter. It has a huge Terrace and also inside there are a lot of tables which makes it for me a bit crowdie and busy. This is more a brasserie then a restaurant which makes they have a limited card to select food from. However they have a bigger dessert card. I guess because in the afternoon they are more a coffee house.