Where to eat Fusion food in Santa Cruz de Tenerife: The Best Restaurants and Bars 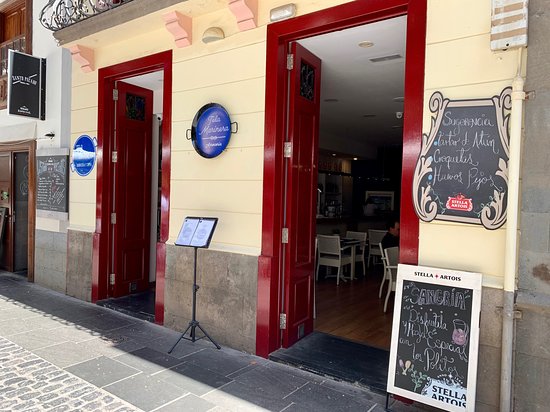 We are a restaurant of Mediterranean food, specialized in rice, paella, fideua and a variety of dishes to taste the taste of the Mediterranean in the center of Santa Cruz de Tenerife, we have a large and very cozy terrace where you can come with your chil

I dont remember such an awful experience trusting tripadvisor good reviews, but unfortunately, we were very very disappointed. First, they didnt have the dry aged entercote. But this was nothing in regard to the awful slow cooked cod. We order two and left it in the plate. Seem to me that it was frozen. Croquettes were un tasty, service was extra slow, risotto was not tasty maybe musroom from a can. Regular entecote was ok but maybe also was frozen before. Sorry, but cant recommend 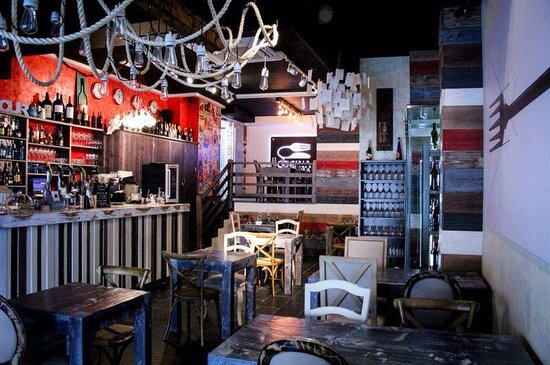 Great restaurant with amazing service in a fun ambiance that will make you comeback over and over again.

Nice choice for a lunch with business friends. Not very stylish, but good value for money. Portions are huge, at least the Asian main plates and urban eggs weâve chosen. Friendly staff, with professional potential to grow. Will repeat, when around again. 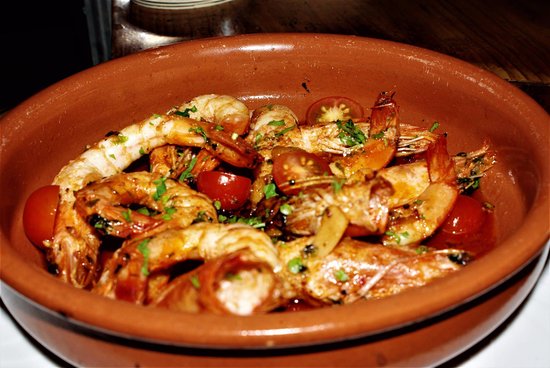 Spanish And Mediterranean Cusine. We Are Located In The Center Of The Capital City Of Tenerife (santa Cruz De Tenerife) And We Are Open From Tuesday Thru Saturday From 13:00 Pm To 00:30 Am

We had here just a few tapas which were all very tasty. They were maybe bit pricy, the main courses were about the same price. They also had a better beer list than most of the places we visited during our trip, and the waiter - perhaps the owner - spoke very good english. It was cash only - which was not clearly told, that we did not like. Thanks to take the time to review our Restaurant We gladly appreciate your coment and sincerely we are trying to resolved the the credit card issue very soon even know itâs not our problem..Again Thank you very much 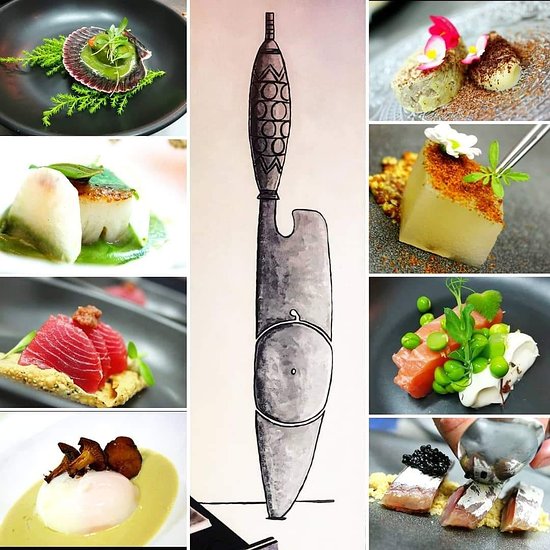 I visited this lovely little restaurant on a recommendation and was not disappointed. Imaginative and extremely tasty food, well presented and with friendly and attentive staff. A restaurant not to be missed. Even if you are staying in the South, do make the effort to go to Santa Cruz to try this lovely place. 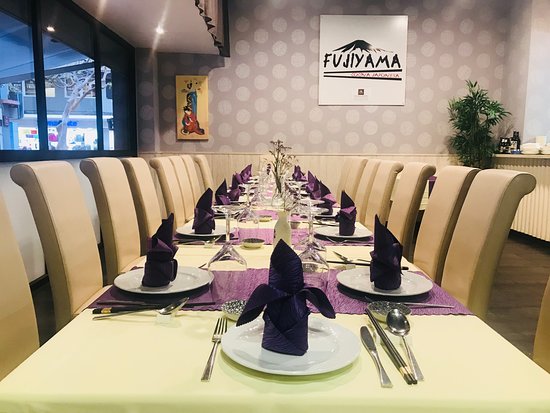 After the great success of our Fujiyama restaurant in Santa Cruz de Tenerife we have now opened our second restaurant in El Camison, Playa de Las Americas where we specialise in Japanese cuisine cooked by our award winning chefs.

The good news first: All the food we ate was delicious. We had a huge plate of sushi, a Fujiyama Duck and duck with rice. Everything was top notch, fresh and ambitious.Unfortunately the service was substandard - I hope because of temporary staff problems. It took them 20 minutes to get us menus and take drinks orders, although the restaurant was not more than half full at the time. A good 15 minutes after we had ordered food the waiter wanted to check something about the order and it turned out he had gotten it wrong. Some time later he informed us that it would be only 1-2 minutes more, but it turned out to be 20 minutes.The food arrived way over an hour after we had sat down. With ambitious restaurants this can happen, but ambitious restaurants will be able to inform the customers so they can prepare or make a new choice.Although a couple that arrived after us managed to eat and pay before we saw our dishes, it seemed that all the tables outside had issues. A dish missing, mistakes in the bill...In Tenerife terms the restaurant is pricey. The kitchen delivers, the service did not. I really wish they can improve, because the food is worth it. 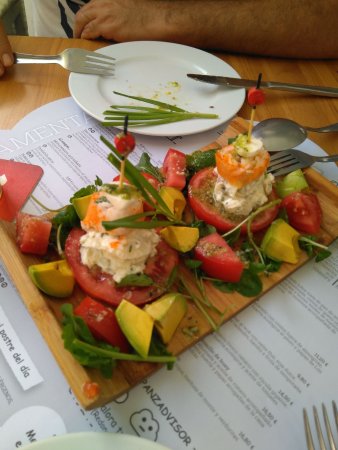 Went in for evening meal. Seated in nicely decorated area. Lovely choice on menu. All made from locally sourced produce. We started with a portion of potato croquettes and of black lentils. Both were wonderful. For main we had a fantastic Thai chicken curry and buttered cod. Both tasted fantastic and portions are good size.Service was great, prices good and the food was wonderful. 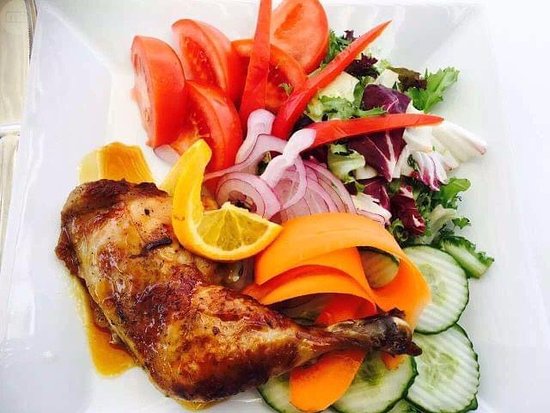 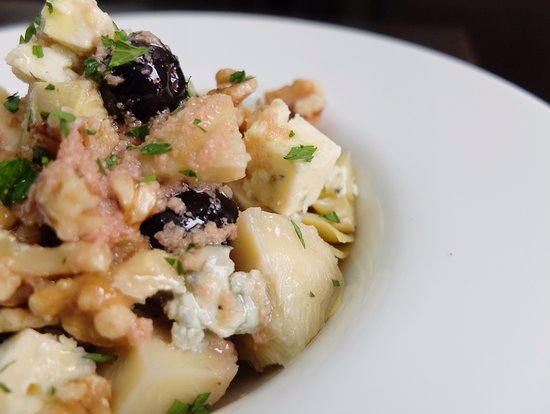 From the first time we passed the restaurant we wanted to eat there. We came in on a Friday night without reservation. We only could eat at the bar, perfect for us. Had a really nice chat with the owner. The ambience is great and the food is absolutely stunning!! Really friendly staff. It was unfortunately our last night otherwise we would come back for sure 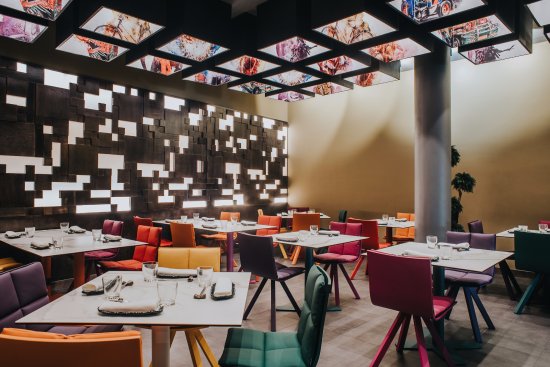 A real restaurant experience rather than the cafÃ© style so often found.The restaurant is clean and modern. All the staff were welcoming, even the chefs said hello as we walked in. The concept of the restaurant & menu is explained before you choose your meal.Unique cocktails, the smokie pina is very strong.The food was outstanding. We had miso soup & steamed buns. King Prawn Dumplings, Duck Spring Rolls, Marinated Beef, & a modified Nasi Goreng when I explained I did not eat meat. Nothing was too much trouble.Yours faithfullyThank you so much for your commentary. It has been a pleasure for us to read these words. We hope to see you again at Jaxana Restraurant and live another wonderful experience. Best regardsThe Direction