Best European restaurants nearby. Discover the best European food in El Jadida. View Menus, Photos and Reviews for European restaurants near you.. El Jadida (Berber: Mazaɣan, ⵎⴰⵣⴰⵗⴰⵏ, Arabic: الجديدة or مازاغان‎, Portuguese: Mazagão) is a port city on the Atlantic coast of Morocco, located 106 km south of the city of Casablanca in the region of Doukkala-Abda and the province of El Jadida. It has a population of 194,934 (2014 census). From the sea, El Jadida's old city has a very "un-Moorish" appearance; it has massive Portuguese walls of hewn stone.
Things to do in El Jadida 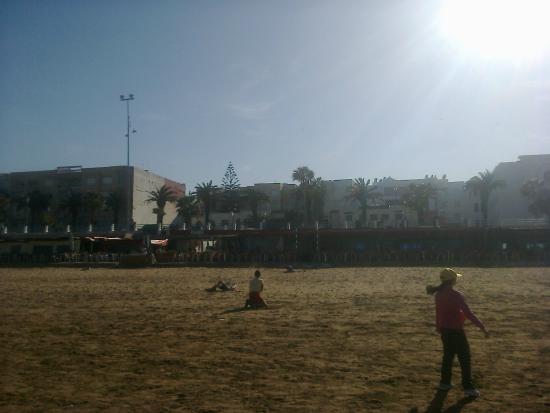 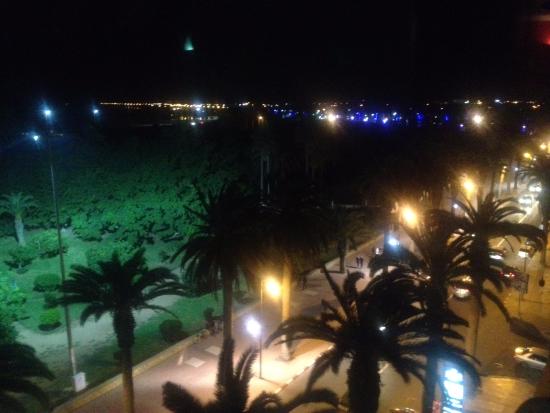 And then they ruined it.I came here last night with a French and a Moroccan friend. Everything was fine, the food, the atmosphere, the wine. Of course, things carried on after the New Year started at midnight and a couple of friends who'd celebrated elsewhere rang to say hello. They asked where I was and said they'd pop in.When they came, they sat at our table but - and I know they shouldn't have - got a bottle of beer out that they'd bought in the previous place. Without ado, the manager called the bouncers and had them escorted out. I have rarely felt so humiliated and simply paid and left too. The way to approach this should have been either to ask my friends to get rid of the beer or to tell them or me that they weren't welcome and invite them to leave. I have praised this restaurant in the past and tried to get people to go there but no more. It can fester as far as I'm concerned. Needless to say, I shall never go back. 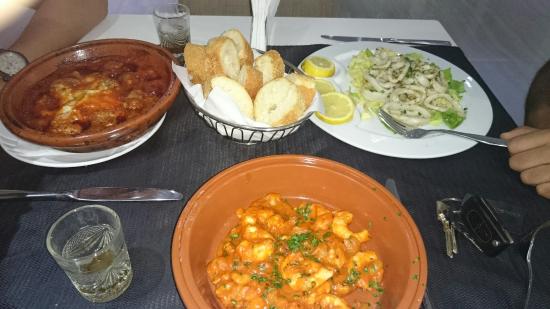 I've only ever been here for coffee and cakes which are excellent, if expensive.The menu looks fabulous and I shall have to come one evening or perhaps at lunchtime with business colleagues. The downside is its isolated position and lack of an alcohol licence. I am surprised at this latter as the food is typically French-style/international which would go really well with wine and a digestif afterwards. If I have a meal here, I'll do another review.The view in the photos is from the first floor terrace, it's better right at the top. I must say, even on a cloudy day like today, it is a really exciting view, watching the big waves rolling in. 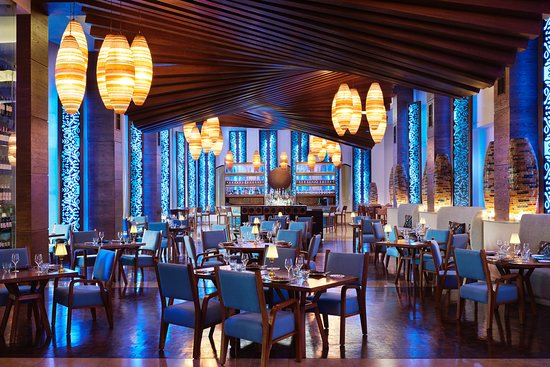 Located inside Mazagan Beach Resort outside of El Jadida, Sel De Mer is an excellent seafood restaurant. Open Tues, Thurs, Fri and Saturday evenings.We dined early, as we had our 2 year old with us, thus we were the first in the dining room. Service was prompt and friendly. We ordered pasta from the kids menu and they got it out quick so that we could tend to little man. The pasta was delicious!From the main menu, we ordered a starter salad based on recommendation from the server. It was a work of art and one of the best items we tasted in our 2 weeks in Morocco. Served on a bed of thinly shaved octopus, it was amazing! For mains we had the sea bass with lobster ravioli and the turbot with mashed potatoes. Both dishes were fantastic - and the mashed potatoes surprisingly had seafood mixed in, a surprisingly delicious treat. We finished with sorbet. It was a surprisingly fantastic meal - way better than the buffet we tried at the resort the night prior! 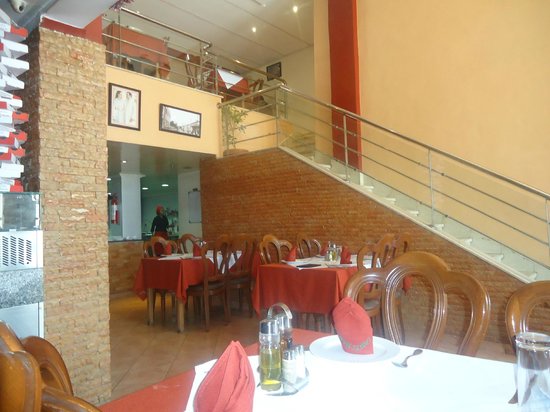 While my stay at Morocco I have been often visited Luigi as recommended by my close friend Hossam, we always loved the Tagliatelle in white sauce that was one of our frequent delicacies. I also loved the mushroom sauce served by beef steak its amazing. Loved the hospitality and the ambeince as well. Recommended to visit and taste the mouth watering Tagliatelle in white sauce. 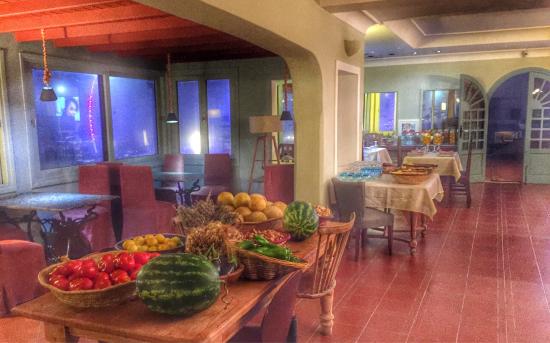 The first thing to say is that the large signage saying that this is Ali Baba has been taken down and the whole building seems to come under the Villa MazagÃ£o logo and sign. However, the actual Villa MazagÃ£o restaurant is only the fast food type part on the ground floor. There is a small sign saying Ali Baba on the extreme top right of the building as you look at it. The waiter told me that this was still Ali Baba and that they would be putting up a larger sign to say so "shortly". The second thing to say is that the place is open during the whole of Ramadan and is serving alcohol, a welcome change from before. With a restricted set of options, my English friend and I decided to try here for his birthday dinner, despite a pretty terrible experience last time.The menu was quite extensive this time and changes according to what they have brought in as it is written on a chalkboard. There were 6 options for the starter - I chose octopus salad which was very good. The octopus had clearly been microwaved on the defrost setting as it was faintly warm, but I can't blame them for that. The salad was artistically presented with a nice dressing. My friend had the terrine de canard which was also well presented. I tried some and although it smelled fabulous, the terrine was not the best I have ever tasted.There were 5 fish options for the main and 4 meat options. As it's Ramadan, I have been eating a lot of fish because the port comes alive late afternoon and fresh catches can be bought cheaply so I didn't want fish. I chose the meat brochettes and asked for them to be mi-cuit. That is exactly how they came. They were accompanied by al dente vegetables and chips. However, this latter is what let the dish down, they were floppy and greasy and just like chips that went into the oil when it wasn't hot enough. In addition, they had been salted in the kitchen, a practise I do not care for. My friend had swordfish. It looked beautiful but I didn't try any. We both had CrÃ¨me Caramel for dessert after being informed that the strawberries would come with yogurt and not the advertised cream. It was fine, mercifully not over-sweetened and with a nice syrup.This was a far better experience than last time. They even provided butter and not margarine with the bread and tapas. However, there were those couple of niggling things mentioned above. And they still don't take credit or debit cards, which I find strange for such a restaurant. The service was attentive and efficient from the sole waiter. We enjoyed the meal this time and will be returning. 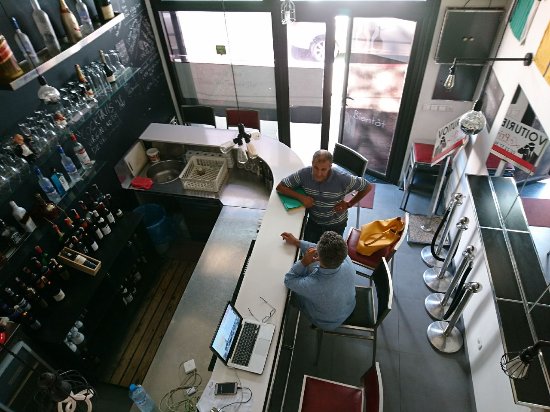 Had dinner here with friends.Nice restaurant that has a bar front of house.Owner Eric was very helpful.Food was excellent and good selection of wines.It is a pleasure to read your opinion, we were happy to receive you and have a good time with youWe always try to improve thanks to your encouragementsee youwe are happy to have satisfied you