Where to eat Asian food in Port Douglas: The Best Restaurants and Bars

Reviews on Asian food in Port Douglas, Queensland, Australia. Tuck into succulent five-star meals in Port Douglas, the culinary gem of Queensland, or suck down a killer cocktail at a casually swanky lounge. A perfect base for exploring the Great Barrier Reef, the rainforest at Daintree and the beaches at Cape Tribulation, this Queensland town has an out-of-this-world setting. Sunbathe on the golden sands of Four Mile Beach, then melt into perfect pampering at one of Port Douglas’ glorious day spas for the ultimate in relaxation.
Things to do in Port Douglas 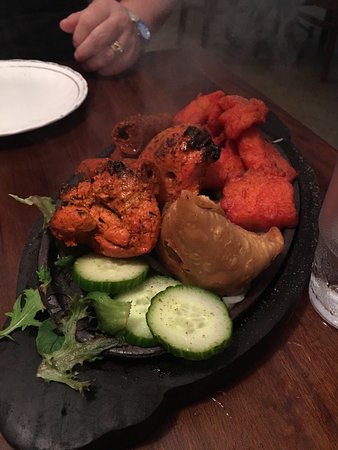 Royal Spice Seafood Indian Restaurant one of the best indian and seafood restaurant in Port Douglas. We are specialist in both cuisine seafood and indian dishes. Our staff are very friendly. We respect our customer from all over the world. We can make dis

Visited here recently with a friend for dinner and sadly, it was not a great experience.We had booked a table because it was Saturday night, thinking the place might be chockers. We neednât have bothered. When we arrived, I think the number of patrons increased to approximately twelve. Amazing for a restaurant during the high season in Port Douglas that perhaps could seat forty plus! In my dining experiences this was not a good start. With the benefit of hindsight, we should have just walked out.The restaurant does not seem to have an arrival area for diners, so we stood just inside the front door like two shags on a rock and waited to be acknowledged. Finally, the waitress came over, no greeting like âgood eveningâ and simply said, âtable for two?â We said we had a reservation, but with the restaurant three quarters empty, that was definitely a waste of time.We had brought a bottle of wine with us as itâs a BYO, which Iâm sure the waitress must have noticed as I promptly opened the wine when being seated. Our waitress smartly departed not bothering to say âIâll get your wine glassesâ.The restaurant looks ok on the inside but sort of bland. Nothing on the walls, tables arranged perfectly in line, military style, no warm ambiance. Well none that I noticed.We checked out the menu and didnât take too long to decide our order was going to be a Hot Vindaloo Lamb and a Medium Vindaloo Chicken. Because there were so few diners, we were naturally expecting smart, good service. But no.And so, we sat and waited, and waited and waited. No wine glasses so we could sip our wine and our order still not being taken.Eventually our waitress returned, took our order, grabbed the menus and started to bolt. I had to raise my voice a bit to get her attention when she was walking away and asked for our wine glasses. I added that if they arrived quickly, it would be appreciated. No apologies from our waitress about the wine glasses being a no-show. However, she did come back reasonably quickly.So we sat, sipped our wine, waited, sipped our wine, waited, sipped our wine, and waited, and waited, and waited for our food.I think we had consumed about half our bottle of wine by the time our meals finally arrived. Keeping in mind there were only about twelve diners and most of them were already eating. Maybe there had been only one person in the kitchen.Well, about our meals. They were served in nice little metal bowls with handles. When they were plonked on our table my first thought was that we hadnât ordered entrees. There was lots and lots of Vindaloo sauce in each bowl but sadly not much meat. We had ordered rice for two people but it arrived in a very small bowl and really was barely enough for one person. But we soldiered on without complaining.My chicken was tender, my sauce perhaps a bit hotter than medium but not much meat hiding in the sauce. My dining partner remarked that his Vindaloo Lamb was not hot as ordered. His lamb appeared to be hiding in his sauce too. No vegetables arrived with our meals, perhaps they needed to be ordered separately. Our waitress never asked if we wanted vegetables at an extra cost.So, with very little to eat we were ready to depart fairly quickly.When we did there was hardly any other diners left, but we still had to wait at the cash register while the manager slowly totaled our bill with his adding machine. Two meals and rice!!!! No mathematics challenge there.We checked the bill and discovered that we had been socked six dollars for using their wine glasses. A heated discussion ensued as we hadnât noticed this charge on the menu or perhaps on a little sign on the table or being notified of that charge by the waitress.We noticed that the bill total was fifty two dollars and change, and during all the to-ing and fro-ing with the manager, he wanted to increase our bill to fifty five dollars. Yeah right!!!Finally, our bill was amended to fourty six dollars and we departed.When departing I felt like shouting out at the manager the well-known Aussie saying âNot Happy Janââ but restrained making that outburst. You might remember the TV commercial back in 2000.Before writing this review, I must say I saw several good reviews on TripAdvisor, however there were many negative ones like this one.There were reviews with headings like- Disappointed, Really Poor, Shocker, Worst Indian Ever, Bad Experience, Terrible, Not Worth A Visit and Not Great.With the restaurant not being open for lunch, their only income is from dinner patrons and with only so few on a Saturday night, we still wonder how they survive.I have written over four hundred reviews for TripAdvisor and donât like writing negative reviews but on this occasion, I felt it was warranted.Perhaps we caught them on a bad night, or perhaps they didnât have much chicken and lamb on hand, but Iâll never know as Iâll never be back. For me, dine here at your own risk. 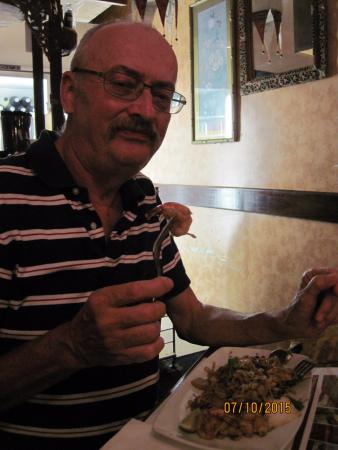 Can't recommend this place more. We had the house (duck) curry and the massaman curries as well as some chicken satay skewers and Thai fried rice. The fried rice was nice, but nothing special. What was special was the curries - absolutely to die for. Left us both wanting more, even though we were so full! 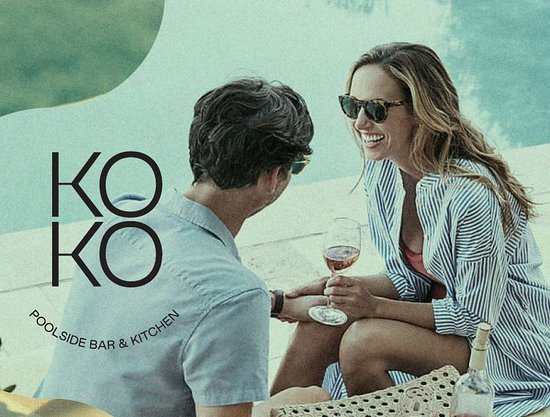 Smile, Relax, Unwind, Youâre Our Guest. Barefoot luxury by the pool. Koko inspired by Beach Boyâs song Kokomo that brings those tropical Port Douglas holiday vibes, as well as our signature cocktails. Kokoâs is a chic â but relaxed tropical poolside bar a

This is one of our favourite eateries when we come to Port Douglas. Beautiful location beside the beach poolside. The chief has changed this year & meals are still beautifully presented, offer fresh produce with a good variety on the menu. We recommend the Duck Breast, Pork Belly and Short Ribs. Anna makes her own recipe for a sensational Margarita! 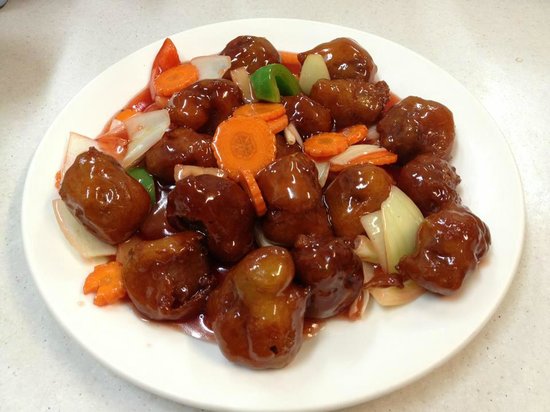 Tossed up between this and the other Chinese restaurant in the village, and this place won. Did we?Decor akin to a roadside diner, with a decadent, slightly unkempt feel to it. Seated quickly and menu produced promptly, then we disappeared from sight. After some time we managed to attract enough attention to place a wine and food order. Strangely enough, the food was delivered with lightening speed. Some of our dishes were quite good. The Mongolian lamb was dripping with great flavours, the roast duck dry but tasty, and the chicken fried rice was tasty. The spicy chicken dish was strangely presented, with a hint that the added vegetables had come straight from a can. Service, once we got some, was very functional and strained. Not unfriendly, but not inviting chat. Overall, an average experience. Having read the reviews of the other place, we wonder if it is any better.

What to do and see in Port Douglas, Australia: The Best Places and Tips Had a hankering for some Thai for dinner and we were lucky to get a table at this popular restaurant in Port Douglas. We ordered and thoroughly enjoyed the following:-â¢ Seared king scallops served with cucumber salsa, basil oil and topped with tamarind sauce and wasabi mayoâ¢ Marinated tiger prawns with soy sauce and cracked black pepper, battered and crumbed with dry coconut served with sweet chili sauceâ¢ Whole barramundi deep fried and served with a green apple saladStaff were attentive and delightful. We had a very enjoyable night at Siam by the Bay and would highly recommend it. 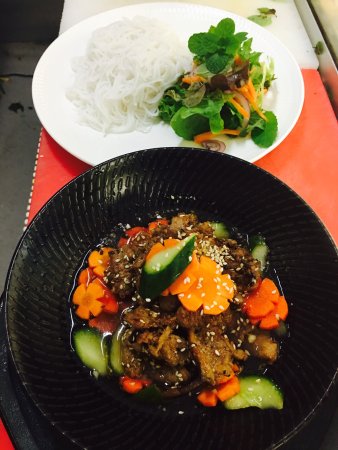 We have been eating at this cafe for a few years now and its time I let the world know about their 10 out of 10 consistent friendly service, lots of passion in the kitchen delivers great choice of meals with traditional flavours and...... all at a great price! 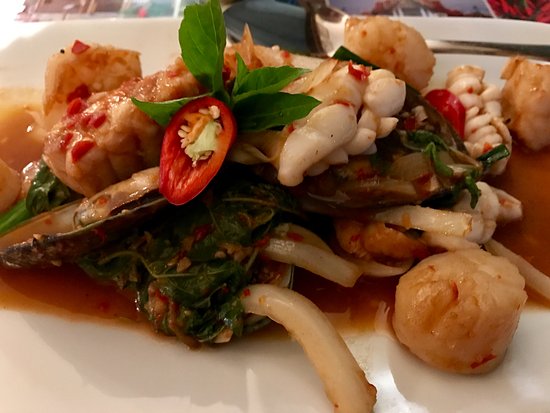 After the issues we had a 2 Fish Restaurant (see previous review), we ended up at Star of Siam. For entrees we ordered marinated chicken wings and BBQ Octopus. Both came out in a timely manner and the octopus especially was so tender and melted in your mouth. Not hard and rubbery.For mains we had beef Green Curry and Banana Fish (baked Barramundi). To be honest, the green curry was one of the best I have eaten and the taste and flavors were very similar to those found in Thailand. The Banana fish came on top of various vegetables and was delicious.The staff were attentive and friendly and I would have no hesitation recommending this place to any one.2 entrees, 2 main courses and a few beers cost us $90.00AUD, which I find was very reasonable. 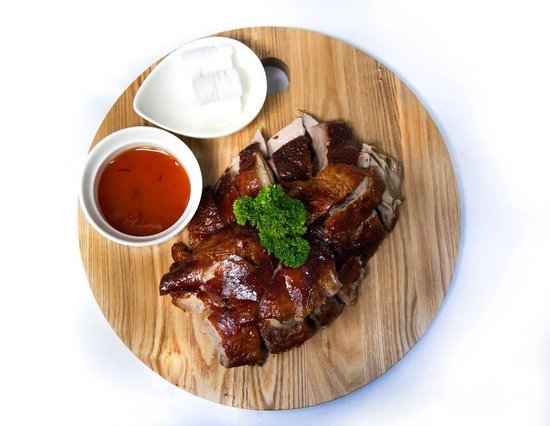 Craving a Chinese meal whilst in Port Douglas and fortunately found this place. You can sit outside on the small patio which we did or inside. Nice restaurant, friendly staff, looks to be owner run. We started with beef in black bean sauce which came to our table piping hot which was delicious and then we had the lemon chicken which can only be described as superb, slight crisp to the chicken batter and the sauce was wonderful. When we asked what was in the sauce the lady replied that it was good because it was made from scratch, say no more! We had a lovely bottle of Wirra wirra chardonnay with it which went well with the meal. Unfortunately not here long enough to go back again which is such a shame as would have loved to try some of the other dishes on the menu, can only recommend highly and hope other people sample them for me!!

Had lunch here a couple of times because the avocado sushi is very good. It's a small restaurant which lacks outdoor seating but on a hot day the aircon is very enjoyable. Just a little off the beaten track but highly recommended if you enjoy Japanese food. Comfortable with friendly service, and not expensive. One of the better options for lunch in Port Douglas.