Top Things to do in Tripoli

What to do and see in Tripoli, Libya: The Best Places and Tips

Tripoli (Arabic: طرابلس‎, Ṭarābulus; Berber:"Oea" or "Wy't" ) is the capital city and the largest city of Libya, with a population of about 1.1 million people in 2015. It is located in the northwest of Libya on the edge of the desert, on a point of rocky land projecting into the Mediterranean and forming a bay. It includes the port of Tripoli and the country's largest commercial and manufacturing centre. It is also the site of the University of Tripoli. The vast Bab al-Azizia barracks, which includes the former family estate of Muammar Gaddafi, is also located in the city. Colonel Gaddafi largely ruled the country from his residence in this barracks.
Restaurants in Tripoli

1. The Arch of Marcus Aurelius 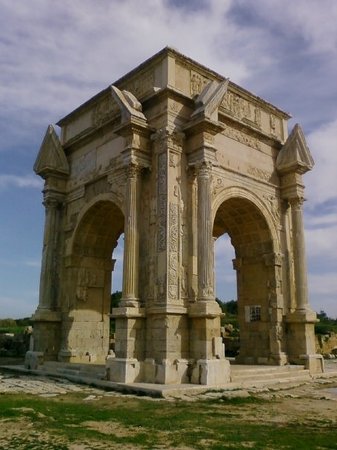 Hi everybody it's me again The Roman town 2000 years ago. It is dutifully preserved by the locals and curators .Oh really It's fantastic arch while dining at the very nearby restaurant all evening long These Effects still tell stories about the distant past . 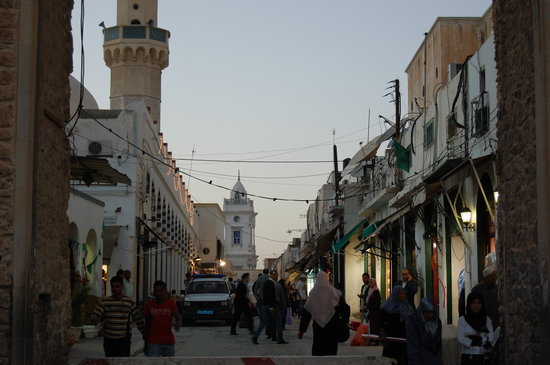 Mosques and homes vie for space with shops and stalls in this bustling marketplace, accessible via the Green Square.

You can't come to Tripoli without visiting this place. You can find authentic traditional clothes, gold, jewelry and souvenirs. Cafe Casa in within walking distance and plenty of old cafes that offer shisha all over the medina. Enjoy the old buildings and beautiful atmosphere and end it with lunch or dinner at Tripolis restaurant. 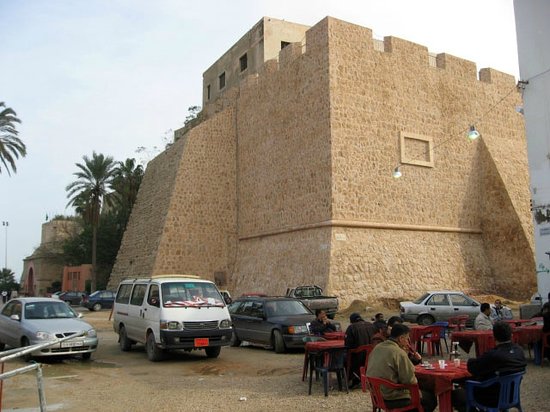 Al-Saraya located in the heart of Tripoli ,great location ,It's old castle representing history of 3000 years an area (1300 m) it's the most important in Tripoli landmarks,many historic things and statues from different cultures (Phoenician -romanah - Greek - Islamic....) and there is a modern museum inside the old Saraya building, a gorgeous building and very well, and to walk to see the market of the old city, and the shops and restaurant is all around . 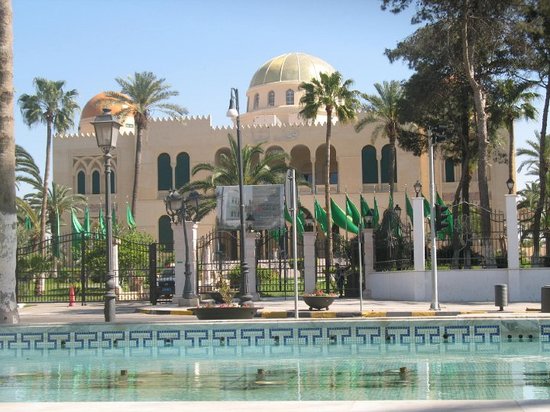 This town center is also the entrance to the local street market.

I visited Martyrs square, before the Revolution when it was called "green square' most of local government offices are located here, and it is very close to Harbour area, and the views of mediterranean sea. There are nice restaurants located nearby along with the main souq which is massive selling everything from clothing, spices,jewellery/gold etc. and handi-crafts. 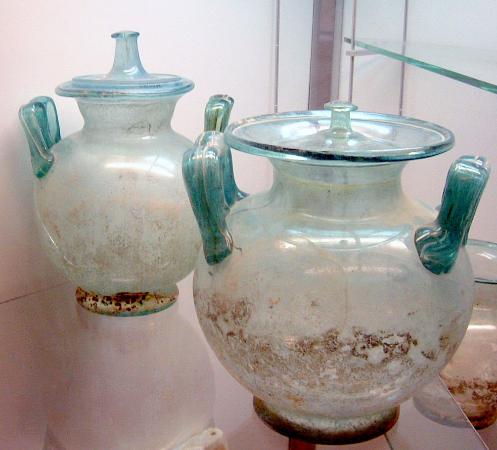 This museum set in a castle in the centre of the city is a must-visit site. Starting in date order with the 6000BC, artifacts, cave paintings and rock carvings, it progresses through Punic, Greek and Roman stautes and articles collected from sits arround Libya but mostly from Leptis and Sabratha. The museum is well laid out and can take a whole morning to explore. The top floor, which is visited less frequently, deals with the Berber and Arab heritage and a few Ghaddafi trophies but is still worth a visit. 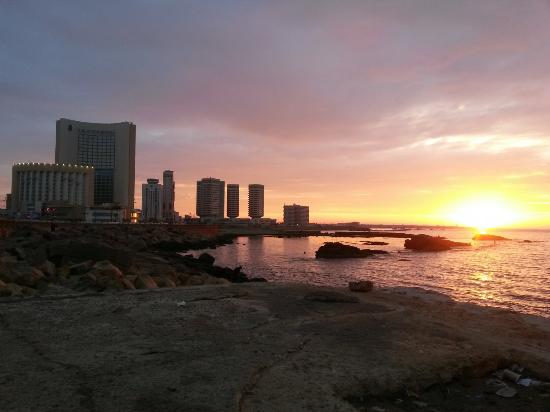 There are the street murals which were done just after the revolution. Unfortunately, a lot of these are loosing the colour they once had. However, they are still worth to visit. They are all over the city - the ones depicting Gaddafi as rat are referring to a point during the revolution in which Gaddafi called the rebels and all Libyans going against him rats.
there are also some newer murals near the old Gaddafi complex which was subsidised by the British Council and a (Danish?) charity. many of them focus on women and how they should have a voice as well. 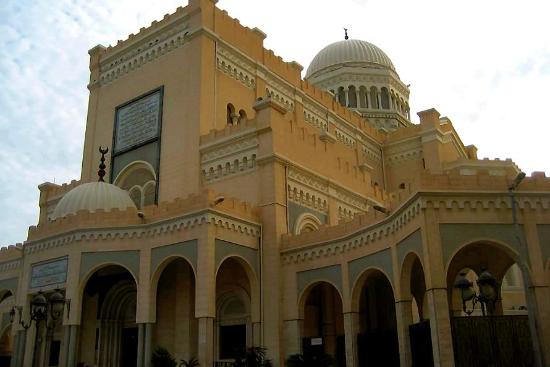 The only area in Tripoli where I can feel I'm in a mixed of a city and a local town. Sitting in a cafe smoking shisha overlooking the mosque that used to be a church with a beautiful rounabout. With brand shops all over and restaurants and you see the real Tripolitanians. My fav spot on town. 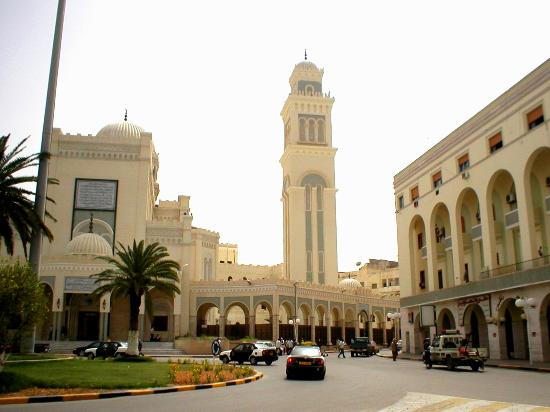 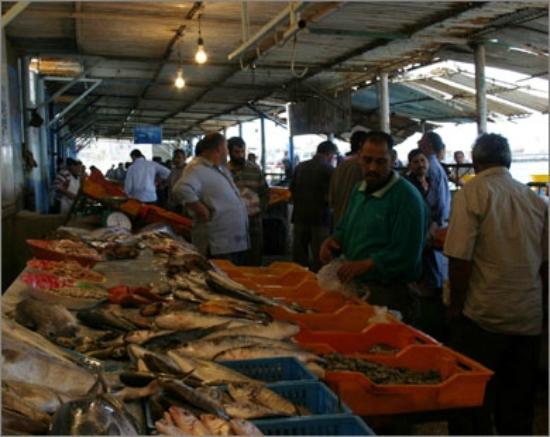 What could be better than freshly caught fish and seafood? Its all there, in a very crowded ancient market place in Old Tripoli. You just have to be there to experience and live the place. Prices, by the way, are ridiculously low. 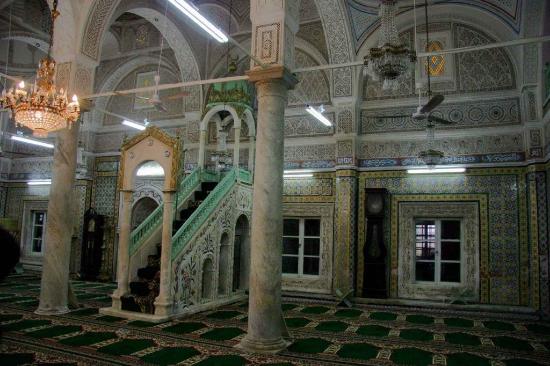