Tarija or San Bernardo de la Frontera de Tarixa is a city in southern Bolivia. Founded in 1574, Tarija is the largest city & capital and municipality within the Tarija Department, with an airport (Capitán Oriel Lea Plaza Airport, (TJA)) offering regular service to primary Bolivian cities, as well as a regional bus terminal with domestic and international connections. Its climate is semi-arid (BSh) with generally mild temperatures in contrast to the harsh cold of the Altiplano (i.e., La Paz) and the year-round humid heat of the Amazon Basin (i.e., Santa Cruz de la Sierra). Tarija has a population of 234,442.
Restaurants in Tarija This is *the* central square, lined on a couple of sides with restaurants and a church. This is where the Promenade and much social life takes place, locals checking each other out and flirting. Old guys sitting on benches the whole day... feels like you are in C Castaneda novel, waiting for don Juan. Even in the 'fancier' restaurants the food is inexpensive and the steaks delicious. Often people bring guitars. 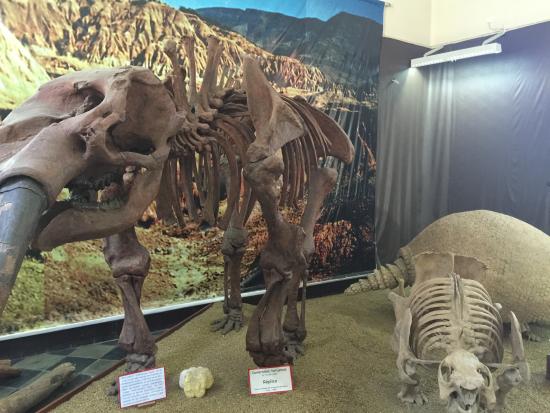 It's small (just two small floors) but that all this local information is packed into this tiny space and it is totally free makes it a very worthwhile adventure. We have visited several times and it never fails to delight. Really amazing that in this area of Bolivia fossils and dinosaur bones can still be found. Just fabulous in my opinion. 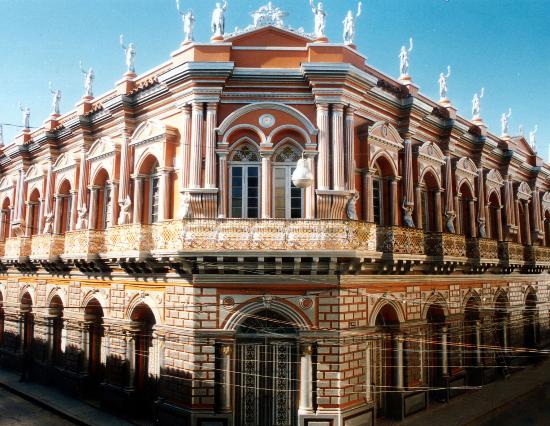 Construction of this art nouveau building began in 1887 for Moises Navajos and his wife Esperanza Morales. They had no children, and the grand building fell into disarray until it was renovated in the 1980s. The ground floor contains an art gallery and concert hall. During the day guides take you upstairs to view the original living space, including the salon, dining room, and a chapel. Guides speak only Spanish. 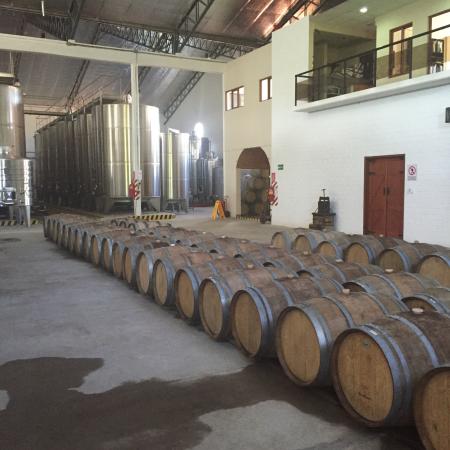 Casa Real is Bolivia's largest Singani distillery. With it's French copper stills and beautiful vineyards, Casa Real is proud of the quality of it's Singani. Visitors can see closely how emblematic "eaux de vie" is made and appreciate the loftiness of the hillside vineyards. Free guided tours, boutique and tasting room available

We did a half-day winery trip with Viva Tours which was a lot of fun, and very informative. Our guide Carolina was lovely and spoke excellent English. She was able to answer all our questions and clearly knew a great deal about the local wine industry. We enjoyed the Bolivian wine a lot, and the Singani is good too - much softer than Pisco! Definitely worth picking up a bottle at Casa Real! 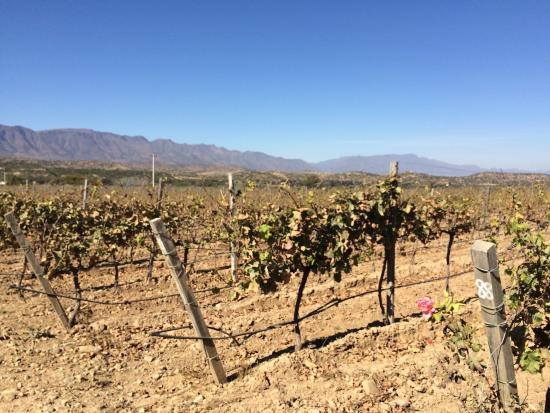 Campos de Solana is known for the quality of its wines. It is a very modern and yet cozy winery. The staff is kind and helpful. There is a boutique, a tasting room and a beautiful terraza where visitors can enjoy Tarija’s amazing weather while tasting Bolivia’s most awarded wines.

We went there individual (not with a tour from Tarija). The guided tour in the bodega itself was informative. The bodega is - compared to others in Tarija - very big and clean and they produce nice wines. Unfortunately they don't offer tastings in general (if you are lucky they have an open bottle). But you can buy bottles in bodega to taste them at home. 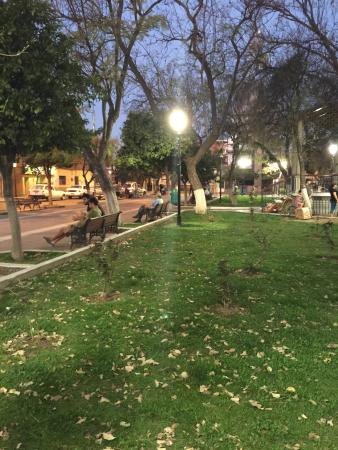 The "Plazuela Sucre" Or Sucre square is a beautifull place three blocks away from the main square (Plaza Luis de Fuentes). It´s a nice place where to walk, seat, surrounded by plants and trees and a cofee shop and a pizza shop. The young people use to meet in there.

Plaza Sucre doesn't get the traffic that Plaza Principal receives but it really is a lovely little plaza in which to sit and people watch. The plaza is well kept and usually has flowers blooming. Sit a while and one of the very friendly locals with sit down and chat with you. If you don't speak Spanish they will speak with you anyway. They are just the friendliest people on earth. There is a nice coffee shop nearby that serves great coffee, tazo tea, and a great panini Sandwich. Often there are vendors set up in the plaza selling their wares....plants, jewelry, crocheted objects. Really a nice place to sit and chill out and enjoy Tarija. 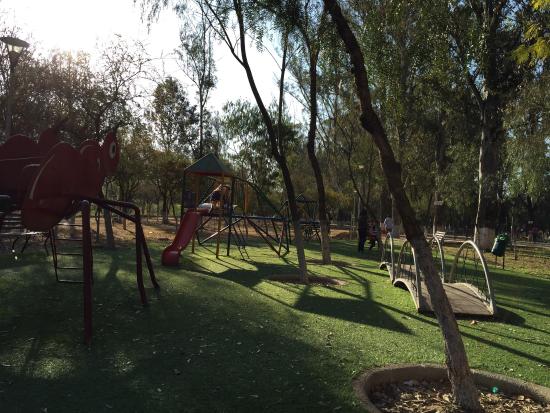 Nice park to walk and play with the family.

Nice and quiet park to spend a good time next to nature. It is next to the river Guadalquivir (which has very little water at present) and Av. Victor Paz Estensoro (in honor of one of the most famous ex-presiendent of Bolivia). Nice walk, fresh air, beautifull place! 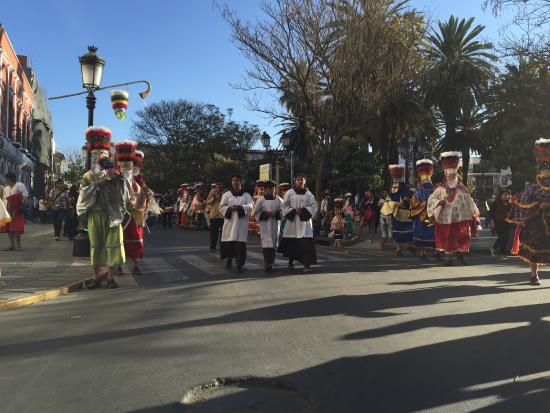 Nice good-looking church from the outside, white and grey, different from all the others. The interiors are nothing special, have a look at the vendors outside selling great and cheap (sweet) snacks! Nice view once you reach the church at the end of the street.

Casa Real is Bolivia’s largest Singani distillery. With its French copper stills and beautiful vineyards, Casa Real is proud of the quality of its Singani. Visitors can see closely how this emblematic “eaux de vie” is made and appreciate the loftiness of the hillside vineyards. Free guided tours, boutique and tasting room available.

Visiting Casa Real, the home of Singani here in Tarija, is a way to add something special to your wine tour. Singani is a distilled grape liquor and Bolivia's national drink. The tour is really interesting and informative and the tasting is even better.Dear Martin, Thank you for your review about Casa Real. We look forward your next visit. Best Regards, -The Casa Real Team 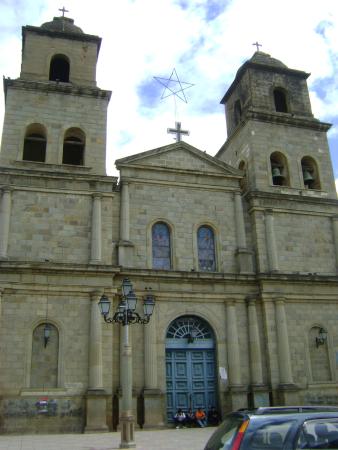 simple church open in the morning and during the office at 6PM. if the autel (in english?) is nice, the rest is not interesting. the chuch is near the main plaza so not a big waste of time if you visit it during a walk in the city