What to do and see in Springdale, United States: The Best Places and Tips

Springdale is the fourth-largest city in Arkansas. It is located in both Washington and Benton counties in Northwest Arkansas. Located on the Springfield Plateau deep in the Ozark Mountains, Springdale has long been an important industrial city for the region. In addition to several trucking companies, the city is home to the world headquarters of Tyson Foods, the world's largest meat producing company. Originally named Shiloh, the city changed its name to Springdale when applying for a post office in 1872. The four-county Northwest Arkansas Metropolitan Statistical Area is ranked 109th in terms of population in the United States with 463,204 in 2010 according to the United States Census Bureau. The city had a population of 69,797 at the 2010 Census.
Restaurants in Springdale 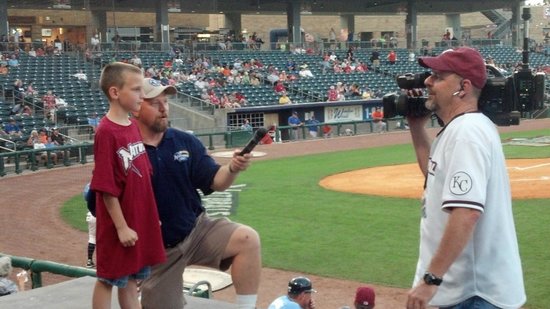 Reviewed By Steven B - Moore, Oklahoma

We are big Royals fans in OK so when we found out that their AA team was 3 hours away we had to go. Lots to entertain children including a train that goes all around the ballpark. There is so much to do in the quad cities area. It was a great weekend.

TheatreSquared’s locally produced and nationally acclaimed productions reach 40,000 patrons each year. The company is Northwest Arkansas’s professional theatre, offering a unique audience experience in an intimate space. In 2011, TheatreSquared was recognized by the American Theatre Wing, founder of the Tony Awards, as one of the nation’s ten most promising emerging theatres. TheatreSquared is currently constructing a new, architecturally significant, permanent home for professional theatre in Northwest Arkansas. This 50,000 square-foot cultural landmark will unite two intimate theatres, rehearsal space, a three-level commons and café, outdoor gathering spaces, production workshops, offices, and artists’ apartments. Now in its twelfth season, TheatreSquared’s work remains rooted in its founding vision, that “theatre—done well and with passion—can transform lives and communities.”

This 2+ hour musical depicts the journeys of two Vietnamese who as young adults fled Saigon in 1975 as it collapsed into the rule of the VietCong. It chronicles their early experience in the US and then jumps to the present.

Script: Brilliantly written as was affirmed by the robust laughter. The adult themes included casual sex, STD puns, etc. Pretty sure that some of the adults were blushing too!

Musical score: Delightful (though saucy) songs which were sung with vigor

Set design: Simple yet complex. The use of projected images on the backdrops and the use of date/year stamps on the sides was helpful in following the storyline which bounced around.

The actors: Clearly in their element and brought authenticity to the roles.

Surprise moment: When it was noted that these Vietnamese characters did not want any apologies for what happened in Vietnam. They challenged audience members to consider an alternate side to protesting conflict and the loss that occurs when wars against aggressors occur. Quite profound, really.

Extra entertaining: Brush off your pop culture IQ and watch for the many references to iconic pop moments and musics. It was a delightful "blast from the past" while watching a tender love story unfold.

Talkback: A talkback chat was available following our show. We stayed for a bit to hear the dialogue. It was endearing as well as entertaining.

Location: TheatreSquared is a very small but beautiful venue. Staff was attentive. Water available as well as other drinks/snacks for a fee. Parking at the adjacent lot is managed through the app Pay to Park (download now and use across the US!) Parking cost us $4.50.

Disclaimer -- I live near Fort Chaffee and remember vividly the events of the relocation. My parents volunteered and my sisters and I greeted new arrivals by the busloads. 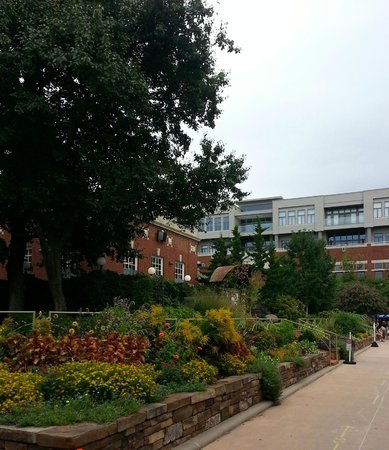 Saturday farmers market in the Square seems to be the place to go... and with your pets too! Plenty of area fresh produce vendors, cut flowers, meats, coffee and live music. It's one our favorites when visiting kids for the weekend.

Sassafras Springs Vineyard is a winery, vineyard, chapel, and reception venue. We have wine tastings daily. Closed on Monday. Our winery decks are lovely to enjoy. We have live music and dinner on Friday and Saturday evenings. We are an active winery producing our own wines and we carry wines from all over the world. We have wine flights available. We also carry meat and cheese boards for your snacking pleasure. Come see us soon!

grounds are well kept and peaceful; facility is clean and well appointed. conveniently located but with a country, serene feel. very upscale for any occasionThank you for your review! 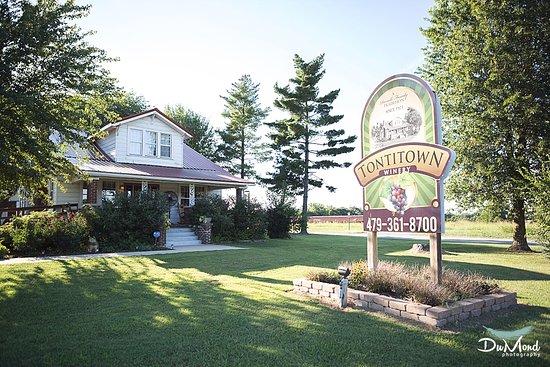 What a fun and family friendly place to enjoy a glass of Tontitown Winery’s many different types of wine while enjoying some great live music. If you’re not sure what wine you would like, just visit their tasting bar and try a sample. The owners and their staff are very friendly and helpful in making your choice. They have a nice dance area and large patio and have recently added on to their facility to include a large indoor event area. This winery knows how to do everything from weddings and birthday parties to class reunions and everything in between. It’s a regular stop in my trips to northwest Arkansas. 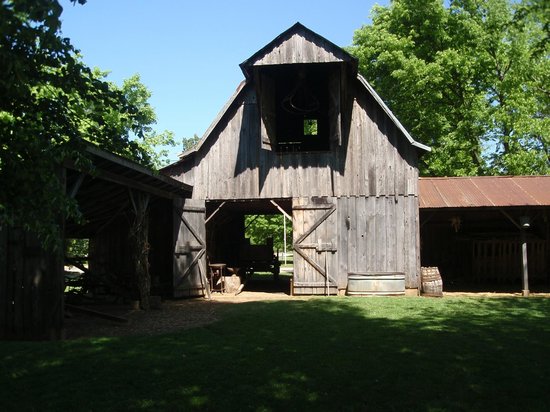 The Shiloh Museum of Ozark History is a regional history museum focusing on the Northwest Arkansas Ozarks. The museum takes its name from the pioneer community of Shiloh, which became Springdale in the 1870s. Most of what you'll see at the museum highlights the real shapers of Ozark history - the everyday men, women, and children who lived in our towns and rural communities. Along with exhibits, you can explore six historic buildings on the museum grounds. We also have a research library with a collection of over 500,000 photographs of Ozark life.

I've attended events and perused the museum several times. I know the curators and they are very knowledgeable of the area. It really is a "must see" if you're touring the area so to have. a better understanding of the history. Northwest Arkansas is rich...MoreThanks for your kind words. We appreciate our "homegrown" visitors so much! Come back and see us when you can. 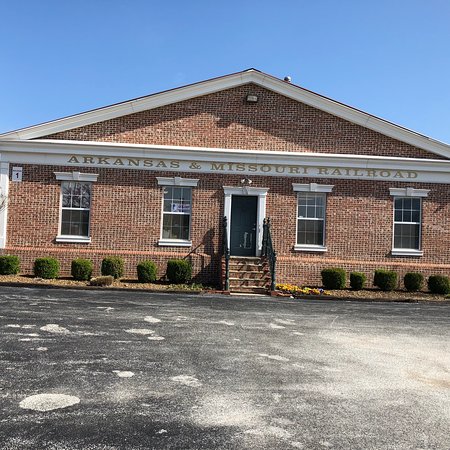 In fact, we planned our entire trip to Branson around this train ride, and booked well in advance, only to receive a phone call two weeks before our trip, informing us that the train trip that date had been "cancelled." The lady refused to explain why, not that it mattered I guess, but I might have felt better if I knew the reason. She kept offering to re-book us the next week, which would have been some consolation IF WE DID NOT HAVE JOBS that prevent us being on perpetual vacation. She then said the refund to our debit card would be issued and might take 14 days....... We had splurged on the first class tickets so this is not an insignificant amount of money that they are holding hostage for a trip we won't be taking.... Good luck hope your experience is better if you risk it.

8. Botanical Garden of the Ozarks 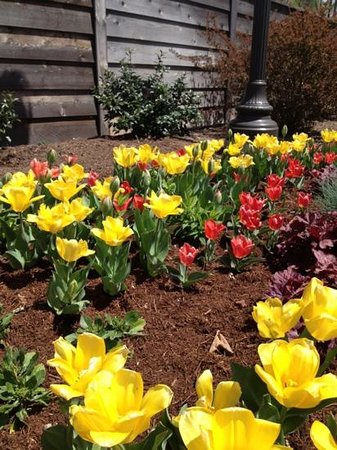 Northwest Arkansas' only botanical garden! The Botanical Garden of the Ozarks features 12 themed gardens & Arkansas’ only butterfly house, with landscaped grounds where four seasons of native flora and fauna thrive. The garden is a unique and enchanting venue for events of all kinds, including weddings, corporate meetings, private gatherings and birthday parties. Other garden events include: free summer concerts, the popular Firefly Fling family festival, the International Festival, Little Sprouts and Garden Buds educational programs for children & more. Visit www.bgozarks.org to see all the latest events and classes. Come explore with us!

I'm a little torn on my feelings about this botanical garden. It's rather small compared to other towns. We paid $7.00 per person, and we do not feel we got value. I'm sure if I returned as Spring was in full bloom, I'd feel the $7.00 was reasonable.

The outdoor garden is a series of areas that are connected by gravel paths and cement walkways. There are Japanese gardens, chicken pens, trellis porch swings, bird feeders, little kid areas and picnic spots. We were there in March on a beautiful day, but nothing was in bloom. All the vegetation, trees, shrubs and grass were still dormant. The unfriendly ladies working inside seemed just fine charging $7.00 for a garden that's not yet a garden.

My daughters have both been here for events and pictures. They loved the color and layout. Given what I saw of the basic layout, I can see how this might be pretty. I really think young toddlers would love this place. It's a perfect size with lots of kid friendly things like train seats, giant walking stick bug and play area. The place is small enough that a parent could plop down in one spot and keep an eye on them while they enjoy the garden.

We lasted about 30-45 minutes in the garden where easily half of that was just sitting in the swing or on a bench watching birds. If we didn't sit and relax, this would have been a 20-25 minute visit. If everything were in full bloom, I could see an hour to an hour and a half. If you brought a picnic basket (not sure on their rules), you could spend a lot longer. 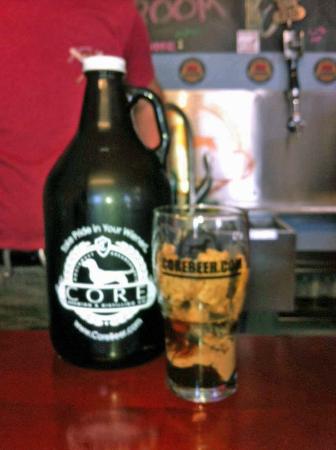 Arkansas' Hometown Beer. Please visit the brewery or any of our 8 public houses for great locally made beer in a laid-back atmosphere.

Core Brewing is very successful with a wide selection of beers. You can find their beers in stores, bars and restaurants. They are so successful, they have grown past being unique and fun. The Springdale brewery is a major mfg plant. They have dozens of employees, forklifts, pallets, trucks and mash pots to keep up with the demand.

As you drive into this location, you feel like you are in the wrong place as the place is actively working. There is a wood sign hanging on a fence in front of one of the fermenting bins that says PUB. That's your hint of where to go. The employees working will not say hello or point you in the right direction. Inside, the tap room is fun looking. They have a nice set up. Here the employees do not interact with you either. They take your drink order like a bar and move on to the next person. The only reason to visit this location is to get a feel for what a brewery looks like.

Personally, I like the smaller craft breweries like Columbus and Saddlebock. The owners are invested and will talk with you about their beers. You won't get that here. 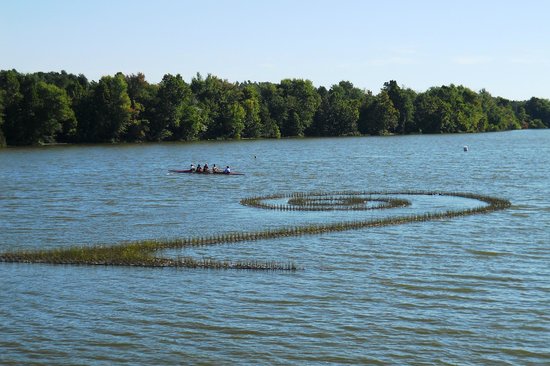 The place to walk or bicycle. Whether it's for exercise at this park or getting together with your family at a Pavilion for a family gathering this is the place. Paved paths for about five miles around. Enjoy. There's a playground for young children and a sand volleyball area for adults and kids alike.