Top Things to do in Rawlins

What to do and see in Rawlins, United States: The Best Places and Tips

Rawlins is a city in Carbon County, Wyoming, United States. The population was 9,259 at the 2010 census. It is the county seat of Carbon County. It was named for Union General John Aaron Rawlins, who camped in the locality in 1867.
Restaurants in Rawlins 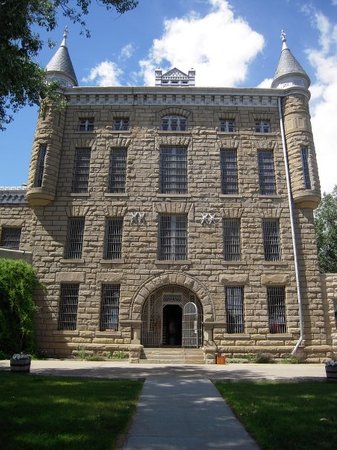 The eighty year history of Wyoming’s first state penitentiary, now known as the Wyoming Frontier Prison, is as colorful and elaborate as the plot of a classic western movie. The cornerstone of the prison was laid in 1888, but due to funding issues and Wyoming’s notorious weather, the doors wouldn’t open for thirteen years. In December of 1901, the prison opened and consisted of 104 cells (Cell Block A), no electricity or running water, and very inadequate heating. Throughout the prison’s operation, approximately 13,500 people were incarcerated, including eleven women. Overcrowding was an almost constant concern, and the first of several additions to the penitentiary was completed in 1904, adding 32 cells to the west end of the original cell block (Cell Block A). Women were housed in the prison until 1909, until the last woman was transferred to Colorado. The addition of the second cell block (Cell Block B) in 1950 temporarily relieved the overcrowding, and also included solitary confinement cells, a much more efficient heating system, and hot running water which wouldn’t be installed in the original cell block for another twenty-eight years. A maximum security addition (Cell Block C) was completed in 1966, but the addition only included thirty-six cells and was reserved for serious discipline cases. The prison was equipped with several different means of disciplining inmates throughout its operation, including a dungeon, several variations of solitary confinement and a “punishment pole” to which men were handcuffed and whipped with rubber hoses. The prison also used different execution methods.. The first two executions were carried out using the “traveling” Julien Gallows which were used to hang Tom Horn in Cheyenne in 1903. In 1916, the penitentiary completed the addition of a “death house” which consisted of six cells to house inmates on death row, and a unique indoor version of the Julien Gallows. The building also housed the gas chamber when it was chosen to replace hanging as Wyoming’s execution method of choice in 1936. Ultimately 14 death sentences were carried out; nine men were hanged, and five were executed in the gas chamber by the use of hydrocyanic acid gas. The Wyoming Frontier Prison is a remnant of the grizzly past of the old west, but not every aspect of prison life was so off-putting. Over the 80-year operation, the prison produced goods to meet demands of four major industries. From 1901 through 1917 the prison had a broom factory, but inmates burned it down during a riot. The factory was rebuilt and operated as a shirt factory which brought in twice the revenue to the state. In 1934, a federal law was passed to prohibit the sale and transportation of prison manufactured goods from one state to another, which resulted in the loss of significant revenue when the factory closed. In 1935, the factory began operating as a woolen mill which won the “Navy E” in 1942 for the superior quality blankets produced by the prison for the military during World War II. In 1949 the prison changed production one last time, producing license plates until the penitentiary closed in 1981. After serving the state for eighty years, the prison closed its doors, and sat abandoned until 1987 when a low budget movie titled “Prison” was filmed on location. The movie was one of Viggo Mortensen’s first and featured several other well known actors. Significant damage was done to the prison grounds during filming because it had yet to be considered a historic site. In 1988, a joint powers board assumed ownership of the penitentiary, dubbed it The Wyoming Frontier Prison, and established it as a museum. The Wyoming Frontier Prison has since been listed on The National Registry of Historic Places, and offers tours to approximately 15,000 visitors annually.

Another stop for some great history of this country and the state of Wyoming. I love the architecture in these old buildings. 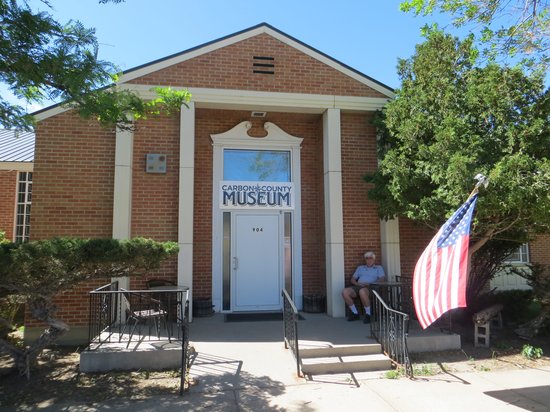 Carbon County Museum in Rawlins, Wyoming collects, conserves, interprets and disseminates regional history to inspire Carbon County cultural entities and all learners-today and tomorrow. The museum envisions diverse but relevant experiences for people of all ages and backgrounds to learn about themselves and their world through the history of Carbon County. As of January 2013, the museum collection includes 30,000 objects, which have been stored and exhibited in a former church since 1976. It is the only museum in the county to be open year-round. Admission has always been free. Our galleries feature permanent exhibits on the history, industry, and residents of Carbon County, including natural history, Native American Indians, mountain men, pioneer trails, the Union Pacific Railroad, ranching, mining, and more. The museum is also home to the only Thomas Edison exhibit in Wyoming. Modern exhibits and programming provide visitors with diverse, accessible, and multisensory experiences. The museum opened its first dedicated hands-on educational and exhibit space for children, the Discovery Zone, in 2012. Since 2013, the museum has hosted the High Plains Powwow at the Carbon County Fairgrounds. This Northern Plains-Style indoor contest powwow remains our largest annual event.

I stopped in Rawlins to tour the Prison and seeing I had extra time I came here. I was glad I did. This place is packed full of interesting exhibits. And it is free to enter. If you have the time don't miss this museum. 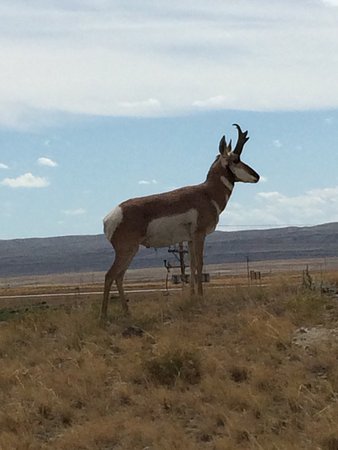 Played Rochelle Ranch last week and had one of the best golfing experiences ever. Started with a friendly club member in the parking lot, then one of the best club pros ever.

The conditions were as good as I have ever played anywhere. I played from the middle tees (still 6600 yards) and there was plenty of room in the fairways and rough. The course is set in a sagebrush, high desert environment so a little wider fairway is appreciated. For really long hitters the course can play up to 8000 yards.

I could not recommend this course more highly, fabulous golf and even nicer people! And all for 45$. I live behind this very cute little park and brought my grandsons here for a little picnic. There's a ramada with tables but we enjoyed a blanket on the ground under a big shady tree. Lots of slides and climbing things for the kids to enjoy. But beware there are no restroom facilities. There is a huge 1880s locomotive that kids can climb on and play around. 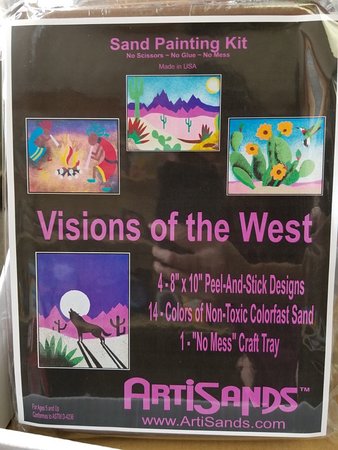 Games, Toys, Novelties, and gifts. Explore Extraordinary in this place for unique and fun items.