What to do and see in Province of Granada, Spain: The Best Places and Tips

There’s an Arabic inscription that captures the essence of Granada in a few words: “There is nothing so sad as to be blind in Granada.” The perspicacity of this declaration becomes obvious as soon as you penetrate the austere walls of the Alhambra and take in the full majesty of the architecture, carvings and fountains of the Nasrid palaces. Your ticket (which should be bought well in advance following the instructions on the attraction’s website) also affords entry to the Renaissance Palace of Carlos V and to the exquisite gardens of the Generalife. If you are celebrating a special event, or are in the market for a splurge, you can stay in the lovely Parador, right on site. Make your way down into the city via the atmospheric old quarter of the Albaicin, with its tiny craft shops and restaurants, and head for the Cathedral and Royal Chapel. Also plan a visit to the crypt for the tombs of Ferdinand and Isabella, the instigators of Spain’s imperial adventures to the New World and beyond. It’s worth making the short journey out of town to visit the Monasterio Cartuja, a fabulous Carthusian monastery in the baroque style. Admirers of the poet Lorca should make the effort to visit the Casa-Museo Federico Garcia Lorca in Fuente Vaqueros, about 11 miles from the city centre.
Restaurants in Province of Granada 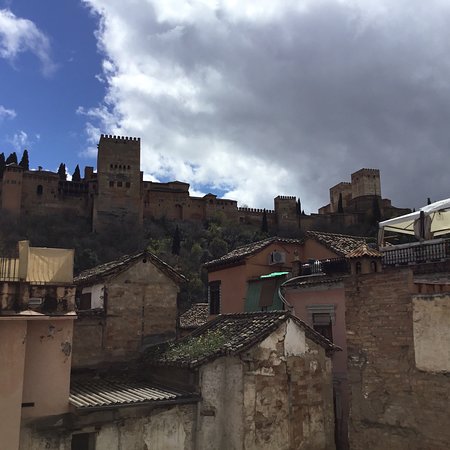 The second most visited site in Europe: this breathtaking palace-city is a sophisticated blend of medieval Islamic, Renaissance Christian and modern architectural styles..

It’s as cool and interesting as one can imagine, mix Moorish and Christian history in every nook and cranny including the Gardens , architecture and backstory, even better at night, can walk in the Gardens for hours , Nasrid palaces are amazing , 7 yr old in tow and he enjoyed it’s well, guided tour a good idea to get all the details , books weeks to months in advance sp in busy season 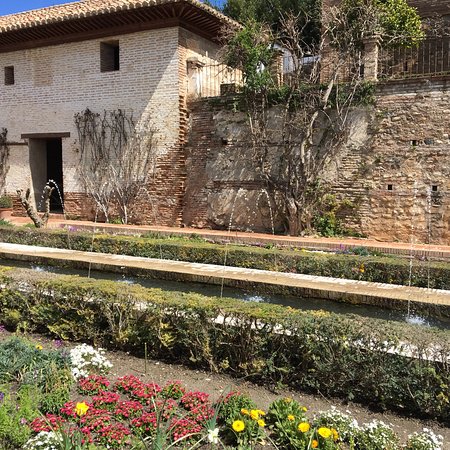 Adjacent to the palace and fort complex is the Generalife. These Gardens, often described as "paradise on earth" were unbelievably beautiful. Unlike the West European Gardens, the ambiance was warm, and informal. This effect was created, perhaps, by the bowers, with comfortable Seating, shaded by greenery twisted into (imperfect) arches. Each arch seemed strategically placed to create a frame through which the visitor would get different a picture of city and Mountains. Then there was the soothing sound of rushing water from Fountains, cascades and tiny streamlets, mixed with the songs of birds. In late February, when we visited, the flower Gardens were overgrown (intentionally?), so masses of blooms spilled on to the paths – hollyhocks, foxgloves, pansies, violets, marigolds, daffodils, cherry blossoms – and always, the orange and lemon trees!
We could have spent the whole day at Alhambra. The guided tours are estimated to take 3 hours. We printed out the very helpful map and notes from the website, and went at our own pace, including our lunch break, spent about five hours there! One point to note is that there is no cafeteria on the complex. (There are restrooms, though!) The only refreshments we found were at the vending machines near the Puerta de Justicia. So, before moving on to the Generalife, we had R & R in the plush coffeehouse at the Parador. 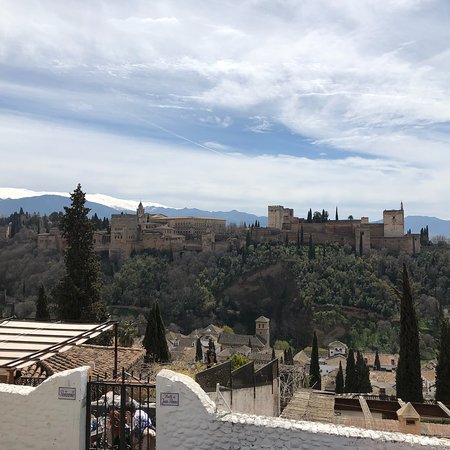 The views you get of The Alhambra from this viewing point are second to none. The amount of steps can be considered a bit of hard work but for any budding photographers or casual phone users the results are stunning. We visited around 10:30 in the morning and it wasn’t over run with visitors. 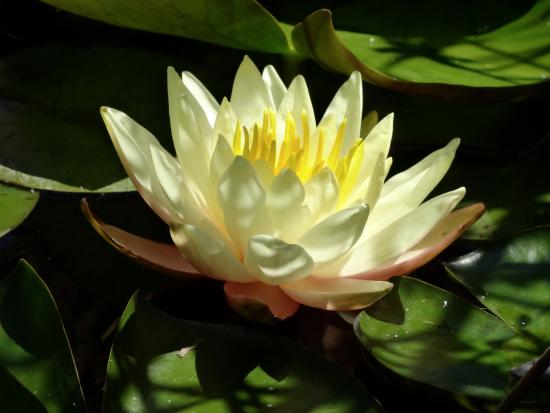 The Orgiva Tea Garden has evolved over the last ten years from a barren patch of land with waist high weeds into a beautiful tranquil garden split over three very different levels and covering about 5000 sq m. The philosophy with regards to the planting has been to concentrate mainly on Mediterranean plants with help from shade providing trees and also to take into account our animals as many have free roam over the garden. Refreshments are available including homemade sandwiches, a variety of teas ,coffee and other drinks and of course Kay's famous delicious homemade cakes. Entrance is free.

Orgiva Tea Gardens are in a beautiful location, very quiet. There are lots of animals around including peacocks! Lovely homemade lemonadeHi Viajero708 Many thanks for visiting us here at the Orgiva Tea Garden and glad you enjoyed your visit. Cheerio for now, Bernard 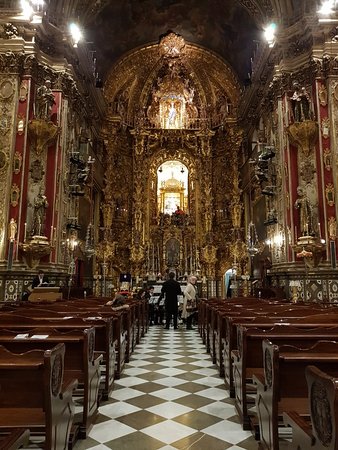 Though I am not very religious, still, it was shocking to enter the church through the office/chambers of priests and through the altar (!). Bit like going through the whole church kitchen. The church itself is very opulent, gilded to the last edge, it is difficult to imagine it seeing a rather modest façade of the building and home-like inner court. 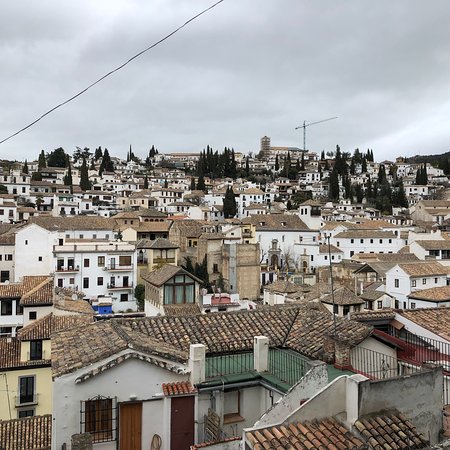 Named a World Heritage Site, this is the old Moorish quarter of Granada.

After a visit to Alhambra , climbed down the hill and back up the opposite through the warren of tiny streets - lovely things to see at every turn, really clean. Fascinating look into all the courtyard gardens- great views of the Alhambra from the Terrace in front of st Nicholas church( which is closed for renovations)- totally worth it for this view alone!!! 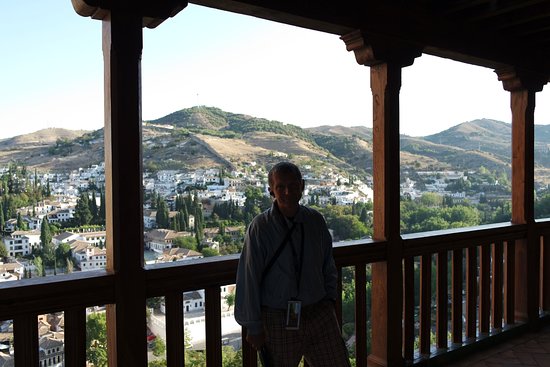 It retains the narrow winding streets of its Medieval Moorish past dating back to the Nasrid Kingdom of Granada.Get lost in the streets of the neighbourhood declared World Heritage of Humanity in 1994. 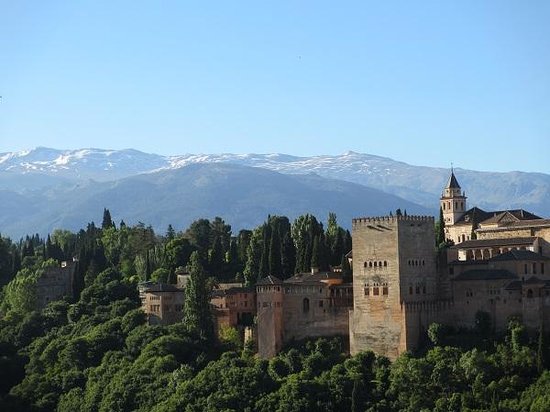 The way up is lined with souvenir shops, cafes, historic buildings, restaurants, and lots of photo opportunities 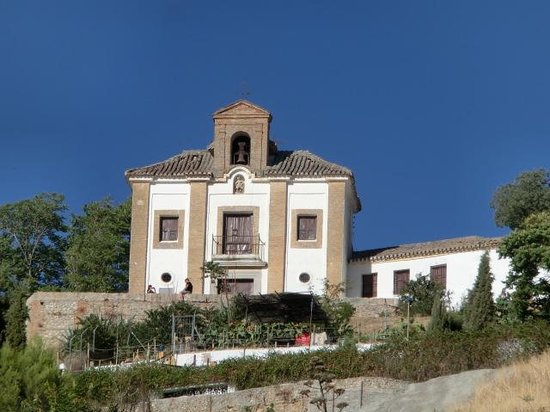 This hike will make you breath a little hard so take some water and wear good walking shoes. Although it takes some effort the result is certainly well worthwhile. We were somewhat leery about all the stories you hear of gypsies but we found all the people to be extremely nice and had not problems. Going up the front you will walk past some cave houses of people mostly from African countries (Somalia I think) and once past their caves it is farther up the mountain to the church. Unfortunately when we visited the church was closed but the views of the city are great and you look down on the Alhambra. We left the mountain on the back side and walked down into the gypsy section of the city again past more cave houses and finally to a main road that leads either into the Flamenco areas or into the old town Granada. Views of the Sierra Nevada Mountains, the old monetary and the Valleys in addition to the city and Alhambra views. Strenuous but worthwhile. 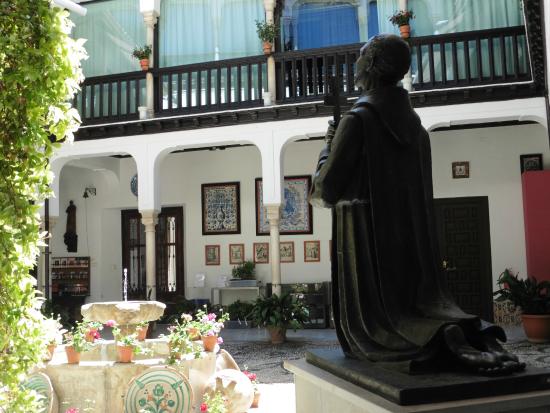 This small museum is dedicated to Saint Juan de Dios (John of God) who spent the last twelve days of his life in this house as a guest. The house itself is beautiful, a typical Granada Moorish house with a lovely courtyard, which is free to visit. If you want to see the items housed in the museum it will cost €3 and you will be guided round, tours are available in English. The exhibits are mainly of a religious nature, with some beautiful silver items, but there is also a gallery of fine paintings of landmarks in Granada painted by a local, modern artist.
The museum is not generally busy; I went around midday and had a private tour for the first two rooms when we were joined by a couple for the remainder.
It is worth noting that this museum is incorrectly located on Google maps, the easiest way to find it is to go to the end of the Plaza Nueva, to the railings outside Santa Ana church and with your back to the Tourist Office the street will be directly opposite you.
The Basilica is San Juan de Dios is a short walk away and definitely worth a visit whether you are religious or not, whereas the museum is probably more interesting for those with an interest in Catholicism, religious artefacts or San Juan himself.