Top Attractions in Province of Albacete

Top Restaurants in Province of Albacete

What to do and see in Province of Albacete, Spain: The Best Places and Tips

Albacete (Spanish: Provincia de Albacete, pronounced [alβaˈθete]) is a province of central Spain, in the southern part of the autonomous community of Castile–La Mancha. As of 2012, Albacete had a population of 402,837 people. Its capital city, also called Albacete, is 262 kilometres (163 mi) by road southeast of Madrid.
Restaurants in Province of Albacete 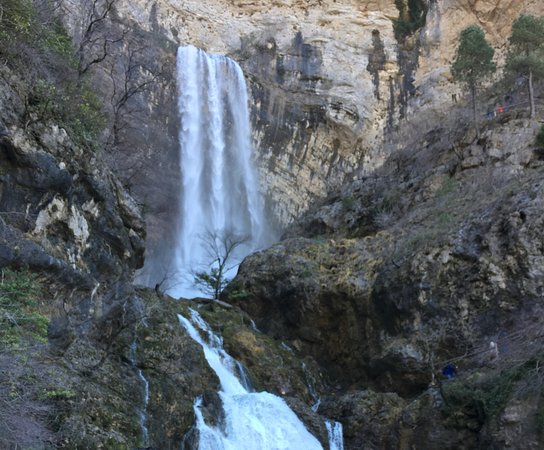 The source of this river is a cave halfway up a cliff. One cannot get very close and as last winter was fairly dry in this region, the amount of water coming out of the cliff was not very impressive.
That said, the walk through the woods to the base of the cliff and the gentle climb up to the vantage points was delightful and if you are in Riopar, it is well worth the diversion. There is also wheelchair access to one of the viewing points.
We came in May on a weekday and parking was easy, but at the height of the summer season, it can get very crowded with picnickers and you may have to park up to 2km from the falls, so be warned. 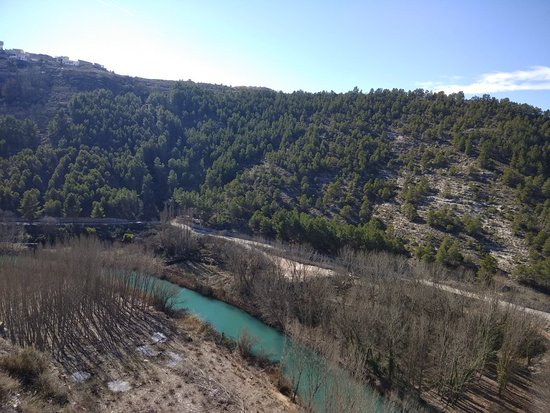 First visited this village in 2014 and again with friends on a coach tour in late 2015, what a lovely village for a day visit or overnight stay. There is a very small market, local and cheap. There are many hostels, hotels and B&B to stay and lots of restaurants, never been ripped off using the menu del dia. There is an old bull ring being rebuilt for historical reasons. The village sits in a huge valley with a river running thru it and a lido at the bottom where you can swim or take boats on to the river, check local booking agents. It is not a place with loads of shops in fact very few tourist shops, this is a place to wonder the streets enjoying the architecture, Bridges, Waterfalls and the old homes built in to the cliffs looming over the village. Approaching the village you only see flat land and can not imaging what lies a few hundred feet below, it really is worth a visit to wonder around and for sure will revisit and do a overnight stay. Probably best out of season but even then the lido will be brilliant for kids, very safe. Parking is good out of season could be very busy July/August. Plenty of Seating and tables in the park areas around the plaza to eat your own picnics etc, plenty of bakers/shops to buy snacks. This really is a lovely village, make the effort and enjoy. 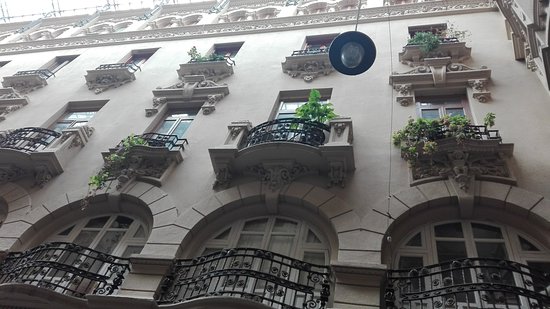 Small street with a very nice charm as all white stone buildings are sculpted and present balconies. Stores with choices of traditional knives and little cafes such as Elefante de Jades makes it a very romantic setting for Wedding pictures on Saturdays. I was delighted to here and see the flashes of photographs on newly Wed couple. These lights made it really special.
The Happy Sharing Company 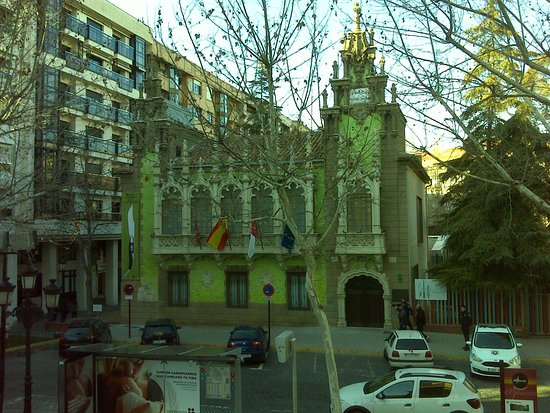 Nice venue located near the Plaza Mayor. Pocket knives and scissors are the main characters of this museum, some of them really interesting. Don't miss it if you're in Albacete. 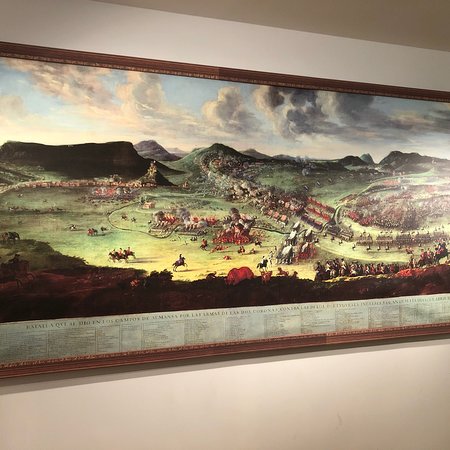 Climbing the Moorish Castillo these days is beyond me, but I have done it numerous times in the past and it is a rich rewarding experience, unless you have to do it after a serious thunderstorm. Even if you do not climb it, you can see it from everywhere in the entire large valley of the Battle of Almansa, let alone the city itself, which it completely dominates. It is the focus for the Moors versus Christians mock battles fought out between local districts of the town, who take sides, in the Spring each year. This attracts huge numbers of people to the city. 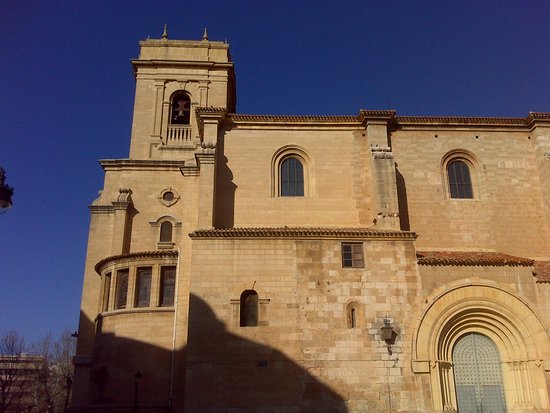 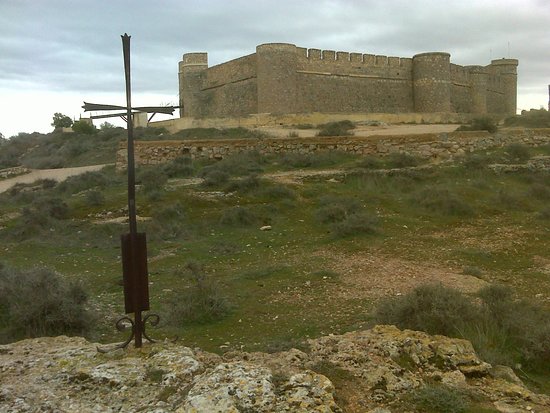 Like some other Castles in smalls towns, I have no idea if, or when, this castle is open. The town is small so it isn´t difficult to wind your way up the hill to the castle. Although it was open, it was worth a 20 minute stop just to walk around the outside. 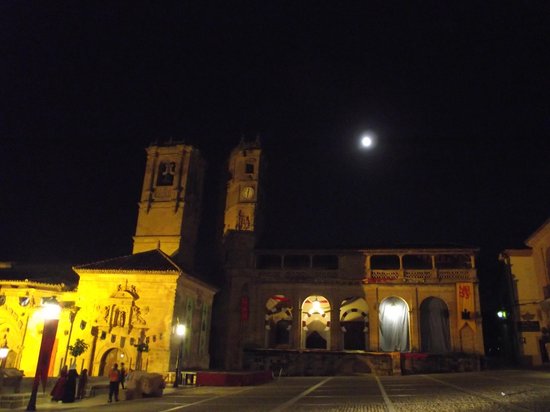 This is a really interesting, off the beaten track destination. We happened to arrive during a Medieval fiesta, set in the medieval plaza.................really good! Worth visiting the Holy Trinity Church and the Town hall. 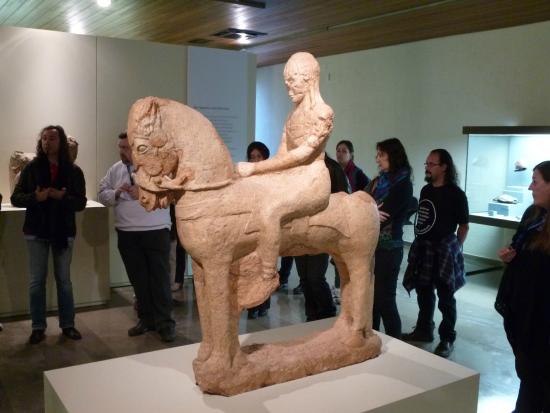 Walked to thr museum located on the soyth side of Parque Urbano Aberlado Sanches - free entry on Thursdays. The museum has over 50 %of its space dedicated to archeological exhibits, with a huge collection of ceramics. There are items from the paleolithic period, through neolithic and then ancient Roman. Also an interesting display of antique measuring instruments, but would have helped if there were explanations as to their purpose. All signage is in Spanish so a real disadvantage for non Spanish speakers. Also an art collection. 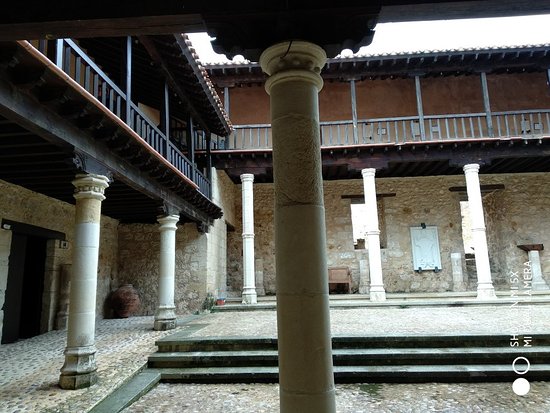 We visited early evening, it was quiet and cool. Well worth a visit, we sat through the Spanish language video presentation and got the gist of the place! The models were very good too!