What to do and see in Port Colborne, Canada: The Best Places and Tips

Port Colborne (2016 population 18,306) is a city on Lake Erie, at the southern end of the Welland Canal, in the Niagara Region of southern Ontario, Canada. The original settlement, known as Gravelly Bay, dates from 1832 and was renamed after Sir John Colborne, a British war hero and the Lieutenant Governor of Upper Canada at the time of the opening of the (new) southern terminus of the First Welland Canal in 1833.
Restaurants in Port Colborne 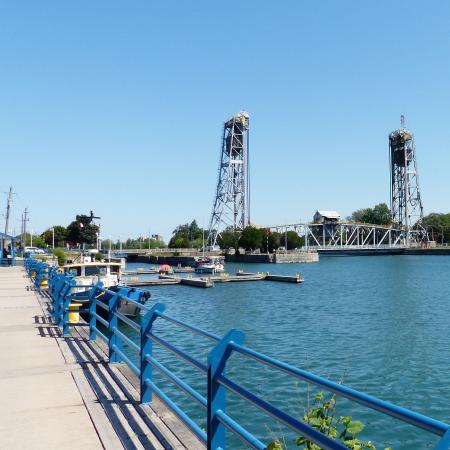 Great place to get an ice cream and watch the ships. The nicest candy shop is right along the canal by the bridge. Great way to spend an hour or so. 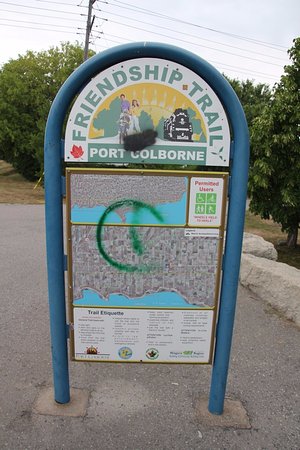 This is a great way to traverse in the peninsula. The Friendship Trail is paved and well marked, making it easy to get to locations. lack of traffic is a real bonus. Friendly residents too! 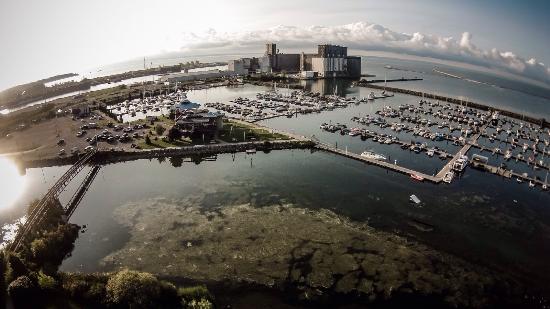 On a hot day, a drive to Knoll Park in Port Colborne will reward you with cool lake breezes (sometimes even fog). Park has open and treed areas, children's play area and splash pad, bandshell, marina, sports bar/restaurant with good view of marina and Lake Erie from upper deck patio. Good area for a stroll. 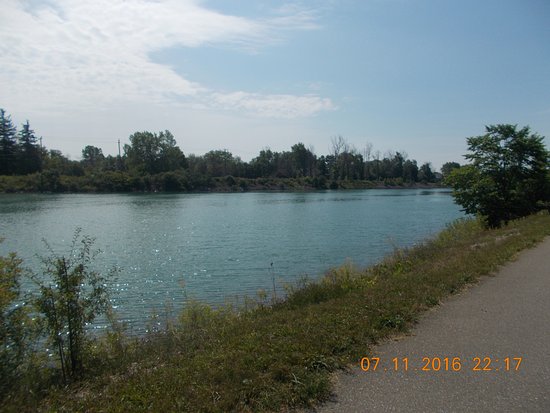 This trail follows the canal along its west bank from St. Catharines through Thorold, Welland, and Port Colborne. In Thorold, the path crosses to the "Thorold Island" created between the old third canal and the current fourth canal in Welland, it follows the old fourth canal through the city, paved on both sides of the canal. The trail zigzags across the canal in Port Colborne until it meets the Friendship Trail at Seaway Park.

enjoy your bike ride in peace without risking your life to careless or intentionally inconsiderate drivers. nice long trail runs parallel to the canal. nice spots along the way to stop for water breaks. various places to park your car and unload your bike such as at the Thorold Locks or at the Allanburg bridge or in Welland. This is a great place for an off leash dog run! From After Labour day to early May you can park for free at the locked gate and walk in.
(Aggressive dogs leash on please)
I've even seen someone walking two goats... I KID you not! 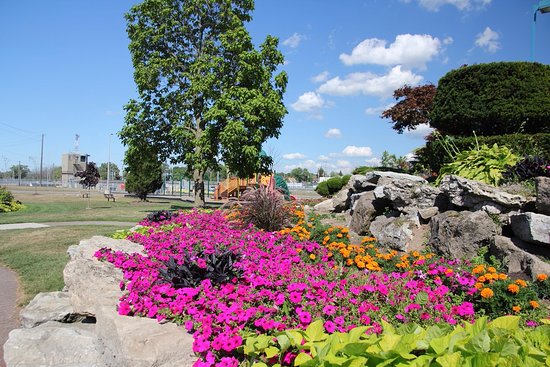 We just happened upon the Baie Comeau transiting the southern part of the Welland Canal, and raced in front of it to Lock 8 Park to watch it go by. A fun experience, with the ship almost within arm's reach, and with the locks and raising Bridges, it makes everyone feel like a kid. 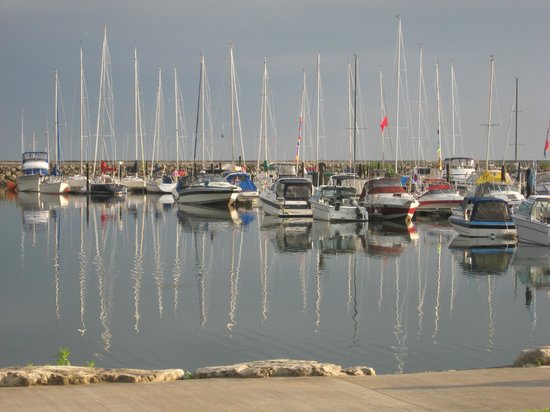 Nice to visit and see how all the rich people relax !! seriously nice and clean, friendly people, I see somewhere people have referred to the Don Cherrys Bar here..don't bother but I will review that elsewhere! 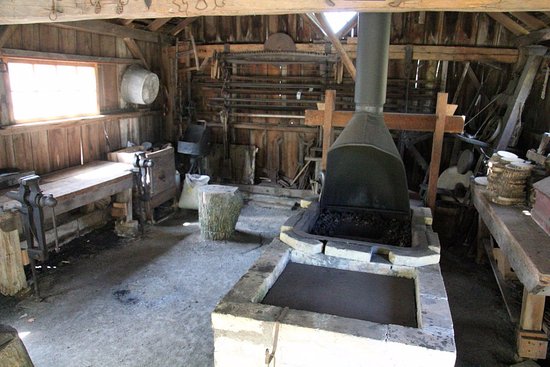 Very cute, has a great exhibit of steam engines. It is like a little minature village with a school room and a black smith and info about light houses. 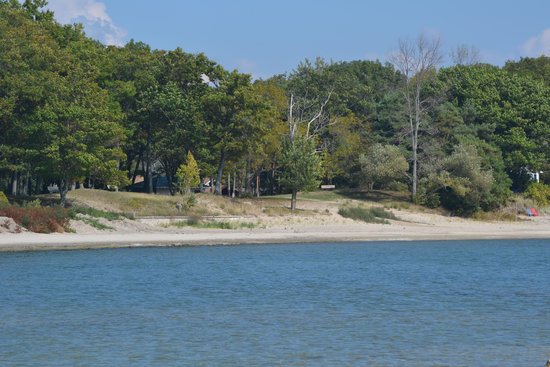 A safe beach and great free parking. Bathrooms, picnic areas and Playgrounds. Baseball diamond too. Hard to find a better beach at this price-free! 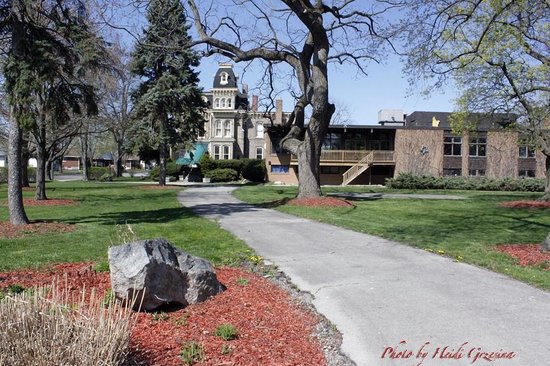 Ted Atherton, F.B.I. Agent, Myles Leland III, on the Syndicated TV series “Sue Thomas: F.B.Eye.” and of “Nothing To Good For A Cowboy” fame, an accomplished Shakespearean actor, is a perfect choice to play Richard Hannay of John Buchan’s “The 39 Steps”, and Showboat/Lighthouse Artistic Director, Derek Ritschel, says “the opportunity to present a play such as this comes only once in maybe 10 years”.
In Buchan’s first of five novels, the character of Richard Hannay demands a persona to capture a stiff upper lip while demonstrating a unique talent for escaping formidable circumstances and Atherton delivers comprehensively.
A number of film and theatrical adaptations followed the publication of the novel. Adapted to film by Alfred Hitchcock and in later years, by British Television, today, Ralph Small’s talent shines as the theatrical, comic version of “The 39 Steps” hits the stage in Port Colborne’s Showboat Festival Theatre.
“The Thirty-Nine Steps is one of the earliest examples of the ‘man-on-the-run’ thriller archetype subsequently adopted by Hollywood as an often-used plot device. In The Thirty-Nine Steps, Buchan holds up Richard Hannay as an example to his readers of an ordinary man who puts his country’s interests before his own safety,” says Wikipedia.
Having reviewed several Showboat Theatre productions in the historically charming Roselawn Centre, I can tell you I have never yet seen the audience respond with laughter as much, as through this production, and urge you to take advantage of experiencing it for yourself.
From set design to costume design, lighting and stage management, the details to bring the audience within the play and not just observing it, are brilliant. Ralph Small has unveiled a masterpiece.
Especially brilliant is the fast-paced change between characters and costumes of four very gifted actors.
Joining Atherton on stage, Perrie Olthuis plays most of the diversified female roles, while actors William Matthews and Bruce Davies also portray some of them.
Olthius, a 2006 graduate of George Brown Theatre School, with a foundation in classical theatre and improv, shines on the stage as other reviews have noted.
It is the team of Willliam Matthews and Bruce Davies that will astound you with their fast-paced, jaw-dropping, comedic portrayals of split second character changes drawing audible reactions of awe from the audience.
This caliber of combined talents on Showboat’s stage demands it not be missed.
Matthews, both an actor and a biographical videographer, is screamingly funny in the roles he portrays in “The 39 Steps”.
Matthews was visibly inspired to work alongside Bruce Davies, the singing Mountie No. 8 from “Due South”, the manservant in Gene Wilder’s “The Lady in Question” and a recent finalist in YUK YUK’S “Great Canadian Laugh Off”. Davies was outstanding in his rendition of multiple roles within this production and Matthews’ parts perfectly synchronized with Davies’, gives the audience a display of acting mastery.
Theatre lovers from all over the Golden Horseshoe would not be disappointed making the trek to Port Colborne’s Showboat Festival Theatre to take in this production of “The 39 Steps”. No matter the level of theatre enthusiast, this play will leave you in stitches of laughter, enveloped in a caliber of talent and taking home a theatre experience not soon to be forgotten.
“The 39 Steps” opened Aug. 14, 2013 and will continue through to Aug. 18, 2013.
For more information, including ticket information, please go to:
Showboat Festival Theatre
296 Fielden Avenue,
Port Colborne, ON
L3K 4T6
Telephone 905-834-0833
Email: [email protected]