What to do and see in Pioneer, United States: The Best Places and Tips 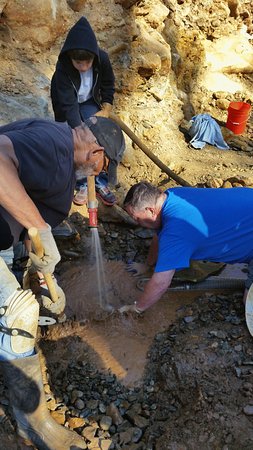 We have cabins, tent sites, day tours and Saturday Night NY Steak BBQ where you can Gold mine, swim in the river, fish, hike, rock collect. We offer all types of mining classes, hikes and help from our crew. Please visit our website for more information

It's hard at times to get the entire family together, away from online distractions. Roaring Camp was the answer! 3 generations of my family went To Roaring Camp for our first time this year. We came from New York and California. This was an amazing...MoreThank you so much for the review, we were very honored that you chose us for your family vacation. My family and I look forward to having you back again soon!! 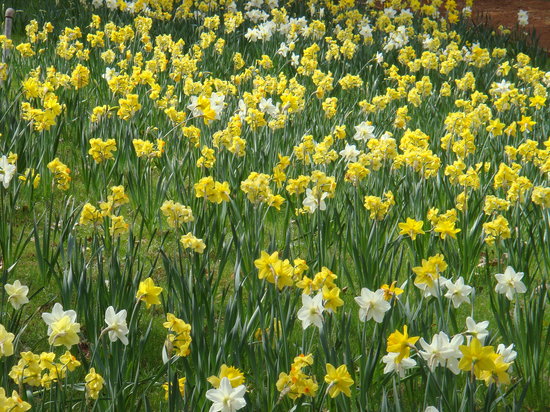 It's the Wandering Yank here. Twice in earlier years we attempted to visit Daffodil Hill. The first time, it turned out it had closed for the season a few days earlier. The second time, we arrived at closing time. Lessons learned...this time, we called 209-296-7048 and listened to the recording before heading up. Good idea!

It's a pretty drive through some fairly remote foothills country to get there. Once we got there, it was crowded (a beautiful Sunday afternoon, so no surprise there). But there was enough parking and the CHP and volunteers managed it well.

No admission charge, but donations are welcome. It's very pretty of course, scattered fields of daffodils and the occasional tulip on the hillside. Very photogenic of course too. A noisy peacock provided a bit of a soundtrack. Porta-potties are available as needed.

By the way, here's a suggestion if you time it right. Make a loop from Sutter Creek to Daffodil Hill to Fiddletown and the Amador wine country. The wineries all close by 4 or 430, so leave enough time to visit those if you're interested. Even if you don't want to taste wine, it's a nice drive back on a different road. 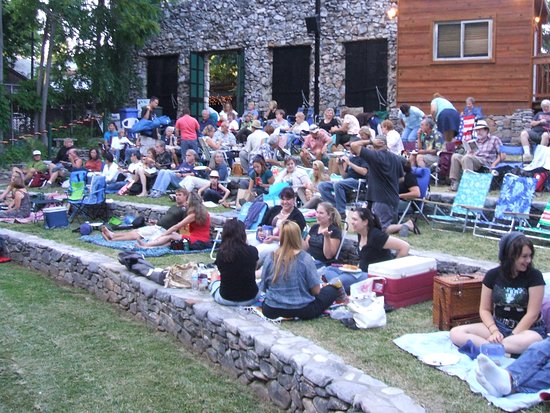 These players do one of the best acting jobs I've seen for a small theater group. The outdoor seating makes for a fantastic atmosphere and BRING a picnic meal with you! Makes for an even better time. Will definitely go again!!! 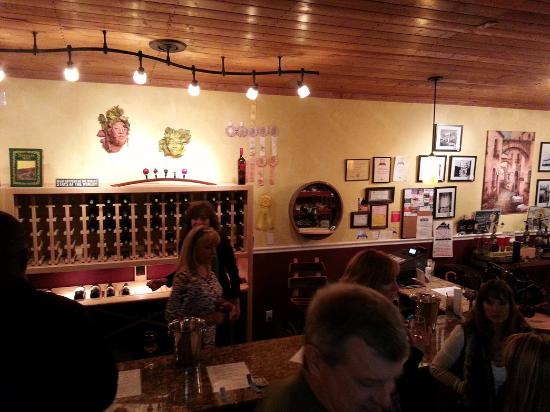 What a great, down home yet classy and modern place. There are plenty of wines to choose from and my favorite - craft beers on draught. Sounded like they serve home-made dinners on most Friday and Saturday nights. It was Chicken Parm when I visited and I enjoyed it very much.

Seems family owned and very friendly. Beautiful patio with heaters. I felt warm and comfy even while it rained. What a great place!! Nice beers, under the stars with good people to the sound of the falling rain. Def glad we stopped here. 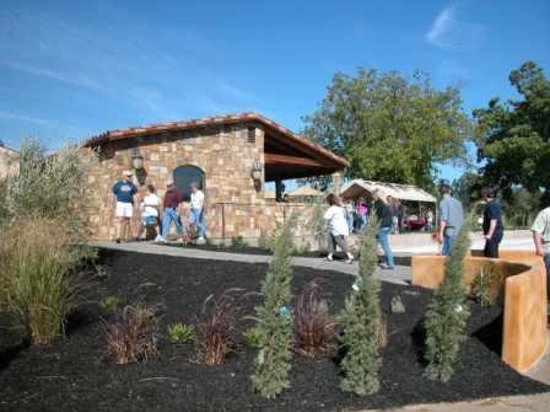 A short drive from the from Plymouth or Fair Play, travel off the beaten path to our Tuscan inspired tasting room. We promise you will be happy you did. We always have at least 10 of our tasty Rhone and Italian varietals to entice you. Our estate wines have a unique terroir because of our location on a ridge of granitic soils.

Our first trip to Il Gioello was before Rob Morse had officially opened for business. Back in 2005 it was by reservation only. Driving out there made you think you were in a remake of Deliverance. And the tasting room consisted of a plank across some wine barrels in the old barrel room. How far they have come.

Il Gioello is testament to the notion that if you build it, they will come. And when you make exceptional wines, more of them will come. Adding the new tasting room and with it the picnic tables and two authentic bocce ball courts was a stroke of genius.

Our group of eleven (some of whom are wine club members) went out to Il Gioello the other day. As in times past we were met by the smiling face of the owner, Rob Morse, and his wife, Kim Grobeck. After sampling some of the newly bottled vintages (and making a few case purchases) we headed out to the picnic area. There we enjoyed a wonderful lunch of salamis, cheeses and breads, most purchased from Andre's in Amador City, while downing too many bottles of wine to count.

Before we could finish lunch the first of many bocce ball competitions had started. Rob was good enough to come out of the tasting rooms and teach us the basics of the game. Before we knew it, was intended as a stop for lunch followed by more wine tasting turned into an all afternoon affair.

Il Gioello is not a winery for the limo crowd. In fact you have to be committed to even find it given that it is off the beaten path. But if you enjoy a good bottle of wine at a reasonable price on a beautiful Tuscan country estate, you should make a trip to Il Gioello. 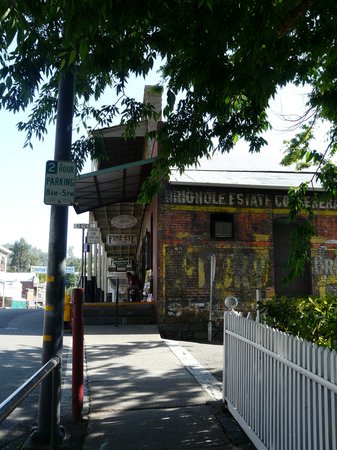 The staff is very friendly, the facility is an old mercantile from the Gold Rush, and they have a varied and excellent selection of items--jewelry, glassware, leather, art, etc. from a variety of accomplished artisans. Prices are very fair---the overhead here is much less than Carmel, yet many items are the same. 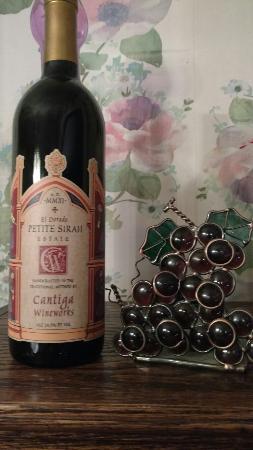 If you like good wine and are traveling through the Sierra Foothills, make sure to stop at Cantiga Wineworks. Cantiga produces superb wines with much care. The folks there are very friendly and the atmosphere is wonderful. You'll taste some excellent wines paired with food...MoreThanks for the wonderful review, Brian! 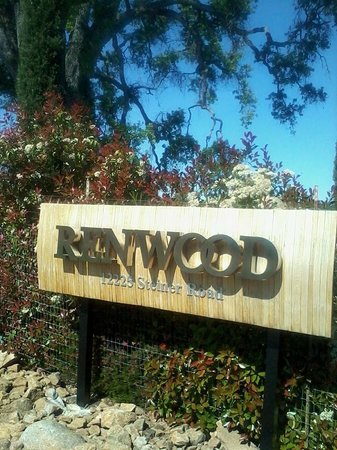 We had visited the top rated winery for the region prior to visiting Renwood. There is no comparison, Brenda is the most delightful, informative and charming tasting consultant we have encountered. The grounds are lovely as well as the tasting room having it's own charm. Not only are the wines 5 star, they are approachable and affordable. Not only people friendly, they're pooch friendly too! Don't miss this on your trip to Amador County! 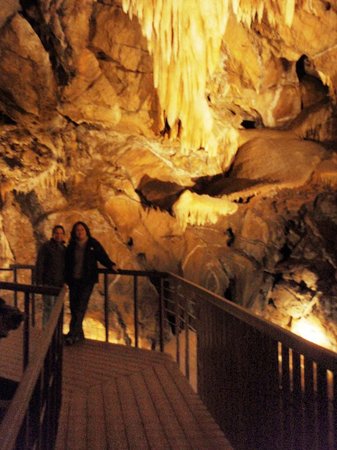 Black Chasm was named a National Natural Landmark in 1976 by the National Park Service for its outstanding displays of rare helictite formations. The 50-minute guided walking tour descends a series of stairs and walkways that loop around the formation covered caverns walls. Here, flowstones interspersed with stalactites, draperies and helictites compete for space above the stairways. Above ground activities: gemstone mining, nature hike, picnic tables. School program available. Open every day, year round.

The gift shop sits on top of the cavern below. Nice shop with lots of souvenirs. 15 steps down to the cavern entrance, then 165 steps down into the cavern. It's well lighted. Your guide describes all the formations and is usually a small group only. One of my top ten places to go!

We've come here several times for family camping trips, but it had been a few years since I last attended. This year (2015), we used the group campsite for a long weekend. First off, the drought has really hit this lake hard. The water level is VERY low and makes a swimming trip a long hike pretty much anywhere you try to swim. There also aren't any sandy beaches, per se. The ones closest to the campgrounds are very muddy have steep drop offs, so they are not fantastic for small children.

We rented a kayak and the price was reasonable, but the equipment was not in great condition. Also, the point at which you pick up the equipment is on a very steep hill that I almost broke my ankle getting to and getting the boat in the water. Once you're on the water, things are great as the water is pretty clear outside of the dock area. The boat launch is closed for the season due to the drought, but there are some boat rentals available.

The camp store has a limited supply of things you might need and the prices are very high. Perhaps we are used to Pinecrest and its very reasonable prices, though. Also, I found the customer service there lacking at best. They seemed a bit short and not always helpful. Ice is $2.50 for an 8 pound bag and there really isn't a close option to go get larger bags or at better prices. If you want to use your credit/debit card, be prepared to spend $20 or more, otherwise its cash only!

The general layout of the campsite requires a map as the signage is not great. The campsites are also very close together, so prepare to be cozy for most of the sites. Most campsites do appear to have power and they actually have WiFi, although I found the system buggy and poorly implemented on the software side. To be fair, that is run by the local phone provider, Volcano Communications, but if you're offering it as a premium service, it should be good.

The group campsite was good and bad. It is located down a poorly marked road that people were constantly coming down and having to make a U-turn right at the gate to our camp. They really need to move the gate up to the fork in the road so people aren't coming down the road. Also, people were walking through our camp at all hours of the day and night. We even had some ATV's come through the camp.

The group camp site is large and has 2 electrical boxes that really aren't enough for a large group site. Compared to the other sites, it is relatively secluded and that was nice. We did have a problem on the Saturday night were some campsites above us were partying until 3 AM, including a drum! There is just no way the camp host could have missed the volume of noise. If you're going to have a 10 PM quiet time rule, then you need to enforce it!

The group site has 2 porta potties that were pretty rough shape. Make sure to bring your own hand sanitizer. It was also a bit of a hike up to the nearest showers. Management should look at putting in permanent toilets and showers for the group campsite. The showers were reasonably priced, but were in terrible condition every time we used them. Bring quarters for your showers.

Cell coverage is almost non-existent. There are some parts where Verizon will come in and out, but I wasn't getting any data coverage. For those that want to get away from their electronics this would be a big plus.

There are some cabins you can rent, but we didn't use those. From what I understand, the power in sites is 20 amp, which is a problem for some of the larger RV units.

My Garmin GPS device couldn't find the address that is listed on the campsites address, so I basically just set it for Pioneer, CA, then followed the signs from there.

Overall, I was underwhelmed with the site. Coupled with the drought and the raging party, it was not the best family vacation we've had.