What to do and see in Mineral Point, Wisconsin (WI): The Best Museums

Mineral Point is a city in Iowa County, Wisconsin, United States. The city is located within the Town of Mineral Point. Mineral Point is part of the Madison Metropolitan Statistical Area. Wisconsin's third oldest city, Mineral Point was settled in 1827, becoming a lead and zinc mining center during the 19th and early 20th centuries. Today the city's historical character has made it a regional tourist destination. The population was 2,487 at the 2010 census.
Restaurants in Mineral Point 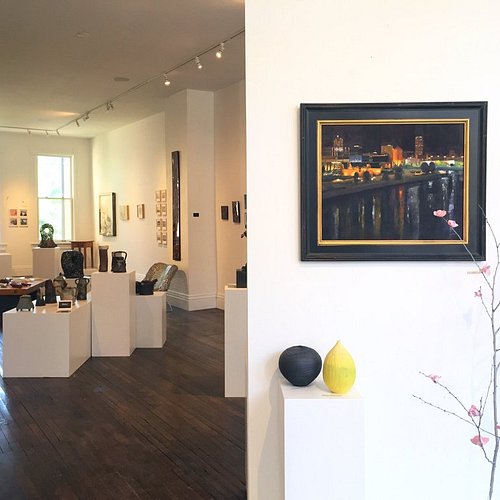 Wantoot--Modern American Art and Craft a gallery and showroom dedicated to promoting the work of American artists. The gallery features art jewelry, pottery, wearable art, art glass and studio furniture--all by individual artists from the United States. The gallery also has rotating shows of paintings, photography and sculpture.

Last weekend my husband and I spent a lovely hour or more at this amazing store in Mineral Point, Wisconsin! Everywhere we turned there was art in a different medium ........... pottery, furniture, glass, paintings, prints, jewelry and many that I have forgotten to mentioned. We saw a variety of price ranges and artists. The owner was delightful to talk to and very knowledgeable about artists and items in the store. Understand he and his wife share ownership. Anytime in the future we are near Mineral Point, we will definitely visit Wantoot! 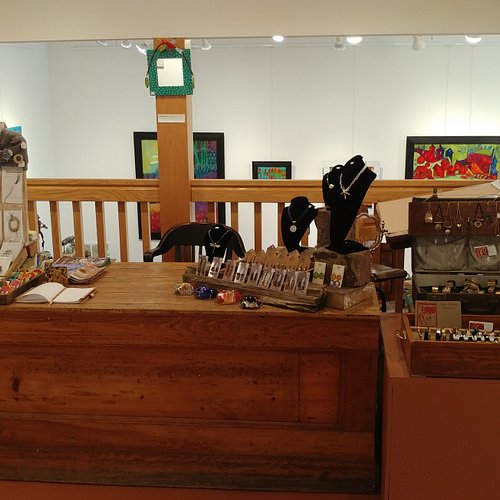 Great shop with a nice selection of art and gifts. Jane was very friendly and willing to tell us more about her town and the area. 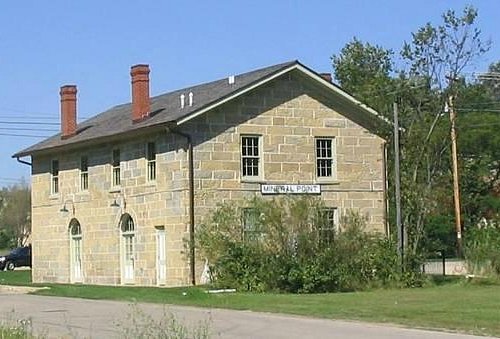 The Mineral Point Railroad Museum is open to the public Thursday through Saturday 10am-4pm and Sundays noon-4pm from May through early October. The museum is housed in a two-story stone depot that is the oldest standing RR depot in Wisconsin. Our depot was built in 1856 for the Mineral Point Railroad, which was acquired by the Milwaukee Road RR in 1880. The depot was in use until approximately 1969, and the last train left Mineral Point in 1984. The depot was meticulously renovated and restored from 2000 to 2004 and reopened as a museum on September 2, 2004.The contents of the museum cover a wide range of aspects of the railroad's significance to Mineral Point and Southwestern Wisconsin, but our artifacts should appeal to adults and children of any age. We also have a 5'x11' model railroad that was professionally developed for us that reflects a scale replica of the area around the Mineral Point depot during its heyday - 1900 to 1920 - including an operating steam locomotive, water tank, lumber yard, turntable, and two engine houses. Pushing a button will cause a steam locomotive to move around the RR yard while related sounds play through a speaker. Our museum is conveniently located near other points of historical interest in Mineral Point, including other Commerce Street attractions, Shake Rag street, and Pendarvis. A comfortable tour of the museum might last 45 minutes and a visit to the museum and nearby shops (open seasonally) within walking distance would make a wonderful day trip. Mineral Point is located about 45 minutes from Madison or Dubuque. We welcome group visit inquiries - please leave us a message and we will respond. We may be able to offer your group a guided tour with adequate notice.Let us know if we can answer any questions and we hope that you visit us soon! 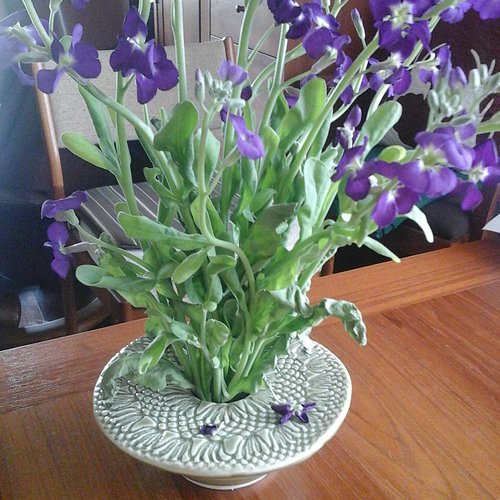 The Brewery Pottery is housed in the old beer brewery on Shakerag Street in Mineral Point, WI. It's very dear to my heart as my grandfather worked at the beer brewery back in his early years of life. Dianna Johnston, owner, is a very delightful person and has many different types of pottery and lots of other items as well. I highly recommend stopping at this unique brewery!!!

Pendarvis is closed for the 2019 season. We will open again in spring of 2020. Tucked away in historic Mineral Point, Pendarvis celebrates the 20th century preservation efforts of business and life partners Robert Neal and Edgar Hellum, and the movement they started. Explore their famous restaurant and discover how they saved a significant part of Wisconsin history.