Top Things to do in Mechanicsville

What to do and see in Mechanicsville, United States: The Best Places and Tips

Mechanicsville is an unincorporated area and census-designated place (CDP) in Hanover County, Virginia, United States. The population was 36,348 during the 2010 census, up from 30,464 at the 2000 census.
Restaurants in Mechanicsville 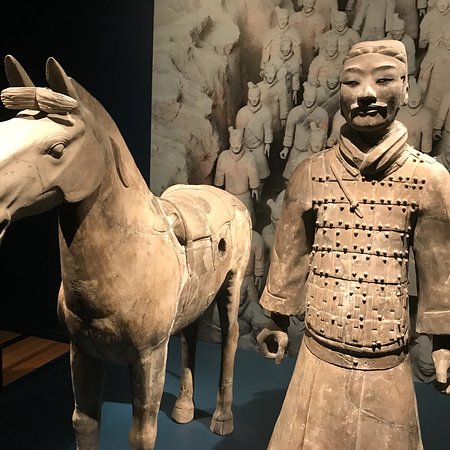 VMFA Arts is a top comprehensive US art museum with more than 5,000 years of art from around the world. VMFA is open 365 days a year and general admission is always free. The Wall Street Journal recently stated that VMFA is now a "two day museum."

Tis place has it all! Paintings, sculptures, furniture, Faberge, artifacts...you name it, they have it! I was pleasantly surprised and how much I enjoyed this museum. It's a lot to take in for one visit so, I will be returning. I would describe this museum as a "mini Louvre." I just cannot say enough great things! 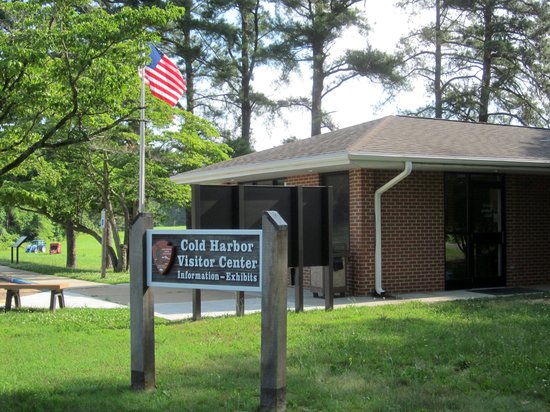 The visitor center's range gave much information about the before doing two tours, which are an auto & walking. The driving tour is a one way 1/2 mile winding, narrow asphalt roadway. There three stops with one-two information stands. Plenty of parking at each stop.

The walking trail will cross the roadway. Not sure how long the trail is in length & time. A wilding pathway parallels the 1864 confederate trenches & small information posts. There is bench shortly before crossing the roadway.

After crossing the road are more signs & trenches that leads to an open field & a bench. I walked to the extended Loop Trail before turning back toward the visitor center. How far the trail continues have no idea.

A visit is recommended, just know the exact location & not waste time as I did. Maymont is a 100-acre American estate, an extraordinary gift given to the community by James and Sallie Dooley who lived there from 1893 to 1925. Whether strolling in the gardens, touring the mansion, watching river otters at play, or petting a goat, there is something for everyone to enjoy. NEW! Golf cart tours are now available. Explore the rolling hills and winding path with ease with a personal tour guide!

I've had pleasant visits to Maymont in the past, but this last time will have me choosing to go elsewhere in the future. The groundskeeper kept using his bullhorn to repeatedly announce that the grounds closed at 5 and that the gates would be locked. There were only a few people left, and we did clear out by 5, but he was so aggressive it bordered on obnoxious. If he had talked to the few groups individually or even prefaced his requests with a "please" it would have been much less objectionable. 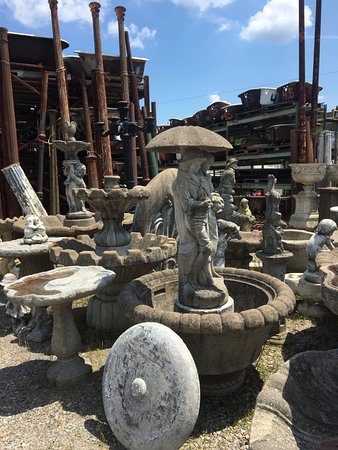 I've been going to Governor's for years, even when it was theoretically closed. Under the new and MBA style management of a younger family member, Governor's is a different place. The old place was fabulous, too- then it was a real jumble and the challenges of finding something, much less getting a price, gave it a certain pirate's cave thrill... and a certain frustration. Now, unbelievable amounts of stuff are being dusted off, put into understandable relationship with one another and many items now have price tags! Gone is the wild, wild west feel. Well, perhaps not entirely gone, but polishing up its manners.
Whatever they have, they tend to have dozens of that same type of item, whether it is African statuary, tubs, yard chairs, toy cars, etc. They run long on doors, planks, sinks and tubs, but there may not be any category they've missed altogether.
This is not really a salvage yard, exactly. It is well on its way to becoming a curated antiques emporium. And the stuff is not cheap. You pay more because they found it and have piled it up in accessible ways. But as they do more and more showcasing, the prices seem a little more justified. A little.
My only wish is that they would be more open to a small amount of haggling- not a 50% cut, but perhaps a few dollars off. It makes the customer feel so much more invested. And never overlook the power of even a cheap lagniappe! A paper fan, a wee measuring tape, a promise of a few dollars off the next purchase...
But if you want patio chairs, I'll see you there! 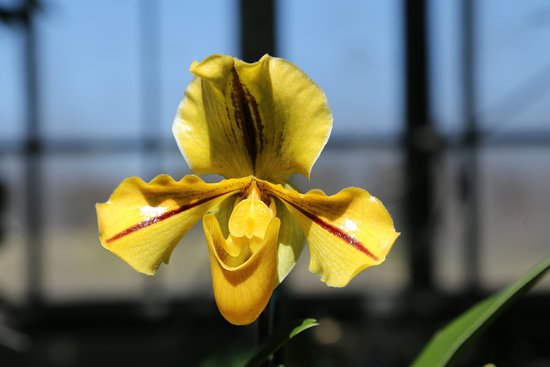 With something for all ages and interests, Lewis Ginter Botanical Garden is a place to learn about plants, to marvel at nature, to relax in a beautiful setting, to take gardening classes, or to have a wedding or a business meeting. A wide variety of experiences are offered through its diverse gardens and facilities. No wonder Lewis Ginter Botanical Garden is consistently one of the most-visited attractions in the Richmond, Va., area.

We had a wide range of ages in our group--67 being the oldest, and 7 being the youngest. There is a good bit of walking if you see all of the gardens. We all enjoyed it--there are a good many things the kids can do...MoreThanks for taking the time to write a review. We're so glad you enjoyed your visit. 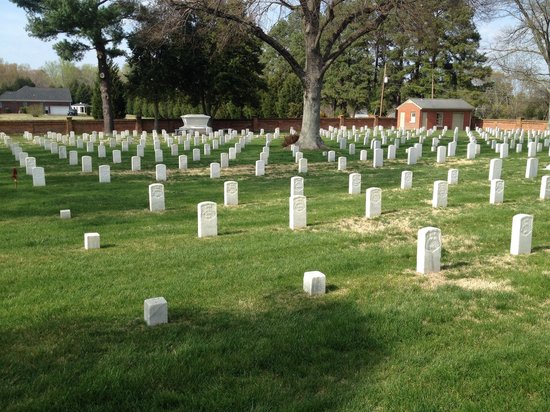 We visited the Cold Harbor National Cemetery September 15, 2012. We live nearby and had never stopped. The cemetery is small enough to see all the graves in about an hour. Most of the graves are for Yankee soldiers killed during the Cold Harbor battles. There are a few recent graves and headstones.

One of the most interesting things in the cemetery are two graves that have had their headstones completely enveloped by trees. All you can see of the original head stone is the tight side of the stone stickling out of the tree. The grounds are well maintained. 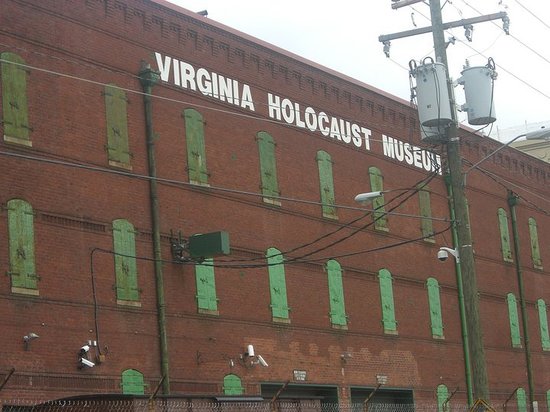 Founded to educate the community about the tragedies of the Holocaust, the Virginia Holocaust Museum strives to memorialize and document the atrocities of World War II. Through exhibits, programming, and outreach, the Museum uses the history of genocide to teach the dangers of prejudice and indifference.

We recently visited this museum when we had a few hours to fill. Surprisingly interesting museum, especially for a free venue. One aspect I especially enjoyed was the fact that there were videos with containing stories of holocaust survivors that now live in Richmond. Many other interesting facts and pictures. One can spend 2.5 - 3 hours easily 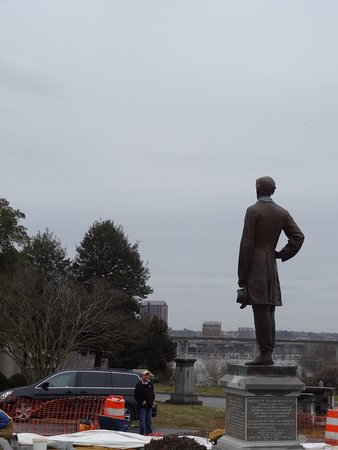 I went through on a chilly but sunny Sunday morning, and mostly had the place to myself. A walk would be very feasible, but because I had limited time, I drove - which was also doable. There’s no great parking near key most grave sites, but adequate room throughout to pull over and park for a few minutes. The history here is incredible, and of course complex. Take a picture of the stone map at the entrance to navigate the cemetery or use a guidebook on your smart phone. In addition to the presidential graves (ponder the fact that as of 2018, John Tyler, our 10th President, born in 1790, still has two living grandsons!), check out the memorial for the tragic Confederate figure, Major General George Pickett (of Pickett’s Charge infamy at Gettysburg); his wife was the first woman interred in the confederate section. 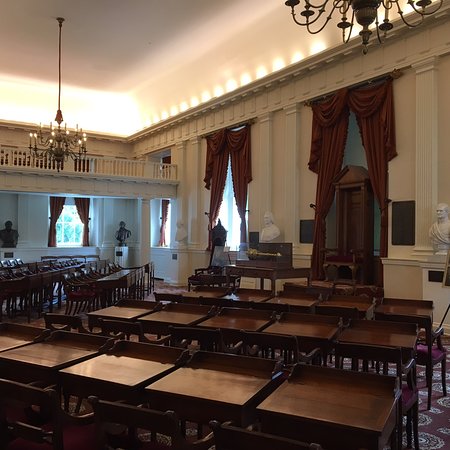 Inside the white, columned state capitol building, designed by Thomas Jefferson to resemble a first-century Roman temple in France, is the only sculpture of George Washington produced in his lifetime.

An incredible Jefferson designed white building sitting on a hill in the middle of Richmond in a park like setting. Either guided or self guided tours are available. Very friendly and helpful staff. We went when the legislature was out of session so it wasn’t crowded and we could spend as much time as we wanted roaming around the building. Visitor entrance and center has been excavated out of the hill in front of the building, so it’s unobtrusive from the outside. It provides convenient access, a gift shop and small cafeteria. Including a bite to eat, it took about 90 minutes to see everything. 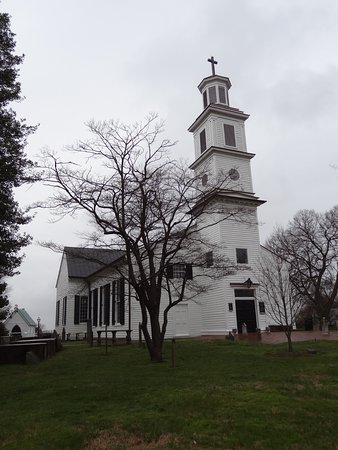 Historic St. John's Church - where Patrick Henry gave his 'give me liberty or give me death' speech. We are closed to the public the month of January.

Be a part of and witness Patrick Henry"s Historic "Give me liberty or give me death" speech. 4th grade and older will enjoy sitting next to the participants.