What to do and see in Llanes, Spain: The Best Places and Tips 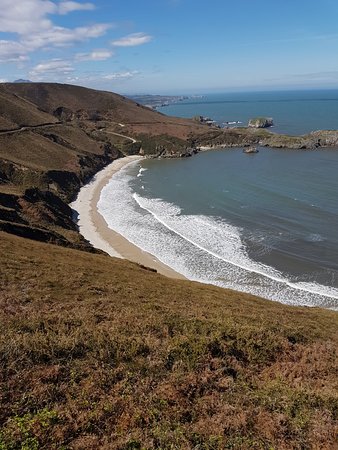 Truly an amazing beach! You can park the car on the street near the beach and then walk down for about 20mins down the hill. The road from Niembro víllage to the Torimbia beach was very narrow and uphill but it's definately worth the effort to go visit this place! 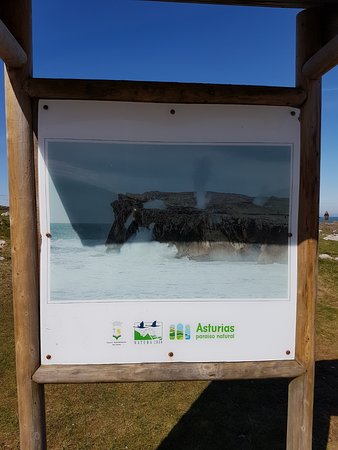 Enjoyed our visit to this scenic coastal area. We obviously went hoping to see the spray shooting out of the blow holes but conditions weren't right. We did hear the 'dragon' roaring though through several holes and crevices. The whole area is scenically beautiful and we walked for about an hour along the cliffs. As we walked back to the car park we stopped at a bar/restaurant and sampled the local cider. You need to wear good footwear as the ground is quite rocky especially as you get near to the cliff edges. From the other reviews we were expecting a fabulous beach but unfortunately our imagination exceeded reality. The tide was out when we arrived and the sandy beach is exposed as a long fairly narrow inlet. The water was a long way out which was perfect for young children to play on and the water seemed shallow. We didn't go down into the beach but walked above onto the cliffs and enjoyed the view and read our books so the visit was still enjoyable. 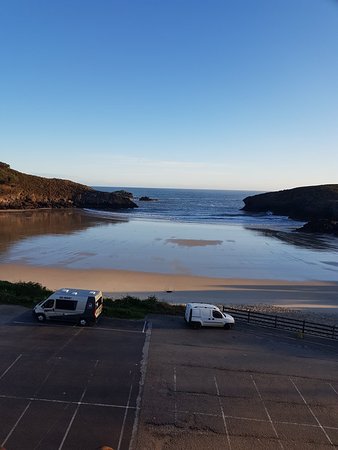 Absolutely great beach - easily accessible with nearby parking, clean, nice scenery & good waves. Facilities are good and you can eat close in cafés/siderias that overlook the beach. Surprisingly, unlike many other local Beaches, there is not much difference in the depth of the beach between high & low tide. Arguably the best beach in Llanes! 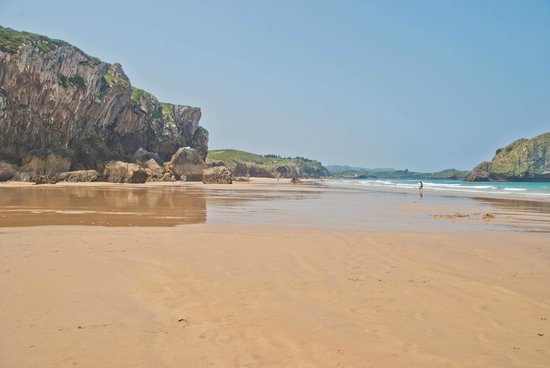 Gorgeous bit of coastline with lots of lovely Beaches and interesting coves and inlets to explore and some lovely flora on the headbands. There is beachfront parking with a cafe and the paths are well marked. 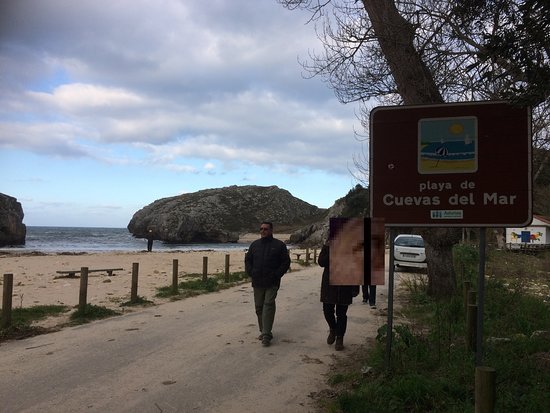 The sculpted limestone cliffs give this small sheltered beach a great ambience. Breakers role in from the Atlantic and swirl around great pillars of rock. You can drive and park, or walk here from Oviu. A footpath leads to other Beaches further east. Lovely spot; but who built the ruined house in the cliff? 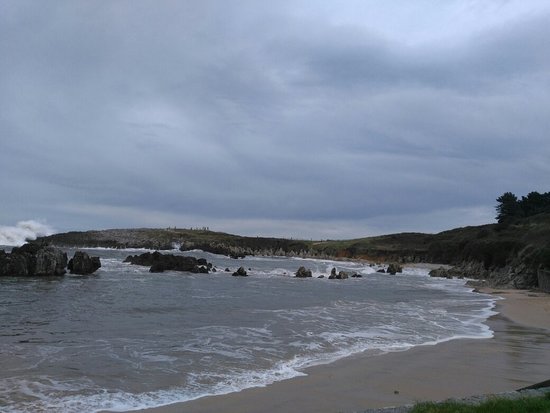 Lovely beach, not so keen on the seaweed . . .fantastic setting with the Pic d'Europe as a backdrop. Emerald sea, clean sand, plenty of space to sit and enjy the Sunshine. 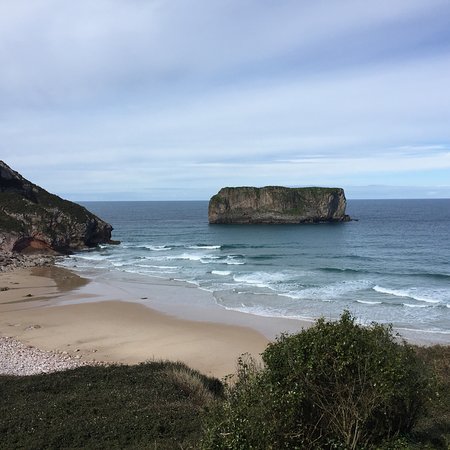 I've travelled for for five years around the world for the search of the "perfect" beach - sand soft as powder, white as milk, water crystal clear, blue as the skies.
All continents. Found my personal best in Venezuela on an isolated island.
Well... This one isn't as "perfect" BUT is much more fun and ticks each box:
- CLEAN!!
- clear water
- great restaurant!
- great prices
- amazing views
- friendly people
- great access
- amazing caves!
- fun for anyone aged 0-150... (Actually not suitable for someone using a wheelchair - only thinking about it now ;( not fair!)
- ignoring as much as I can my last remark, this beach is a dream 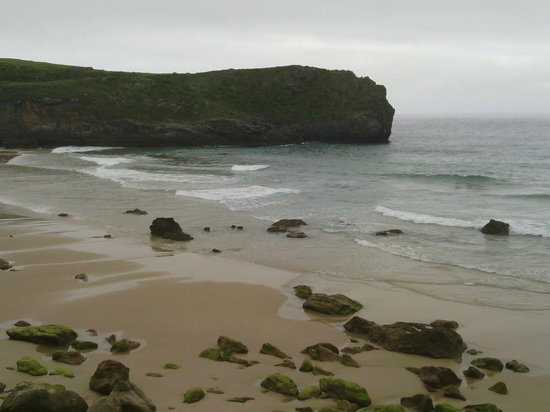 a picture book beach that according to the locals is used by those looking for an all over tan (probably at the far end). At high tide there is no sand but it is worth finding this beach and it is only a short walk down from the car parking but there are absolutely no facilities here so bring what you need for the day and take everything back when you leave except your footprints. 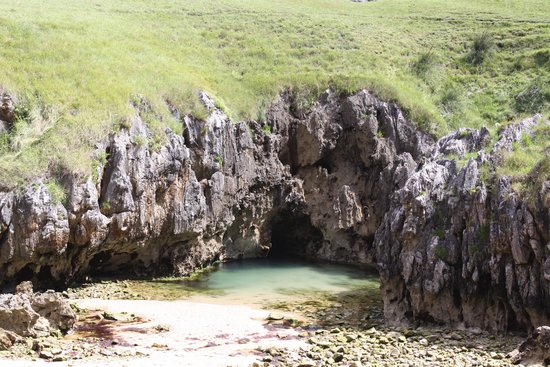 If you want querky, something you've probably never seen before, don't miss this beauty spot. It's a lovely short walk to get there (don't miss the cave on the way - bring a torch, and watch out, it's muddy). Don't try to bring a pushchair, only accessible on foot. And also no good for anyone who doesn't fancy the scramble down the steep grassy bank at the end. Although we managed with kids.
Once you've seen the little beach and the waves as they bash their way through the rocks. Climb up and walk around the top (without small children!!) to see another little cave, and get a pretty breathtaking view of the natural rock arch and from the cliff tops. Take your camera!