What to do and see in Harlow, United Kingdom (UK): The Best Places and Tips

Harlow is a former Mark One New Town and local government district in the west of Essex, England. Situated on the border with Hertfordshire, it occupies a large area of land on the south bank of the upper Stort Valley, which has been made navigable through other towns and features a canal section near its watermill. Old Harlow is a village-size suburb founded by the early medieval age and most of its high street buildings are early Victorian and residential, mostly protected by one of the Conservation Areas in the district. In Old Harlow is a field named Harlowbury, a de-settled monastic area which has the remains of a chapel, a scheduled ancient monument.
Restaurants in Harlow 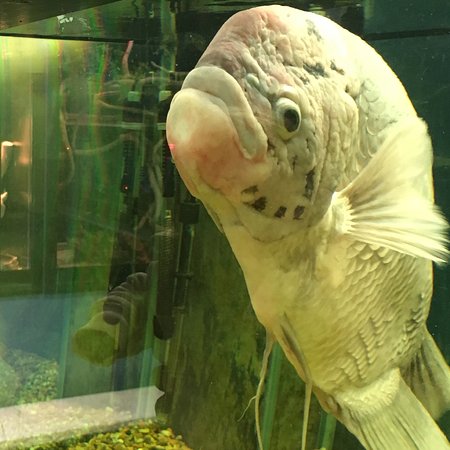 Pets' Corner is NOW OPEN after the Refurbishment works. We really appreciated your patience whilst the works were being carried out and hope you enjoy your visit with our new look.

It’s free. It has animals. It has hand washing facilities. You can feed the birds. The turkeys are fabulous, sometimes a little stalky the way the follow you round, but thats ok. Pigs, goats, chickens, turkeys, mice, reptile things, rabbits, plenty to see. A small area and if your lucky you could spend 30 minutes is soninnhere. Leave a donation though, don’t be a cheap skate! That’s how it stays open and free. The setting is nice. Nearby is an outdoor adventure playground, plenty of space to run cycle and play. Great for kids. Cafe has been re done and is no frills and basic but good all the same.

Lovely countryside setting in East Herts .with Moore's varied design sculptures set out in garden setting or open fields. Relaxing to stroll around and enjoy the ambience and stunning sculptures. Henry Moore's house is also well worth a visit (guided tour in small groups when we last visited). The building and contents have been kept as when Moore lived there.
The new cafe/visitor centre(with shop) (opened in 2016) is a vast improvement on the previous building and offers outside Seating for coffee and cake. 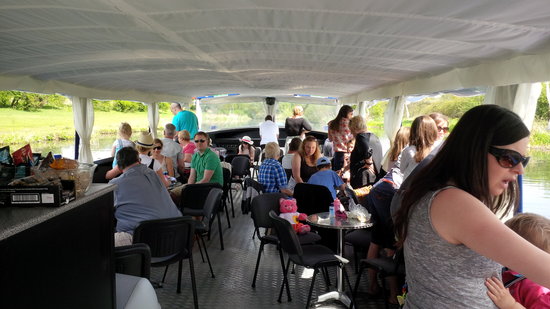 The Ware and Hertford Waterbus by Lee & Stort Boat company opens up a different world at a very different pace. Gently meandering along the River Lea throught the flood plains of Hertford is quite possibly the most relaxing thing you could do all summer. The journey slows you down so much that, "stop and smell the roses" becomes meaningful. We all rush around we don't take enough time to breath in the scenery. Along the banks there are cute cottages from a different age; wild Canadian geese getting comfortable in the fields, and interesting Gardens to moored barges. Wave at everyone and they will wave back, esecially children and others on barges. Experience the locks; amazing technology without a silicon chip in sight. There's time to chat, have tea or a drink. Watch the ducks and moorhens following alongside. You expect to see Ratty, Toad and Mole sitting down to a picnic as you glide by the meadows.
Best of all is watching the dark and slimy locks gate slowly open to see a fairtale landscape emerge on the otherside with weeping willows dipping into the water, it's your own tale of a riverbank.
Only at weekends in summer months. We are going to make it an annual event. A serene step back in time, well worth a visit.

Redwings Ada Cole is home to over 70 rescued horses, ponies, donkeys and mules, including handsome Gelderlander Zippy, cheeky donkey Del Boy, lovely Shetland pony Tinkerbell and rock ‘n’ roll pony Elvis – not forgetting Redwings’ tiniest resident, Teeny Tucker! Visitors can enjoy walking tours and horse care demonstrations, followed by hot drinks and tasty snacks from the Nosebag Cafe. There is also an on-site gift shop offering a range of souvenirs, all proceeds from which support the hundreds of horses in our care. While visiting Redwings Ada Cole, you might like to support the work of the charity by adopting one of its friendly residents, either for yourself or as a thoughtful gift for a friend or loved one. A year's adoption costs just £15! Redwings Ada Cole is open every Friday, Saturday, Sunday and Monday, 10am to 4pm. Entry is FREE and dogs on leads are welcome too!

Visited this morning and spent a good couple of hours wandering around the place. Lovely, clean site with lots of info on the horses, ponies and donkeys there. There is plenty of opportunity to get close to the ponies and stroke them. Had coffee and...MoreAw, what a lovely review! Thank you Mrs_AB_78! We're so pleased you enjoyed your visit. 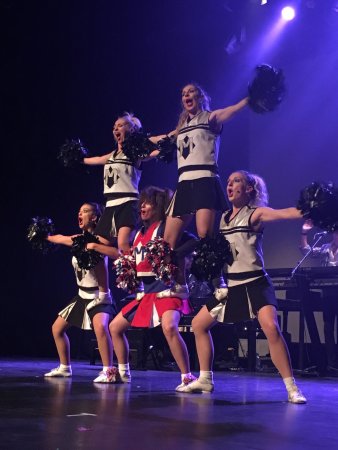 Harlow Playhouse is a leading creative hub and venue in the East of England. We aim to provide enjoyable cultural experiences for everyone, working in partnership to support healthier, happier and safer communities; and to stimulate opportunity, creativity and innovation around us.

Our first visit to this theatre, we were very impressed. The venue is comfortable with easy multi-storage parking next door. We went to see Peter Pan, I can honestly say this was one of the best pano's we have seen.Fab entertainment presented in an innovative and professional way. WELL DONE TO ALL THE TEAM 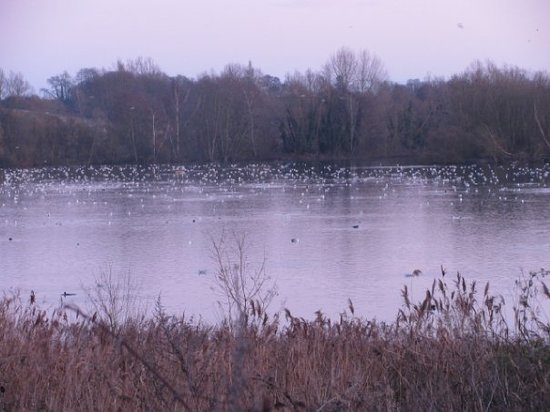 This wetland nature reserve has something to offer everyone and will appeal to families, walkers, birdwatchers and photographers alike. With 8 hides and 3 large lagoons the reserve plays host to a variety of species such as Tufted duck, Common tern, Green sandpiper, Cetti's warbler, Kingfisher, Water vole, Fox, and most recently Black-Necked Grebe. A great place for children and families with spotter trails, and regular events, but also very popular with birders and people after a relaxing walk or some peace and quiet. The friendly visitor centre offers two classrooms, a bird feeding station, hot and cold drinks and refreshments, and toilet facilities, plus free parking for RSPB members. Opening times are every day from 9 am to 5 pm (or dusk if earlier). Please note that the reserve is closed on Christmas and Boxing Day.

Our second visit here and we arrived in hope of glimpsing a kingfisher as we had before. Well we were not disappointed. We sat and watched both breeding parents feed, dive, catch fish and coordinate their feeding visits back to the nest.
The volunteers on the door were very helpful and welcoming. Brilliant...I recommend everybody become an RSPB member. 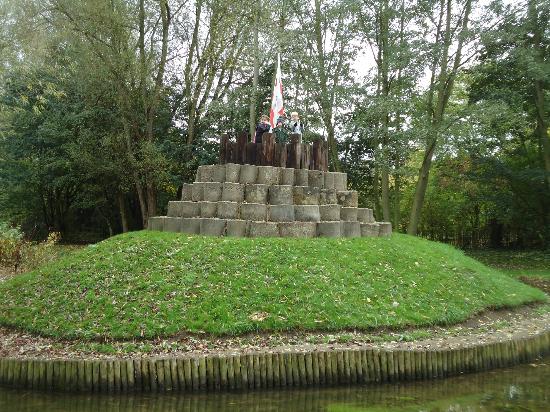 We managed to visit on the last regular opening day of the season. Now open only for special events. What a wonderful garden. So worth a trip. Easy to locate. Parking available plus disabled parking.Payment on entry is fair price to encourage repeat attendance. Good facilities such as a Tea room and a wheelchair access route available. Dogs welcome with usual clean up proviso and bins provided. The Gardens themselves are delightful with such a range of planting that it is difficult to describe. Treas bushes overflowing pots and borders that all fit the changing landscape so well. The sculpture map would keep children happy for a few hours trying to locate all the pieces. There are water Gardens sochildren do need to be supervised. Absolutely lovely. Will be on my go to list for all open season. 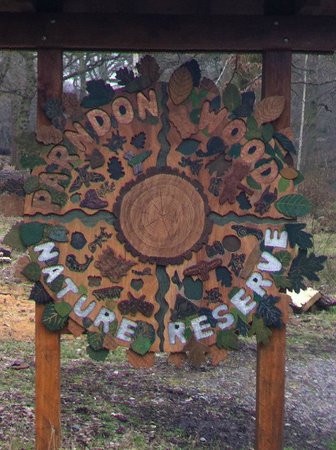 Went for grandson's birthday. Nicely placed on the edge of Harlow (head for the crematorium!) Big reserve, with a centre where you can get snacks, or have birthday tea! We tried den building and bug hunting, both enjoyed by all the children. The leader on the day was new, and a bit inexperienced, but I am sure will grow into the role. You bring your own food, but beware, there is extra charge for hiring a boiler for tea etc for adults. This is a lovely little house along the river, that serves Tea/coffee ice creams, cakes, cold drinks, we also stock coal for the winter, we have a lovely little Seating area at the side overlooking green scenery and the river lock, once you have finished your stroll along the river stop by for a slice of tea and cake served by stephanie the lady of the house with a great welcoming personality.

Open 1st march 2017! Teas Coffees Cakes Toasties Pets allowed! Beautiful scenery! They have a facebook page the roydon lock house follow and like their page for more details of how to find and what the river tea garden is always up to! 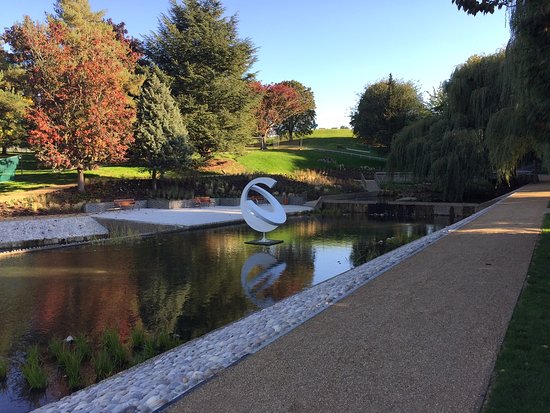 We went to Harlow park with our 5 year old she enjoyed pets corner which is free to visit, she also had a lovely time on the park and the padding pool, we ate at the cafe on the park as well which was very nice.