What to do and see in Greymouth, New Zealand: The Best Places and Tips

Greymouth (/ˈɡreɪmaʊθ/) (Māori: Māwhera) is the largest town in the West Coast region in the South Island of New Zealand, and the seat of the Grey District Council. The population of the whole Grey District is 13,500, which accounts for 42% of the West Coast's inhabitants. The Greymouth urban area had an estimated population of 9,690 (June 2017). The District Council expects growth of 1.5% per year between 2006 and 2016.
Restaurants in Greymouth 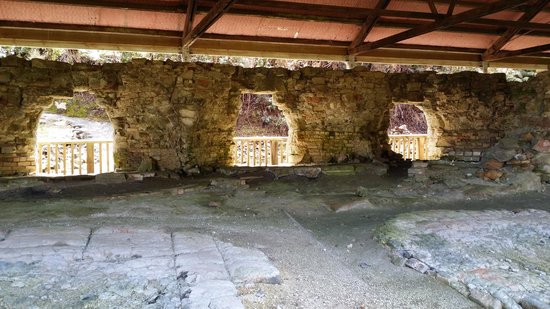 We stumbled on this nice little break in our journey. There were a number of information boards scattered across the site that contains general information and photos of the coal mine and brickworks. The suspension bridge has a great view of the Grey river and the track was clear and easy. A few options if you want to spend longer and toilets for those who may need them. 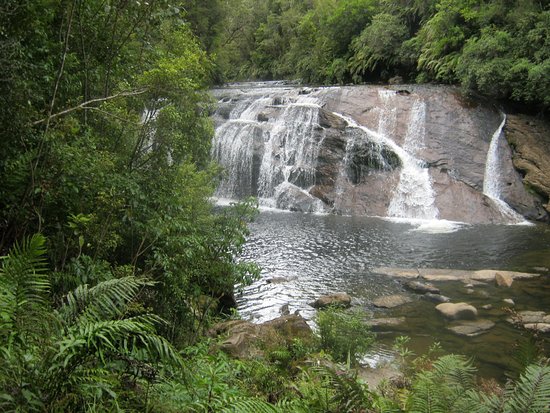 Visiting Greymouth and our son told us about the Coal Creek Falls so on the way back from the Pancake Rocks we called stopped at the track entrance car park. It's a 30 minute walk each way on a bush track would not suit very young or anyone with walking difficulties. But once you get there it's well worth the bush walk, certainly give it a go if visiting Greymouth.

At Monteith's Brewing Company we love beer. We are also very proud of our newly refurbished brewery. Come and enjoy our locally brewed award winning beers. It doesn't get any fresher than this. Join us on our brewery experience as we guide you through the traditions and heritage of our brewing establishment. You will experience and taste our ever changing and innovative brews; some of which are exclusively produced and sold here by our brewers at Monteith's Brewing Company. We have a tapas style kitchen menu, with beer-match recommendations made by our beer ambassadors to ensure that you get the best Monteith's beer and food experience. HOURS: Summer (Nov-Apr) 11am-9pm Winter (May-Oct) 11am-8pm

Reviewed By Irvine A

We stopped in for a quick look around and a beer. Very nice brew pub serving outstanding beer. Didn’t sample the food but liked the beer so much that we purchased more at their retail sales outlet. The bartender was especially helpful and very friendly. 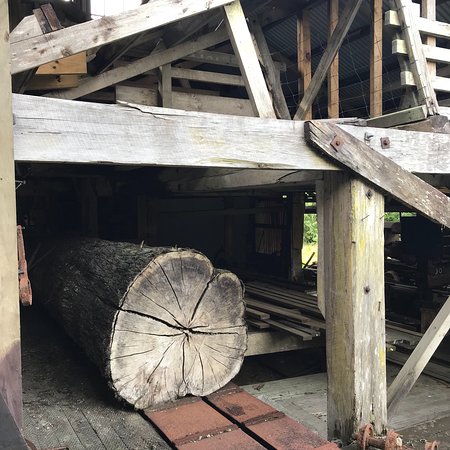 Shantytown is a leading New Zealand culture and heritage attraction. Made up of over 30 historic buildings it is a faithfully recreated 19th century pioneer town, inspired by the West Coast gold rushes of the 1860s. Highlights include riding the steam train, gold panning, the Beehive store with its range of traditional confectionery and the opportunity to have an old time photo portrait taken as a memento of your visit.

Very interesting attraction with historical significance. A lot of work has gone into putting the exhibits together. Star attraction is the train ride but lots of detail to see in all of the buildings. Staff were all knowledgeable and answered our questions. The cafe is wonderful, freshly prepared dishes, lovely staff. We had a massive portion of vegetable soup, toasted sandwiches and later an ice cream all for very reasonable prices. Would have benefited from having more staff / volunteers dressed in period costumes to add to the experience or more opportunity to interact with the displays. Would also benefit from increased marketing as well as more investment. 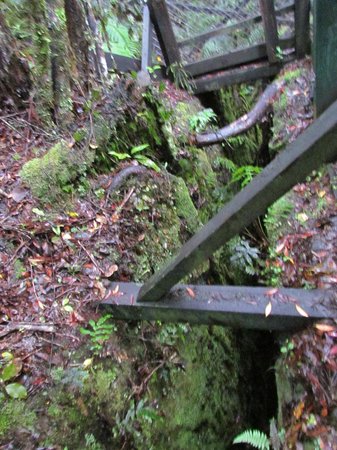 Our travelling companions told us they knew of an old mine near Greymouth's Shanty Town, so we went exploring and eventually got there. Its out past Shanty town - maybe about another 10km up the road and into forest and gravel roads. Good parking area but no facilities, as its a real bush experience. Well sign posted short track (1.1km) has a fair few steps to climb and takes about an hour and a quarter if you stop and explore tunnels (take a torch!) and read everything. You'll go wild with your camera as there are some wonderful shots. One of the most interesting short DOC walks that we have ever done. For more info see the DOC site 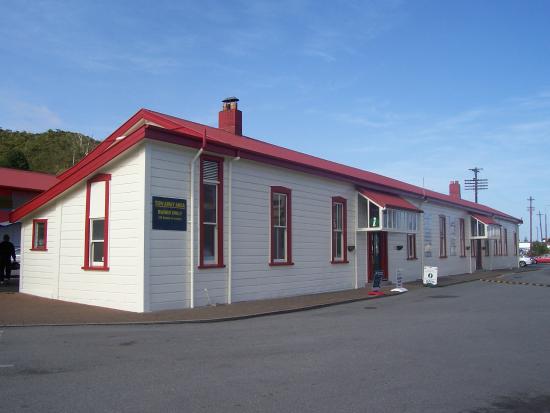 The team at Greymouth i-SITE can help with all your visitor information like accommodation, activity and travel advice and offer a FREE booking service, maps and tourist information for your holiday on the West Coast, South Island and New Zealand. We can also assist you with baggage storage, freight service, internet access, refreshments and we stock a great range of West Coast and New Zealand souvenirs and gifts in our Station Gift Shop. Why Book With Us? •We offer FREE visitor information & reservation services •Our friendly and helpful team are genuine 'Coasters' with local 'insider knowledge' •We can take care of ALL your West Coast activities, tours, accommodation & transport requirements. •We are the leading Information Centre on the West Coast operating for over 30 years •Authorized Tranz Scenic / Kiwi Rail booking agents selling tickets for the Tranz Alpine Train, Coastal Pacific Train and the Overlander Train •Booking agents for Intercity Coaches, Atomic Shuttles, West Coast Shuttles, Naked Bus, InterIslander and Bluebridge Ferry •Centrally located in the historic Greymouth Railway Station, home of the famous Tranz Alpine Train and all leading car rental companies •We are the local DOC agent and can help with information on walks, overnight tramps and bookings huts throughout the South Island •We can help with travel planning and bookings throughout New Zealand Contact the local experts today to help with your holiday plans.

Sharon and her team at the i-site went out of their way to help us enjoy our visit to Greymouth. We were not a straightforward booking, being multi-generational and needing lots of help. Our train trip was cancelled due to bad weather on the weekend we originally booked so Sharon re-confirmed our car-hire and hotel bookings straight away for the following weekend. Once we got to Greymouth we made ourselves known to Sharon and her team and we received a good old-fashioned West Coast hospitality welcome. This is the best experience I've ever had in an information centre - here or overseas. 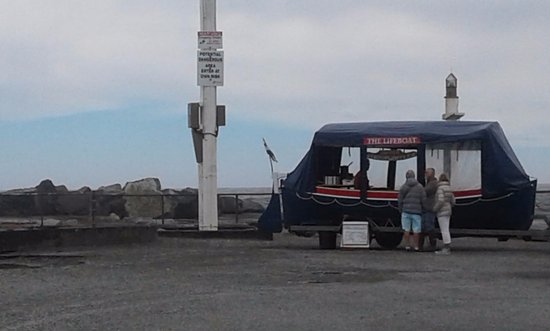 Views both ways along the coast, fishing, birds, a couple of placards about wrecks, and a waffle shop. Very nice place and you can drive right out or walk from town. 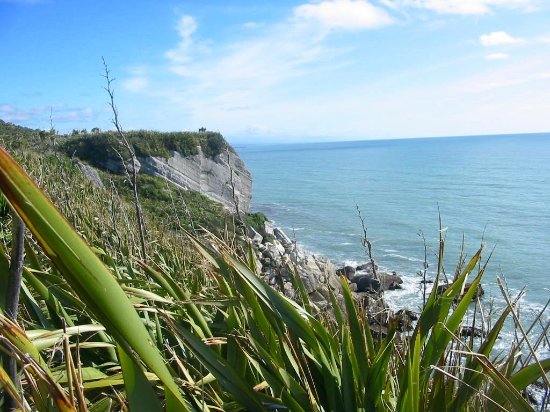 If you're going swift, you'll reach point Elizabeth in about 30 minutes, for normal in 45 Minuten. It's an easy walkway and the view is really nice, but not breathtaking. 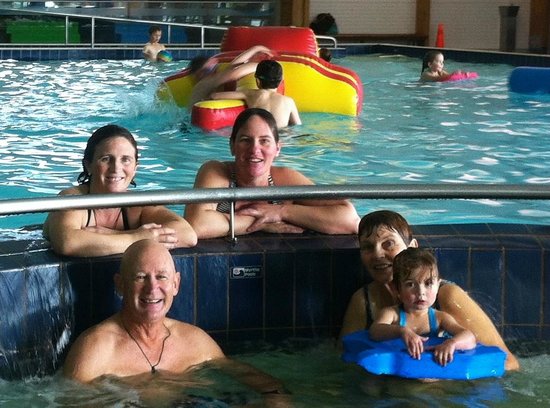 We've been to many pools on our travels, and my children consider this one a favourite. There are pools for all ages and swimming abilities, and two hydro slides. The lifeguards and other staff are friendly and do their jobs really well, keeping the pool safe for all. The lanes are hardly ever busy, so it's easy to get some laps in. 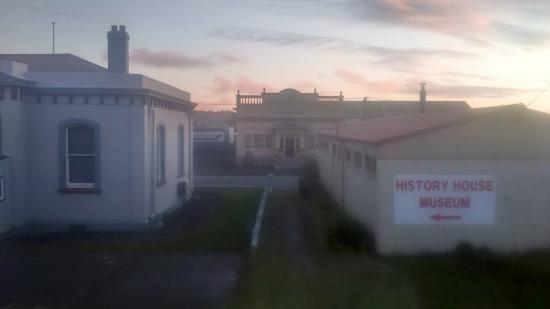 I have been twice here, have no blood relatives, but oh how these descendents know their roots,and are proud to share with you, their life stories ! The amazing stories of life this West Coast stop on the tourist route, terminal of the famous trans Alpine train journey, and doorway to the chance of talking to some of the most interesting folk! Particularly if you're of Welsh, Irish, or Scottish background, who knows, you may have a relative here ! I say well worth visit and the journey over from Christchurch!