Top Things to do in Fuquay-Varina

What to do and see in Fuquay-Varina, United States: The Best Places and Tips

Fuquay-Varina /ˈfjuːkweɪ vəˈriːnə/ is a town in Wake County, North Carolina, United States. The population was 18,644 in 2012 (state-certified as of July 1, 2012). The population was 17,937 at the 2010 census, up from 7,898 at the 2000 census. The town is a 25-minute drive south of Raleigh, the capital of North Carolina. The hyphenated name attests to the town's history as two separate towns. Fuquay Springs and Varina merged in 1963 to create the modern town. Economically, the town initially grew due to tobacco trade and agriculture, but has seen recent population growth and real estate development due to its proximity to Research Triangle Park.
Restaurants in Fuquay-Varina 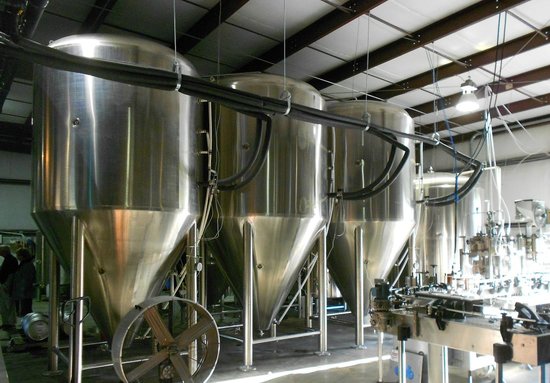 The place at the back of the hangar is really nice. You can play some games while enjoying a pint. People are very friendly. We tasted different types of beer and took a tour. Have to say though, beer was just OK. It felt this place was more business oriented with less love of a beer. In my opinion there are better local breweries. 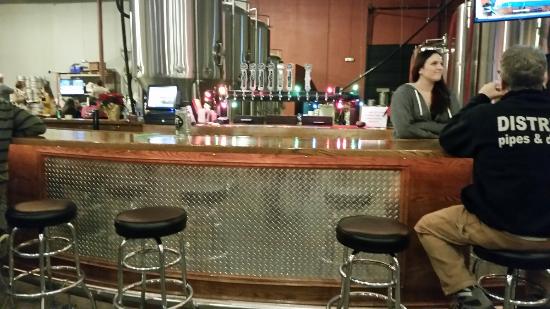 First time visiting this brewery. Love the open indoor/outdoor space. Dog friendly. Love the option to try their flights of beer. Brewery tours in the afternoon. Foosball, pingpong, and other games, lots of TV's throughout. Friendly staff. 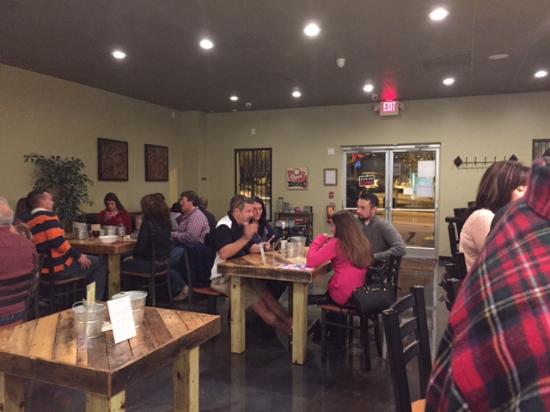 We are a small boutique brewery located in Fuquay-Varina, NC. We offer a variety of handcrafted brews in a casual atmosphere with a dog friendly patio.we strive to consistently provide our customers with a variety of high quality, full flavored, drinkable, hand-crafted beers and we are driven to share our passion for brewing and to promote the craft beer industry with enthusiasts and novices alike.

Fainting Goat is a great local spot for catching up with friends and having a great craft beer. The brewery is small but they have a nice patio with a fireplace and the patio is dog friendly. My family and I love the Splash Pad...ages 53 to 2! We enjoyed the water features, and the playground next to it. The only thing that I have to say negatively about the Splash Pad is that the floor/ground is all concrete...with children playing, and running (even though they're not suppose to, it does still happen), mixed with being wet and, at times, standing water, it's a recipe for an accident. There were a few bumps and bruises while I was there, one of them being a child ran into my grandson and my grandson was hit in the face, and he had quite a bruise to show for it. Overall good fun...parents/adults just really need to keep an eye on their children. 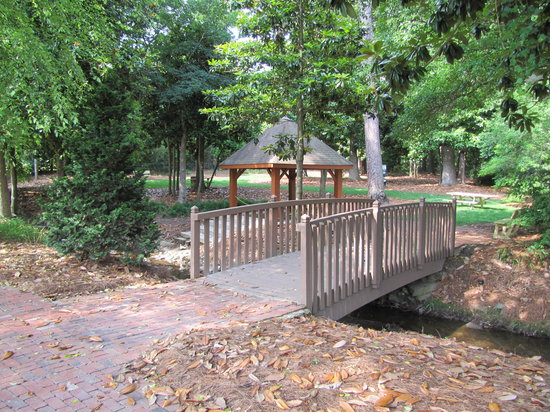 This historic park right off main street in Fuquay-Varina is really nice but very small. Nice shaded park with historic Fuquay Mineral Spring spring in middle. There are a couple of historic markers. Nice Sidewalks and benches and park is nicely maintained. Very peaceful little place. However it is so small it will take you only a few minutes so it is not a place that will take a lot of your time. There is no parking lot dedicated for this park. You can park in the street in the back of the park or park up at the town administrative offices parking lot which overlook the park. There are no bathroom facilities. We have a wonderful park down the street from us. We can walk to it, bike to it or drive to it. They have plenty of parking except if they are having a special event. The trails are paved for walking, running, biking and walking your dog. They have bathrooms there and some antique buildings on the properity. 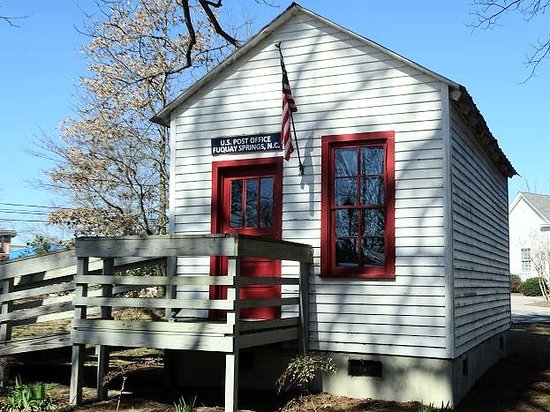 This is one of those small town museums that can turn out to be great or horrible. This one is a definitely worth stopping for.

The main museum is in the old town building that once housed the police and fire. There are artifacts from several aspects of the towns history: trains, tobacco, and the spring. There were also a variety of older items from prominent towns people. And there was the desk one of the mayors was shot at.

Step into a jail cell, check out the newspaper archives or watch a video on the town.

There are several out buildings including an old school house and the post office. Our tour guide did not have a key to the tobacco house.

And they will tell you why the community has the name it has and how you are supposed to pronounce it. Pronunciation of the town name was something we had wondered about. 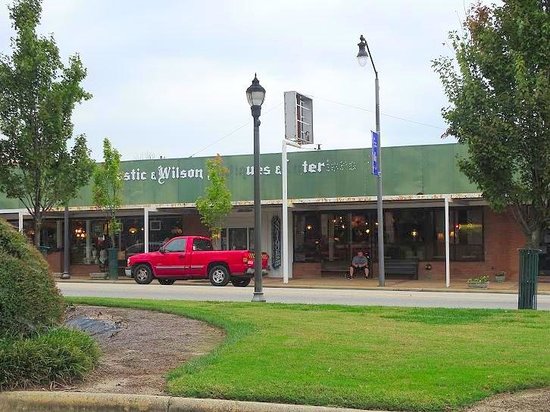 We used to go there a lot but never again. My friends/family know I go antiquing all the time so I keep a list on things they may be looking for. When I see something they may like I always snap a picture to send to them. I've never had problems doing this until we went to this place. The lady sitting in a chair at the front of the store could not have been nicer. I'm sure she saw the camera around my neck (and nothing was said). There was a young man (probably her son because it's a family run place) followed us all over the store. If we stopped and looked at him he would pretend to be straightening up a display or something. A pet peeve of mine is to be followed around. Then I saw a booth full of antique clocks.....just what my sister-in-law is looking for. I snapped a picture of them and before I could put the camera down this young man was telling me I could not take pictures in the store (and not in a very nice manner either). He didn't give me a chance to explain the reason why I took the picture so I turned to my husband and said let's just go. We didn't even see half of what was there. Needless to say I did not tell my sister-in-law about all the clocks.