What to do and see in Castelfiorentino, Italy: The Best Places and Tips

Castelfiorentino is a town and comune (municipality) in the Province of Florence in the Italian region Tuscany, halfway between Florence(45km), Pisa(50km) and Siena (55km). The population is approximately 20,000 inhabitants. It is part of Valley of Elsa. Castelfiorentino borders the following municipalities: Certaldo, Empoli, Gambassi Terme, Montaione, Montespertoli and San Miniato.
Restaurants in Castelfiorentino 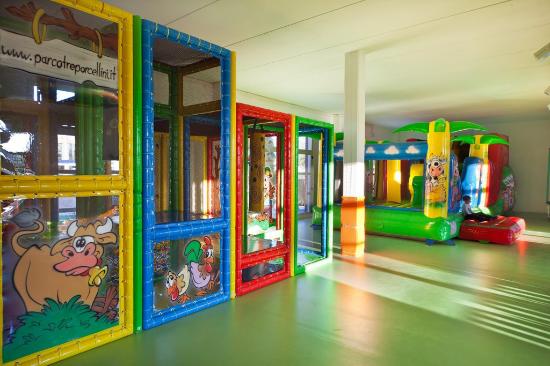 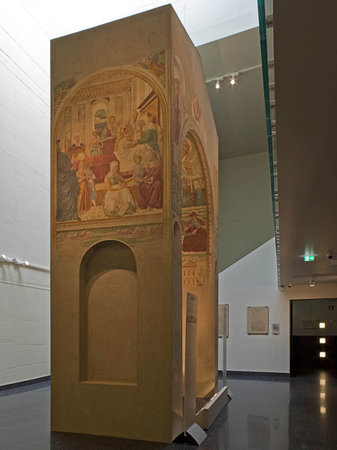 In Florence often you hear the popular saying Nella botte piccola c’è il vino buono, that invites to pay attention to things apparently not very valuable since they may hide in fact great qualities. The equivalent English idiom may be Good things come in small packages. This is the case of a recently (2009) opened 400 m2 museum situated in Castelfiorentino, Florence, the BEGO Museum, devoted to Benozzo Gozzoli’s frescoes and built by Tuscany based Arch. Massimo Mariani.
Born in Scandicci, Florence in 1420, Benozzo Gozzoli is best known for his Journey of the Magi to Bethlehem fresco, in Palazzo Medici Riccardi’s Magi Chapel, with beautifully framed portraits –including members of the Medici family and himself, in a remarkable self-portrait, angels, animals and landscapes. Gozzoli also collaborated with Lorenzo Ghiberti on the Battistero di San Giovanni Paradise Doors. However, even though his most important paintings are in museums around the world, such as London’s National Gallery (Virgin and Child with Saints), or Paris’ Musée du Louvre (The Glory of St. Thomas Aquinas), to name a few, the BEGO Museum houses two significant examples of tabernacle decorations: Madonna of the Cough and Madonna of the Visitation.
Quoted by Giorgio Vasari in his The Lives of the Most Excellent Italian Painters, Sculptors, and Architects, from Cimabue to Our Times, Gozzoli’s art is defined attractive because of its sense of what is rich, lively and abundant in the appearances of people and objects. His landscapes, which are crowded with birds and animals, especially dogs, are more varied and alluring than those of any predecessor (…).
An apprentice and collaborator of Frà Beato Angelico, he is recognized for the particular use of bright and festive colors in his temperas and frescos, as well as for being one of the pioneers of the development of linear pespective and other painting techniques dealing with lifelike representations of reality, typical of the Renaissance. But it is in Montefalco (Umbria) that Gozzoli receives his first commission and demonstrates a talent of his own. Here he starts a cycle of paintings that depict episodes of the life of St. Francis, in the apsidal chapel of the Church of St. Francis (1450). Finally, in San Gimignano, not far from Castelfiorentino, he will complete his cycle of frescos decorating the apsidal chapel of the church of St. Augustine (1464-65). Afterwards, Gozzoli receives commissions to decorate two tabernacles in the Valdelsa area: the first one dedicated to the Madonna of the Cough (1484) and the other dedicated to the Madonna of the Visitation (1490-91), both currently housed in Castelfiorentino’s BEGO Museum. The narrative quality of these frescoes, with episodes from the lives of saints, echoes that of Gozzoli’s cycles in Umbria and Florence. For more information about the BEGO Museum, please visit www.museobenozzogozzoli.it. Castelfiorentino can be easily reached by car or train. From the Santa Maria Novella train station take direct trains on the Florence – Siena line, departing every hour, an opportunity to watch the lovely Tuscan landscape.
Museum Hours:
Mondays and Fridays 9.00-13.00
Tuesdays and Thursdays 16.00-19.00
Saturdays and Sundays 10.00-12.00 / 16.00-19.00
Closed on Wednesdays
Tel: (39) 0571/64448
Mail: [email protected]
Admission € 3.00 - Discount ticket €2.00
Joint ticket with the Santa Verdiana Museum € 4.00 discount € 3.00
Joint ticket with the Museum System of Valdelsa Fiorentina: € 10.00 discount € 8.00 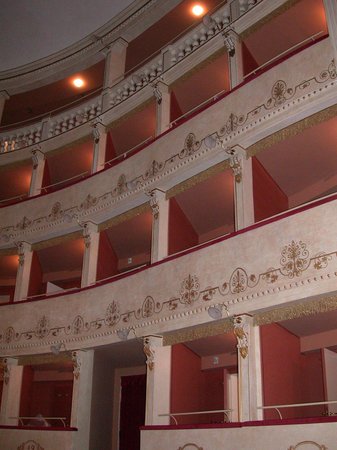 My family rented a villa this July that was walking distance to Castello Oliveto. On a whim, we decided to go there and see if we could sneak in a tour and wine tasting. Upon arriving, we noticed by the flyers near the office/gift shop that they only do tours and tastings on Tuesdays and Thursday during certain times, and preferably by reservation only. We were about 2 hours too early. Disappointed and wondering if we might be able to return later or another day, we were approached by a very nice woman who worked in the office and she offered us a tour on the spot. We were very pleasantly surprised that she would acquiesce to our needs and operate outside the normal parameters of how they conduct tours and tastings. She gave our group of 4 a short tour of the castle, brief history of the property, and then more importantly, on to the wine tastings. We sampled 5 wines, 2 grappa, and 1 dessert wine. We were given bread, salami, and cheese as well as their very own olive oil to soak up with the bread. We finished out tasting and decided to buy as many bottles of our favorites as our luggage would carry. Everything was absolutely spectacular and some of the best we tasted all week. She even gave us an additional free glass of our choosing to enjoy on the veranda overlooking the valley before we left. I don't recall her name, but I was so thankful that she was so accommodating. The fee for the tour and tasting was very reasonable at $15 euro.
The castle itself is gorgeous for special occasions, although there are no lodgings there, you will need to find some elsewhere. When I eventually make it back to Tuscany, I will absolutely make a special trip to return here to get wine and olive oil! 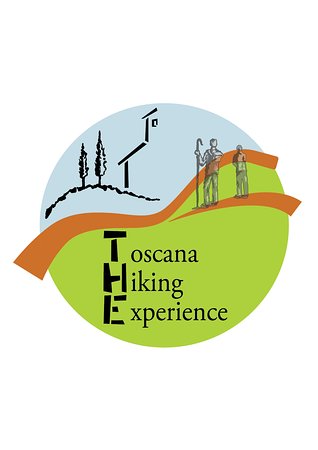 TOSCANA HIKING EXPERIENCE is a new reality, born from the great, shared passion for nature, environment, outdoor lifestyle and hiking. Our aim is to spread the culture of walking and movement, to raise people’s awareness towards a healthy and environment-friendly life, rediscovering the beauties of our land that too often remain unknown. We are regurarly authorized by the Regione Toscana according to L.R. n. 42/2000.

Lovely hike led by Erika. Beautiful scenery and Erika shared her excellent knowledge of the area, including the local plants and the history of Castelviccio..Very well organised and Ericka!s English was very good.Dear Eleanor, it's been a pleasure to lead you discovering my land. I hope you will come back home with a good memory of San Gimignano! Thank you! Erica 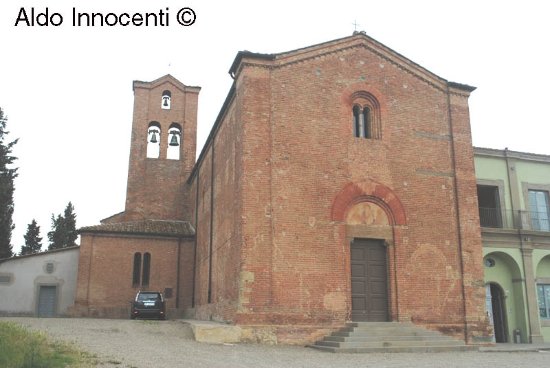 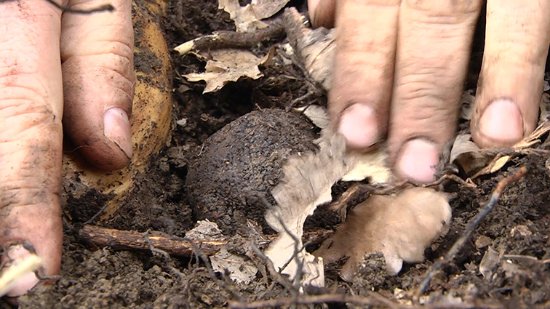 With this experience,we give guests the opportunity to learn about the mystery of the truffle world.The search in the woods of the Crete Senesi and S.Miniato,with the smells of the soil, impregnated with the scent of the truffle, passing through the "Strada del Tartufo",where you can see the tools and the photos of the research in the past,up to the taste,through a lunch based on truffles. 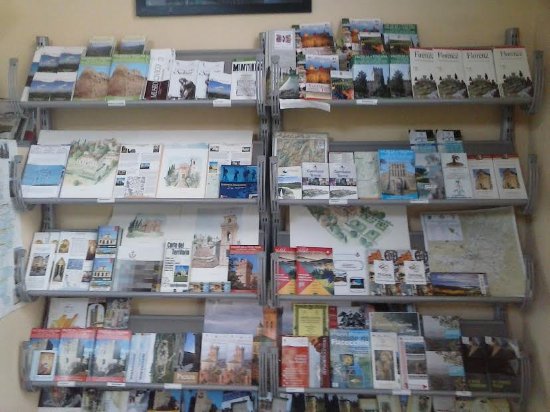