Top Things to do in Brown Deer

What to do and see in Brown Deer, United States: The Best Places and Tips

Brown Deer is a village in Milwaukee County, Wisconsin, United States. As a suburb of Milwaukee, it is part of the Milwaukee metropolitan area. The population was 11,999 at the 2010 census.
Restaurants in Brown Deer 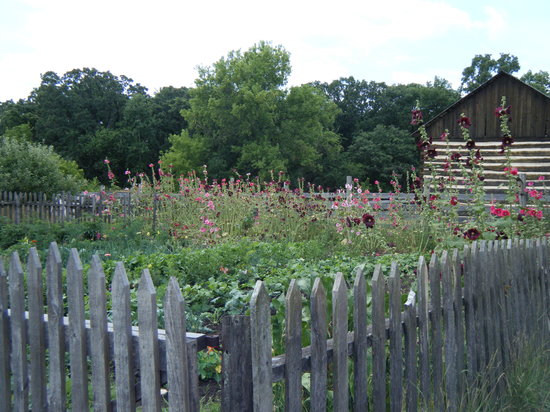 Old World Wisconsin is a fun way to experience the lives of immigrants to the Midwest in the late 1800s/early 1900s. Visit one of the ten working farmsteads and chat with the farmer or farm wife. Gather eggs, help in the kitchen or wood shop at the new "Life on the Farm" experience at the Koepsell Farm. Check out the 12 heirloom gardens and heritage breeds of chickens, pigs, sheep, cows, horses and oxen. Wander from farmstead to farmstead on foot or hop a tram--at a little under 600 acres you'll want to plan on at least half a day to explore everything. You can enjoy a snack or a light meal at the Clausing Barn Cafe. Old World Wisconsin is also a special place for a one-of-a-kind wedding, meeting or reunion. Or, learn even more about 19th-century life at a special workshop, day camp or school tour.

Visiting Old World Wisconsin the first weekend of December, with the delightfully cooperative weather, was a good experience. Each of the authentic homes and businesses had docents reenacting the historical period in dress and attitude. Wandering the grounds were several "Christmas" related figures from several...MoreThank you for your review of An Old World Christmas These gardens, located in Whitnall Park, offer an outstanding variety of plants and flowers including significant collections of roses and perennials.

Visiting the spectacular China Lights exhibit was worth dealing with the throngs of eager attendees who also marveled at the creative display of clever and historically inspired scenes. There is signage to describe each area, but the downloadable app allowed more detail. There were dance and martial arts performers and music adding to the feel of the experience. Parking in remote lots was aided by shuttle bus transport. I would suggest that at the entrance gate that there could be separate lines for persons who had prepaid vouchers. All in all a delightful evening. 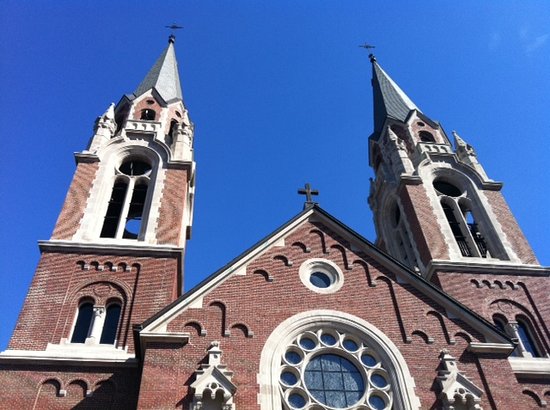 This shrine sits atop a 1,350 foot tall hill, offering panoramic views of the surrounding area.

Lovely church with great views. The best part is that it's free. One thing I didn't like was all the unwelcoming signs, like be silent and dress appropriately. Other than that, it's nice. 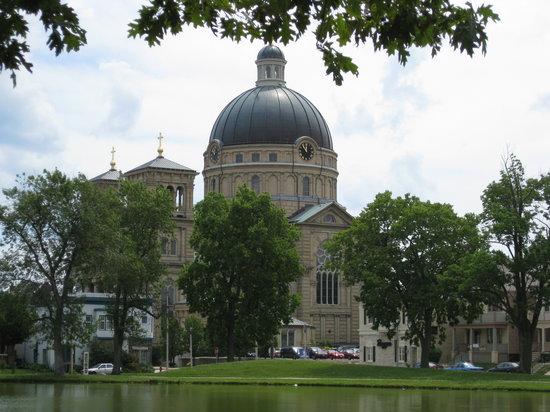 The Basilica of St. Josaphat is a ministry of the Conventual Franciscans on the South Side of Milwaukee in Historic Lincoln Village. The Basilica is a Franciscan center for prayer and spirituality, inspiration and beauty. It is home to a vibrant Roman Catholic parish and remains a testament to the faith of the Polish immigrants that created it. We invite you to join us for a visit, a tour, for worship or in prayer.

Its the gem of Milwaukee. its in a rough area of town, what appeared to be a hooker outside. lock your car doors hold your kids hands. the staff were nice. 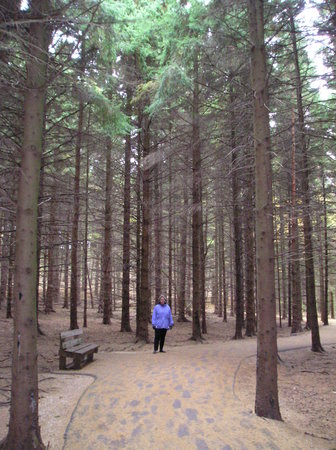 My husband and I hiked for about two hours here in Fall on a weekday. It was a beautiful day, and we enjoyed the more difficult trails. The trails were not busy at all, which was really nice.

There are signs everywhere that people need to have their dogs on leashes, but we encountered a number of people hiking with their dogs not on a leash.

I would definitely recommend coming here! 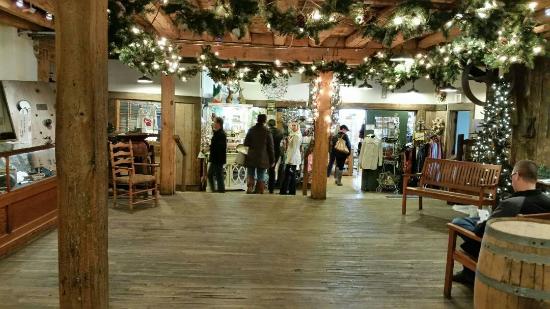 I have been going to this winery for years and they have the best wine. They offer wine tasting, up to four wines complementary, after that there is a cost. Their selection is very nice and the prices can’t be beat. They do offer a discount of 10% if you buy a case. The Cranberry Blush is one of my favorites. They also do tours, and the staff is very knowledgeable and very nice. The shop offers unique wine accessories. 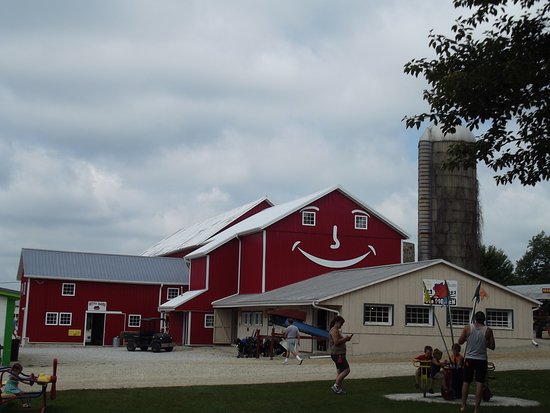 I have friends outside of Milwaukee, and when I saw the Groupon, I thought this could be a fun activity for us. I have to admit, I thought the tickets were a bit pricey and was happy to have found a coupon.

We went last weekend and I was amazed at how much there is to do! We brought a picnic lunch. (They have tables - in the shade - but we decided to plunk down on our blankets.) A pony ride was included with admission, and I really like that the ponies were led around the circle (as opposed to those harness things at the fair that don't even let them turn their heads). There were several playgrounds, lots of different playground types of equipment, silos that were now sand pits, a hay ride, a wagon ride, and then all of the animals. The pot-bellied pigs, sheep, donkeys, chickens, turkeys, llama, pigs, goats (and I suspect I'm forgetting a couple) were in pens that you could actually enter. Squeak got to hold chickens! (She was much more excited about this than I was.)

We started with the pony ride, then hit a couple play areas (one with bouncy balls, a pallet maze, a giant slide made of tractor tires), then scoped out the baby ducks, took a wagon ride, climbed around on a tractor, played on tire swings, took a hay ride, climbed ALL over the old fire truck, played on another play structure, mauled the goats, chickens, pot bellied pigs, sheep, donkeys, milked a cow (thanks, buttons!), watched the goat run (they open the goat pen and you can run with the goats to their night time home), went back to the fire engine, and finally, found our way to the music cart - where they have boxes of drum sticks and you can just beat the snot out of barrels, tanks, muffin tins, other random metal, plastic, and wood objects.

I also loved that there were hand washing stations all over the place.

It was a fantastic day, we had a wonderful time, and we will definitely be back! 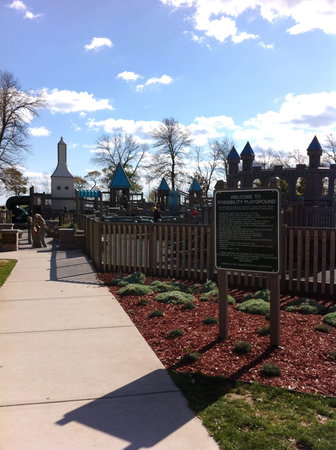 Beautiful well planed playground even has padded flooring to assure there are few scuffs and scrapes. Not just jungle gyms and swings but areas that look like ships and lighthouses for children to let their imagination go wild.There are even benches where parents can watch their kids.Entrances and exits are limited so kids can't run off. Other cities should copy this facility! 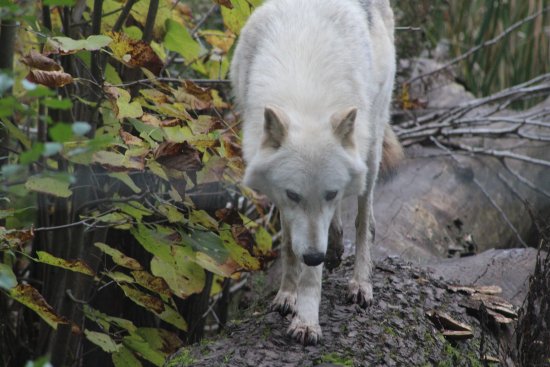 Very relaxing place to see animals and get some fresh air. Are able to feed the animals and see all kinds of wildlife. 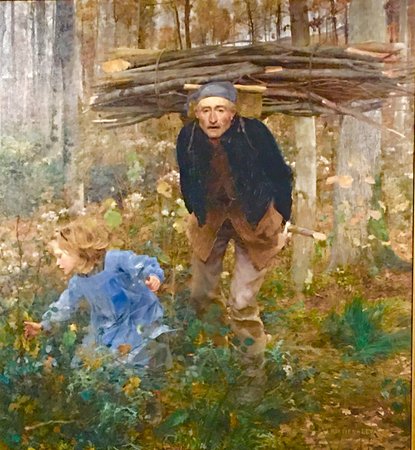 The building itself is a work of art, especially since it's perched right on the lake shore of Lake Michigan! Visiting would be enjoyable just walking around the grounds! But then you have the added experience of going into the art museum! What a wonderful way to spend a day!!