Top Things to do in Asmara

What to do and see in Asmara, Eritrea: The Best Places and Tips

Asmara (Tigrinya: ኣስመራ) known locally as Asmera (meaning "They [feminine plural] made them unite" in Tigrinya), is the capital city and largest settlement in Eritrea. Home to a population of just over 800,000 inhabitants, it sits at an elevation of 2,325 metres (7,628 ft), the sixth highest capital in the world by altitude. The city is located at the tip of an escarpment that is both the northwestern edge of the Eritrean highlands and the Great Rift Valley in neighbouring Ethiopia. In 2017, the city was declared as a UNESCO World Heritage Site.
Restaurants in Asmara 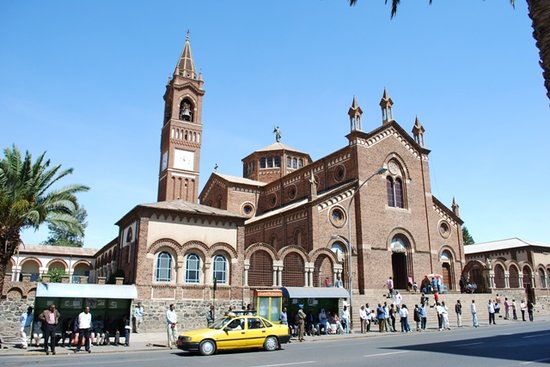 With a bell tower that reaches high into the sky, the Cathedral of Asmara is a sterling piece of Lombard-Romanesque architecture and a useful bearing point for lost travelers.

good place for relax, good example of architecture. I went on sunday during a mass, it was amazing. Very recommended. 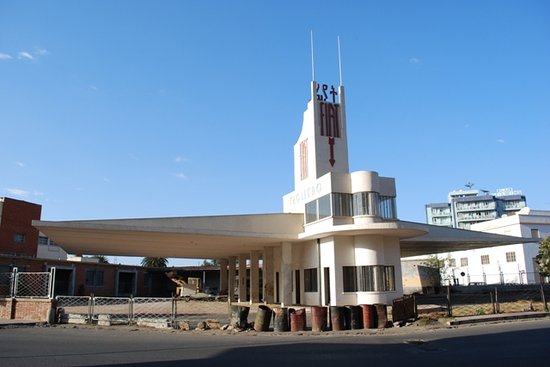 Incredible architecture and futuristic style considering it is almost 80 years old! It looks like an airplane! It is currently fenced up, a few decrepit cars parked inside, and a sign saying that it is under refurbishment although there is no visible works in progress. Apparently it was restored in 2003 but it is not easy to see much signs of this. 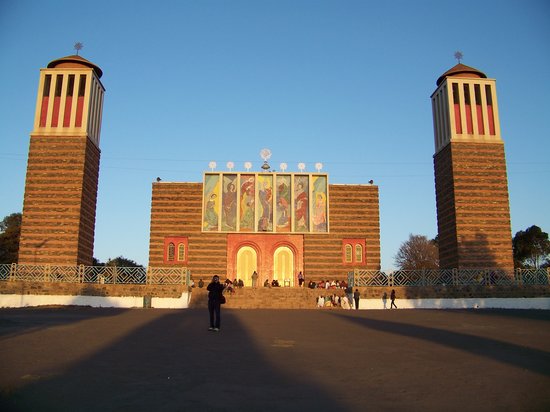 A worthwhile destination during a stroll in central downtown Asmara that is beautiful at any time during the day. Very spacious piazza. 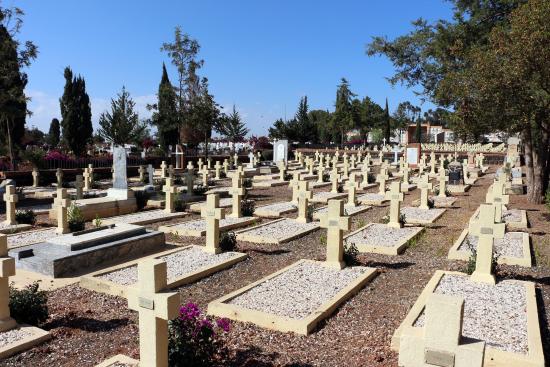 This is not a usual tourist site but the historic Italian cemetery is really a must for anyone who wants to understand the lasting importance of the Italian presence in East Africa. The tombstones and crypts are magnificent and the cemetery also contains numerous Italian war graves, which also provides a sense of the great sacrifices made by Italy to acquire and preserve this colony. The statues, many of which were carved in Eritrea, are remarkable. 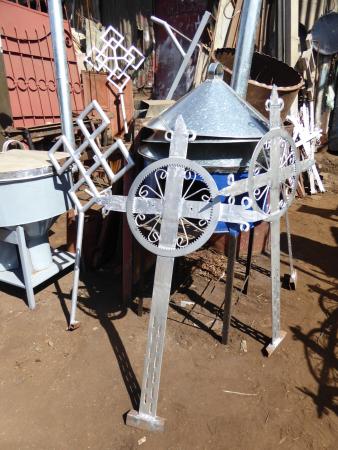 This enormous area is occupied by hundreds of small workshops with people all busily engaged in recycling old metal (cans, barrels and so on) and anything else that we in the West would simply class as rubbish. Cutting, hammering and welding create small charcoal-burner stoves, furniture, wheelbarrows, beds, containers, kitchen equipment - a host of useful items. It's a remarkable place and a testament to both the pressures of poverty and a vision of sustainable resources that is inspiring. 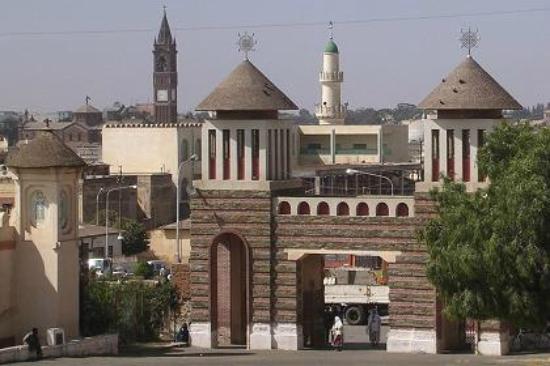 Again only viewed from outside but a nice photo opportunity and a prominent edifice in Asmara which boasts few taller structures. Worth a wee trip to see, we'd sadly no time to go in. 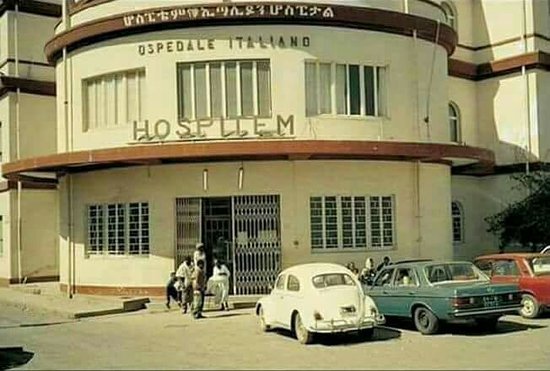 You should not leave Asmara without spending a leisurely time in include this historic theatre and great coffee shop. Sip gingerly whatever you like but include their soecial Caffè Roma. 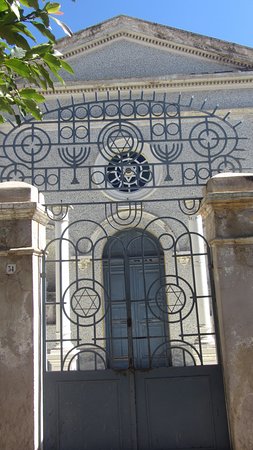 Overshadowed by the city's larger Christian and Muslim structures, the Synagogue of Asmara is a beautiful religious building in its own right.

Eritreans are very tolerant and respect all religious facilities. This building is a wonderful testament to the contributions of the Jewish community in Eritrea. 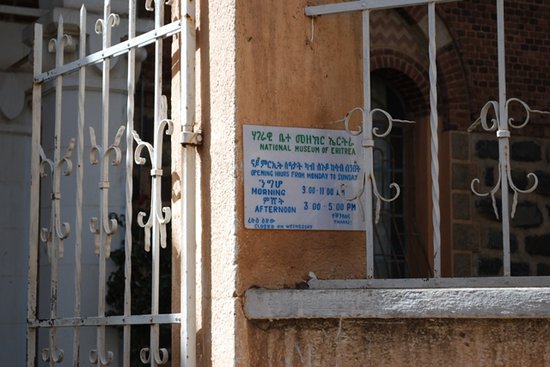 Exhibitions include scrolls, inscribed tombstones and artifacts retrieved from excavations.

The museum is a sad introduction to Eritrea. Upon entering, you encounter a quiet (surly?) attendant who has you sign in. The displays of cultural items are poorly labeled and not explained well. The archaeology artefacts are also badly displayed, and the exhibit of fauna of Eritrea is pathetic. Overall, this is such a depressing and confusing experience, it is better to avoid it than risk such deep disappointment. Those who run the place should be ashamed. 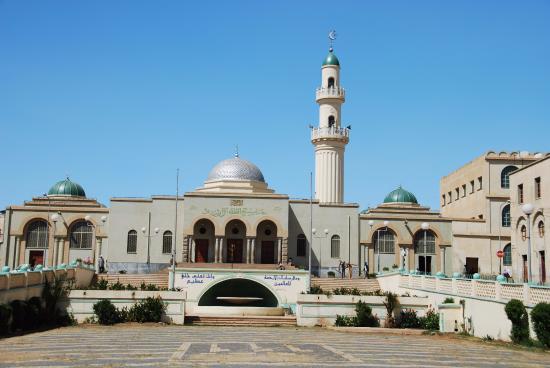 Easily one of the most important religious sites in Eritrea, the Al Khulafa Al Rashiudin Mosque is located near Asmara's covered markets and lies at the head of a large square.

We visited the mosque many a times when I was in Asmara in UN Mission. It was well maintained. It had all the facilities a mosque should have. The location was near the main city market. I visited there in 2007 and 2008.