What to do and see in American Canyon, United States: The Best Places and Tips

American Canyon (previously known as Napa Junction) is a city located in southern Napa County, California, 35 miles (56 km) northeast of San Francisco in the San Francisco Bay Area. The 2010 census reported the city's population at 19,454. Its ZIP Code is 94503, and its area code is 707. It is in the Pacific Time time zone and observes Daylight-Saving Time. The city was incorporated in 1992.
Restaurants in American Canyon 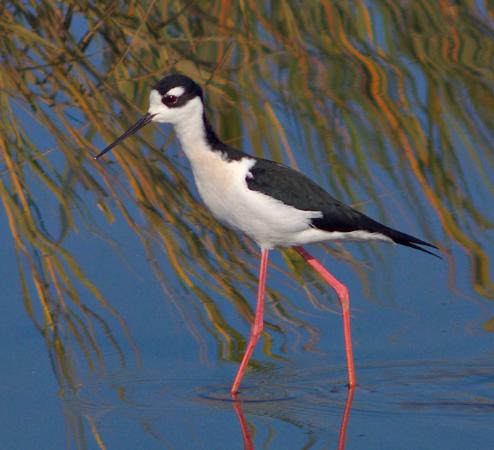 I run on this trail and the View is Excellent, You can see for Miles and sometimes you see Deer, rabbits, snakes and birds. very peaceful with View of the Napa River. Very Scenic. 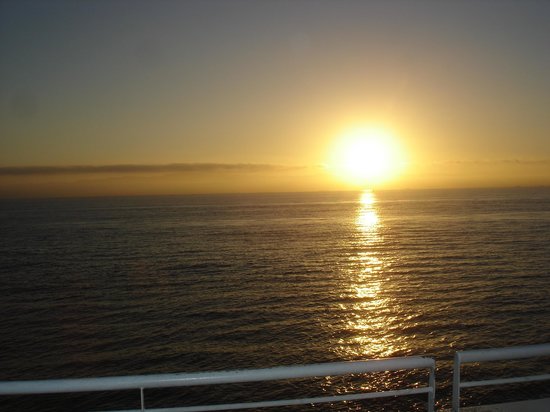 Park $, then my Senior clipper card makes it easy to Ferry Building, then the street car works for me. From Benicia it is 7 Miles and no bridge versus bart. I like it, coming back the line wraps around the ferry Building, 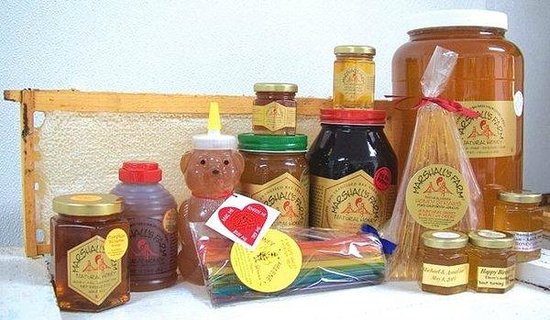 This is a honey farm that also grows some u-pick vegetables. There's a dome where school kids come and learn about honeybees. There's a little outdoor spot where you can sample about 20 different wild honeys from wildflower fields and mountains around the bay area. If you are brave, you can go in the honey room where they can pour you a jar of honey in your favorite flavor. There are always a few bees flying around in the honey room, although in the half-dozen times I've been there the bees have never landed on anyone. You can also stay outside the honey room and ask the staff to bring your jar of honey out to you.

This place costs almost as much as a worthwhile theme park without the benefit of the atmosphere. It was my daughter's first theme park and one of the attendants was very good to her but not much else was positive. She had an accident and we were not close to a bathroom and it was very difficult to get a few paper towels when an iced drink was spilled in her stroller. It felt like all but a couple of the rides we could go on together were broken (you can only do the spinning boat ride so many times) and not much shade. By the end I was willing to pay any price to sit in air conditioning and eat but the indoor dining was hotter than outside. Ended up paying $53 for two old burgers, soggy fries, six onion rings, and weak drinks. Bought our tickets online and still spent $140 at the park for a mostly frustrating day. Next time I'll save my money for Disneyland and Knotts Berry Farm. 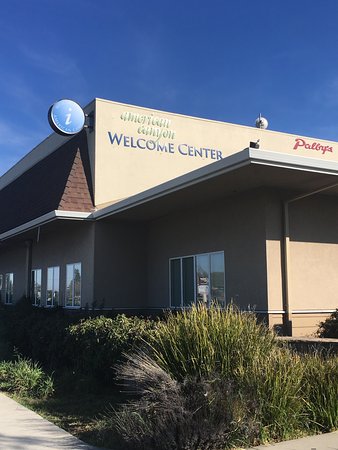 This place has great maps and information on Napa and surrounding areas. Would recommend to get information to plan your stay here in Napa Valley 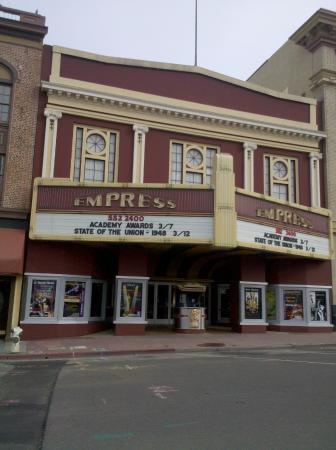 Venues that played at the Empress in the last year included acrobats, independent films, singers, tribute bands, etc. There is plenty of parking and the venue is handicap accessible. The theater has about 100 seats on the main floor and possibly 200 seats in the balcony. The first 8-10 rows in the balcony have good leg room; the remainder of the balcony seats are fine if you have short legs. All seats have good visibility. It is a historic building but it has air conditioning. 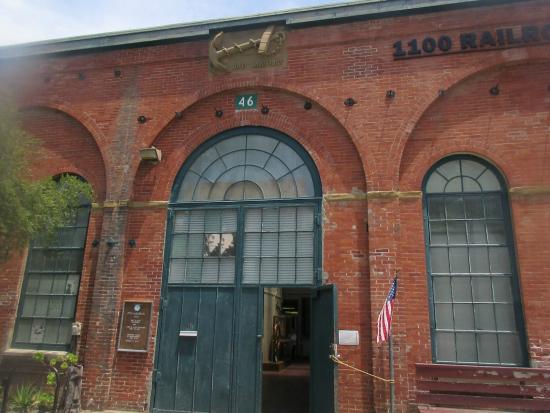 Mare Island was the first Naval Base on the West Coast,opening in 1854. Beatiful Historic properties with National Landmark Status. Museum building opened in 1855. 2-Mansions in 1900, and 1901 Chapel with the most Tiffany Stained Glass in the West. Properties available for Tours, Weddings,and many types of special events, such as Memorials, Funerals & Concerts.The properties are managed by the Mare Island Historic Park Foundation. (A non-profit established in 1995)

I was stationed at the Naval Training Center at Mare Island 1969-1970. The shipyard was considered off limits to us at that time so I was intrigued to learn that there was a museum. If you are into naval history this is a must stop. I expected a small place with a bunch of pictures hanging on the wall and a volunteer asking for money. There are pictures on the walls and the volunteer will not turn down a donation but there is much much more to this museum. There are several maps and models showing the evolution of the shipyard. On one of the models, I was able to find the guardhouse where I stood mid watch on cold winter nights. We spent an hour wandering around looking at all kinds of interesting artifacts. I was a cruiser sailor so submarines were unknown territory to me. The docent took me to the plaque of the second ship to be named USS Chicago. It was constructed at the shipyard in the 1930s and sunk in WWII. (I served on the fourth USS Chicago.) The periscope is fascinating even though I am a bit too tall to really enjoy it. I am a sucker for a gift shop. I purchase a Mare Island plaque to add to my Navy collection and ordered two USS Guitaro plaques (before and after she sank in the shipyard) and a plaque of the USS Long Beach. All in all a very enjoyable visit. If you are a navy buff be prepared to spend at least an hour in this museum. 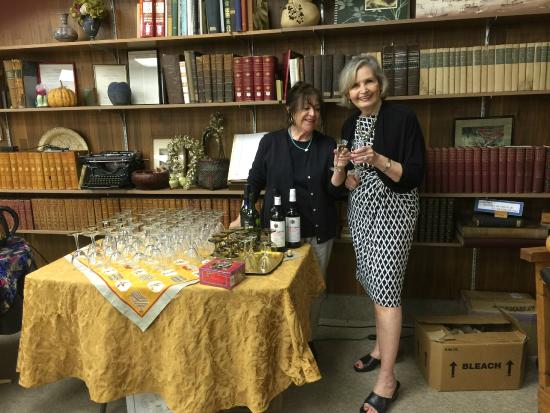 Welcome to a world of rare and beautiful books. The McCune collection is eclectic and engaging spanning over five centuries of fine printing. Our magnificent incunabula, dating back to the mid-15th Century, have been admired by bibliophiles, scholars, and graphic artists from around the world. Our Californiana includes an extraordinary archive of Henry Evans portfolios of native flora and fauna. Our ephemera include several decades of graphic design journals. Come experience these rarities, plus hundreds of antiquarian volumes and 20th century books, prints, and ephemera in an intimate setting. HOURS of OPERATION Volunteer docents open the Collection to the public at these times: 2-4pm on 1st & 3rd Tuesdays of each month 12-2pm on 1st & 3rd Saturdays of each month 5-9pm on the 2nd Friday of each month for Vallejo's Art Walk Appointments upon request when possible, please call or email to arrange. The McCune is in the lower-level of the JFK Library Bldg at the corner of Santa Clara & Georgia Streets - directly across from the ferry terminal.

The McCune Collections has been added to Vallejo Friday Night Art Walk (second Friday of the month) and appears to be the starting point from the western side of Vallejo. The artists set up in the foyer of the collection. Thus far there has been Ben Brookshire's recycled book art in April and Jean Cherie's sculptures in May and her life journey in June with others added every month. While the art is exhibited, the collection of books is also open for exploration. I was able to see a collection of over 100 pop-up books that were just recently added. A lot of work goes into making spectacular pop-up books. The nights I have been there the parking was easy, the admittance free, and refreshments were served. Thus far it has never been crowded so I had time to look around. After that I walked down Georgia Street to look at the other art displays. A handy map of the art walk can be found at http://www.vallejoartwalk.com/vallejoartwalk/map.html . It appears that over 35 businesses are involved in this art walk. 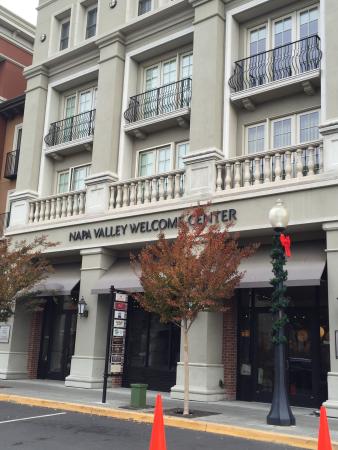 I went for a walk in the Riverfront area of Napa. In this area is the Napa Valley Welcome Center. Its a nice center for information on Napa. Staff is friendly and helpful. 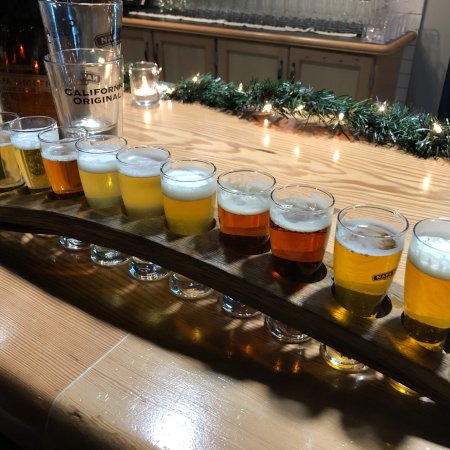 Nice tasting room with plenty of room. The tasting was fun. All the wood in the bar& tables was recycled from Mare Island! Beautiful! They had a band Saturday afternoon we visited. BBQ truck outside, but they should consider having food.