Werfenweng in Austria, from Europe region, is best know for Reservations. Discover best restaurants in Werfenweng with beautiful photos and great reviews from traveller around the world here!
Things to do in Werfenweng 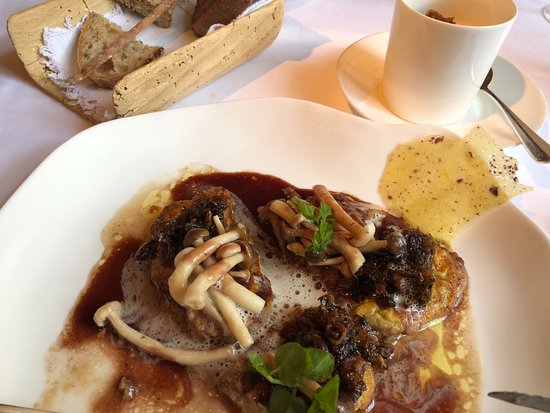 In the opinion of many gourmets the brothers Karl and Rudi Obauer are the most successful in the country. Every year their restaurant achieves the highest nominations by national and international gourmet guides.

In Werfen, nestled below the wonderful fortress Hohenwerfen, is Restaurant Obauer. I write this review on the balcony of my hotel room, gazing at the lighted castle and the dark outline of the rock-walled Alps against the dark blue early-night sky. I visited here nearly two decades ago for my first Michelin two-star meal. At that time I could speak no German, couldn't translate the menu, so just told the chef what I didn't want to eat and asked him design our meal and wine-pairings. It was the most marvelous and interesting meal I'd ever had up to that point of my life. Also the most expensive! Now many years later, I decided to return to see if my impressions would have changed after many intervening and more expensive culinary adventures.
I visited Obauer on two consecutive nights. The first night I had the suggested 6 course menu, but requested no organ meats and a selection of sorbets and ices rather than the featured dessert. No problem. After a set of bite-sized gifts from the chef, each tasty, and a variety of house-made breads, I enjoyed the sea bass appetizer and the second salmon, trout and crab dish, although they were a bit underseasoned for my taste. The pig cheek dish was tasty, followed by a granita of cucumber or something similar, with apple foam. The main entree, the deer filet, something I was a bit leery of, was tender and tasty with a sauce that was absolutely delicious. Course five wasn't my favorite, but then I wanted to save room for the finale - a selection of 3 ice creams and 3 sorbets. I opted for blueberry, strawberry and banana-kiwi sorbet (tasty though a rather unappetizing color) and white asparagus ice cream. All in all a delightful meal, accompanied by a succession of 3 wines throughout the experience as well as a champagne-rose syrup aperitif to start the evening.
The next night I originally planned to repeat 3 of the courses along with 3 new ones, but the chef persuaded me to try all new courses (except the sorbets and ices). Thank you, Chef Obauer! My favorite courses were the 3 new ones, each of which was exceptionally well-seasoned. (My only minor dissatisfaction with night one was I prefer a bit bolder seasoning.) I loved the perch appetizer, primarily because of the bed of vegetables and delicious broth it rested on. The trout strudel and mushroom mince accompaniment was absolutely divine, again with a marvelously seasoned broth. The veal also was delicious. I enjoyed the second meal even more than the first.
So often when one revisits the place of a fond memory, the reality doesn't match the recollection. At Obauer the excellent food and the attentive staff were indeed as good as I remembered, despite visiting many excellent and highly-rated restaurants in the interim. If you want a peaceful, delightful place to dine or stay only about 30 minutes from Salzburg, consider Obauer and Werfen. we passed Bischofshofen and had the pleasure to stay 3 days/2 nights in the hotel/restaurant Bürglhöh.
the rooms are great, really nice, and the owners Maria and Sigi do everything to make you feel nicely. then, the top thing is, you just go down the stairs and enter the restaurant Brüglhöh, also managed by Maria and Sigi: GREAT! never had such a choice of excellent (all home-made) dishes, really great! also the wine-card is worth to be seen.
great Maria an Sigi, they really make the place worth to go there, and, eat and drink a lot.... great!
we will be back! 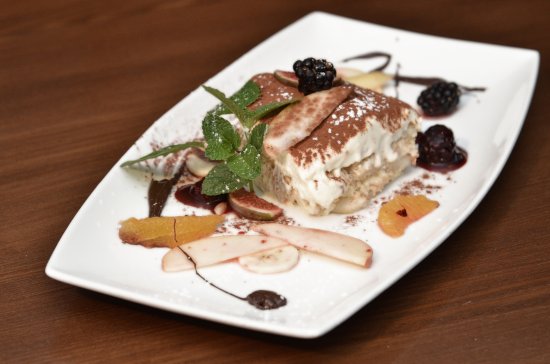 Bischofshofen's best kept secret.
A little wine bar tucked away in a side street, and if you find it, you'll be in for a treat !
A real cosy, buzzing, vibrant place to come & eat or just for drink.
From steaks to lasagne, a range of different dishes for all budgets and tastes.
We have been going to Ortners now over the past 4 years, and never disappoints. If you want to sample some of their delights, it might be advisable to book in advance, to avoid disappointment.
The staff are efficient and friendly. The food is fresh and really tasty. But if you 'd just want to hang out for a drink or two, it has a real vibrant atmosphere.
We are going back to this part of Austria in September, Ortners we shall return!!! 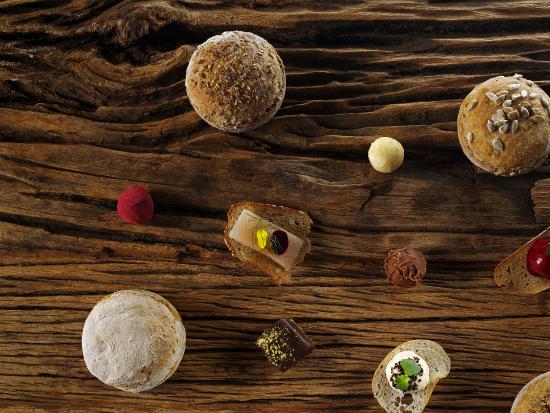 Reviewed By Jozef1971 - Kerk-Avezaath, The Netherlands

This ia a very nice reataurant which was really close to our appartment. Thy have a great starters buffet, The staff is very helpfull the even arranged a small surprise for our kids.(see picture) 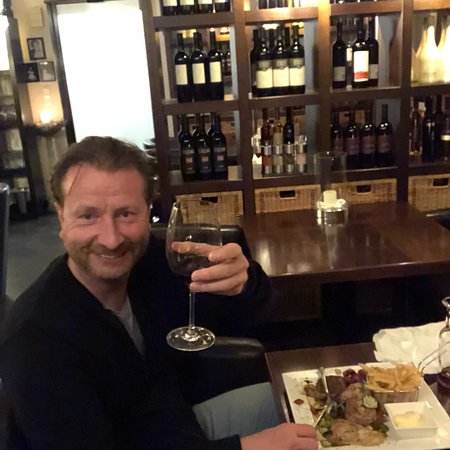 K2 Cafe Restaurant is a small pleasure Restaurant with fresh and light kitchen and an english menu. For Kids we have a Play ground with lot of toys and DVD&apos;s. At Weekends we offer B&apos;fast from 9:00 AM to 12:00 AM.

K2 is an exellent stop for eat in St. Martin. During our last holiday we've eat hear two times, and everything was more than ok. The portions were really lavish, the second time we had to order one portion on two plates, because we couldn't...MoreThank you, it was a pleasure to have you hear at the K2 Cafe Restaurant in St. Martin. Best regards Mario 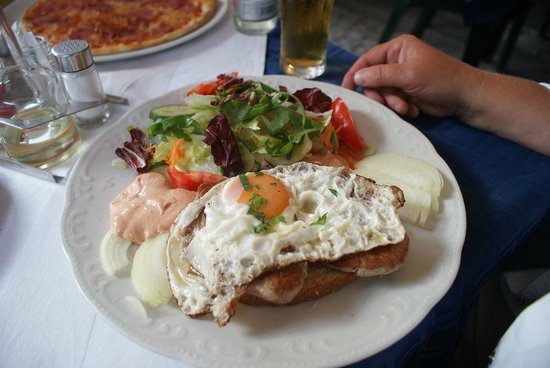 I ordered schnitzel thinking that I would get mash potato and maybe sauerkraut, but no all I got was French fries with the schnitzel, disappointing being in Austria thinking I would get the traditional food.. The schnitzel was good 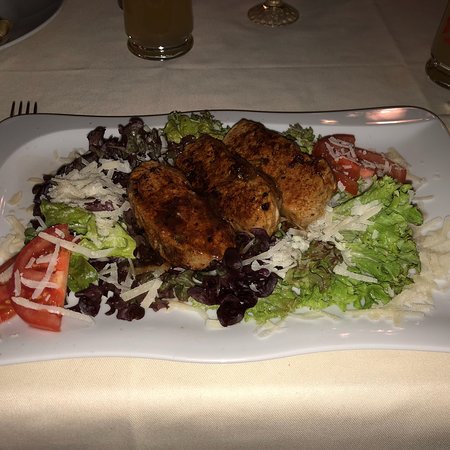 if there is something i don't like in Austria is the break from 12 to 15 and the early closing times for every business. this is not applying to Gasthof Post. i liked the food from there and also the waiter. he had a funny sense of humour. the place is very nice and the prices are fine. 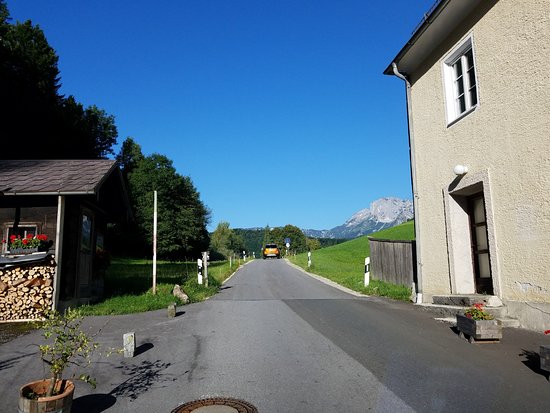 We stopped on our way to the Ice Cave. The prices were quite low which should have told us it would not be great. We ordered grilled sausages and got a couple of hot dogs. The beer was good though and the service fast and we were ready for our hike to the ice caves. 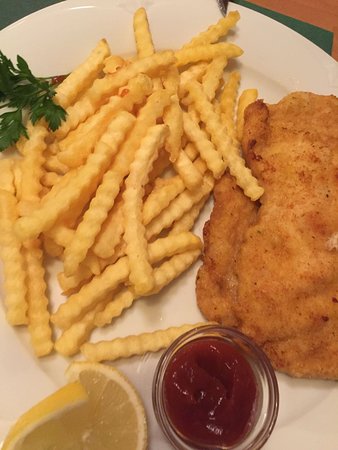 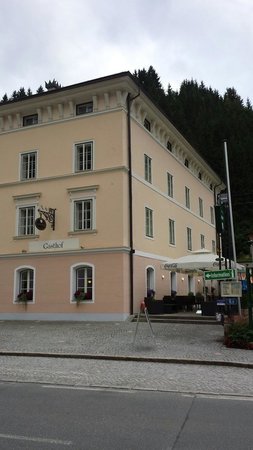