Vila Franca do Campo (Portuguese pronunciation: [ˈvilɐ ˈfɾɐ̃kɐ ðu ˈkɐ̃pu]) is a town and municipality in the southern part of the island of São Miguel in the Portuguese Autonomous Region of the Azores. The population of the municipality was 11,229 in 2011, in an area of 77.97 km². The town proper, which incorporates the urbanized parishes São Miguel and São Pedro, has 4100 inhabitants.
Things to do in Vila Franca do Campo 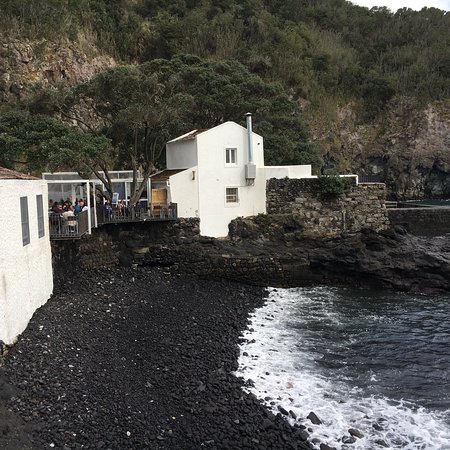 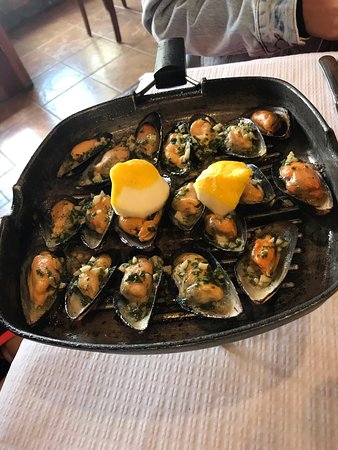 We were a large group (8 in total) so finding a restaurant in short notice was difficult. We called and were accommodated at Universo. The food and service was good, the dishes were all great, but the sides were lacking. Boiled potatoes, carrots and cabbage was a bit disappointing. For the price, I think the sides could have been more interesting. The restaurant was clean and very welcoming.

For a restaurant on the marina you would think that fresh food would be very easy to obtain. Sadly, most stuff on menu was frozen. There were only two fresh fish (rock and sword). We ordered the rock fish, which was lacking flavour and was clearly not very fresh. I fought through mine, but my partner gave up on it after 1 bite. Starter of limpets, cooked in a nice garlic sauce, was impossibly rubbery (more so than normal) and became a battle to digest.
Service quite abrupt. Hygiene levels questionable (waiters coughing / sneezing whilst carrying plates etc.)
The writing was on the wall the day earlier when we dropped in for a drink and witnessed a huge public argument between a waitress, her boss and the chef. Almost comical and very theatrical, but quite awkward to be stuck in the middle of.
Location great and there is potential to make restaurant fresh and exciting. However, it is very disappointing currently and very set in its mediocre ways.
Huge need / opportunity for a new restaurant in Vila Franca do Campo that serves local fresh seafood well as other options in the town only marginally better than this one!! 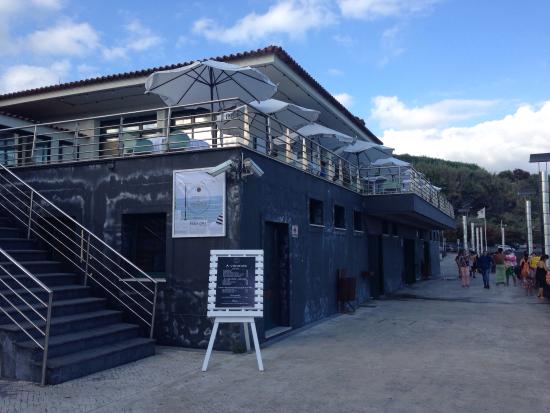 The Restaurant Praia Café ha a wonderful view over the sea. It offers a cozy kitchen with local products and the fish is our house specialty. From June to September you can have our meals and drink one of the ten top gins of the world enjoying the best music from Thursday to Sunday.

This is an amazing restaurant, that combines local ingredients with creative cuisine. Fish and seafood are great. We have been served with all the kindness.
We are swordfish with açafroa sauce-exquisite.
Very good relation quality price.
We really recommend. 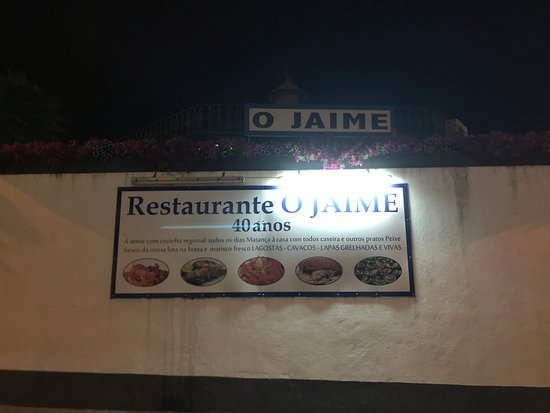 We were staying in Vila Franca, and decided to take a ride into town to look for a place for dinner.
This restaurant is on a Terrace, but fully enclosed, so you feel like you're dining outside among all the beautiful plants and flowers. It's a pretty big place, but the night we were here there were only a few other diners. Later on in our visit, we learned that the restaurant Estrela do Mar, is also owned/run by the same people.
We had the chicharros grelhados, which were served with boiled potatoes and salad, a bottle of Mare Cheia red, and coffee. The fish was so fresh and simply prepared! We really enjoyed this meal.
We paid 45 euros for dinner, which we felt was a little high. Please note that they only take cash!! 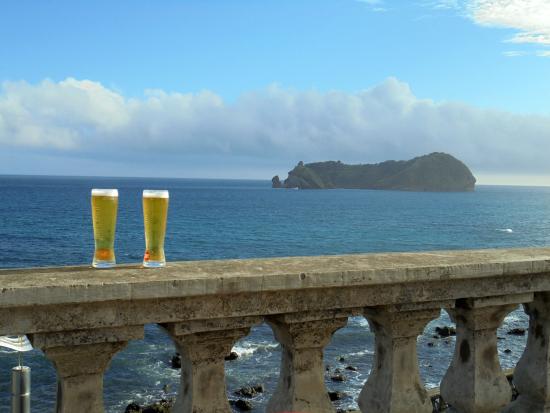 This little place quickly became our favorite spot and we ended up going there 3 evenings for dinner during our stay. The food is good and the view is unbeatable. The funny waiter "Joe" speaks English fluently and was very entertaining. We already miss him. 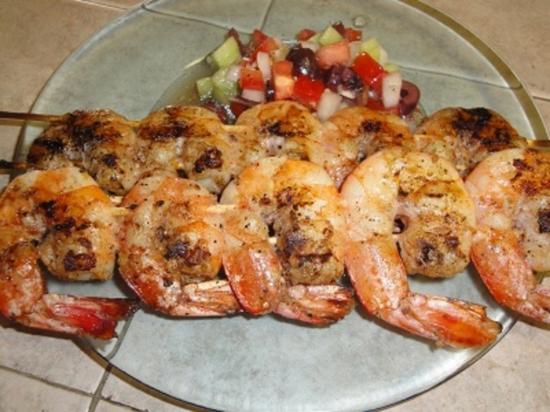 After a long walk up to Lagoa do Fogo, Vila do Campo was the newest town and I stopped at this one because a parking space opened up in front of me.
As a random decision, I found my way to the restaurant area and ordered grilled tuna steaks.
Three things stood out here compared to all the other traditional restaurants I eat in on this trip - This was the only place to include tinned sweetcorn on the plate. It was the only place to boil it's potatoes and serve them as wedges. It was the only salad that wasn't shredded iceberg, half a tomato and a slice of cucumber - It had some pepper!
The last unique thing was that I finished everything, I removed my hiking boots, drank 2 litres of water, sprinkled my grilled tuna steaks with red wine vinegar and loved every mouthful. Perfectly cooked, perfect fish. 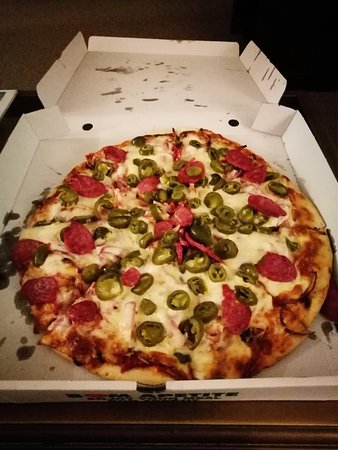 I might be wrong, but the pizza bases tasted as if they were mass-purchased, but the toppings were great, and overall we were delighted to have a change from the traditional local fare.
The owner is really friendly, and as there's nowhere to eat inside you sit outside with the locals. 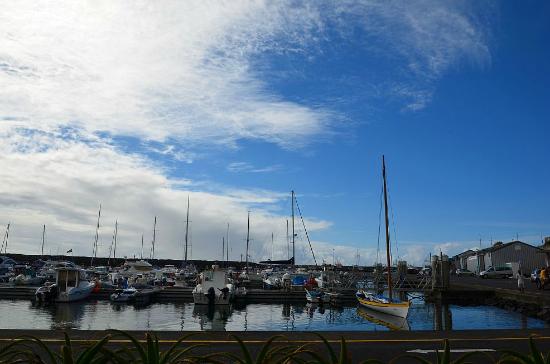 They serve great coffee here and it's an ideal spot to sit and watch for when the ticket stall for the islet boat, opens. There's always a good selection of pastries, croquetas, queijos and those naughty little Portuguese Egg Custard tarts. You can throw your crusts in the water to tempt shoals of mullet to the surface.
We called in both before and after our day out at the Ilheu da Vila Franca. Very helpful staff and a nice clean area. 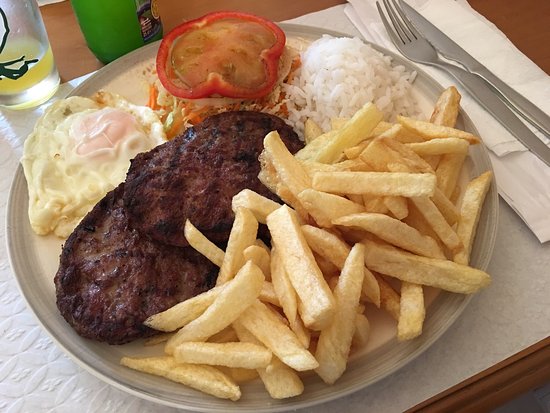 We stayed in Ponta Garca and had a dinner in Scorpio cafe. Very good service, friendly staff, tasty food.