Tuskegee (/tʌsˈkiːɡiː/) is a city in Macon County, Alabama, United States. It was founded and laid out in 1833 by General Thomas Simpson Woodward, a Creek War veteran under Andrew Jackson, and made the county seat that year. It was incorporated in 1843. It is also the largest city in Macon County. At the 2010 census the population was 9,865, down from 11,846 in 2000.
Things to do in Tuskegee

If you're a stickler for fresh, healthy food, then this is about the only place in Tuskegee I recommend. The restaurant is clean and the personnel very professional. 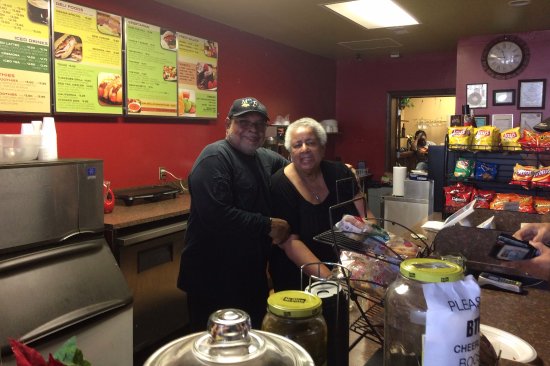 We were on our way to see the Tuskegee Airmen Museum and noticed this little diner just off the main square as we drove through town. We stopped in to get a coffee and tea to go.

Housed in a historic building, it was once one of the original banks in the area. There is a small plaque on the face of the building with some history. Inside is an eclectic mix of local and pop culture, lots of space with comfortable seating.

Staff was friendly and accommodating. Worth a visit.

Just an old-fashioned BBQ joint, located in an old, concrete block gas station. He has a few picnic tables outside under the awning, but not much of a dining area. I keep intending to try something other than the ribs, but I haven't yet. The ribs extremely tender and flavorful and are topped off with generous amounts of his two sauces, one a more traditional sweet, smoke red sauce, the other a tangy mustard-based sauce. Combined they are great. The sides include pineapple cole slaw, baked beans, tater tots, corn on the cob, and a side salad. He also has pork sandwiches, BBQ/rotissery chicken, and fried catfish. Maybe I'll get past the ribs and to the chicken and catfish one of these days. It's a little out of the way, but the place has character and the ribs make it worth the drive. 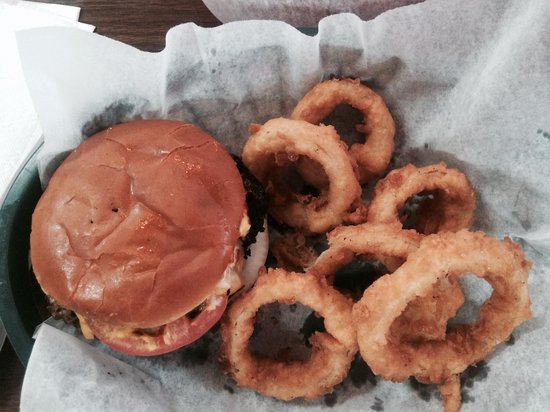 Pros: prices reasonable, meals tasty and filling, coffee plentiful, service friendly. The food on other tables looked and smelled good enough to entice us to stay, despite the overlay of stale cigarette in the air. My adult sons and husband loved their hamburger steaks and burger chili cheese. I opted for all-day breakfast, which was cooked perfectly, according to my wishes: poached eggs with the sausage cooked longer (= less grease) and lightly buttered toast. We all received huge, delicious salads. Also, convenient to I-85 between Montgomery and Columbus.
Cons: noticeable lingering smell from attached smoking room. Apparently, had been recently used with doors kept open between the rooms. I would suggest to management that if someone is in there smoking, they need to close the doors, including for awhile after the smoker leaves.

If you are in Tuskegee, this is the place to eat. The food was fresh and fantastic. You could tell that it was prepared with love.

While traveling, we were a little tired of freeway food. So we wandered off the beaten path and found Old Skool Seafood, quite by accident. We were greeted by the owner,John "Pee Wee" Smith, a former NFL player and Tuskegee native. He told us that Old Skool had opened only the week before we came and that this was his first Sunday opening. We were his first customers and were treated quite well. The food was incredibly good. I had the wild caught, grilled Salmon. My wife had Grouper. We tasted each other's food and had a truly enjoyable, memorable dining experience. The atmosphere is not stuffy or formal and has a great feel. We even got a history lesson while there and discovered that many menu items are named after local heroes. I even met some of the locals who came in for takeout items. They all seemed happy and came in and departed with smiles on their faces. I want to go back soon. 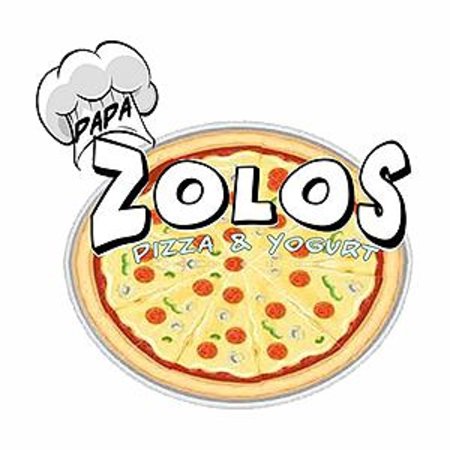 The staff was very friendly, and welcoming when we walked in! The walls are decorated with the guests art work! Very cool! The pizza was wonderful, amazing taste. The fire oven gives the pizza a awesome taste. There dough is really really good! They gave us free bread sticks that were really really good too! There's lots of options besides pizza for those who might want something else. Fair prices! They were very personable! I recommend this place!

The place was great and considering the Conference center sucked at breakfast, I didn't have many choices.

As we drove by, the smoker outside caught my eye. So we pulled in. There was corn bread, smoked bar-b-Que chicken, greens, Lima beans, pork steaks in bacon, and too much home style food to remember it all. And the prices were so good it would not pay to buy it and cook at home. It is a take-out only place. (only problem is that there was no public bathroom to wash off all the BBQ sauce off my chin!)

Felt like a brand new McDonalds. Decorated with current trendy decor. Had the same food, and the free WiFi was plenty fast.