Troy is a city in the U.S. state of New York and the seat of Rensselaer County. The city is located on the western edge of Rensselaer County and on the eastern bank of the Hudson River. Troy has close ties to the nearby cities of Albany and Schenectady, forming a region popularly called the Capital District. The city is one of the three major centers for the Albany Metropolitan Statistical Area (MSA), which has a population of 1,170,483. At the 2010 census, the population of Troy was 50,129. Troy's motto is Ilium fuit. Troja est, which means "Ilium was, Troy is".
Things to do in Troy 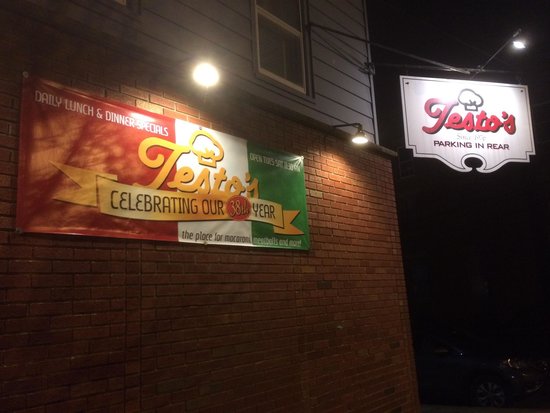 An old time standby. If you crave good, consistent, reasonably priced home style Italian food, this is the place. This isn't fancy gourmet food like Cafe C, but is much better than the big chains like B____'s or C_____'s. Comfort food that is very satisfying and belly filling. They make a yummy sauce. The staff are friendly and attentive. Had a gift certificate from last Christmas to be used at any Clark Hospitality venue. Had used all but $51 of it at Donna's Itaiian Restaurant which was in my neighborhood and to which we could walk, but to our disappointment it closed in the summer. So it was with trepidation that we went to Peck's but so glad we finally did. No doubt it is expensive for Troy ($5 for half loaf of bread, $14 for half roasted cauliflower head), but the food is interesting with varied sauces and jams and the service is outstanding! The music was terrific dance music and we would have loved to have been able to get up and do some East Coast Swing and even West Coast, but it was definitely TOO LOUD for dining! (Vic Christopher, the owner, spent the entire time we were there at two turntables and his Apple Computer choosing the music and we wondered why he didn't notice how loud it was!) The service was top-notch!

Our son and his wife live in Brooklyn and this reminds us of the many venues he has taken us to there with the brick walls and exposed beams. It has a very youthful vibe and that was evident from the mostly thirty something folks dining on this particular Friday night.

No doubt we used up the rest of the gift certificate and then some, but next time the "kids" are in town, Peck's will be visited! 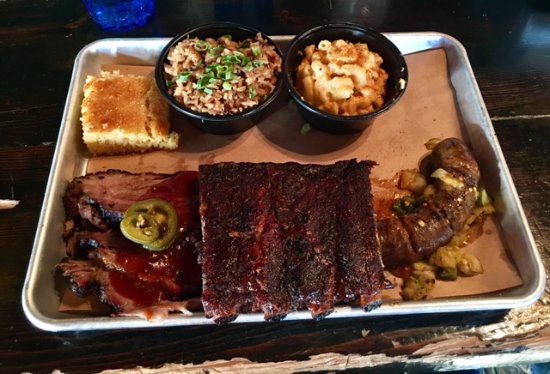 The food here is awesome. Sometimes you'll order a slider somewhere and get this anemic pile of stuff on dry bread. Their sliders are yummy as hell and not tiny at all. Their sauce is great - as are their ribs. And I had the best deviled egg I ever had in my life. Our server Sharona was awesome and we had an excellent meal there. Loved it. 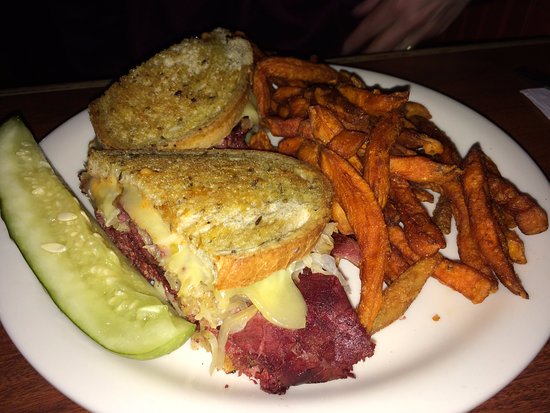 Brown's opened this location in 1993. It is an architecturally interesting, renovated 175 year old warehouse on the Hudson River in Old Troy. We loved the maintenance of the historical, industrial look structure and decor of this pub. Not only are they a pub and restaurant, they are a 15 barrel pilot brewhouse. They produce roughly 80 different of their own beers a year, including a barrel aged series, specialty sour series, and hop experiments. Obviously, you can visit here for incredibly fresh draught beers. We ate BBQ at a nearby venue then walked over to Brown's for some brews. The service was wonderful and the beverages excellent. The interior of Brown's is two levels, up front on the lower level is dining and in the back is the bar and bar seating. They also have a patio area in the rear, overlooking the Hudson River for nice weather relaxation. Would enjoy a return trip to Brown's Brewing when next in the area. 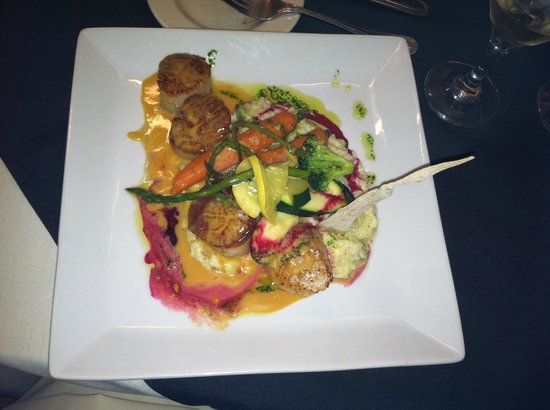 Experience a mighty fine breakfast here... not your standard fare but delicious all the same! We enjoyed the Shrimp Eggs Benedict special and the Honey Bun French Toast. Our waitress was friendly and attentive, the service was very good. The atmosphere is interesting, it is an old historic building that was once a fine jewelry store and there are some murals on the upper walls depicting Troy in the nineteenth century.
There are tables for 2 or more, even a counter for sitting at.
We are looking forward to trying their lunch menu! I had pizza here today with a friend. We both thought the pizza was superior. The ingredients we fresh and tasty and the crust just right. I highly recommend this local institution. 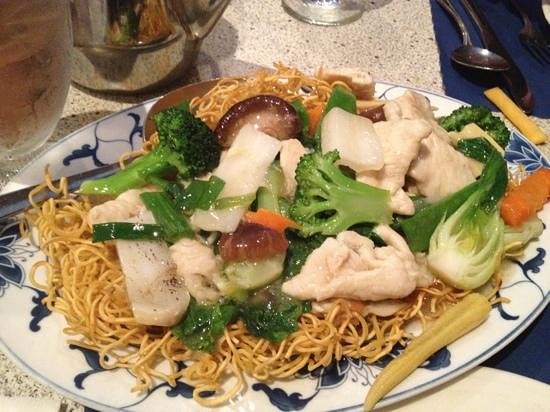 I think this is the prettiest Chinese restaurant in the area. It's a feast for the eyes with a lot of wood, an ornate ceiling, etc. Seating is available on 2 different levels. They initially bring you small serving bowls of Chinese mustard, duck sauce, & crispy noodles for soup. Our food was good & was served with tea. Although my husband would have preferred that the sauce in his entree be less thickened, we both enjoyed our dinners. 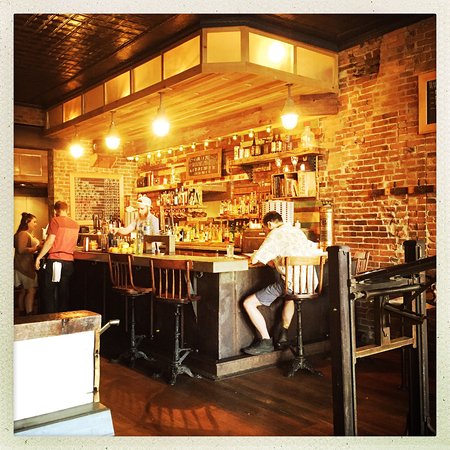 Got drinks with a friend one night and decided to enjoy the street-side seats (from within the restaurant); an open-air feeling like you're in NYC looking out onto the city streets with people passing by. It was really fun/enjoyable for a short bit, but right across the street there is a huge pub with outdoor seating and the smell of cigarette smoke was making its way over to us far too easily. Change of plans. We ending up having to sit inside, though no fault of The Shop for that.

Inside had equally eclectic seating and is attached to Lucas Confectionery's indoor/outdoor seating. So we just enjoy your drinks elsewhere from within the joint.

The bartender was super nice, allowing us a taste of the drinks we weren't familiar with. The vibe was very hip. Fun place to relax with friends after work for a drink or two and enjoy the ambiance.

Really flavorful lamb Shish. Had the dinner with rice and Kabash. Meat was very tender. Will definitely be back when I'm in town. 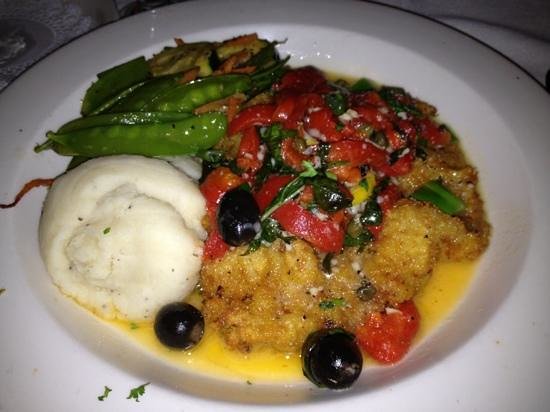 We had a delicious dinner with friends at Lo Porto. An extensive menu awaits you here with something for every tastebud! Bring your appetite for fresh crusty bread and large portions of every appetizer. I recommend the escargot which comes with a lightly creamy garlic sauce that you’ll want to dip your bread in. For dinner I recommend the red snapper...amazing! Every dish at our table of 16 was something to rave about. This may well be my new favorite Italian Restaurant. One tip, make a reservation!