Top 9 Things to do in Warrenton, United States

Warrenton is a town in Fauquier County, Virginia, United States. The population was 9,611 at the 2010 census, up from 6,670 at the 2000 census. The estimated population in 2015 was 9,897. Warrenton is the county seat of Fauquier County. It is at the junction of U.S. Route 15, U.S. Route 17, U.S. Route 29, and U.S. Route 211. The town is in the Piedmont region of Virginia, east of the Blue Ridge Mountains. The well-known Airlie Conference Center is 3 miles (5 km) north of Warrenton, and the historic Vint Hill Farms military facility is 9 miles (14 km) east. Fauquier Hospital is located in the town. Surrounded by Virginia wine and horse country, Warrenton is a popular destination outside Washington, D.C.
Restaurants in Warrenton 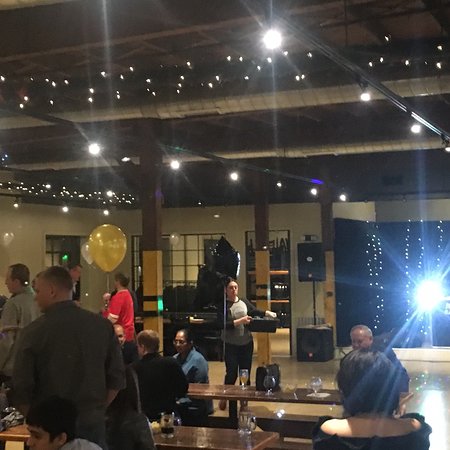 Old Bust Head Brewing Company is named for a rural crossroads in the rolling hills of Fauquier County, Virginia. The locals who dubbed the corner ‘Bust Head’ enjoyed not only the potent libations brewed there, but also a little good humor. Some say the nickname came about when a neighbor fell off his horse after ‘overindulging’ at the corner shop one evening. Others say the locals who drank there were partial to Saturday night fights, or that they just fell down and busted their heads on the rough old country road. One thing is certain, Bust Head was a place that brought folks together in good spirits and built community—and that’s what we hope to do here at Old Bust Head Brewing Company. While we're serious about the art of crafting exceptional beer, and about our passion for the environment, we endeavor—like the folks who raised the glass at the first Bust Head—to keep things playfully in perspective and make life a bit more enjoyable for all of us.

My spouse and I decided to visit OBH, after hearing about how awesome this Brewery was from a friend! We are from Hampton Roads, Virginia, so we stayed at my grandfathers cabin in Louisa and just made a weekend trip out of it! Vint hill was having a festival the day we arrived and we decided we would go to the brewery and then the festival however, this amazing place had other things in store for us! Upon entering they have a dog friendly, beautiful terrace outside sitting area! When you walk into the front door, we were flabbergasted at how Big their tap room was! There was a long line, that we hopped right into! There was a room off to the left side of the entertainment stage that looked to be holding a wedding of some
Sort! Super cute! We get to the counter and immediately we're greeted with enthusiasm! We ordered one small flight of misc. and found a standing round table to enjoy them on! We could'nt believe how awesome they were, so we hopped back into the long line for another flight of different brews! Then after finishing that flight and loving it, we decided we needed more, and yet again hopped back into line! At this point we decided to sign up for a tour, as we wanted to learn more! We started to get very hungry and thought about going to the festival next door, until we noticed some people with food. We politely asked them where they got it and to our surprise they have a whole food truck area in the back of the tasting room with tables and chairs outside etc! "The French guy" was the foodtruck there that day and oh my goodness with was so amazing!! When we first got it the chicken looked a little dry(which I hate), but the look on my spouses face when he took his first bite, made me anxious to try! That was the single most delicious sandwich I've ever eaten! The chicken was sooooo juicy it was indescribable! At the this time we realize we will prob miss our tour unless we choke our food down, which we didn't want to do! so we signed up for the next one 2 hours later! What was supposed to be a half day retreat for us, ended up being a
Whole day of amazement! After relaxing, talking, buying gear, and drinking we went on our tour, where Kevin was informative! I love how environmentally friendly OBH is! We were wowed by their equipment etc! Everyone was so kind(Kevin, Jeremy, Mark, etc). The Brew is the best I've ever had! Seriously so good! It's very rare that I like every beer on tap that a brewery provides, but I feel in love with OBH! I also got my hands on their raspberry and Margarita sours and omg!! Me or my guy are not really sour(goes) fans but we loved these! Good job OBH! Keep up the amazing work. You haven't been around for to long, but you will thrive!!!! Thanks for an amazing weekend, with amazing beer! We are def spreading the word down where we live!

2. The Fauquier History Museum at the Old Jail 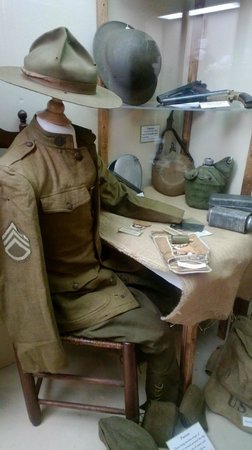 Built in 1808, the front portion of the jail originally contained four cells, each of which was approved to house 40 prisoners. In 1823, after only 15 years of use, the 1808 jail was deemed insufficient and a new stone jail was built just to the rear of the older structure. The 1808 jail was then converted into a house for the jailor with a kitchen made of the leftover stones from the "New Jail" added in 1823. The rear structure contains original cells as well as an exercise yard, which was also used as a hanging yard. Hangings took place in the yard until 1896. This is one of the most perfectly preserved old jails in the Commonwealth, and was operated as a jail until 1966. Today, the Old Jail is a history museum focusing on the histories of the Town of Warrenton, Fauquier County, and the Commonwealth of Virginia. The artifacts that make up the museum's exhibitions have all been donated by generous local citizens.

This is a very small but interesting museum in Warrenton that sits in the shadow of the courthouse. It starts in the original 1808 jail which was later converted into the jailer's house and then you move into the new jail which operated into the 1960s. I found the maximum security cell in the newer jail very neat as it is a cell within the cell (hard to get a picture). The execution yard was also very eye opening as it was closed off to the public. The entrance fee is $2 for adults though they also ask for donations to keep the costs down. It is now to see a local community keeping their history alive. We arrived in late afternoon and the sun made the fields glow -- how beautiful! There are almost too many wines to taste -- twelve varieties, plus we discussed Rechina (Retsina) and had a taste of that too.

The owners are a Greek couple who started the vineyard and winery. The husband is/was a jeweler too. The wife served us the tasting, which was very pleasant and interesting. 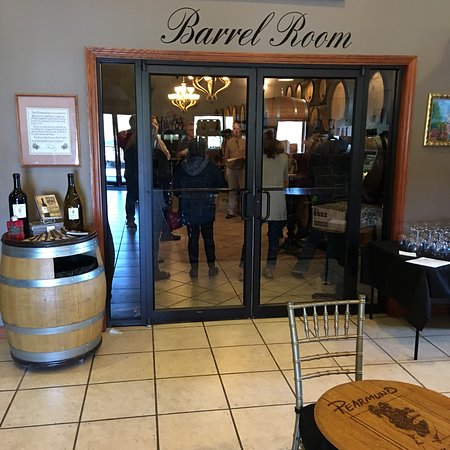 I did my tasting with Ray and it was a great time. They have a nice tasting menu with one white, one rose, five reds and a dessert wine. I am not a red fan and all of their reds were very mild and not overpowering. I even like their Chardonnay which was smooth and buttery without tasting like oak. My favorite was the Autumn Nectar which was not overly sweet and had a nice slightly syrupy consistence with just 2% sugar. They give you a nice little dish with triskets and cheese bites which are nice between each wine. With Ray as my server, it felt like I was drinking with a good friend verses an employee. It was a great time and I highly recommend. 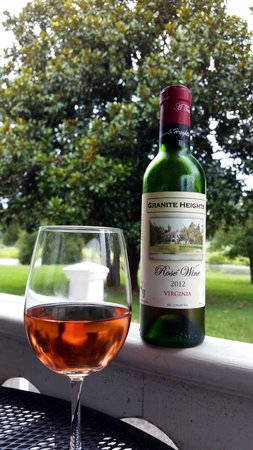 Our tasting room is open for wine tasting April through early December. We are always available for sales. See our website for more up to date information.

Go here for the white wine! Outstanding.....The winery is an old restored farmhouse and very small. Suggest a reservation; we had 6 in our party and we did a reservation and they had a table waiting for us. Our server was a bit annoying, easily distracted. But we met the one owner who was very friendly and informative. Loved the setting, the winery and I'm not kidding when I say they had great wines. I would drive there just to buy more. 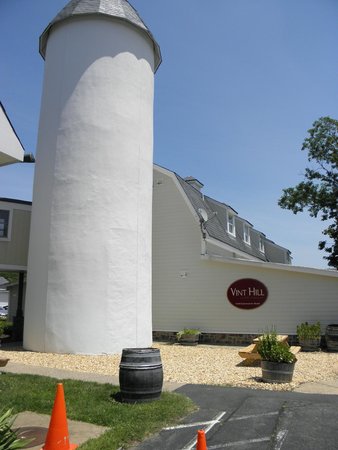 After visiting their sister winery, I was expecting great things from Vint Hill. But I was disappoint. Jerome, Malcom and Andrew were all very nice. However they did not give me any info about the wines so I had to read the card to see what I was tasting. The wines were okay, but they had nothing that was sweet like I like save the Rosie which was close to being sweet. It was nice but nothing to write home about. 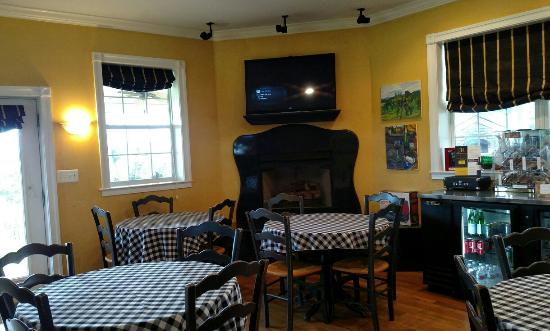 We've been many more times since first visiting and each time we go we feel welcomed and enjoy relaxing with their nice wines while enjoying the beautiful views of their vineyard and the nearby rolling hills.

For the warmer months they are offering "adult slushies" which are made perfectly! Not too sweet, but definitely flavorful!

Worth a stop, if you're nearby!! 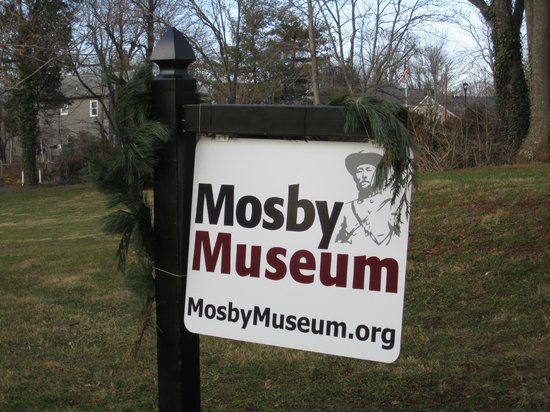 Reviewed By Lance B - Woodstock, Virginia

Colonel John S. Mosby was a Warrenton, Virginia, resident and horseman, whose colorful exploits as a Civil War cavalry officer and raider are recounted in his actual home, now the John S. Mosby Museum, in historiic "Old Town Warrenton." Docents give tours of the restored property, a collection of Mosby's personal artifacts, and his colorful life exploits as the leader of Mosby's Rangers. Commendations to the Warrenton local citizens, docents, and historians who restored and made this attraction possible for visitors to appreciate. Well done! 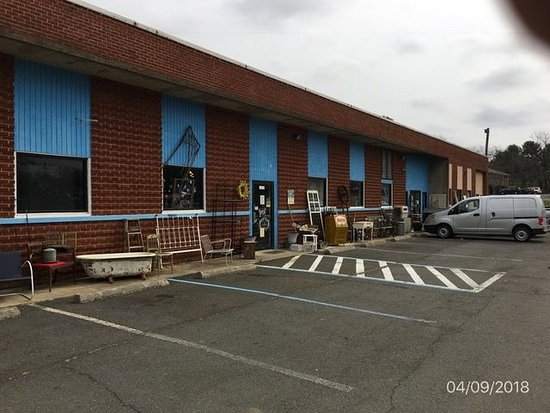 This is a very organized and clean antique shop, no musty smells. Lots of goodies to look at with reasonable prices.If you are into antique shops this is one to add to your list to visit, we'll definitely stop in the next time we are traveling in the area.