Top 9 Things to do in Pyeongtaek, South Korea

Pyeongtaek (Korean pronunciation: [pʰjʌŋ.tʰɛ̝k̚]) is a city in Gyeonggi Province, South Korea. Located in the southwestern part of the province, Pyeongtaek was founded as a union of two districts in 940, during the Goryeo dynasty. It was elevated to city status in 1986 and is home to a South Korean naval base and a large concentration of United States troops. The South Korean government plans to transform Pyeongtaek city to an international economic hub to coincide with the move of the United States Forces Korea (USFK) to Pyeongtaek. During the Korean War it was the site of an early battle between U.S. and North Korean forces, the Battle of Pyongtaek. It is the location of Pyeongtaek University.
Restaurants in Pyeongtaek

This little strip is the best thing right outside the base. Lots of stores for nice trinkets, luggage, and food. Food selection from McDonald's, Indian, Korean, Vietnamese to Turkish. Street vendors come out later in the day but also offer tasty snacks. The bars get quite busy late at night and there are plenty to chose from. 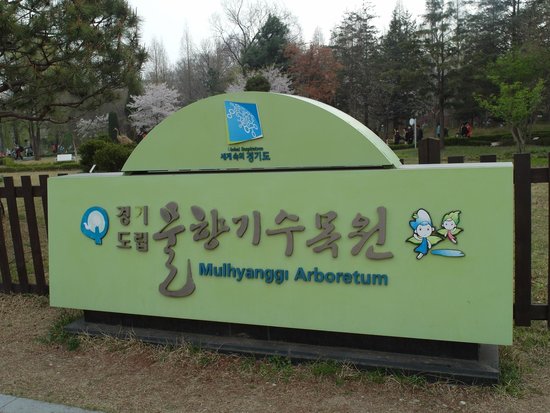 This place actually should be called Arboretum "Mulhyanggi", which means in Korean "fragrance of water". In short, it is worth a visit if you are nearby (Osan, Suwon, Hwaseong etc.), but do not bother coming from far away.
As this is a botanical garden, the plants are organized in temperature zones, and they mostly have their names in Korean and Latin written underneath (but sometimes they are confused). There is also a pavilion with tropical plants and desert cactuses, and a small zoo.
The park is not that big, you can walk it in about 1 hour, but you can also stay for a picnick, which many people do. Too many, in fact. We came to find some peace and quiet and relax, but that is hard to do, as on warm spring/summer/fall days every square meter of the lawn is occupied by picknickers, and all paths are blocked with people. And you never really go far enough from the city to lose the sight of high-rise apartment buildings etc. Go on a weekday if you can. In early spring (March) it was not as crowded, but also not much to see in that season...
The entrance is 1500 KRW per adult, and bring your own water/food as there is no shops or restaurants inside the Arboretum. 5 minutes away there are some local food restaurants, and in a HomePlus store there is an "Italian" buffet.

3. The Independence Hall of Korea 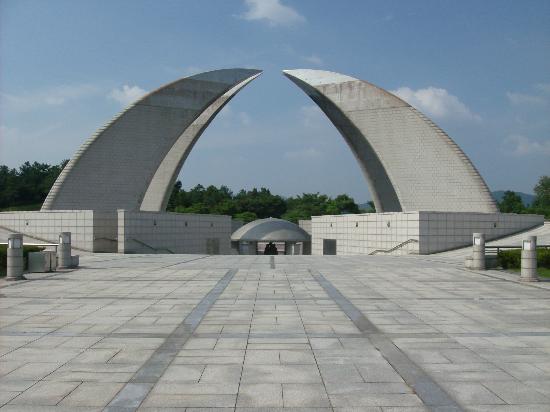 Reviewed By Sean B - Cairo, Egypt

The architecture of Independence Hall is striking and slightly Stalinist. The surrounding parks are quite beautiful in the Spring. The highlight for me though was definitely the museum. While I don't doubt that there's a fair amount of one sidedness and the exhibits can get a little propagandaish, the museum is an interesting look at the Japanese occupation. It's a good way to gauge how the Korean government and many Koreans view their past relationship with Japan and why there is so much bad blood between the two peoples even today. 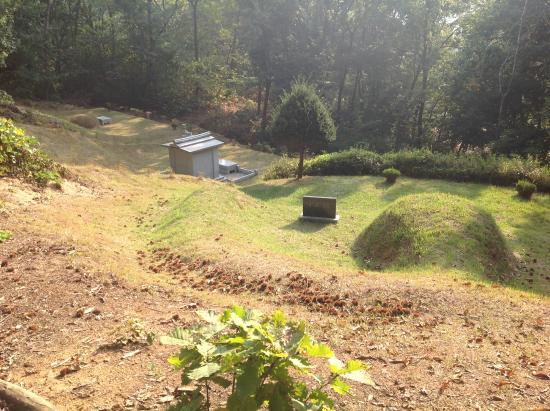 This beautiful nature preserve is in Songtan district of Pyeongtaek about 2 miles from the Osan Air Base and near the Songtan Middle School. There is ample parking available and during our stay the parking was free. The hiking shoes cleaning stations like in most places in South Korea are available at the parking lot.
At the entrance to the preserve there is a large map with signs in Korean and English.The network of gorgeous trails of about 8 miles leads to Deogam Mountain and Burak Mountain. While hiking you will see strolling pheasants, interesting flora and burial sites . After a couple of miles one can reach a large picnic area with bathrooms and drink stations available. Going further we get to cross the Ecobridge over Rt 317. On the way there are pagodas, towers, exercise stations, benches and great views of Pyeongtaek.
All parts of the trails are very well managed. As a community service American troops clean the trails on second Saturday each month.
Entering the trails look for a signboard "Buraksan Guide Map".
The Buraksan Hiking Preserve is great and enjoyable for all ages. A must-see place while in Pyeongtaek. 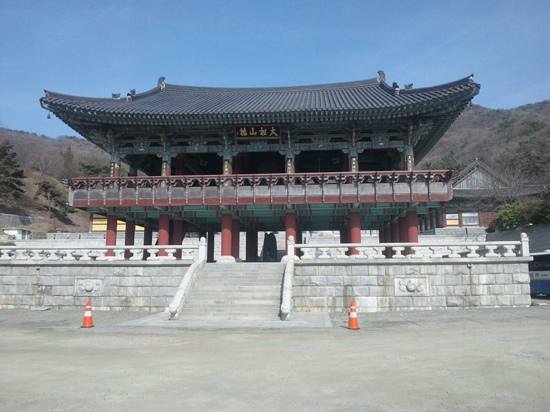 C1 ( 2015.07.03 )
There was good temple among Korea many temple. I've many temples in Korea, there was one of beautiful temple, I think. There was a big Buddha, some people went around it praying. There was beautiful buildings and had good smell, clearing ringing sound. I were satisfied with sightseeing, sound and scent. I always felt good in Korea temples. Good palce to make calm.

Absolutely spectacular views from multiple peaks throughout the park. The park has an abundance of diverse flora and butterflies seemed to be everywhere. The forest museum and zipline in the park were truly unique and well worth the visit as well. Park at the bottom for a 6 mile hike, park at the top for a 3 mile hike.

I went here with a group and it was one of two activities on this day trip from Seoul. I had expected a series of sound stages and facades of buildings. No... They rebuilt an entire village!
In some ways it is better than going to some "real" historical sites in that it is built to be complete and reconstruct a functioning village for their films and dramas. The day we were there MBC was actually filming. With only an occasional "shh" gesture, they let us wander throughout the complex. When the actors were not needed for a particular scene, they gladly posed with visitors for photos.
Had I been a Korean Drama addict, I would have given the MBC Dramia 5 stars. Had I spent 4 hours on the road to see only this attraction, 3 stars. Overall, more interesting than I had expected. 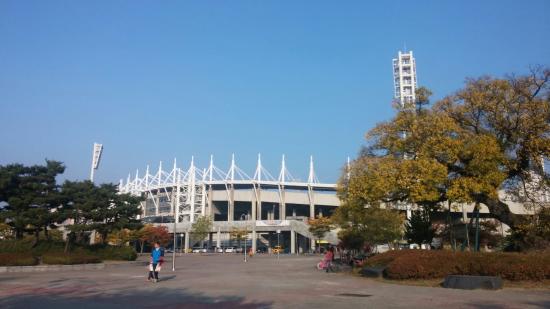 Not much happens at Cheonan Sports Complex, but it is the best sporting facility in Cheonan. You will find volleyball games here occasionally, as well as an ice rink in winter 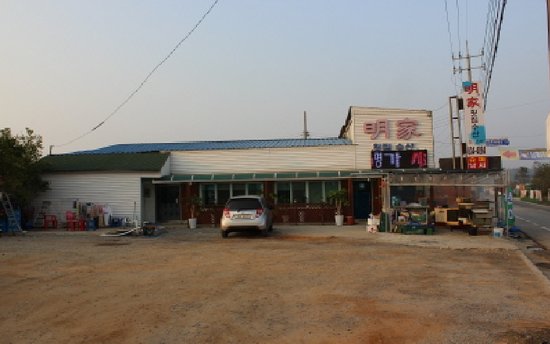