Top 9 Things to do in Dambulla, Sri Lanka

Dambulla (Sinhalese: දඹුල්ල Dam̆bulla, Tamil: தம்புள்ளை Tampuḷḷai) is a large town, situated in the Matale District, Central Province of Sri Lanka, situated 148 km (92 mi) north-east of Colombo and 72 km (45 mi) north of Kandy. Due to its location at a major junction, it is the centre of vegetable distribution in the country.
Restaurants in Dambulla 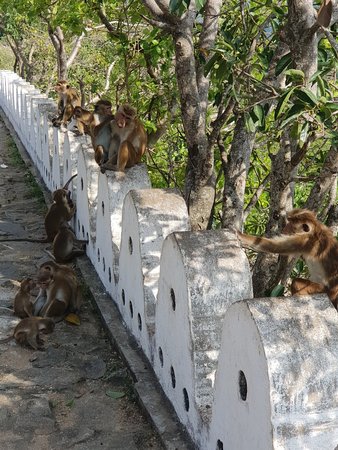 The Temple is a part of Rock Temple, Cave Temple (both a bit higher on the top of the hill, Golden Temple complex in Dambulla (1 km from the town). Cave Temple is absolutely impressive, with so many details and paintings on the floors, walls, ceilings, everywhere ... and all in stone ... uneven surface of walls and ceilings adds to the experience. Beautiful and must see. 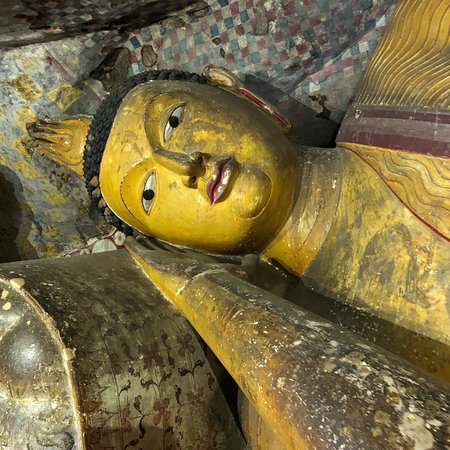 The Golden Cave Temple is a cave-temple complex that dates back before the 2nd century. It is a religious site that is significant to buddhist and hindu faiths.

Reviewed By Gerald U - Troinex, Switzerland

Sri Lankan friends of mine recommended a visit to Dambulla since they think it is a gorgeous temple. People we met in Sri Lanka said the same thing. However, we did not see its entirely. What we saw, however, was magnificent. Want to go back to SL just to see it. 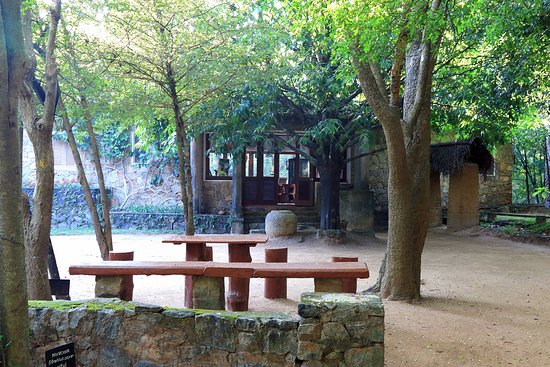 The IFS-Popham Arboretum, Sri Lanka's only dry zone arboretum was established over five decades ago on 7.5 acres of thorny scrub jungle and abandoned 'Chena' land in Dambulla which is in the geographical center of our island, where history and culture merge amidst a natural landscape of water and Mountains. The arboretum is not only about trees. There and many species of Birds, Butterflies, Dragonflies, Spiders and Mammals including Bats that can be seen within the premises.

I visited the arboretum with a friend and our guide. We had a interesting walk with Mr. J. Amerasinghe who is passionate about the place and runs it almost single handed. He has great knowledge of the plants and wildlife and cares deeply for the arboretum. His knowledge and his stories about the arboretum's creation to the current day were fascinating. We also had an evening (prearranged) walk to try and see the nocturnal Loris that live in the park but didn't see any. 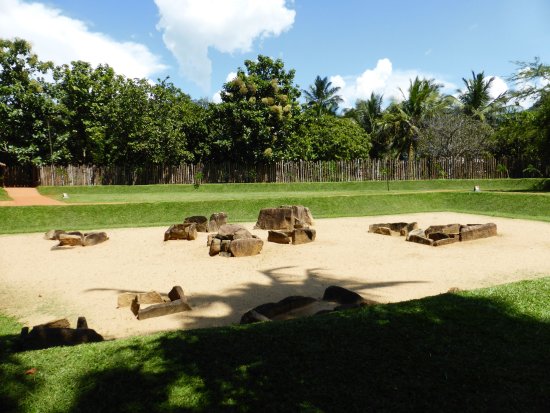 This ancient burial place lays on the way from Colombo towards Dambulla, about 5 km before the Dambulla city
The place is well maintained and offers you a nice view on early human life.
The ceramics and pots from the excavations are currently stored in a room in the Dambulla painting museum, who is just beside the Dambulla cave temples with the boeddha's. 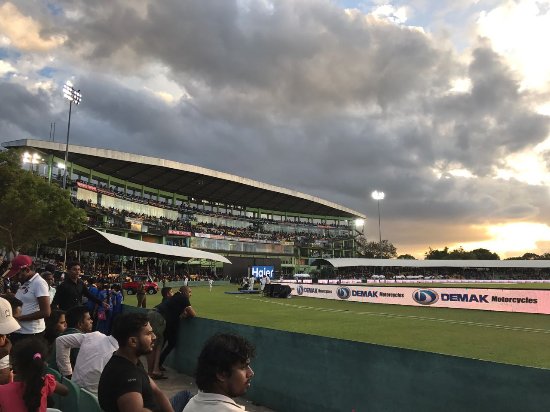 Recently returned from a cultural tour of Sri Lanka with Diethelm Travel. Firstly, our Driver Nanditha Perera was a Gem. He was kind, considerate and knowledgeable, even putting up with my barrage of questions.! We stayed at the Cinnamon Lodge which was very pleasant and went on a Safari, the highlight of which was seeing an Elephant charging one of the jeeps, just glad it wasn't ours! Our next Hotel in Kandy wasn't quite such a success as it was high on a hill and we were at the mercy of the Topaz Hotel, which was very much a tourist trap, they even had a '60's wine list, buy the staff were quite lovely ,as were all the staff we meet. The trip through the Mountain on a train, was something to remember and the Hill Club was fab with lots of old world charm(even a door for the Ladies to enter the club) It was also nice to have a proper service as I was getting buffeted out! The Spice Garden was another highlight, very interesting. The Grand Udawalawe Hotel was a real treat, quite spectacular. Our final Hotel was The Sands, nothing sing about, but it served the purpose of an unwind from all the travelling.
So.....Sri Lank itself. It is like a balm in the countryside. The Buddha's and all the Temples were fascinating and such a rich cultural place. Asides from the Tuk-Tuk's and the richly painted lorries (many of which bore a legend that they were fully insured?) The maniacal Bus Drivers, cows wandering around, bicycles everywhere, life was very peaceful, the most noise came from the Monkey's. The Town's were a little crazy, but thanks to our fabulous Nan, we felt very safe, his driving skills were fantastic. The other thing that really struck, was how clean it was, no litter here. Smiling children in immaculate white School clothes, waved cheerily at us all over the place, but go soon, I fear that things will change, which will be very sad. I so enjoyed all the lovely people I meet and Yes I would go back! 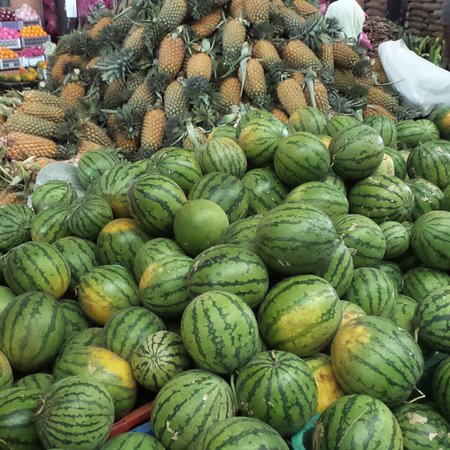 Reviewed By adkennis100 - Eindhoven, The Netherlands

In Dambulla, it is 1 km from the Golden Temple, you will see the largest vegetables and fruits wholesale market in Sri Lanka. Every day, numerous colorful vegetables and fruits are offered on the market. The harvest from the surrounding fields and villages is brought in to the market for distribution to the rest of the country. There are 2 large halls where the fresh exotic fruits and vegetables are supplied. Trucks loaded with pumpkins, varieties of bananas, mangoes, avocados, watermelons, apples, coconuts, beans, carrots, leeks, peppers and lots more are supplied. You are short of eyes to see all this. This is a must to see. 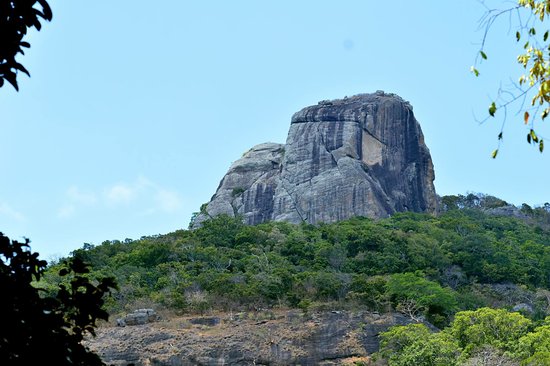 Situated 15km away from Dambulla city. So many places to see such as Ancient dagoba,pillars, a residence of monks and etc. This site includes with blackish water pond, Rocky Mountains, some Springs and streams. One of the best archaeological site in this area. 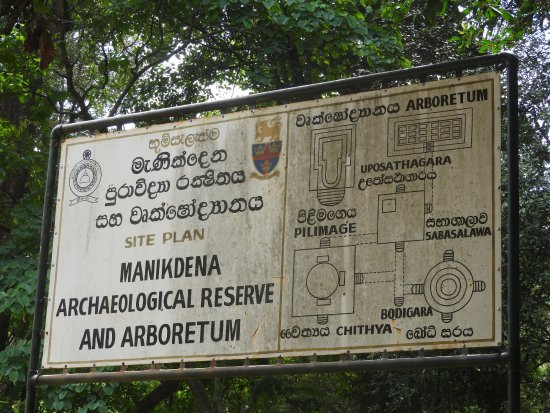 This site has ruins of an ancient Buddhist Monastery and Shrine, with an unusual combination of an arboretum around it. Very scenic and located on the banks of a peaceful lake it is unfortunately in a neglected state with very little information other than that contained on the site. There is a hike to the Menikdena peak for the intrepid traveller, but be prepared for taxing conditions. There are no facilities such as restrooms or restaurants so be prepared to go on to Dambulla or Matale. 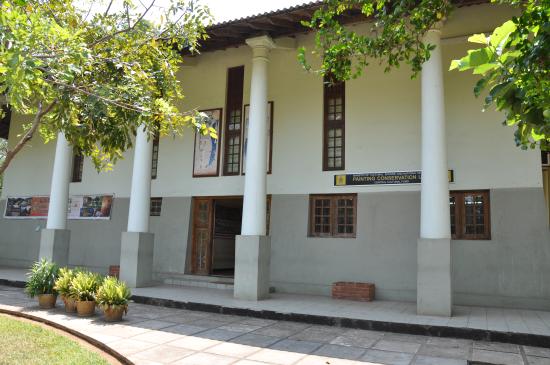 Nice little museum with drawings of mural paintings from all over Sri Lanka. This is the first time I have seen paintings of mural fresco's. I dont think it is much visited, which is a pitty. The staff is very enthousiastic in showing you around. Very inexpensive (260 slr per adult, 130 child). It is located some 100 meters from the Rock temple.