Top 9 Things to do in Anyang, China

Anyang is a prefecture-level city in Henan province, China. The northernmost city in Henan, Anyang borders Puyang to the east, Hebi and Xinxiang to the south, and the provinces of Shanxi and Hebei to its west and north respectively. 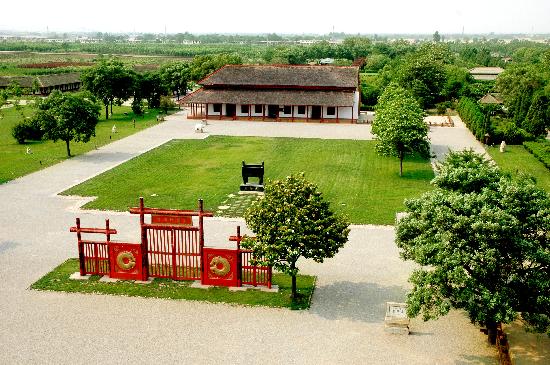 Yin Xu was the site of the palace of the Shang Dynasty. Here, an incredible thirty-four centuries ago, the kings of Yin ruled a prosperous kingdom in the Yellow Ruver valley. They produced bronzewares of astonishing craftsmanship and wonderful pieces of carved jade. They also performed human and animal sacrifice on a grand scale, as the skeletons in the burial pits attest.
Highlights are the six ancient chariots, the incredible burial pit of the lady waarior with its hundreds of bronze items and jade discs, and Shimuwu, the largest piece of bronzeware ever unearthed in China. This container weighs a remarkable 870 kilograms and can be viewed in the site museum. 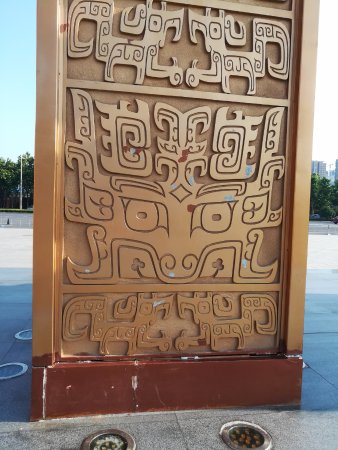 We managed to arrive at the museum on National Museum Day (May 18). Outside we saw a calligraphy contest, while inside there were dances, songs and music, to augment the truly interesting exhibits of the development of Chinese writing.
The museum provides volunteer English-speaking guides. We were quite lucky to get the former head of a Language department of a local university to lead us around.
Most exhibits have good, but sparse, English captions, for the oracle bones to more modern Chinese characters.
I'd recommend going to this museum in conjunction with a visit to the Yin Ruins where there are also exhibits on early Chinese characters.

There are lots of ancient tools, ornaments and graveyards in the Bronze Age, 3000 to 4000 years, ago digged out in this location. You can also find the ancient Chinese character (Oracle). It really worth a visit if you are interested in ancient human history.
Another place to visit in Anyang is the Chinese Character museum nearby, where you can find a lot of dig out from the ancient China as well as the evolution of Chinese writing from 3000 years ago 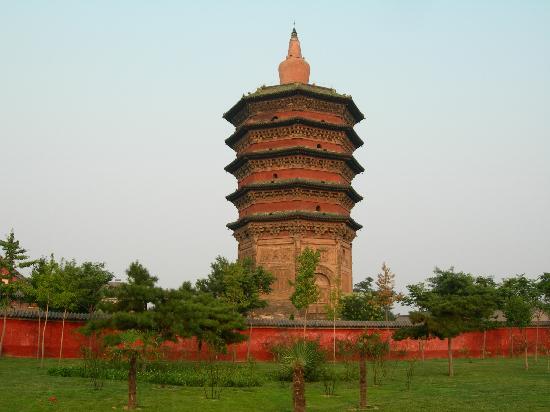 This wonderful pagoda is part of a functioning temple. It is a Ming Dynasty re-build of a Song Dynasty 10th century pagoda. The shape is unusual, not terribly tall, but it gets wider at the top, and is quite unusual looking.
Photographing it is interesting, because it is wider at the top! Climbing it was a challenge and if you are claustrophobic or afraid of high stairs and thin passageways, just enjoy it from outside and save your 20 rmb. But for us, the way up was a challenge, and that made it even more interesting. 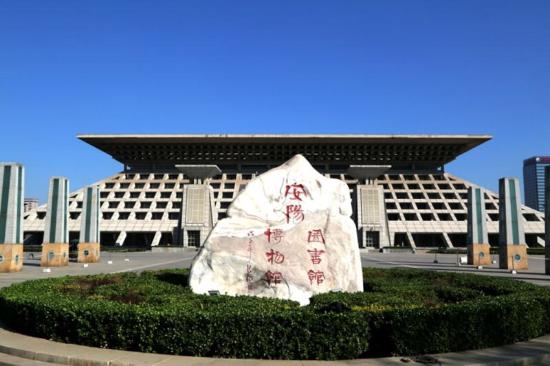 After an early breakfast at 7.30 a.m we set off at 8.15, to visit a nearby archaeological site, before the long drive home. We passed some pleasant Gardens, with magnificent displays of hollyhocks along the way and through some well kept farm buildings and small holdings. We lost the way a couple of times, but eventually found the large complex, with large buildings erected above some of the digs, going back about 3000 years. The old city was called Yinxu. There were even displays of ancient sewage pipes, showing they were quite advanced in that way, apart from the amazing bronze artworks.
This ancient city, was also the place where the Chinese form of writing began and a lot of them made sense, in that they represented words in the form of a kind of stick drawing, so you could easily recognize a man, woman for example, or a tree, fruit etc. There were even symbols for walking, picking fruit and it’s a pity they didn’t keep this form of writing, which is more easily recognizable, instead of the more complicated develpments of the language, as it is today in Chinese calligraphy.
One building housed 8 wooden chariots, fully preserved, but mostly still covered in the dried mud, in which they’d been found, to preserve the wood, over 3000 years, but you could make out the detail quite clearly. They had been buried with their horses and sometimes the driver. There were pictures depicting the form of warfare, shooting arrows from the chariots, in much the same way as we had in the UK in the bronze age, although we don’t have so many well preserved items, probably because of our damp conditions, where wood rots a lot faster.
The whole complex was well landscaped, with lawns, flower beds, lakes, in addition to the large buildings erected over the excavations. There was a large museum, built underground, with displays of pottery, bronzes, weapons and jade jewellery. Many of the weapons were similar to UK designs of the same period, although a lot more ornate.
Just a pity none of these places have tea rooms, where you can sit and relax during your visit, but we did buy a good example of a bronze pot, for 120 yuan. I wish we’d bought another one, at that price, but a carved bronze seal in the form of a dragon was a bit pricy at 350 yuan.
Then we drove back to the hotel to have a rest and make our own arrangements about lunch, then to meet the others to leave at 3.00 pm. We turned left out of The Green Tree Inn, walked along the road a bit and crossed over the other side, to find a basic kind of restaurant, halfway to Walmart. There was a special menu, with prices are 50 yuan, but we opted for the set lunch which was excellent, as weel and only cost 10 yuan. I had a plate of Kung Po with rice and Ling had some fired pork with soup and some fried wild greens. The meal was OK and apparently our group had 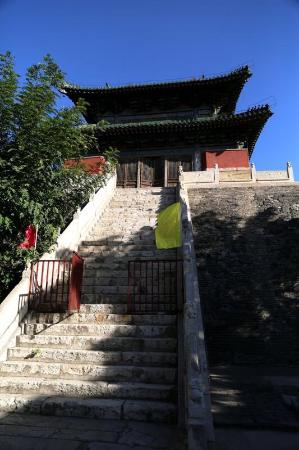 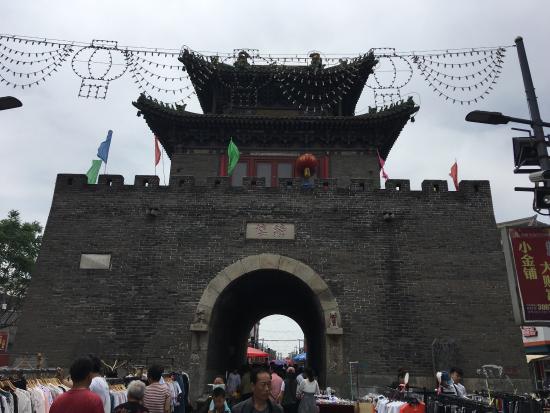 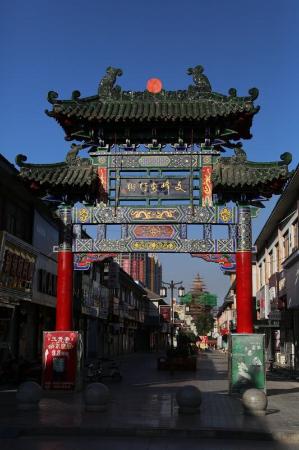