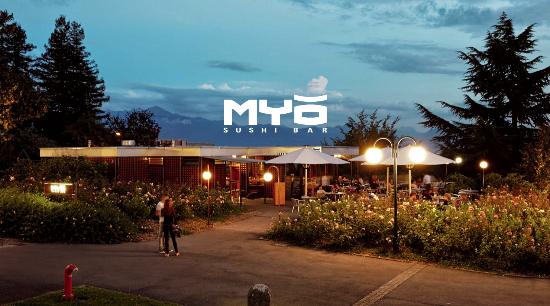 FoodWhen presenting the menu, the manager told us that they had fresh hirame (founder/sole) and another fish I didn't recognize. My wife and I chose to take the Sushi Deluxe platter (45 pieces, min. 2 persons, 70.- per person). As this is the most expensive sushi platter you can order, we expect it to contain some valuable, good fish. Unfortunately, the majority was simple salmon (which by the way is not used for sushi in Japan!), a couple of shrimps, suzuki (seabass), saba (mackerel, a cheap fish), ika (squid) and plenty of rolls with salmon again, crab, and avocado. There was no hotate (scallop, wich I had seen in the fridge), tako (octopus, also in the fridge), not even a trace of akami or toro (different qualities of tuna), and of course no ikura (fish roe). For 140.- I can only say this is robbery and unworthy of being called "Deluxe". We were asked whether we wanted wasabi in the nigiri, which I find very professional. Given we were with our children, we said no. They then went on to include some spicy mayo sushi (California style, again a big no no in Japan), which lead our older one to silent tears...To be fair, the sushi were very well made, the rice was well cooked, the river balls not too large, the fish fresh. Also, we received 3 free unagi (eel) sushi, which certainly is a more refined fish and was very good. Food rating: I have to give this a 1. If the plate had cost only 50.-, the restaurant weren't Gault Millau-rated, and it advertised itself as a non-authentic fusion restaurant, then I could give it a 5. But when the platter was served we were like "you must be kidding"!StaffWe came 15 minutes before our 7pm reservation. The staff greeted us by saying that the restaurant didn't open before 7pm and that we had to wait outside (their website does not indicate opening hours so we couldn't know). With 2 small kids. It's freezing. I just don't understand how such people don't realize they're in the wrong line of business (it's called hospitality after all!). I demand to see the manager who repeats the same message, but then probably sees we're getting quite offended and grudgingly lets us enter (he muttered "I guess I'll get changed then"). The first staff brings us the menu, and to show my appreciation I tell her to take her time and we don't need to be attended to until 7pm. To which she replies "well now we *had* to start our service". Another missed chance to be gracious. Again to be fair, the manager put on a much better show for the rest of the evening, being very polite and attentive, bringing us some free additional sushi and apologizing at the end for the cold reception. Another positive is the fact that the chefs are native Japanese, greeting clients in Japanese. Staff rating: again, given the price tag and rating I would expect much better. The trend was positive, but I'd still have to give this a 2. EnvironmentThe restaurant is beautiful and small, it has a good groove to it. The tables are large and you will end up sharing with others, which I find rather nice. The temperature was perhaps a bit low. The structure is almost entirely surrounded by windows which are bad isolators. Environment rating: this is a good 4, it felt nice.

I was expecting our lunch bill, for 32 rolls, to be well over 100chf, including miso, but it was 72chf - a great deal for a nice sushi lunch for 2 people - and we even got a combination of special rolls, and basic rollsYeah, so there not much to say besides "the sushi is pretty good, preice was very good" 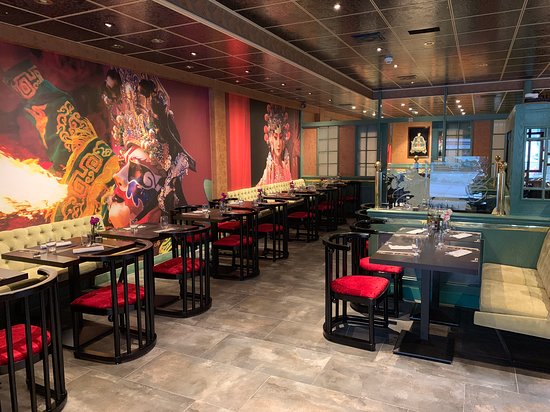 We went for the Teppanyaki table and the Japanese beef. Very few people around (rainy weather..) so waiters maybe eager to do something resulting in a quick service turning into fast food style. In 20 min dinner was over...A miso soup, a bowl of white rice some soya beans quickly warmed up and this beef at an astronomical price (180 gr is priced on the menue 119 chf). Beyond the price nothing else impress. The "show" from the chef (which I suspect Chinese not Japanese) is a 30 sec knives clanking and a final flambe' burst. The beef was a far cry from the "Shabu-shabu" Kobe beef I had multiple times in Osaka. We quickly left upset and still a bit hungryhello ,dear custom ,thank you so much to come and eat in takasan ,bu we do not understand that you have order the wagyu steak from Australian and you compare with the kobe beef shabu-shabu ? it is just like you compare a saumon with a tuna .really 2 different things .and our chef for the teppanyaki is malaysien ,witch is not Japanese nether Chinese ,but we feel still very sorry to hear that for this 2 reasons ,1 it is quite racist to say that ,and 2 the teppan-yaki kitchen is a fusion style cuisine ,the best teppanyaki chef in the world is the south mercian and south east asian ,because they are really good to make the show such as the knife show you have seen in our house .thanks for your unstanding .takasan team 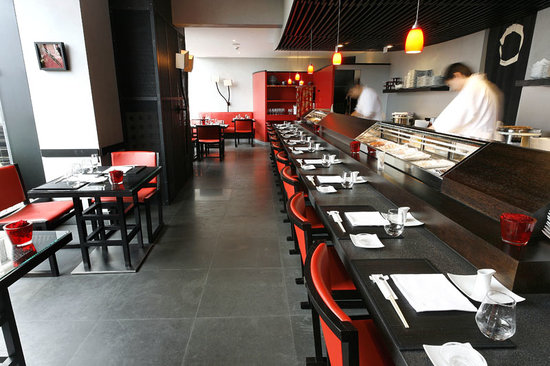 âSushi mastersâ fascinate: with their quick and precise gestures, their knowledge of exceptional ingredients and their respect for food based on ancient traditions. Four of these exceptional Japanese cooks, directly from the land of the rising sun, have j

Reviewed By Gunnel B

This is one of the best Japanese restaurants I have ever been to! Not that big so you need to reserve. Fabulous service - as always at this hotel- but the FOOD! The sushi is out of this world, just melts in your mouth - the rice is succulent and the fish is of the highest quality, and nicely decorated, a feast for the palate and the eye.I can also recommend the crab salad - lots of crab and a fantastic light sauce, I'll eat that again next time.Will never try another Japanese in Switzerland, this was just too good to be true. 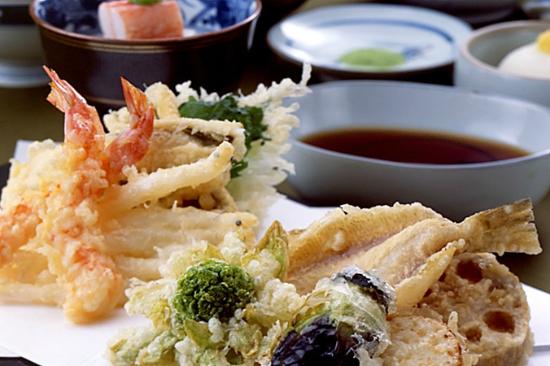 Dingy decor, inexperienced service, really very high prices for this category of restaurant (even for a Japanese place and even for Switzerland), and the food wasn't even great. Miso soup was tasteless, some of the sushi was clearly taken out of a freezer. Only the salmon sashimi was good. And we had a huge bill at the end of the evening. I wouldn't go back at all. 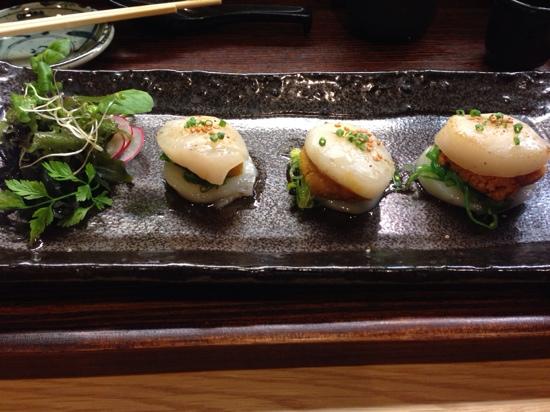 I have frequented this restaurant many times for two main reasons:1. fantastic food2. great hospitalityThe Chinese food served (available upon request) here is well prepared with attention to details. Also, it is served with generous quantity.The owners and the chef are very friendly and helpful in suggesting the dishes that would go well together. And they are always attentive to the customers.

We are the first Japanese restaurant specialised in Wagyu beef in Switzerland. We also serve the classic sushi and sashimi dishes, traditional Japanese hotpot, Shabu-shabu, Sukiyaki and Yosenabe and other traditional hot dishes. The restaurant is located

The restaurant had a special offer in one of the local newspapers offering a Kobe steak for half price. It seemed to us an opportunity to try the restaurant which had replaced another Japanese restaurant specialized on Sushi. The ambiance was not much different from the former place, the Ko-An, but the service was not even close to it â very reserved and not very communicative.The starters, a seaweed salad and a tuna tartare were quite good. My wife than had some Maki as main course whilst I tried to enjoy my Kobe steak. The Maki were, as my wife said, ok, nothing more. My Kobe steak was not only tough, but almost inedible. It was, in my personal opinion, actually the worst piece of meat I have eaten in my life. If I imagine not having had the 50% discount it would have been a disaster. I did not want to make any row as my wife and I had planned to enjoy a nice evening and both of us had a tough day behind us. So we left the restaurant without a big comment, but we will certainly not return to this place.

The 10 Best Things to Do in Pully, Switzerland 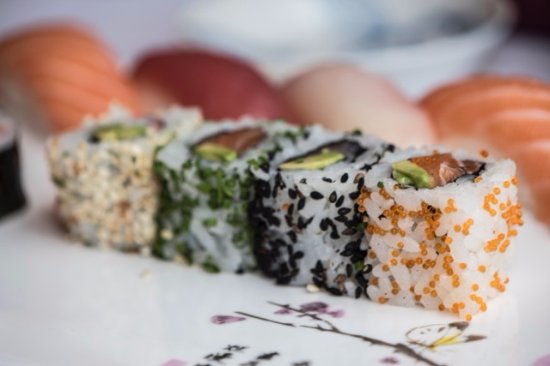 This pleasant, unpretentious Japanese restaurant is a good address in Lausanne. Fast, efficient and really kind staff is definitely a big plus. Sushi and starters are really good and fresh, and unusually cheap on locals standards, especially for a proper, seated restaurant.

Where to Eat in Pully: The Best Restaurants and Bars 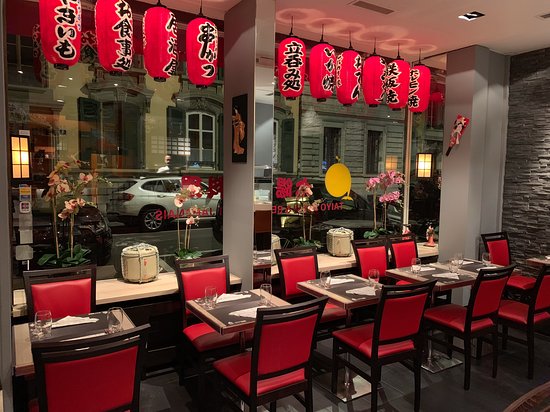 I've been to Taiyo three or four times and it's definitely getting worse and worse. I'm sure today was the last time. Food quality is average but service is very bad. Staff is really rude and unfriendly. When I complained about the food, the waitress told me that this is what it is. It has been always like this and I can't do anything for you...It was shocking