Reviews on Mexican food in Columbus, Indiana, United States. Columbus /kəˈlʌmbəs/ is a city in and the county seat of Bartholomew County, Indiana, United States. The population was 44,061 at the 2010 census. In its built environment, the relatively small city has provided a unique place for noted Modern architecture and public art, commissioning numerous works since the mid-20th century. Located about 40 miles (64 km) south of Indianapolis, on the east fork of the White River, it is the state's 20th-largest city. It is the principal city of the Columbus, Indiana metropolitan statistical area, which encompasses all of Bartholomew County. Columbus is the birthplace of former Indiana Governor and current Vice President of the United States, Mike Pence.
Things to do in Columbus 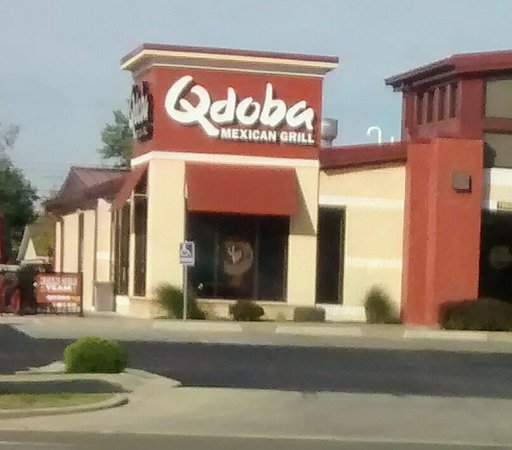 My daughter and I visited to Qdoba Mexican Grill for the first time on a busy Saturday night. The employees were courteous and friendly throughout the visit. I am a vegan and came in search of food that PETA recommended from this chain. I tried the Tortilla soup which was simply outstanding. It was the best Mexican soup I have ever had. It was spicy but balance with other flavors making it a great experience. I also had the taco salad bowl with lettuce, pinto beans, guacamole, corn salsa, fajita veggies, cilantro-lime white rice, and the mild hot sauce. I thought all of the ingredients tasted great. My daughter got the burrito chicken bowl with assorted toppings and thought it was good also. In comparing this restaurant to Chipotle from a vegan perspective, it is pretty much a tie. Chipotle has a vegan meat substitute that Qdoba does not yet offer, but Qdoba has the delicious vegan tortilla soup. As far as choices for non-vegan eaters, Qdoba offers more options and variety than Chipotle making them an better choice for the general public. 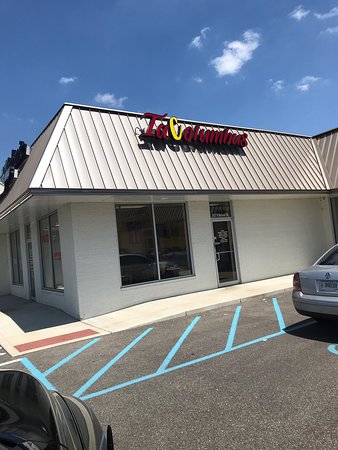 The food is delicious and the service is wonderful. Very inexpensive and loved the choices of sauces you get with every order. The onions on the side are amazing. 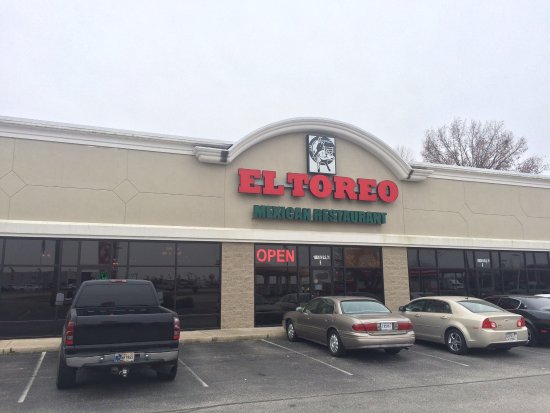 This is probably the worst Mexican restaurant I've been to. The salsa was uninspiring, the rice was tasteless, the ground beef horribly bland, the queso too salty. They even managed to get the refried beans wrong. The Chili Relleno was missing the chili. Unbelievable. There is nothing positive to write about here, so I will stop while I'm still ahead. We enjoy dining here--although honestly we prefer Qdoba. Burritos are our favorite with either chicken or the carnitas. Both rice choices are good as are both beans. My favorite sauce/topping is the pico de gallo and my wife likes the guacamole. 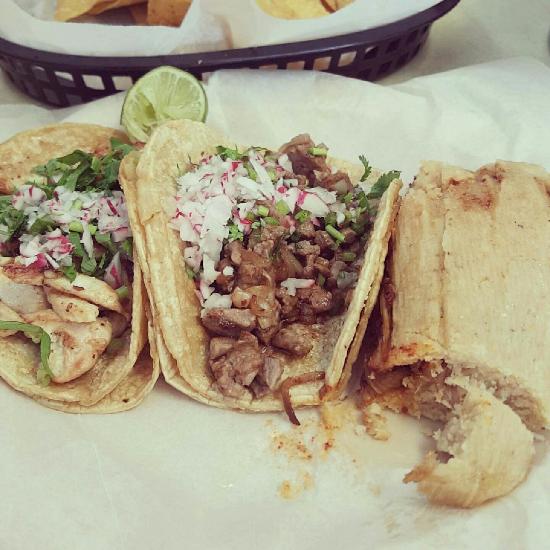 This restaurant has been around in various locations, in and around Columbus, for several years. They have settled into new digs in the revitalized State Street area, and offer perhaps more 'authentic' Mexican dishes than the typical run of such establishments. Want lengua? Menudo? Posole? You can get it here. The menu is in Spanish, with just enough gringo to help us monolingual folks to navigate it. The staff were cordial and attentive during our recent visit. My date had an enormous plate of excellent nachos, too much for her to finish, while my Enchiladas Mole, with four white-meat chicken wraps under a generous slathering of Mole sauce, crema, and cheese, accompanied with rice, was a treat. Alas, no beer is served. I sure could have enjoyed a Pacifico, but settled for a Coke. The place is simple, but spotless and in quite good order. The chips provided with the chips 'n salsa were the best I've had. Sabor is a welcome addition to the State Street corridor. 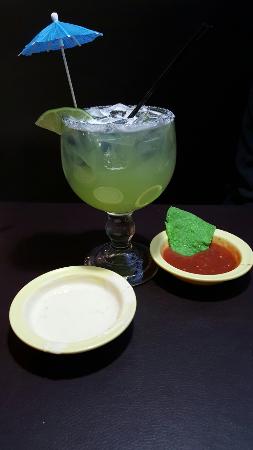 Good service, very reasonable prices, some items on menu not seen before. I had fajita nachos which I'd never seen before. Nicely seasoned. Vegetables tender crisp. Portion is large enough for two. Fun decor and music

Stopped here for lunch around 11 a.m. on a weekday morning. We were quickly seated and given a menu along with a basket of warm tortilla chips and a dish of house-made salsa - the latter was good, but could have been a bit spicier for our tastes (will ask next time if they have a hotter alternative). By the time our server came over to take our drink order, we were ready to also order our lunch, choosing the chili verde. Our food came out quickly. The pork was very tender and tasty in itself, but was exceptional with the tangy verde sauce. The accompanying refried beans and spanish rice was also good. We went with the corn tortillas (you can also get flour tortillas) - these too were fresh and wrapped in aluminum foil to keep them warm. The size of the serving and quality of food for the price was very good.Service throughout was pretty good. Our only complaint was we were seated a little too close to the front door so got a blast of cold air when anyone came in the restaurant - be sure to ask for a table away from the door if possible. Love the finely ground beef, Had burrito, enchilada and taco. Taste was just OK. Salsa and chips- disappointing- not much flavor, kinda of blah and very thin- certainly not chunky. Would not recommend, there is a Mexican restaurant on every corner in Columbus and there are better choices available. 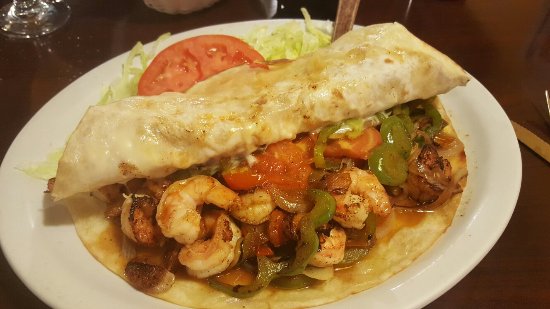 Was in town for a concert and chose this restaurant over another Mexican place in town based on trip advisor rankings. Was not worth it. Ordered seafood tacos with a lime margarita. The shrimp was overdone and the Krabmeat was ok. There was nothing else in the tacos but the shrimp and Krab. So pretty boring tacos. Nothing else in them. The lime margarita came in a wine glass and was eh. Not something I would order again. My daughter asked to upgrade her kids meal taco to shrimp. The meal was $5.50, they charged us $7.99 for her meal, for 3 shrimp! She ended up eating quite a bit of my meal because there wasnât much to hers. I canât believe adding shrimp increased the base price that much. Restaurant was freezing. It was warm when we got there and I guess they turned on the air and it blew freezing air right on us. Server didnât really check on us. Overall disappointed and wouldnât go back.