Top 7 Things to do in Lipari, Italy

Lipari (Italian pronunciation: [ˈliːpari], Sicilian: Lìpari, Latin: Lipara, Ancient Greek: Μελιγουνίς Meligounis or Λιπάρα Lipara) is the largest of the Aeolian Islands in the Tyrrhenian Sea off the northern coast of Sicily, southern Italy; it is also the name of the island's main town and comune, which is administratively part of the Metropolitan City of Messina. Its population is 12,734, but during the May to September tourist season, the total population may reach up to 20,000.
Restaurants in Lipari 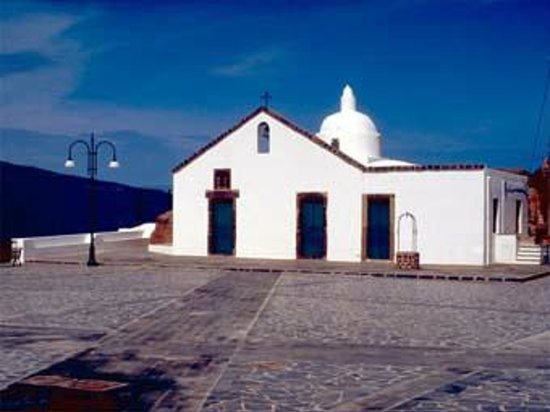 Exceptional view on almost all Islands (except Vulcano). Easy to find. A beautiful, old church. To see all Islands, you have to enter the small garden on the right side of the church. 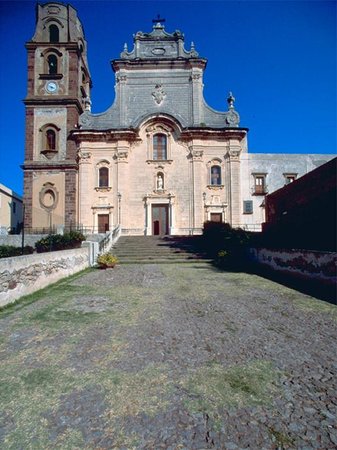 As was often the case, this 17th century cathedral-church of St. Bartholomew, replacing a destroyed Norman one was built at one of the highest sites in the town and as it overlooks the bay is thus a reasonably steep walk to get there. Being within the Citadel, it is next to the 17th century monastery which is now a large and important archaeological museum. The baroque interior is very beautiful with its overall symmetry and magnificent ceiling. There is a 1728 silver statue of the patron saint in the Cathedral. 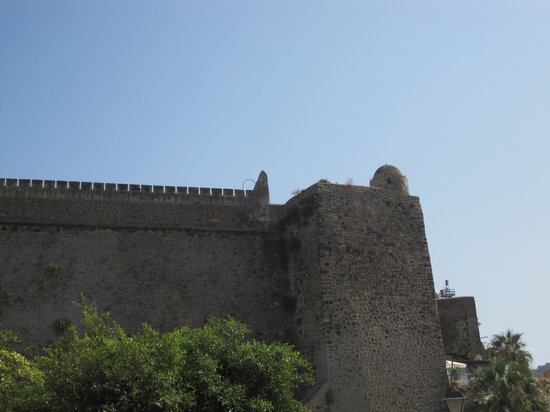 A wonderful surprise on this beautiful Sicilian island, this museum exhibits an extraordinary rich and varied collection of artefacts from the long and very rich history of the Aeolian Islands, including their complex geology and vulcanology. A must-see 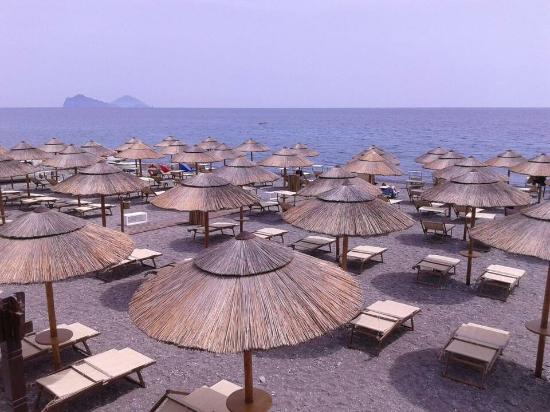 After getting stung by a jellyfish at Acquacalda and seeing many in the water at other locations, we tried Coral Beach because they use a net that dramatically reduces the chance of coming into contact with the pesky things. Certainly it's more popular than other Beaches so therefore less tranquil, but they do have more facilities (items for water play, wifi, a cafe, etc). Staff were attentive and the price was in line with other Beaches in the region. I use this beach again. 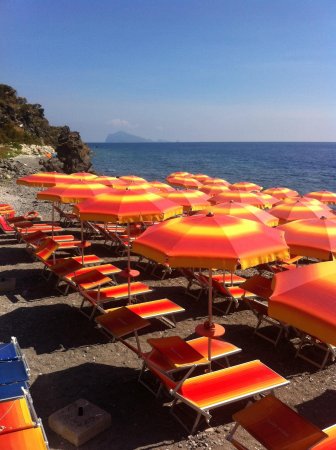 We have enjoyed the views, the warmth of the water, and the food in the nearby cafe (good fruit salad, slightly salty panini, a good choice of ice creams and cheap bottled water), however the surprise comes when you start asking for the direction to the nearest toilet... it does not exist and all tourists (50-100 per day) for the past year have been asked to 'do it' into the sea. with no rocks to or bushes to hide in, the water is the only option! local cafe has not had a working sewage since last year, so level of sanitation on the beach remains a mystery. will not visit again and would not recommend!
ah, and the paid-for jelly-free area of the bay is not really jelly-fish free, and the person on duty does not seem to care about it! you can get a net if you want to catch it by yourselves! It seems that there were more people getting bitten in that area than around it! 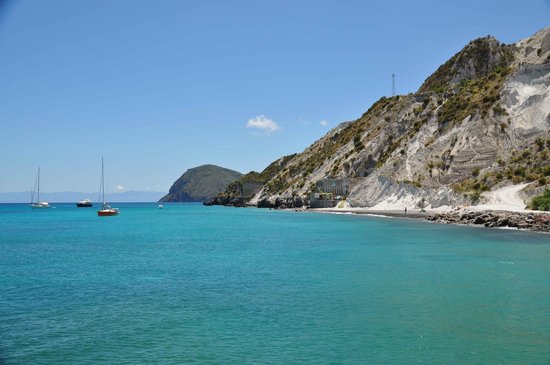 Not every day you can see the sea close to mine of pumice stone, so I think that is a particular place where to go in Canneto (Lipari). A small tip: don't go if there is wind because the dust could be annoying. 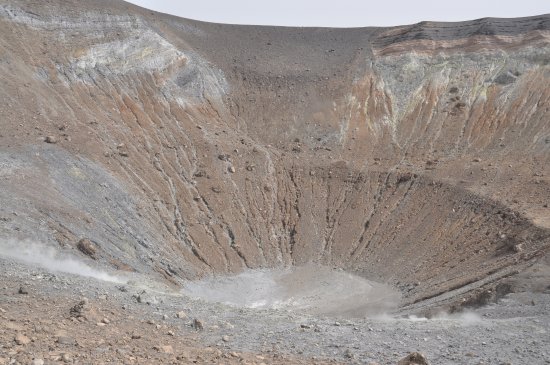 We hiked up Vulcano in the sun and heat (37 degrees Celcius). The road is sandy, gravelly, and relatively steep. But our effort was rewarded. The panoramic view was well-earned.
The large crater is a very interesting sight. The view over the other Islands was spectacular (we could even see Mt Etna spewing smoke). And, my favorite, the field of sulfurous fumaroles is very cool. Scaldingly hot gases escaping the earth condense into delicate, brilliant yellow sulfur crystals around the rim of the crater.